Most of the time that I had been to Berlin before, was for work. This was the first time I was here for leisure, that too for a weekend with my family. As expected, the Berlin vibes hit me through that weekend.

No wonder I booked flights to Berlin the very next weekend again to continue relishing the “Berliner charm”. Here goes some compositions from the German capital city which is in-fact completely different from the whole of Germany! 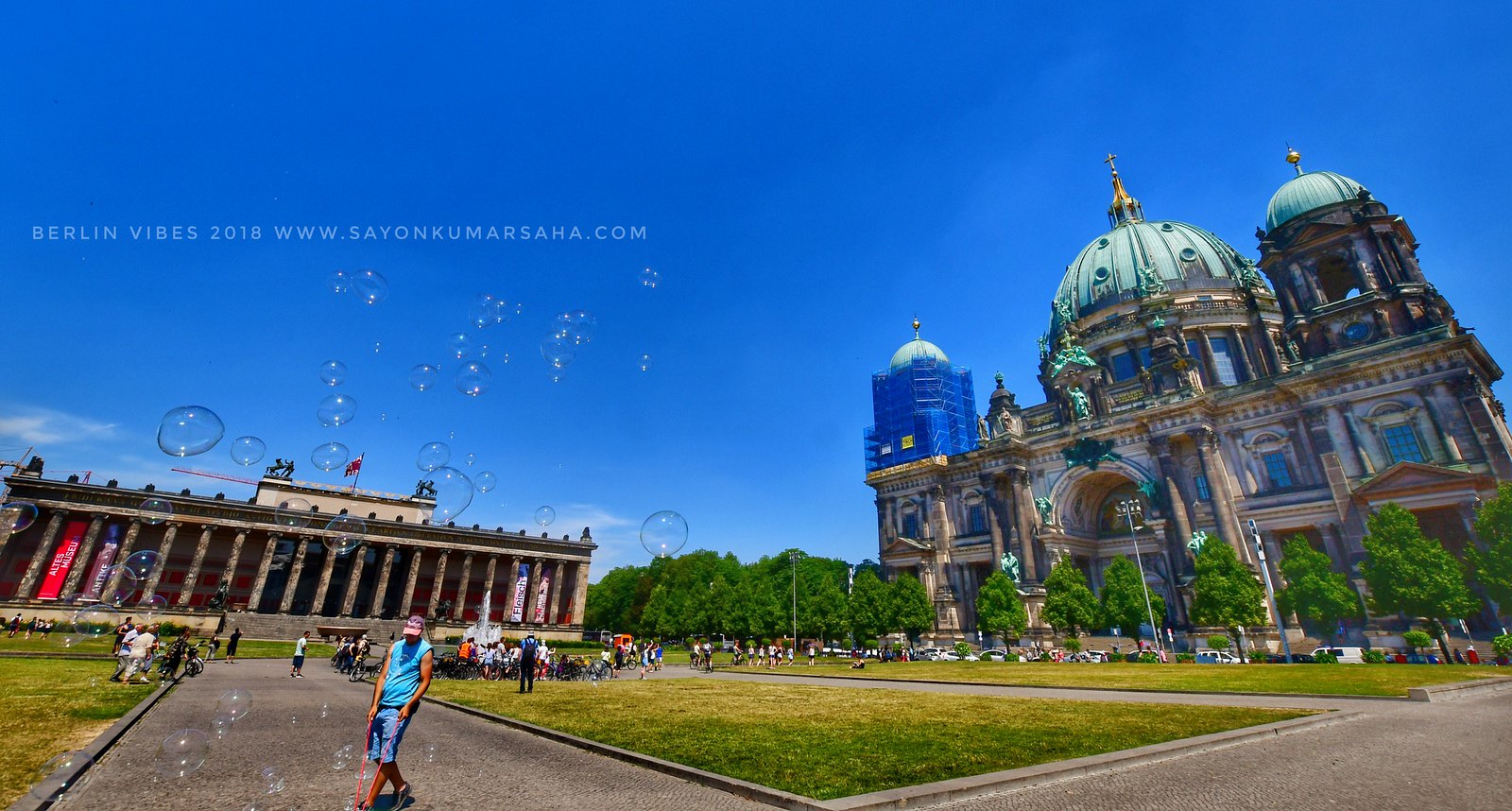 The ambience you would not want to miss on a summer afternoon by the gorgeous Berliner Dome.

It is evident how the vibes are extraordinarily unique at the East Side Gallery of Berlin! 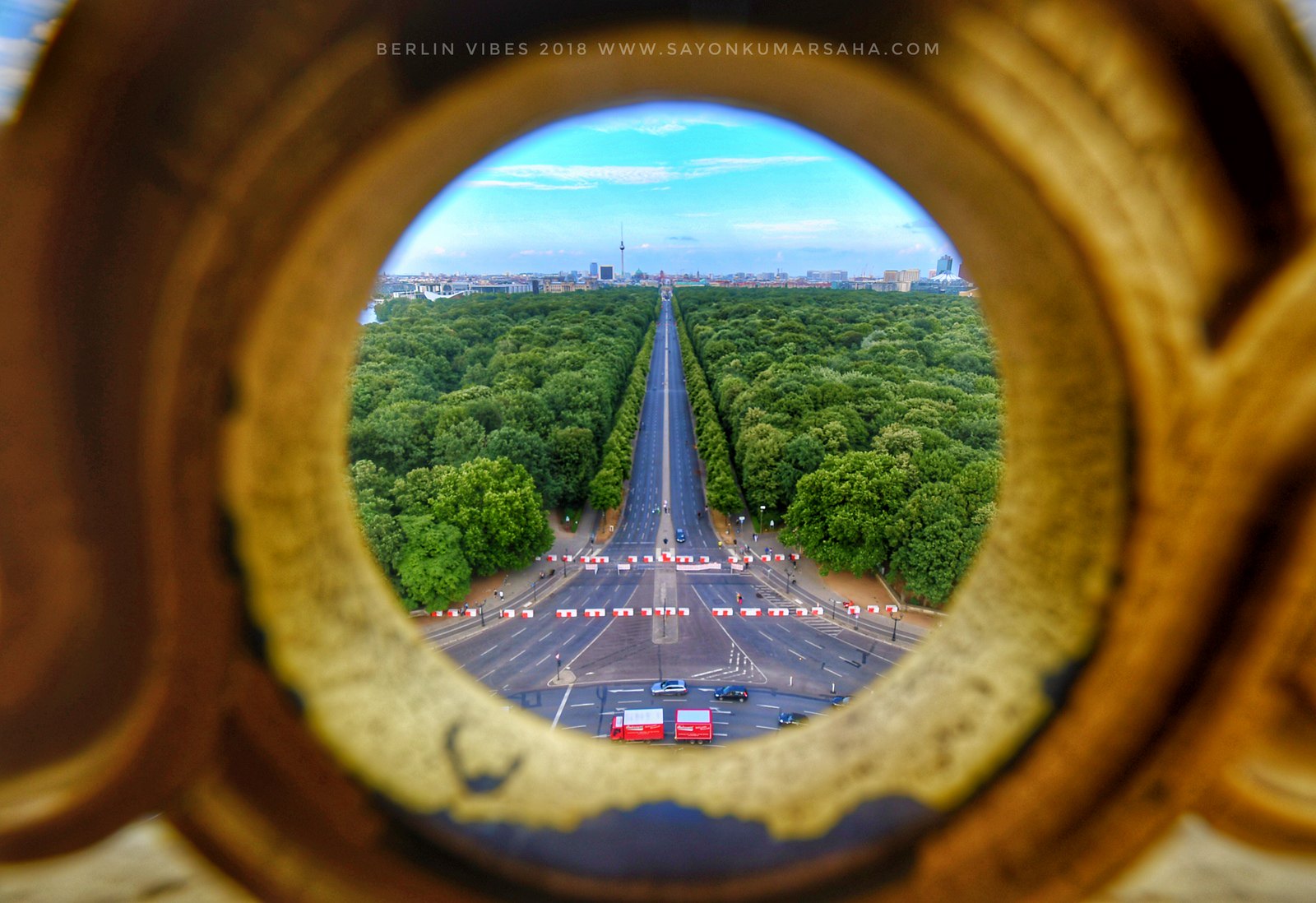 Berlin sneak-peak of Berlin from the Siegessäule, Victory Column! 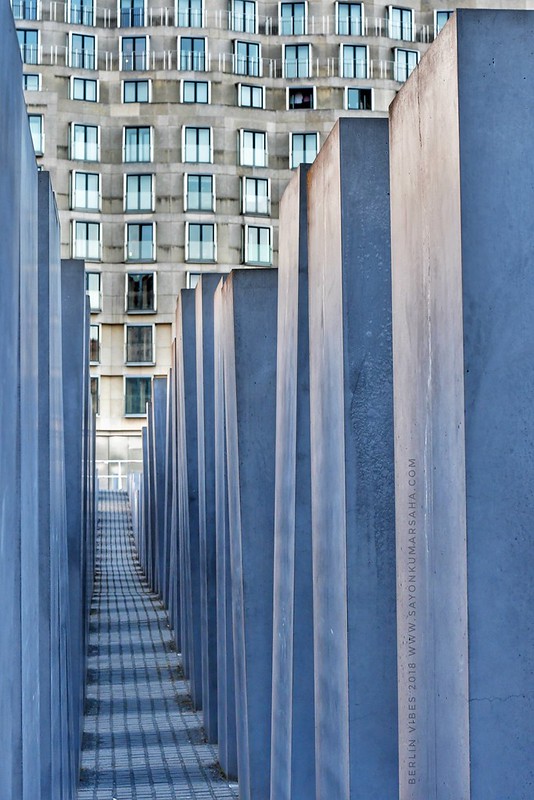 Holocaust Memorial or the Holocaust-Mahnmal: The chill along your spine every-time you walk by the this memorial to the murdered Jews of Europe! 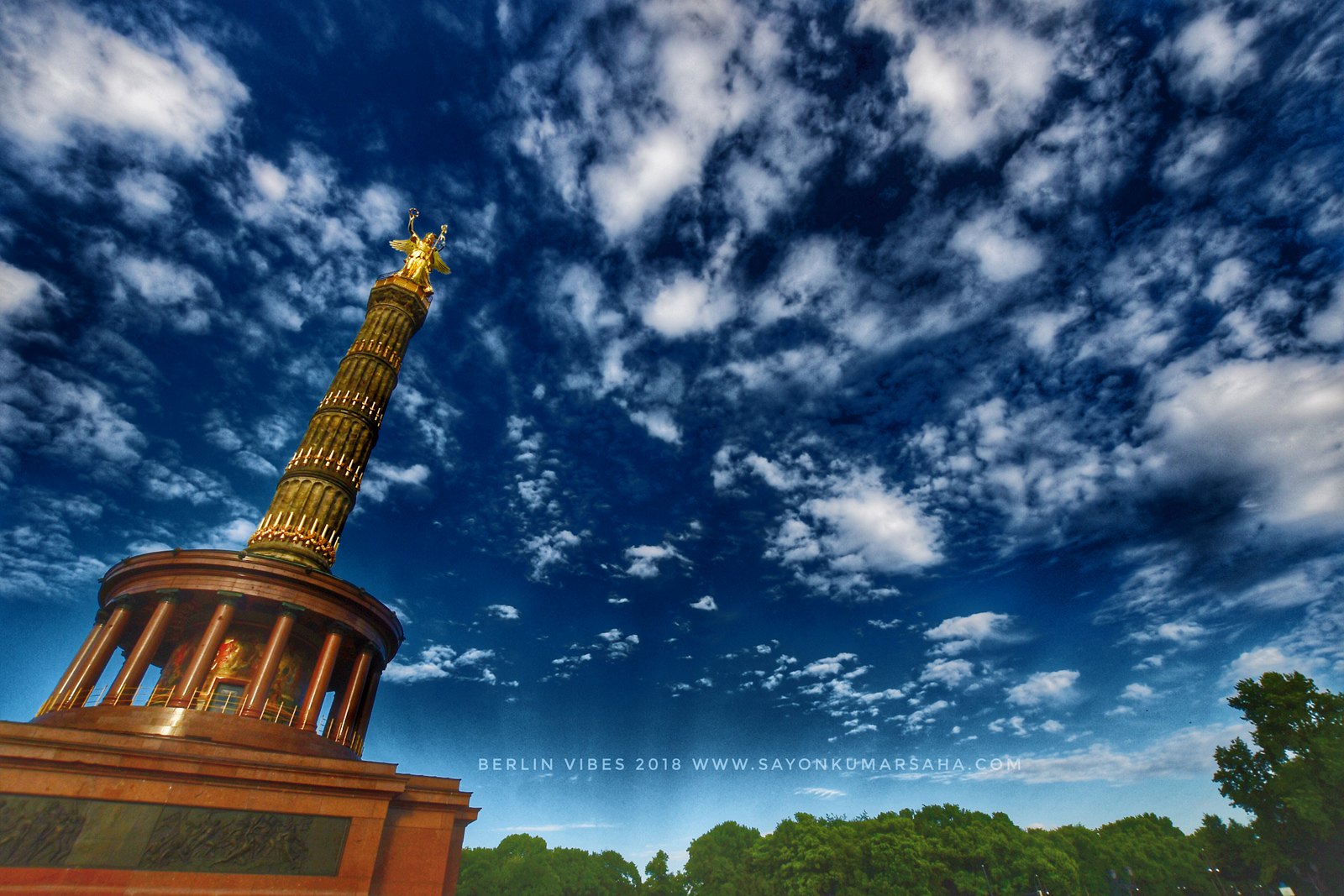 Clouds soaring past the Siegessäule: Victory Column built in 18th century to commemorate the Prussian victory in the Danish-Prussian War! 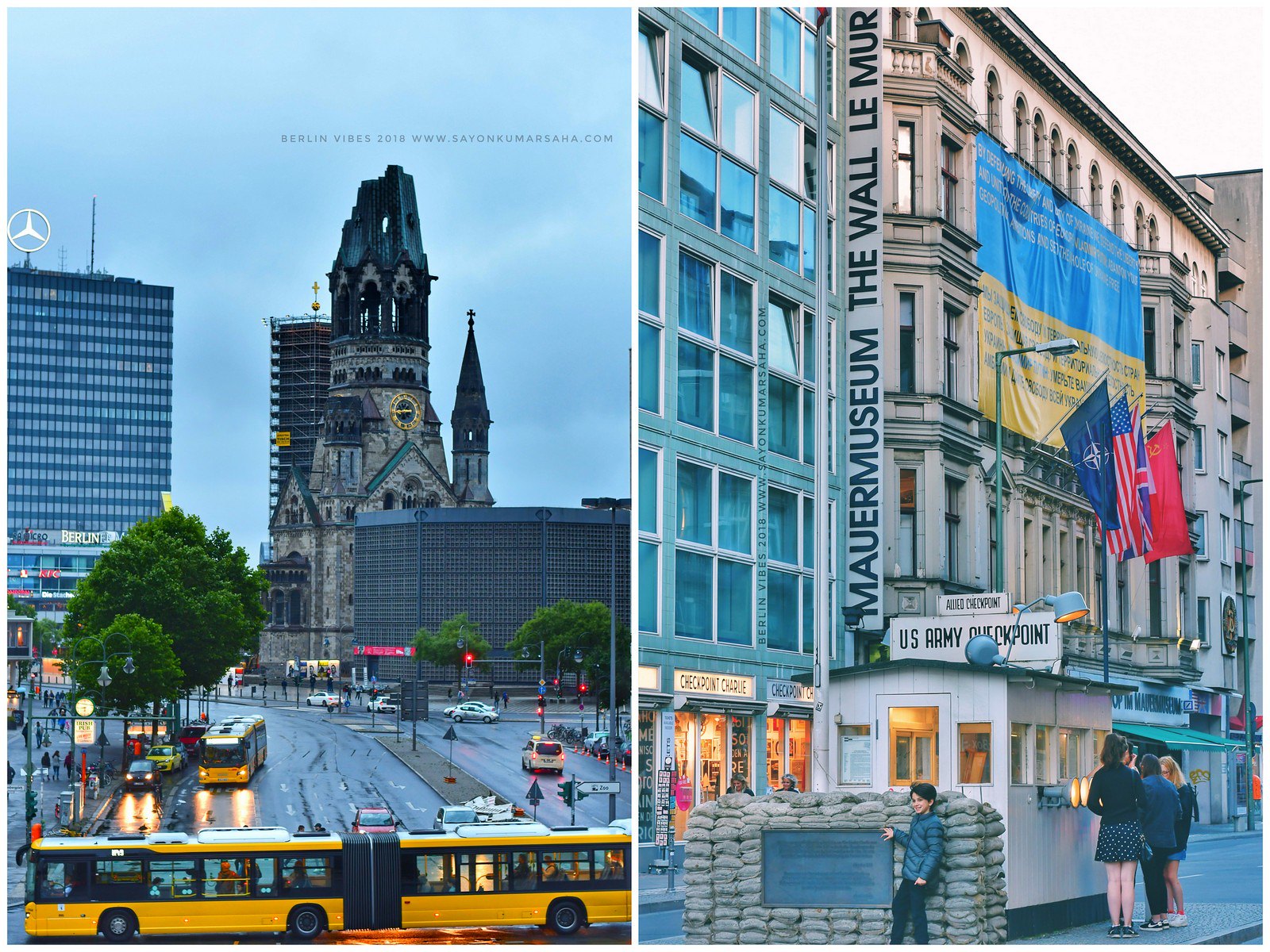 On the left: Gedächtniskirche: The Kaiser Wilhelm Memorial Church is one of those rare churches that lost it’s spire during the war, and retained likewise. It is nicknamed by Berliners as the “der hohle Zahn“, meaning “the hollow tooth”.

On the right: Checkpoint Charlie: The famous Berlin Wall crossing point between East Berlin and West Berlin during the Cold War that became a location of Soviet and American tanks facing each other during the Berlin Crisis. 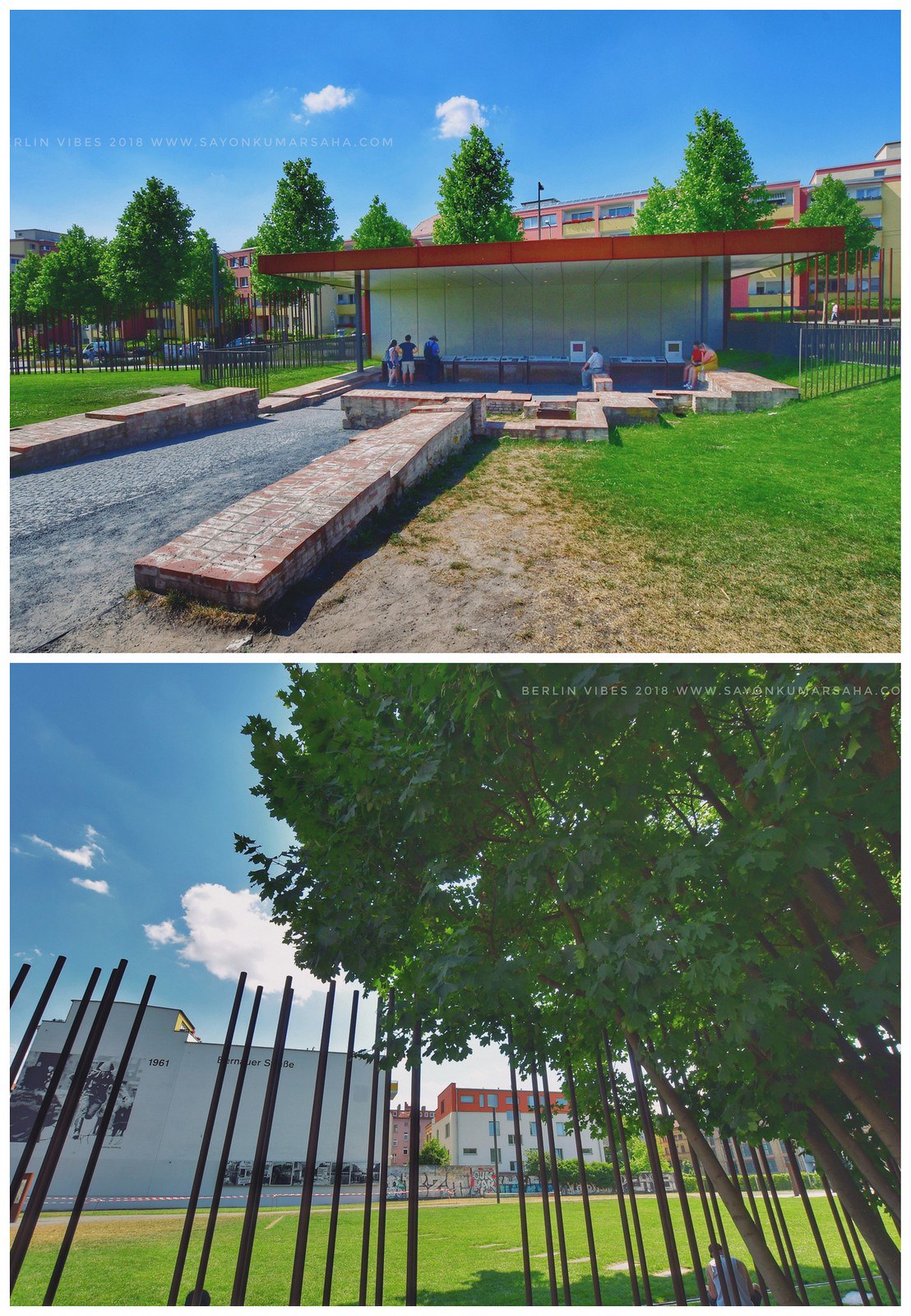 Going back in time with the remains of the Berliner Mauer, or the Berlin Wall: Dividing East & West Berlin physically & ideologically for more almost 30yrs with rich history of war & grief existing across German generations. 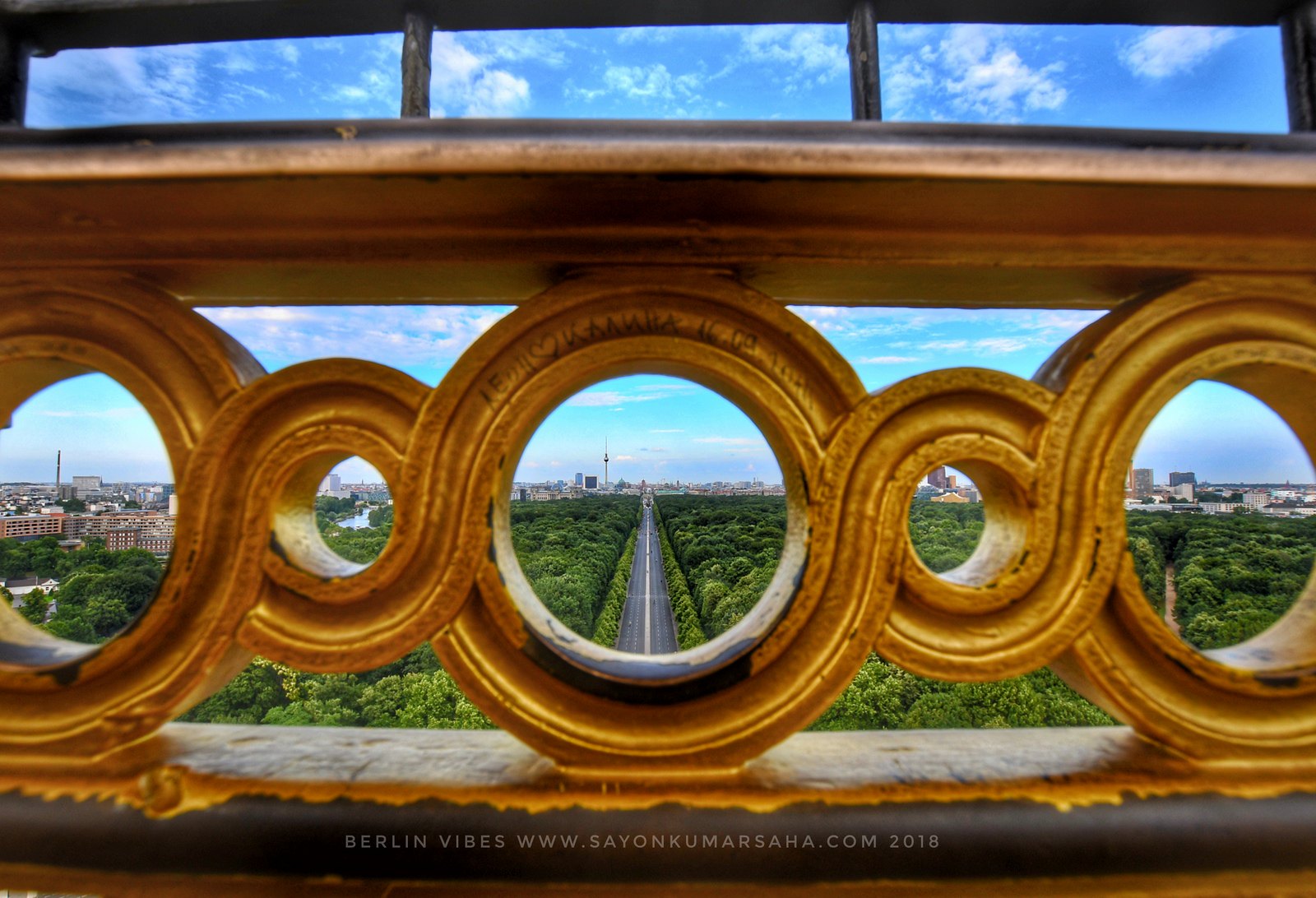 Sneak-peak of Berlin from the Siegessäule, Victory Column! 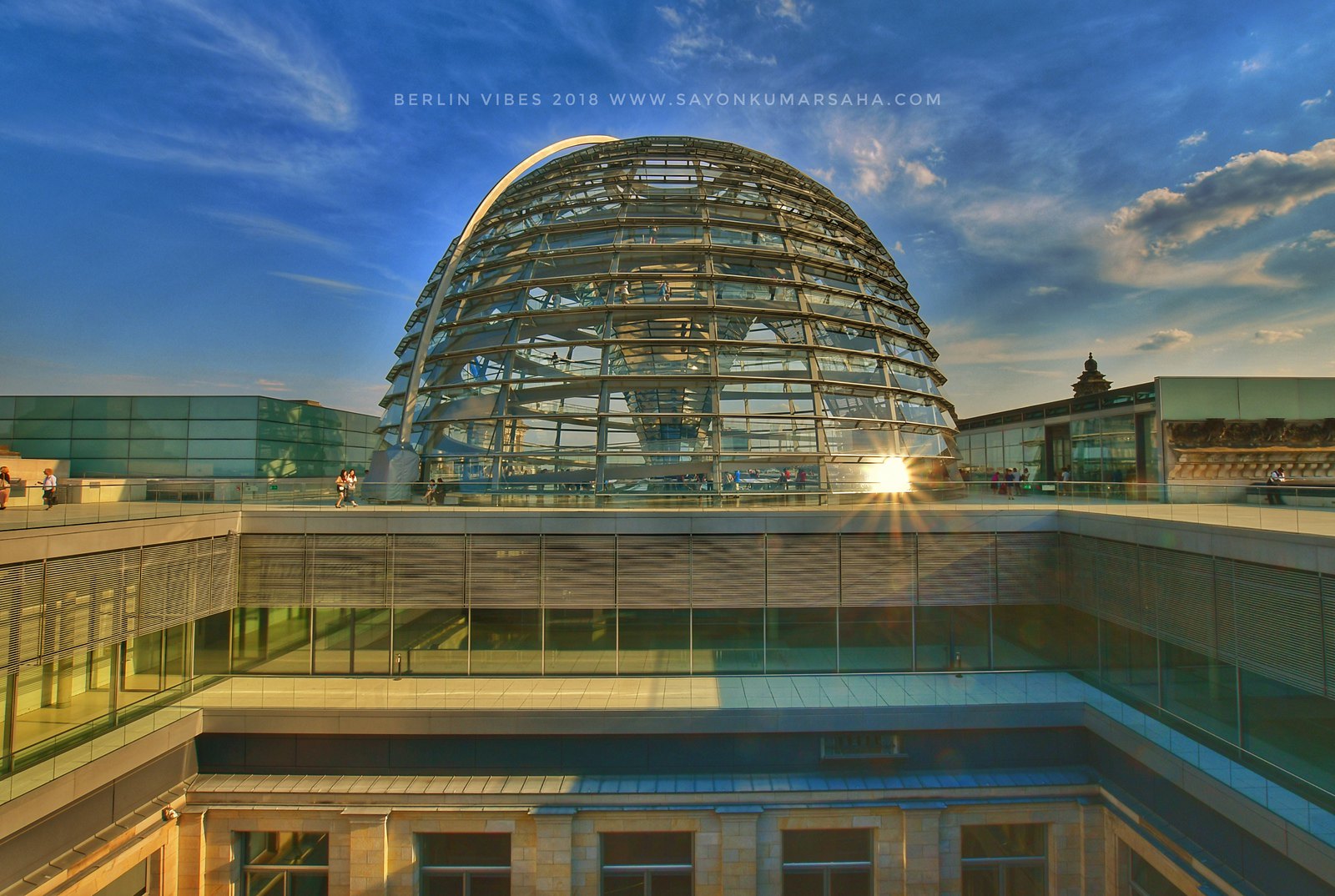 Reichstagsgebäude: Sunset by the terrace of the Reichstag building! 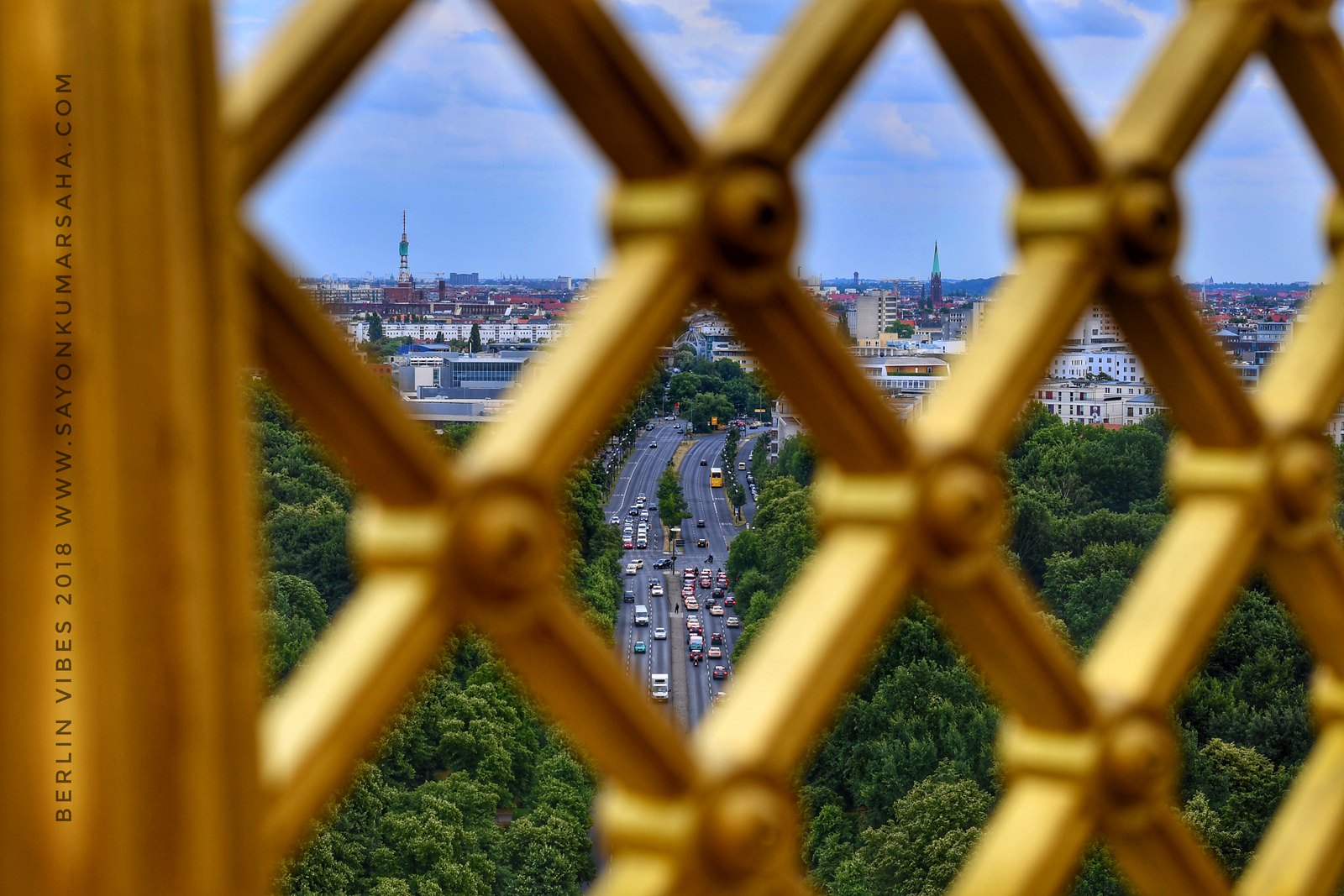 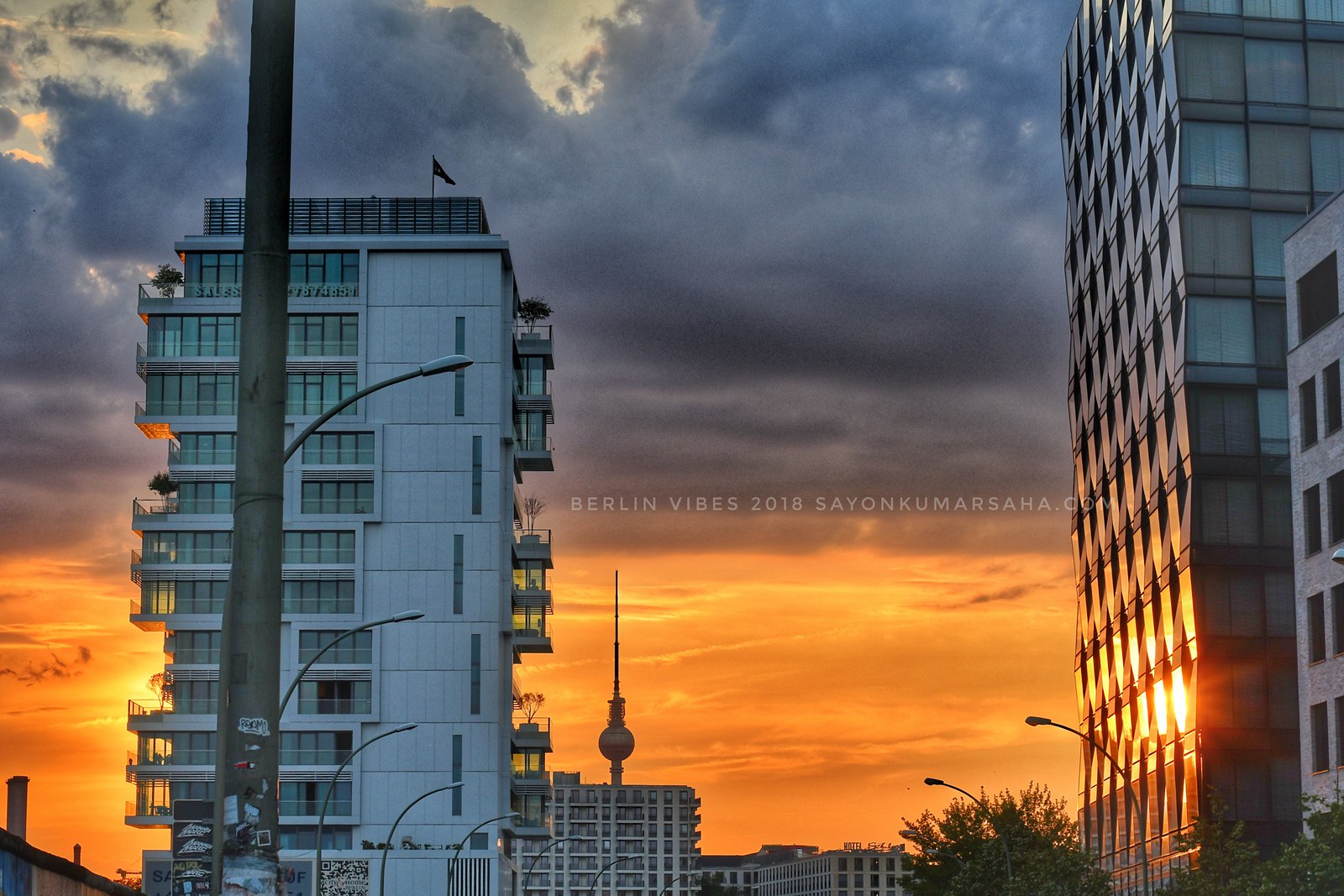 Golden sunset by the East Gallery overlooking the TV tower! 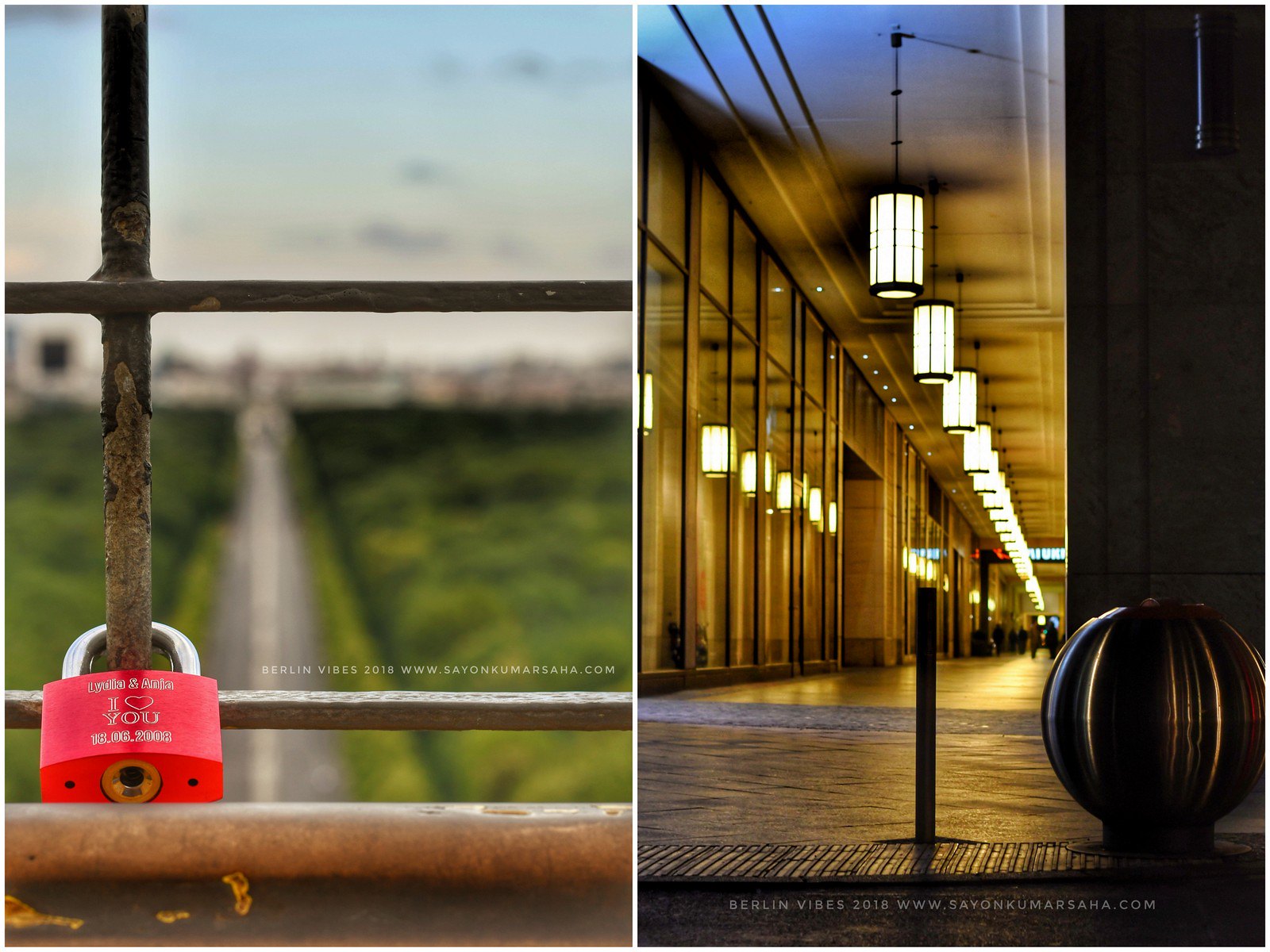 Be it day or night, creating compositions in Berlin is uniquely mesmerising. 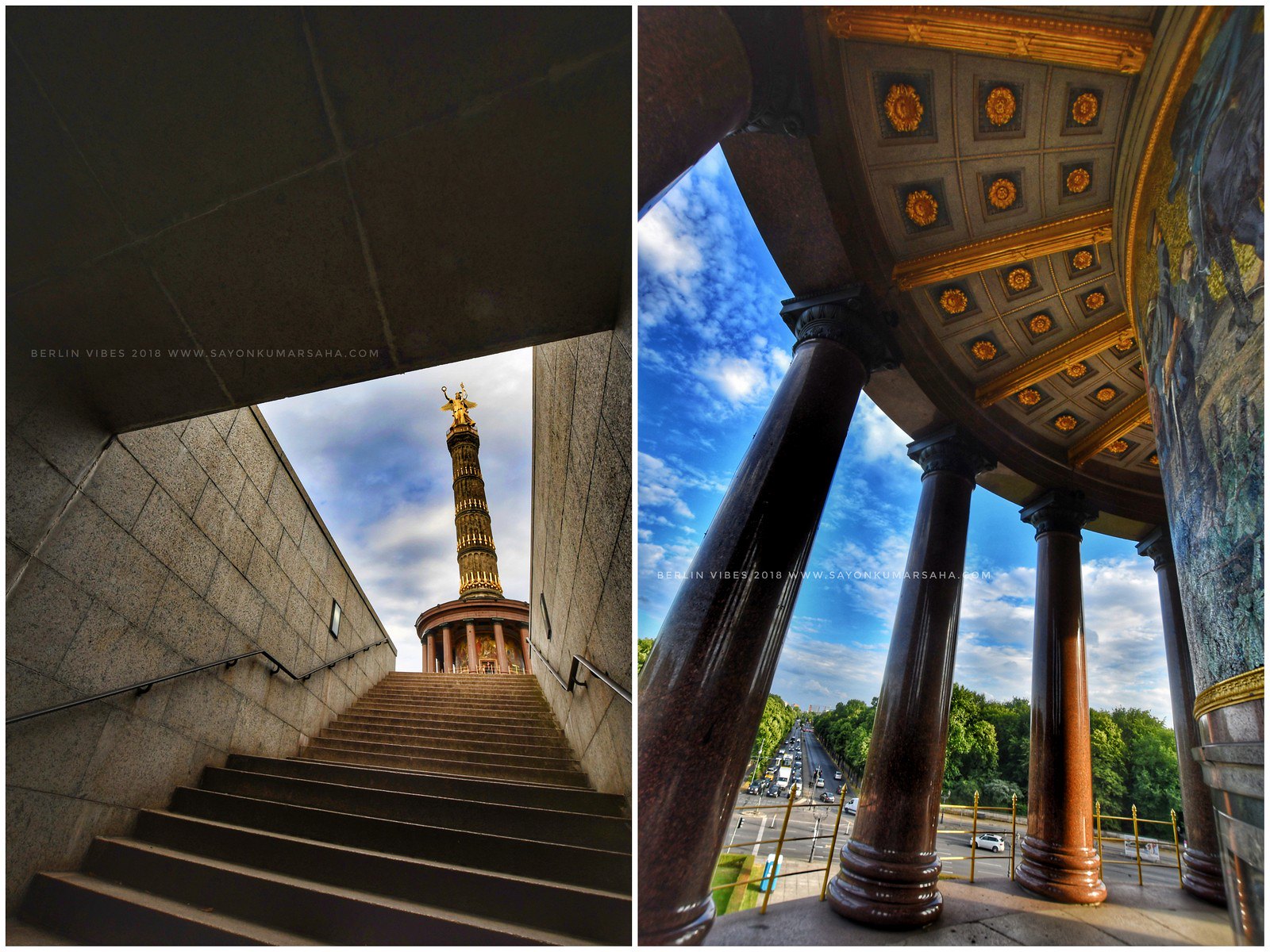 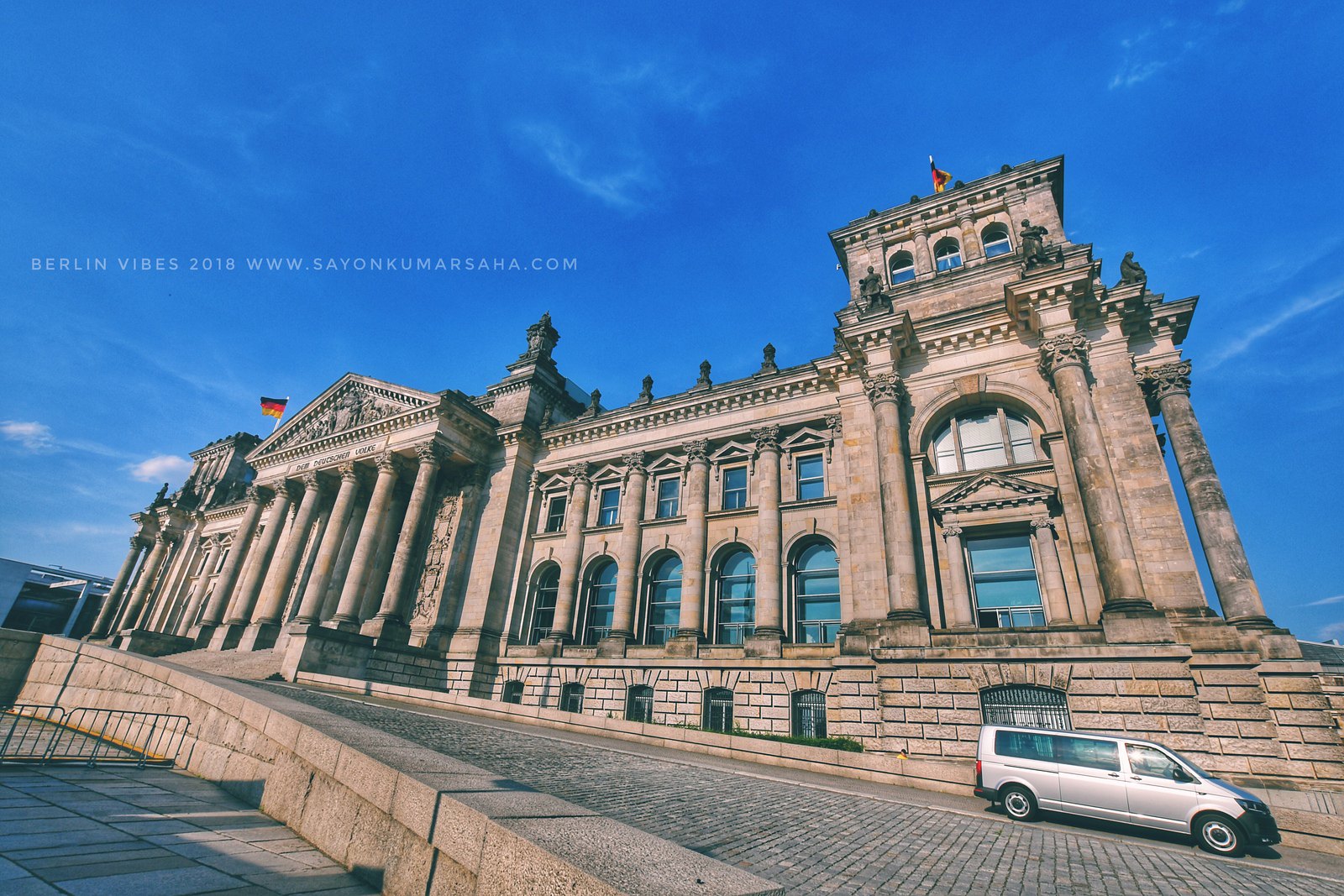 Reichstagsgebäude: This house of the German Empire in the early 19th century was set on fire during World War II.  Thereafter, East and West Berlin had their own political meeting points. Only recently a couple of decades back it once again became the seat of official German parliament, Bundestag. 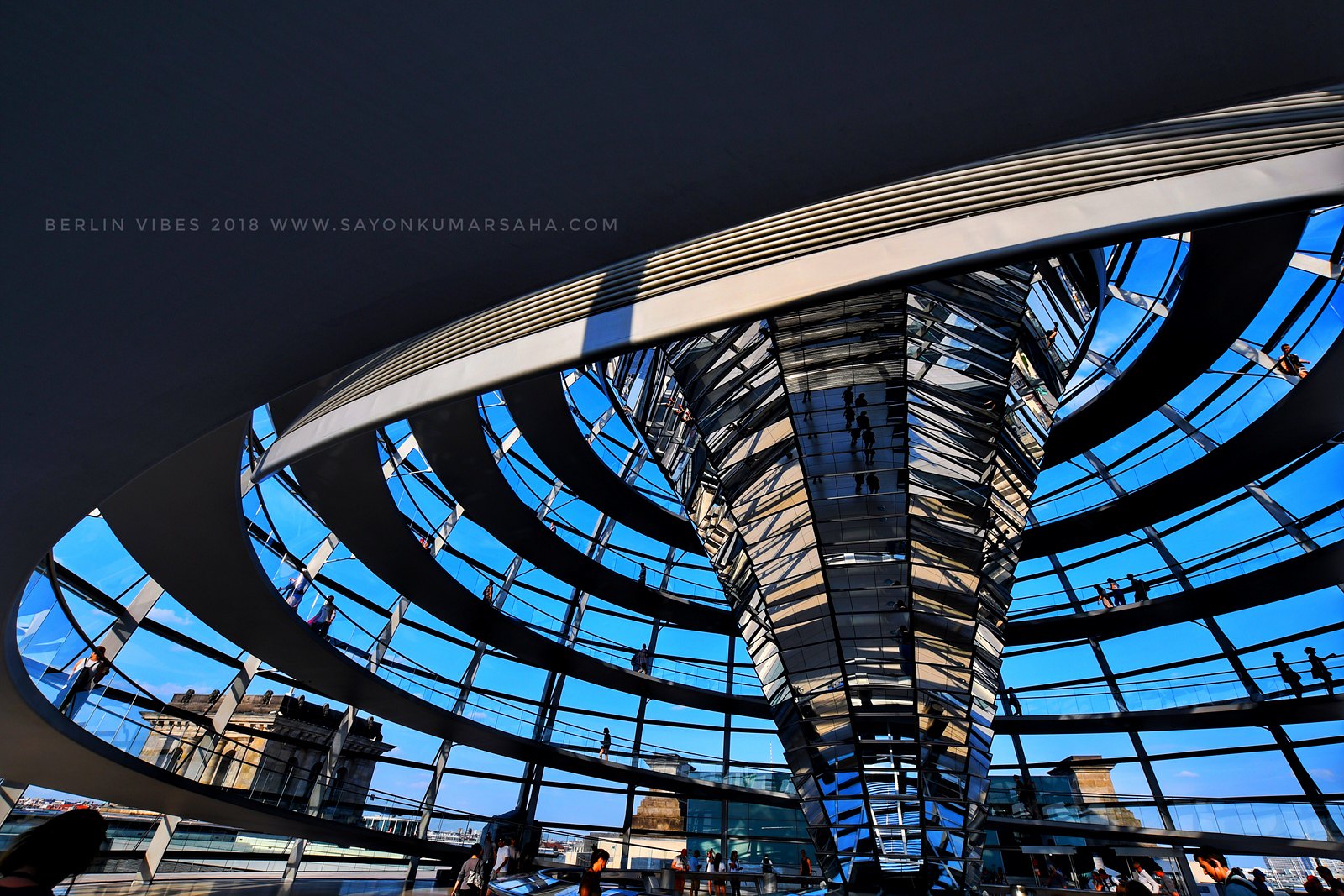 The top of the Reichstagsgebäude is a glass stairway for tourists to overlook the Berlin horizon! 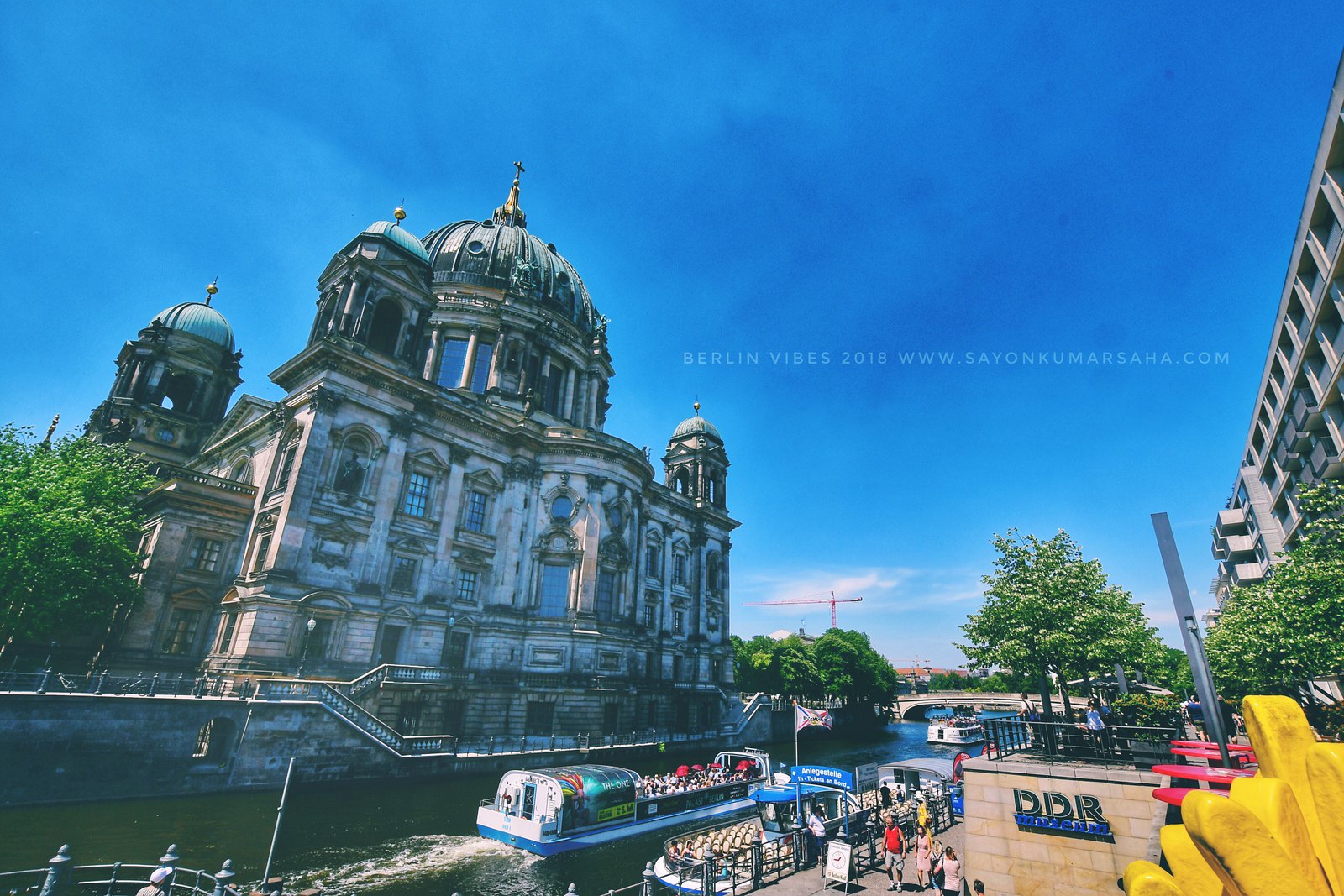 The gorgeous Berlin Dome at Museum Island: Parish church with history going back to Roman catholic place of worship in the 15th century! 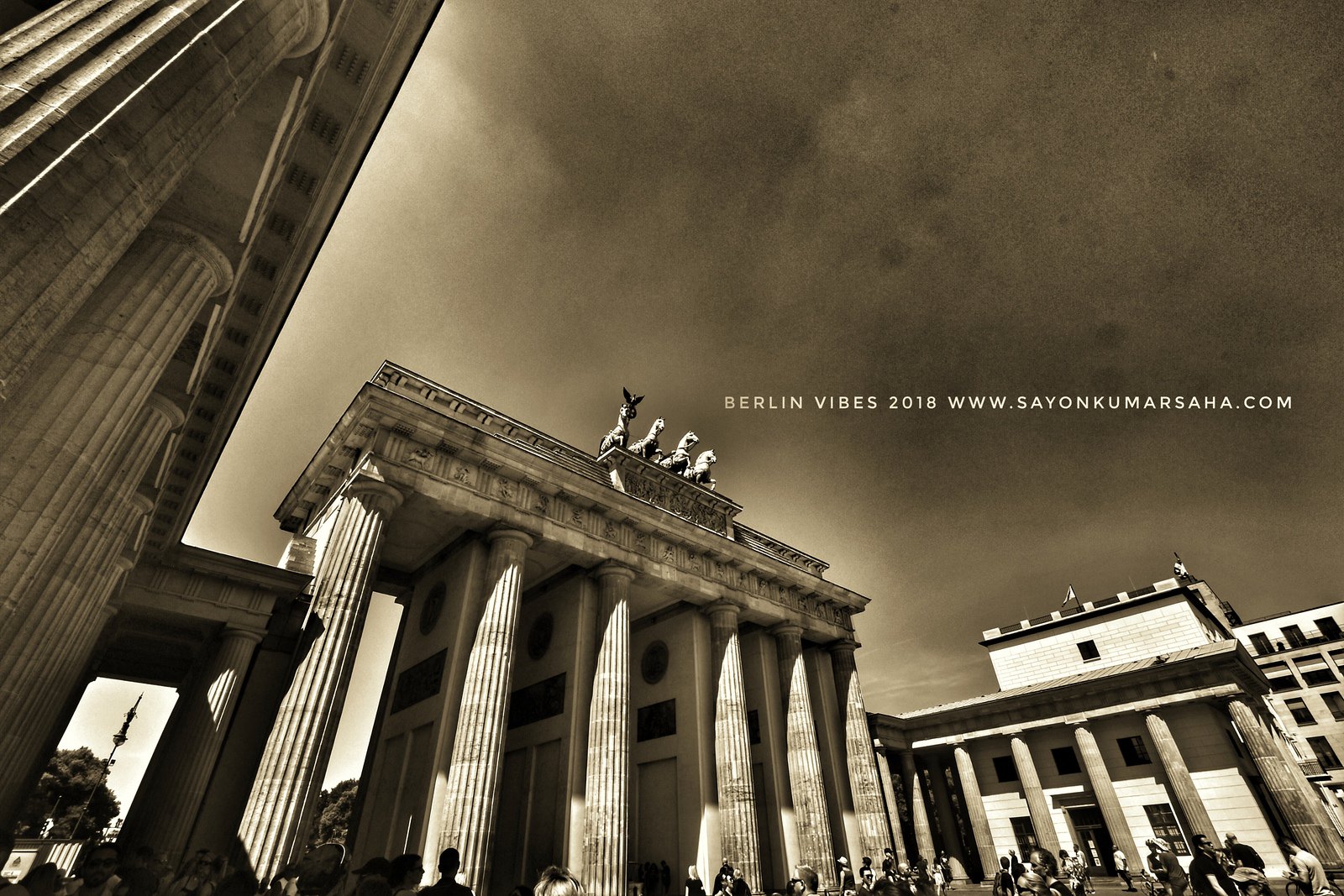 Brandenburger Tor: The neoclassical monument of Brandenburg Gate is an eye-witness of innumerable historical events of Europe and Germany. Today it the symbol of European unity and peace. 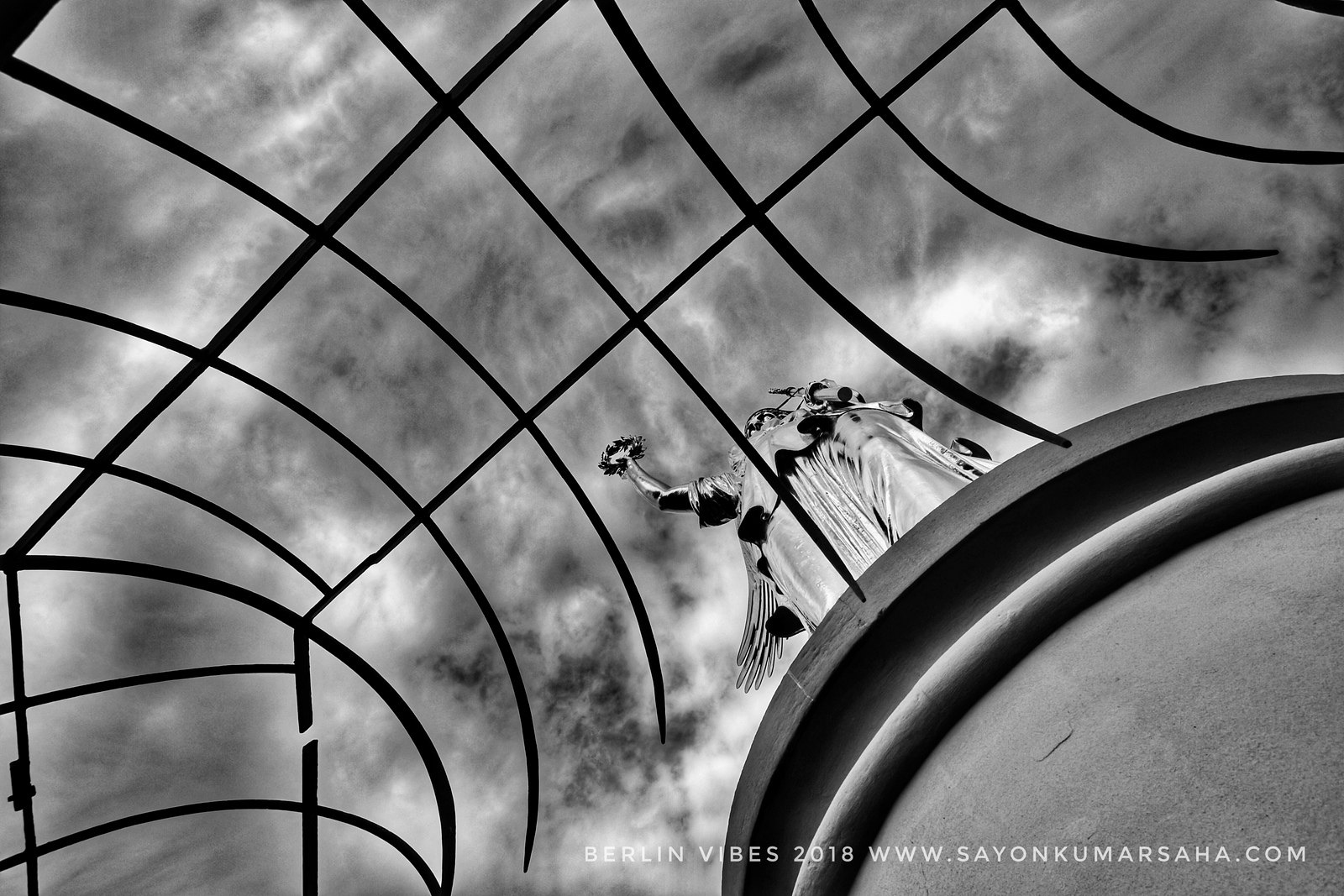 Clouds soaring high by the Siegessäule! 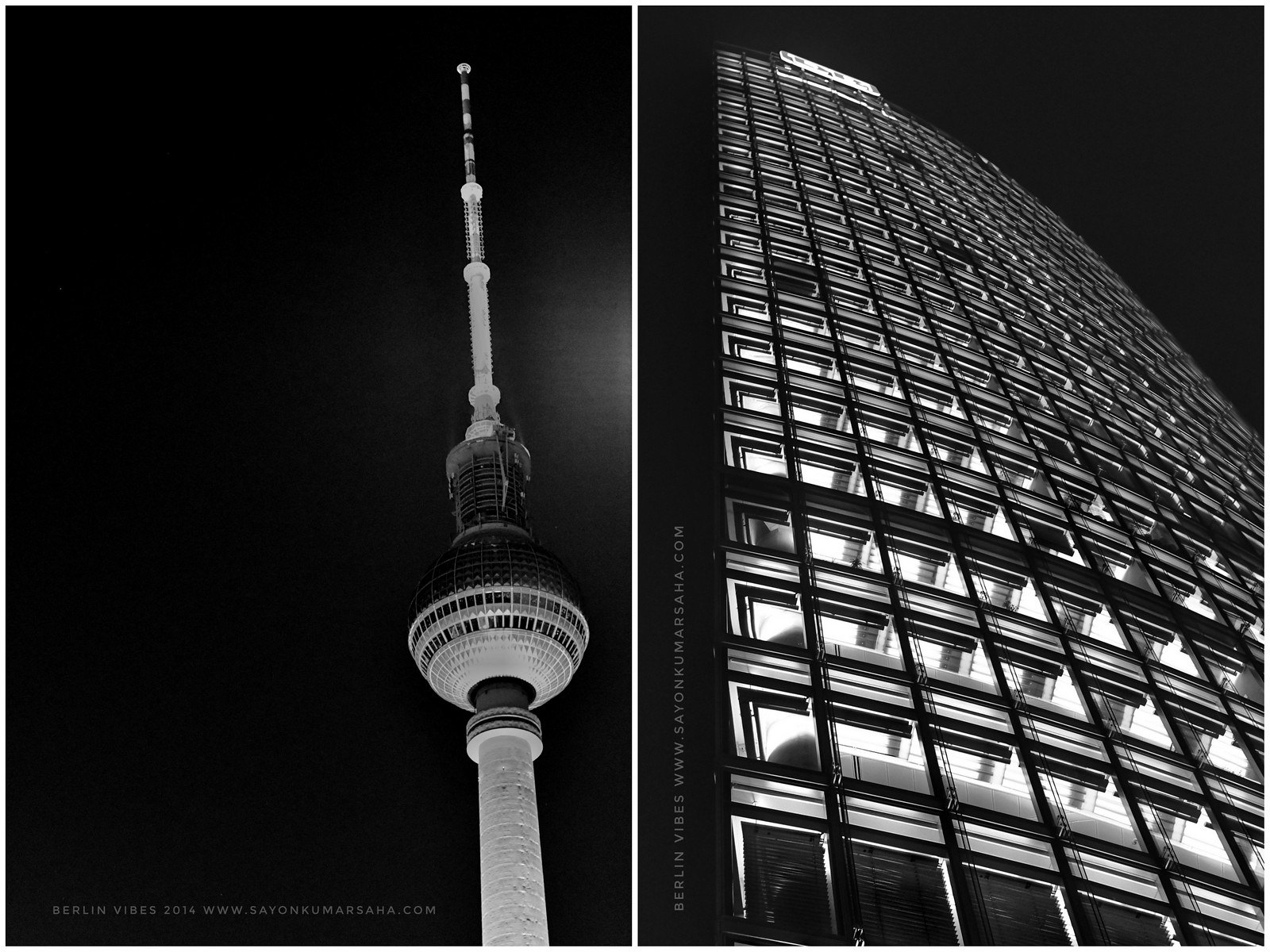 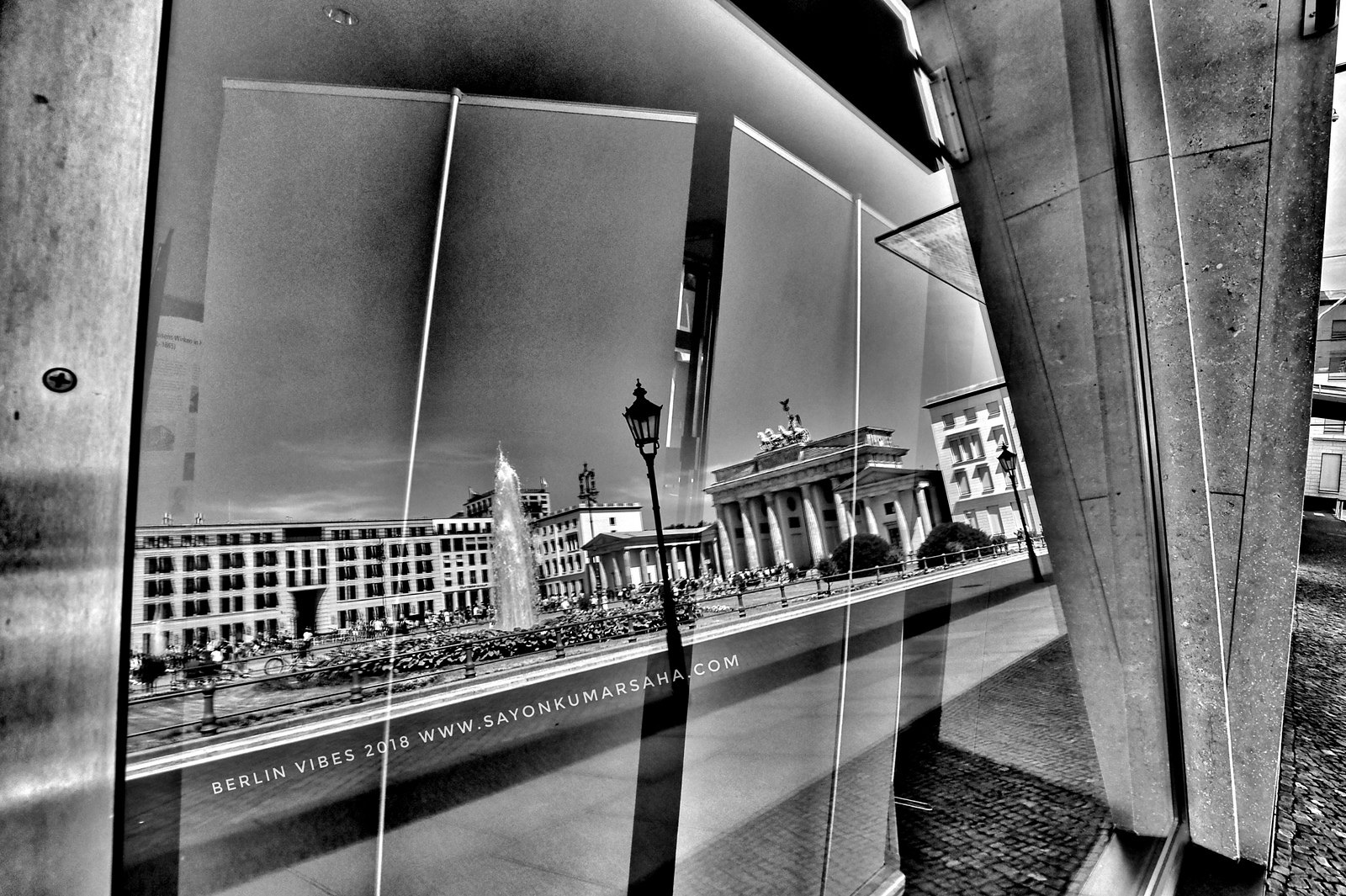 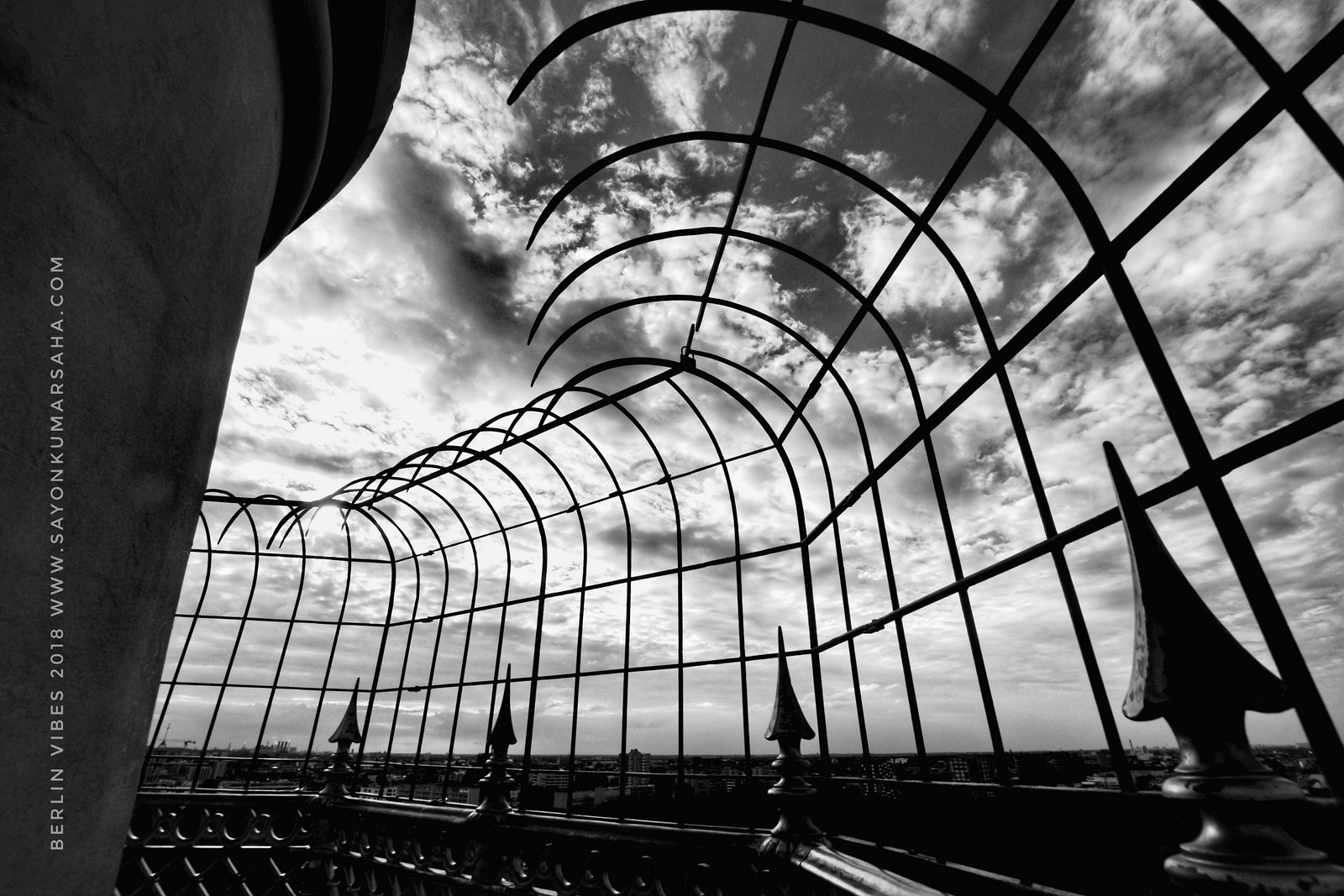 Soaring clouds along the sharp edges of Berlin Victory Column. 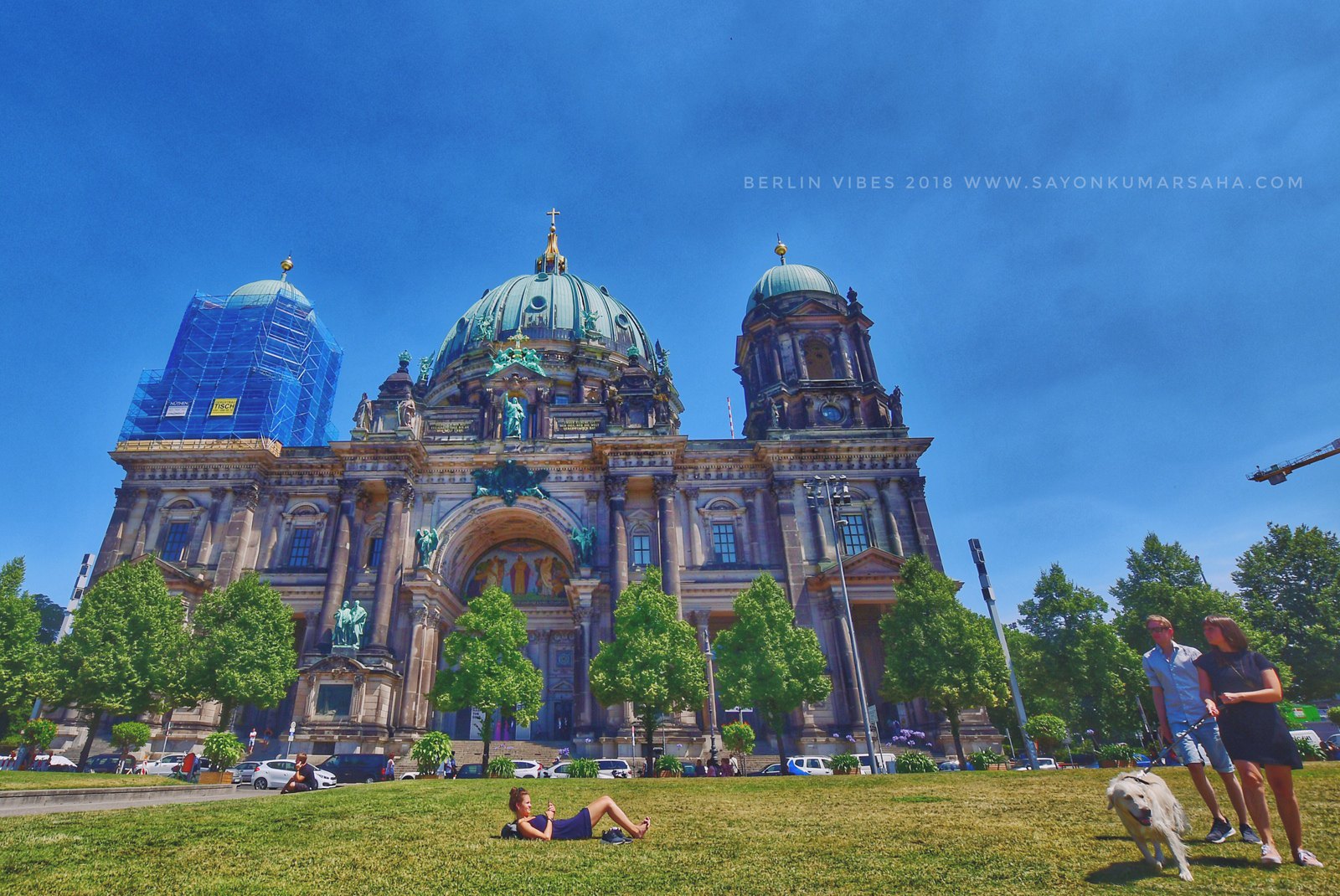 Going back to the summer afternoon outings by the beautiful garden of Berliner Dome. 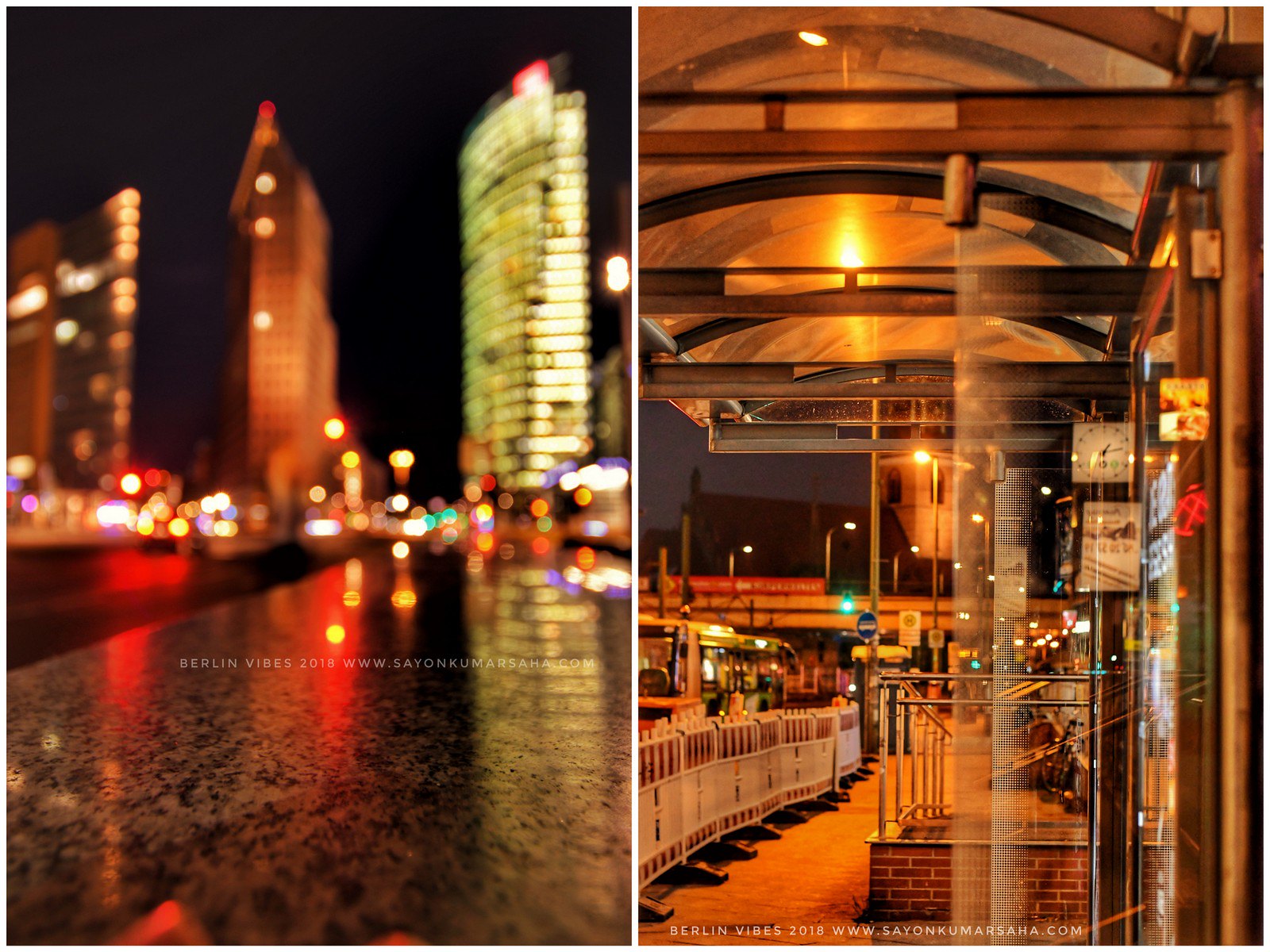 Berlin night-life can be very different, considering if you choose the modern Alexander Platz or the hippie East Berlin. Shooting the East Berlin hippie culture should be my next visit target. 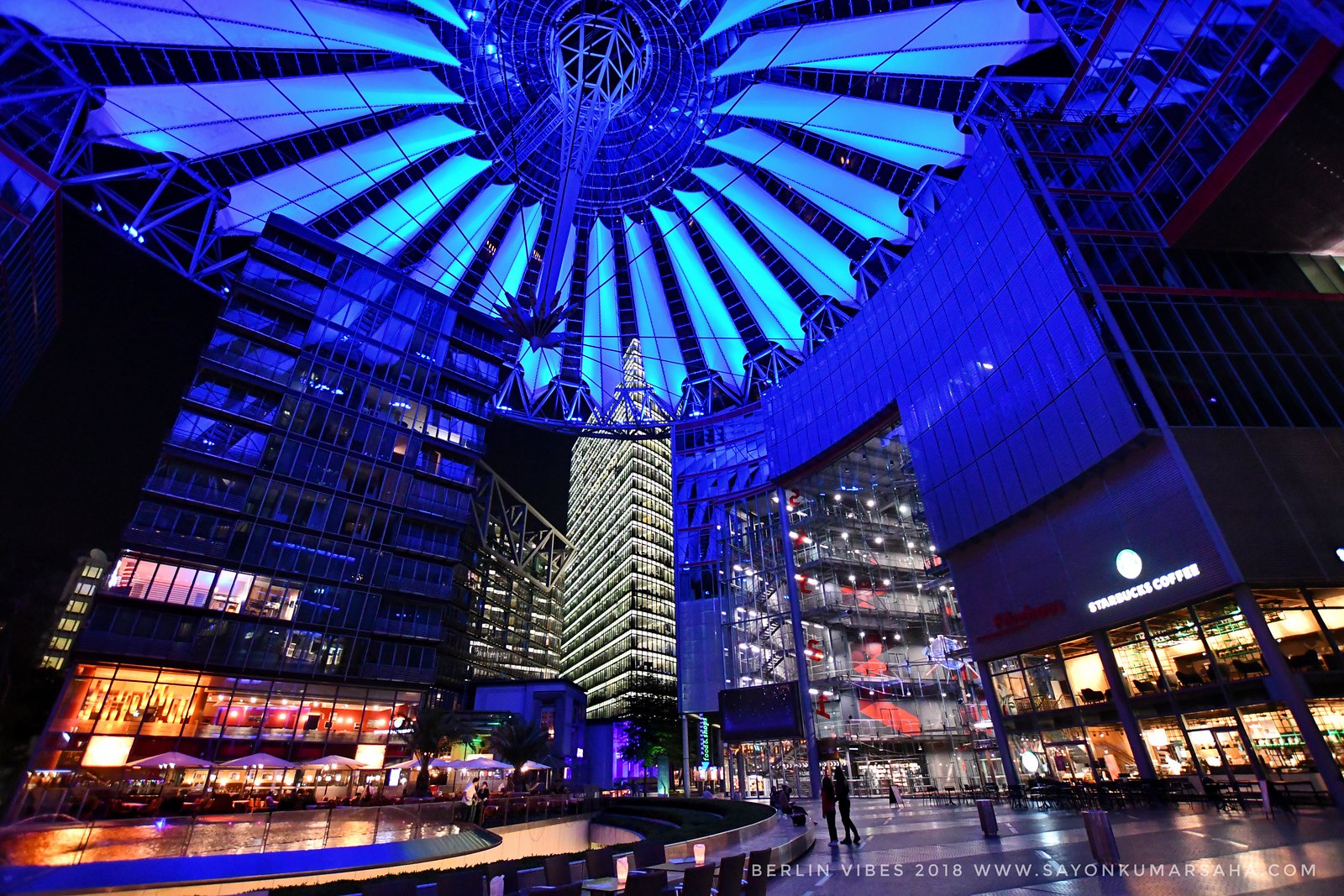 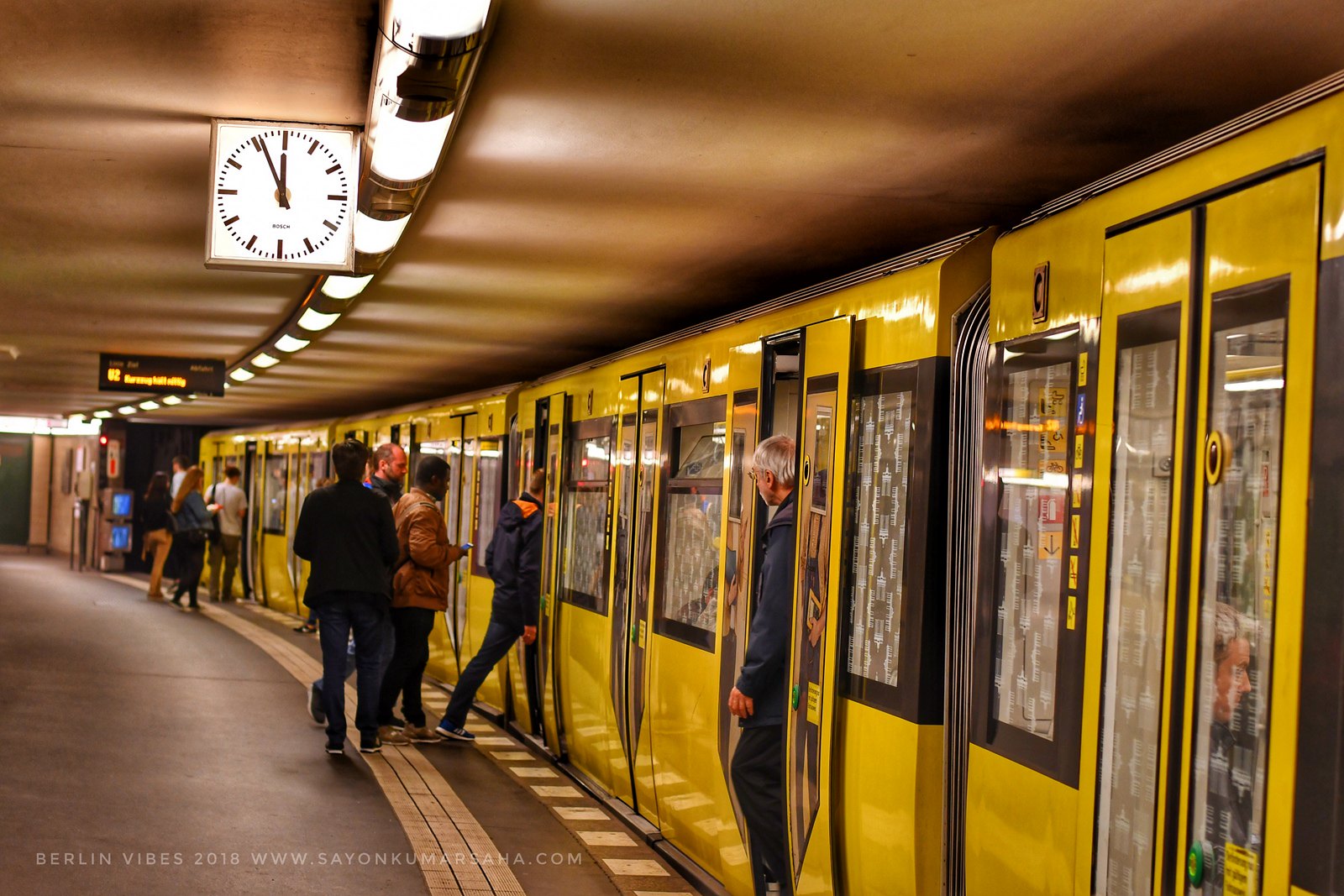 Berlin metro-station midnight-story: Berliner Ubahns can take you back in time machine. Making a photo-story on the Berliner train station stays in my bucket list. 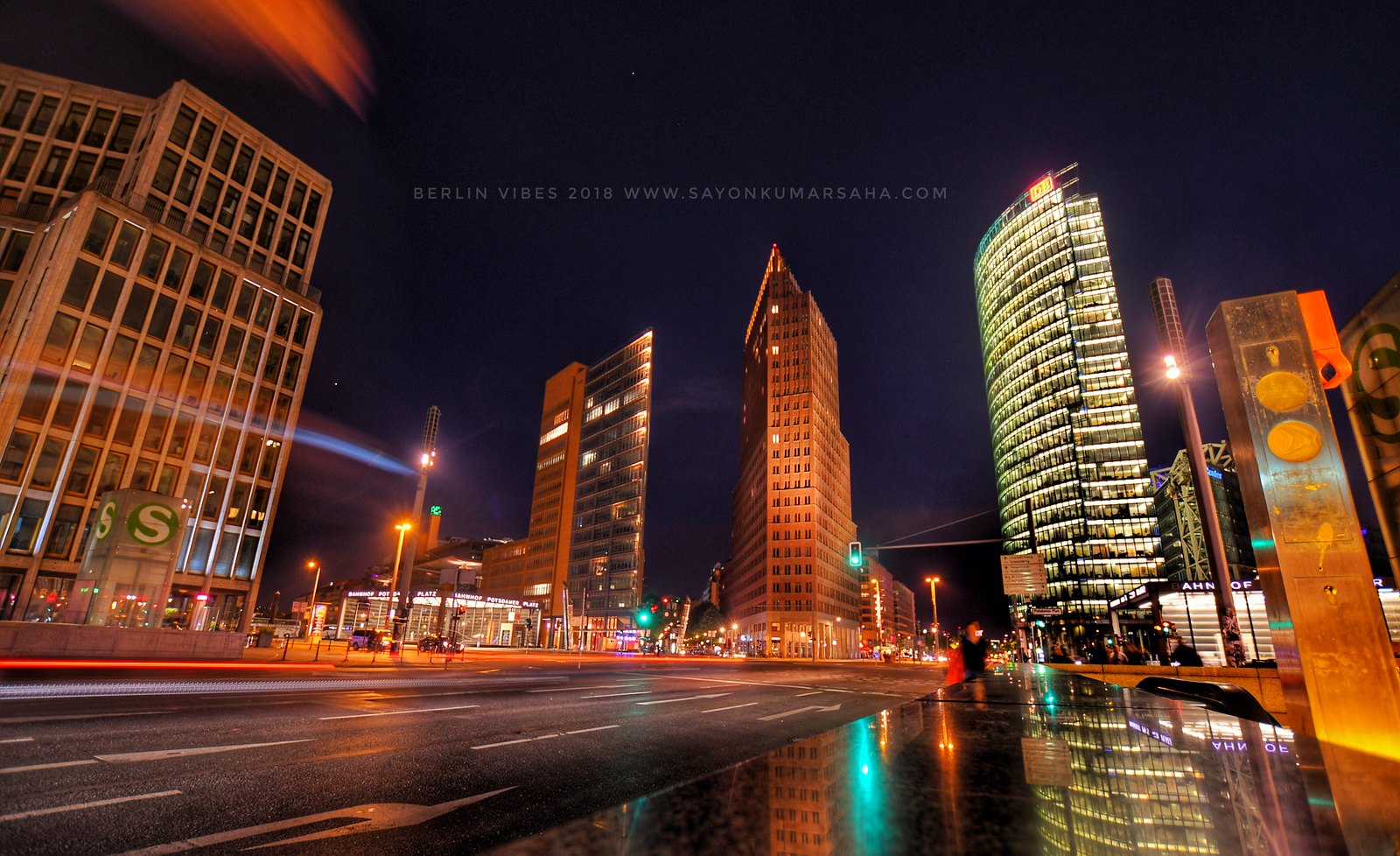