The two well known beautiful castles of Bavaria in South Germany, Schloss Linderhof and Schloss Neuschwanstein. Frankly speaking, to be able to appreciate the beauty, one needs to visit them more than once. Once in every season. The natue changes from bright green in summer, to colorful yellow and red in fall to serene white in winter! And guess when did I visit? Admist the cloud and fog in torrential rain with an umbrella.

Schloss Linderhof (Linderhof Palace) is the smallest of the three palaces built by King Ludwig II. The garden around the schloss is indcredibly beautiful. No wonder of the romantic image of the animated nature Ludwig was fascinated by. And talking about the interior of the palace, I found it too intricate. When I say too intricate, not that I underestimate the golden beauty inside, but at times it seems it is more artistic than it should be considering it to be a place for someone to actually live in and breathe. No offence to King Ludwig II.

Often known as the fairytale castle, Schloss Neuschwanstein (Neuschwanstein Castle) is another of piece by King Ludwig II. Built it in the 18th century as his summer home high up in the mountains, he lived here only few months and died even before its completion. I went there as a tourist, and thus climbed up the mountains in the forest right inside the castle with others. As a result I didn’t manage to get the aerial beauty of the castle up in the hills surrounded by forests. 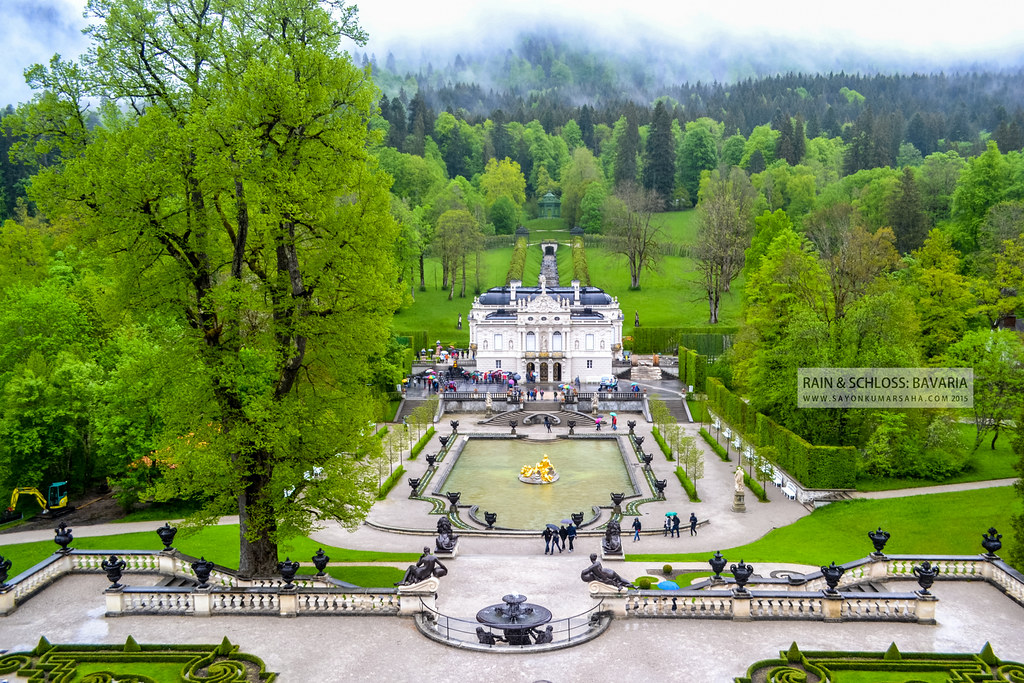 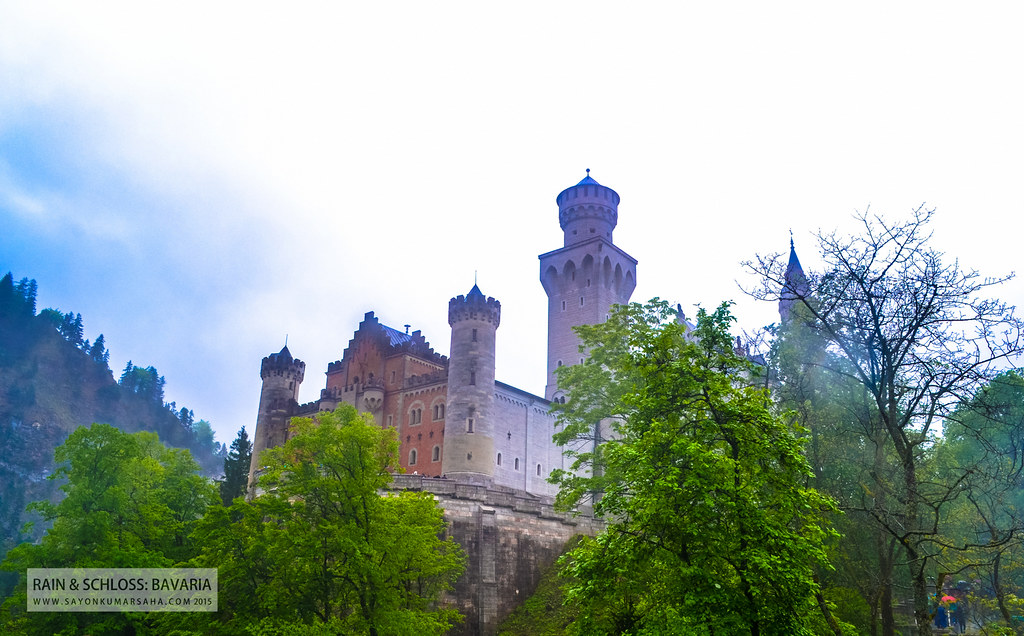 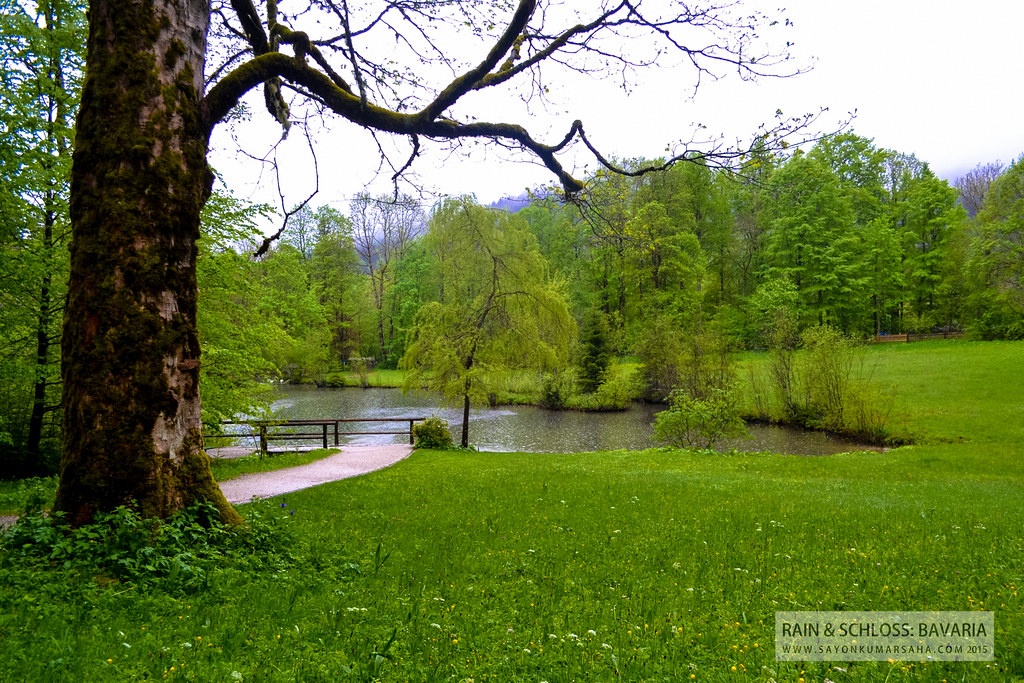 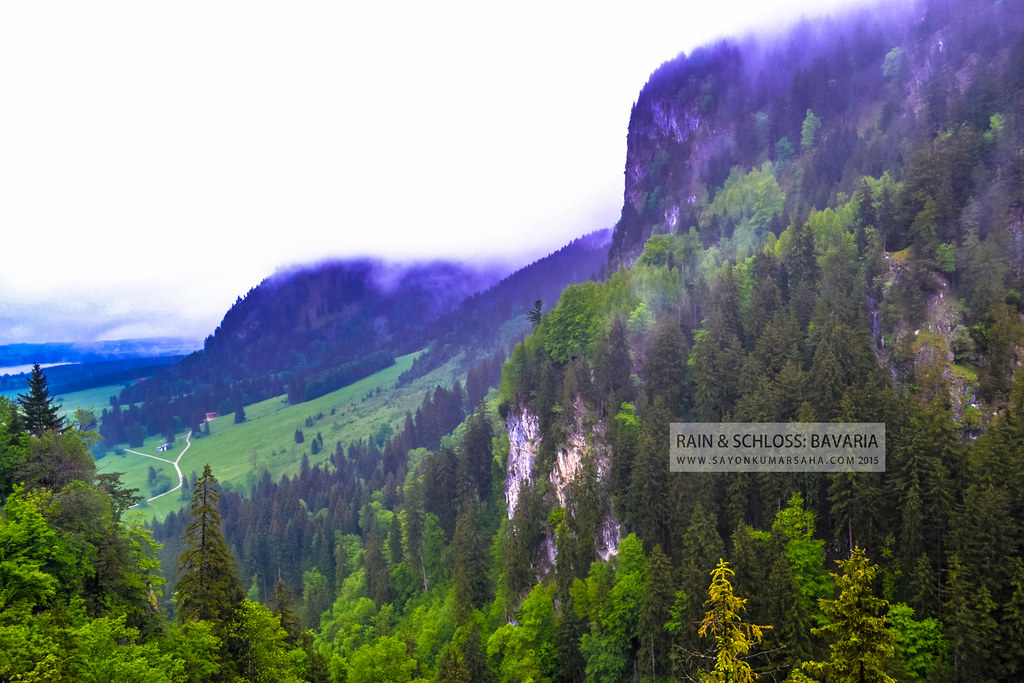 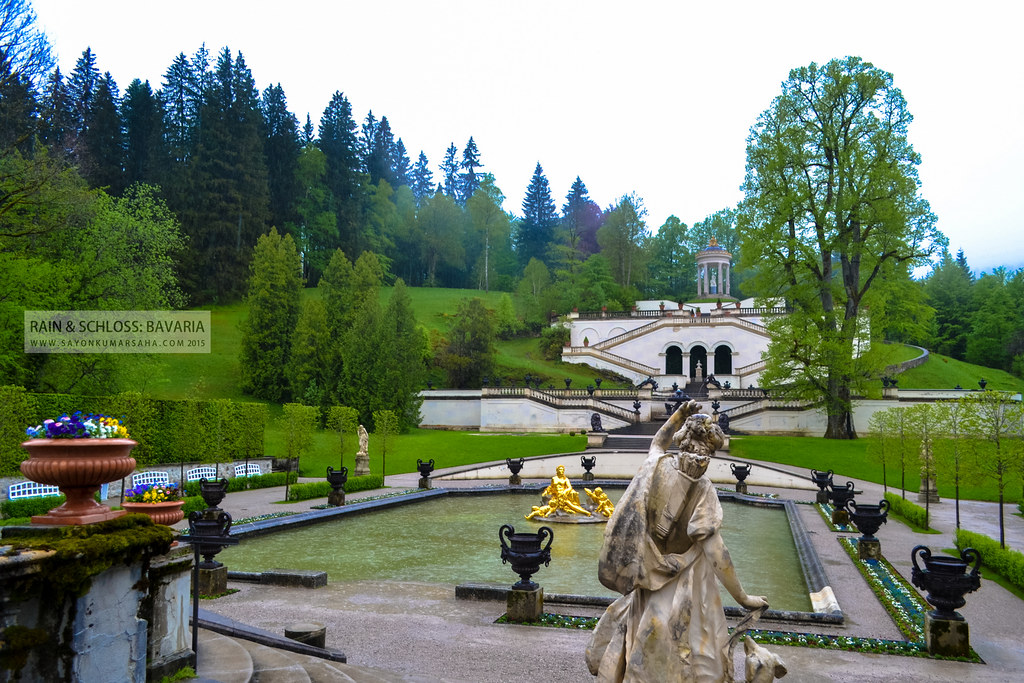 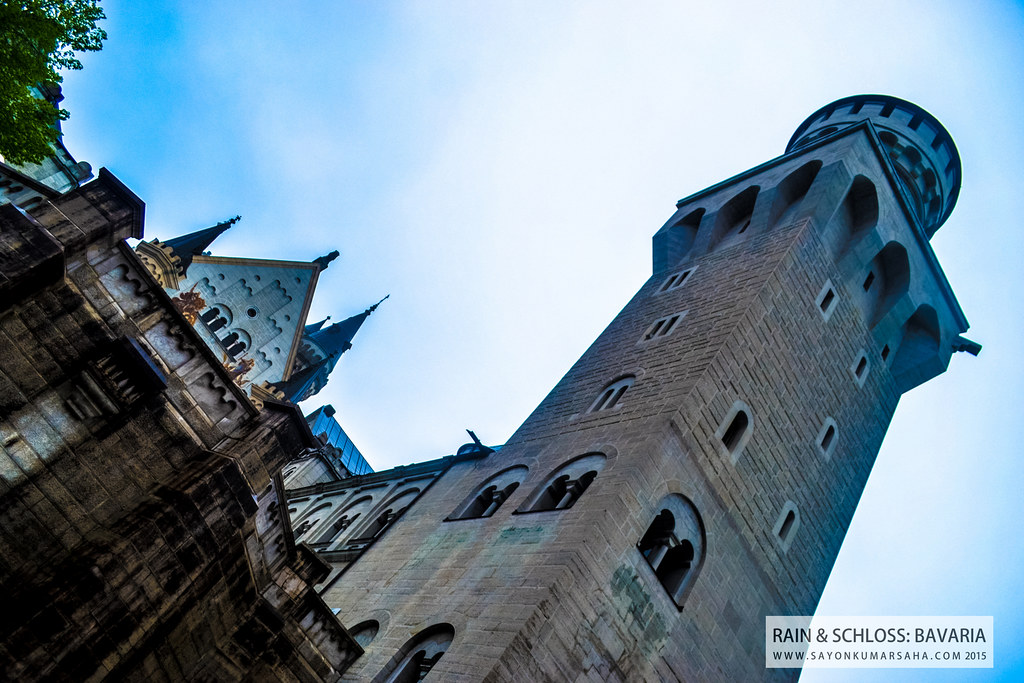 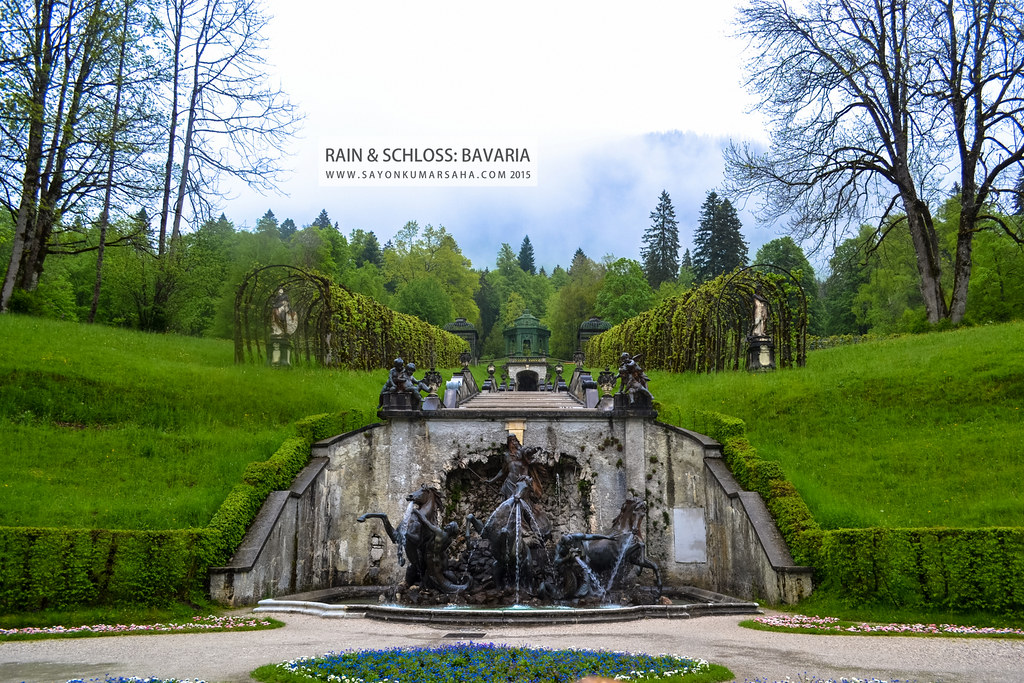 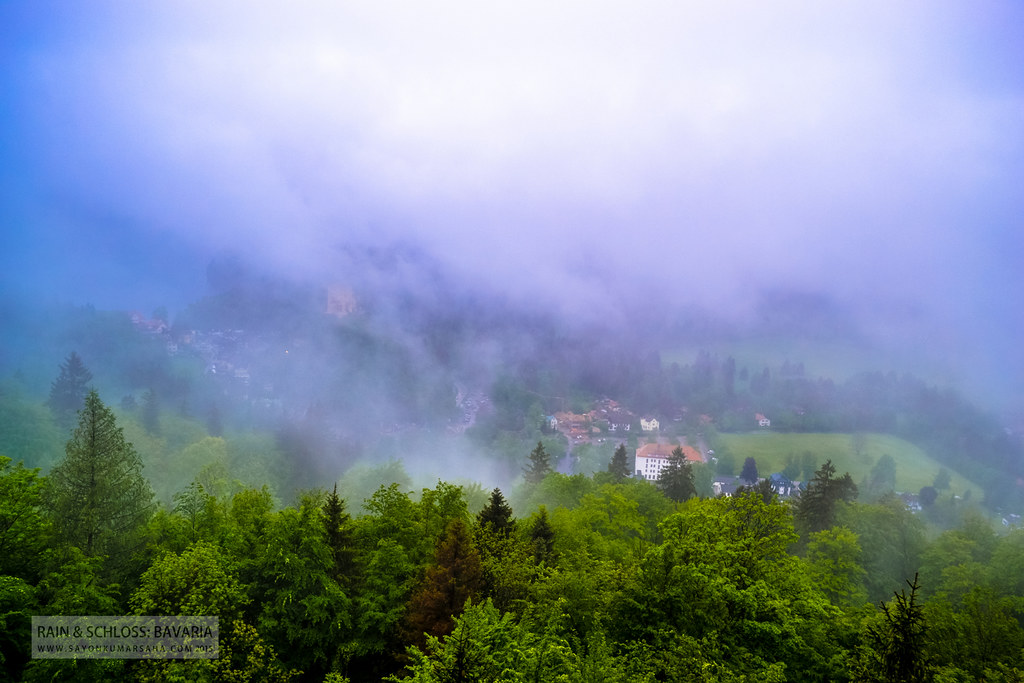 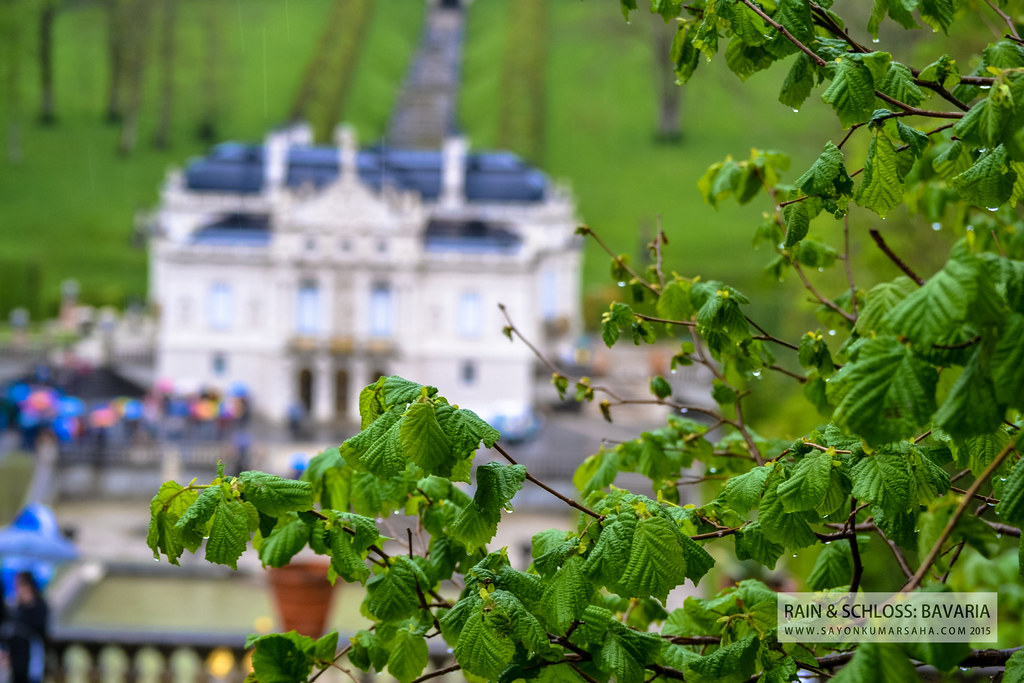 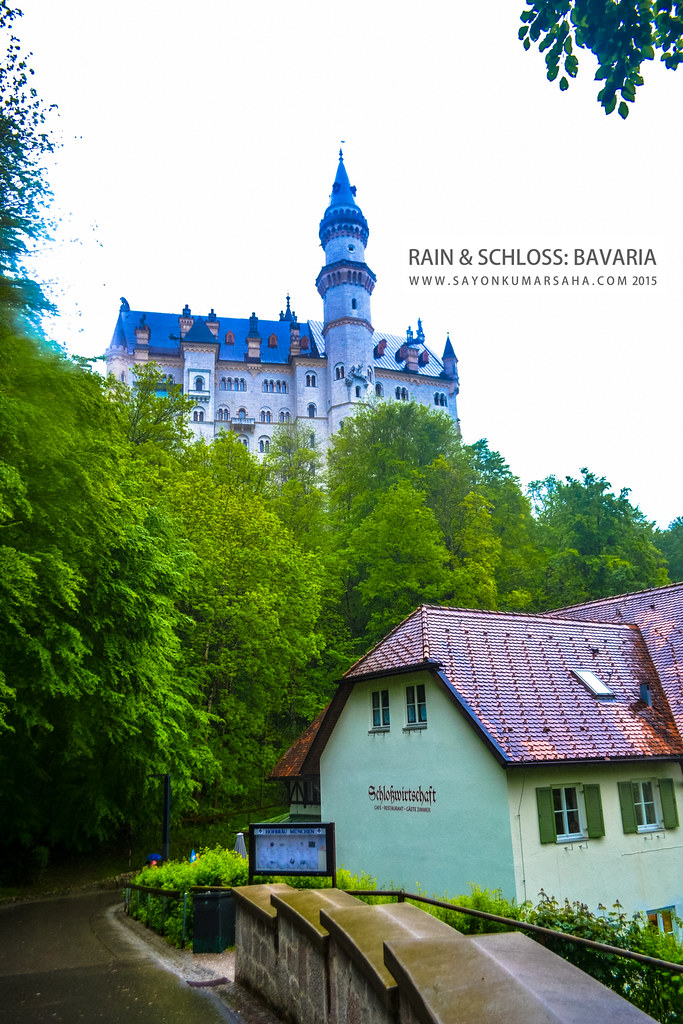 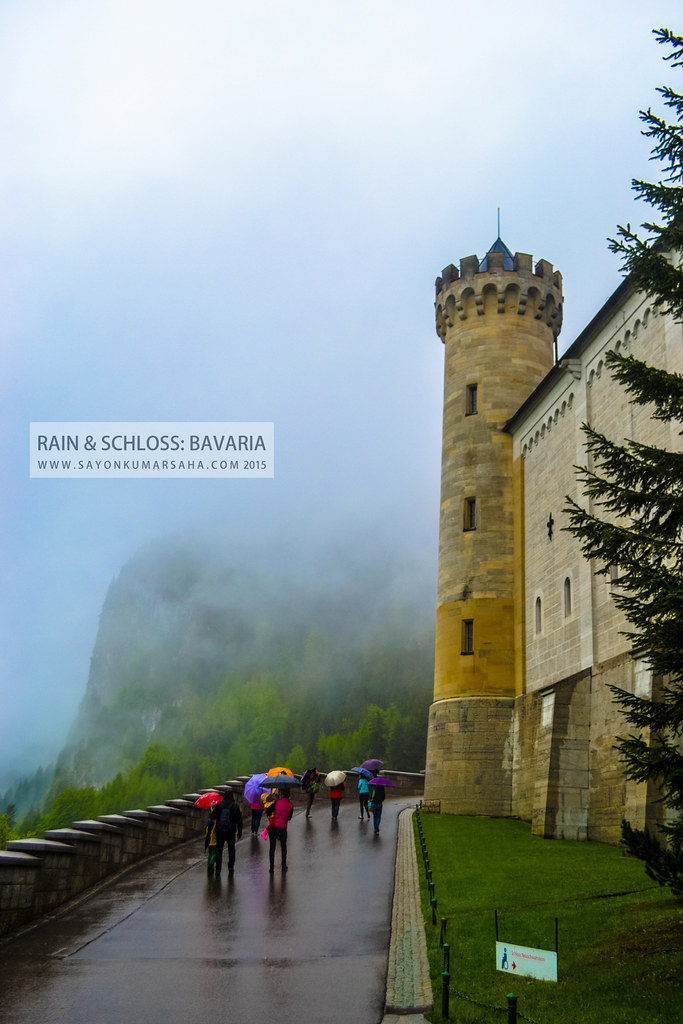 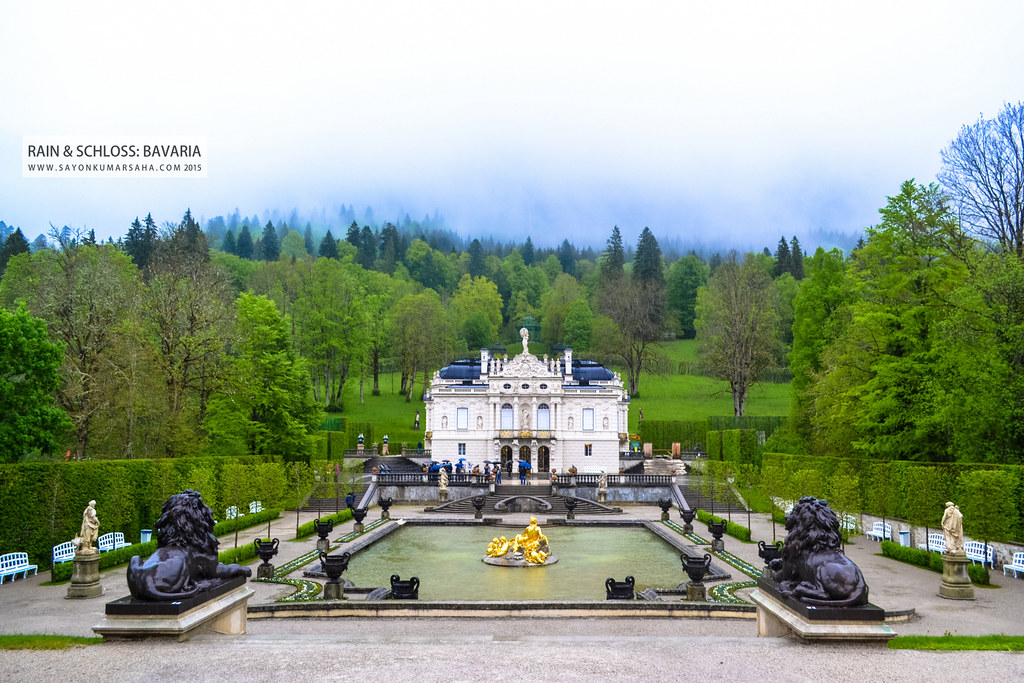 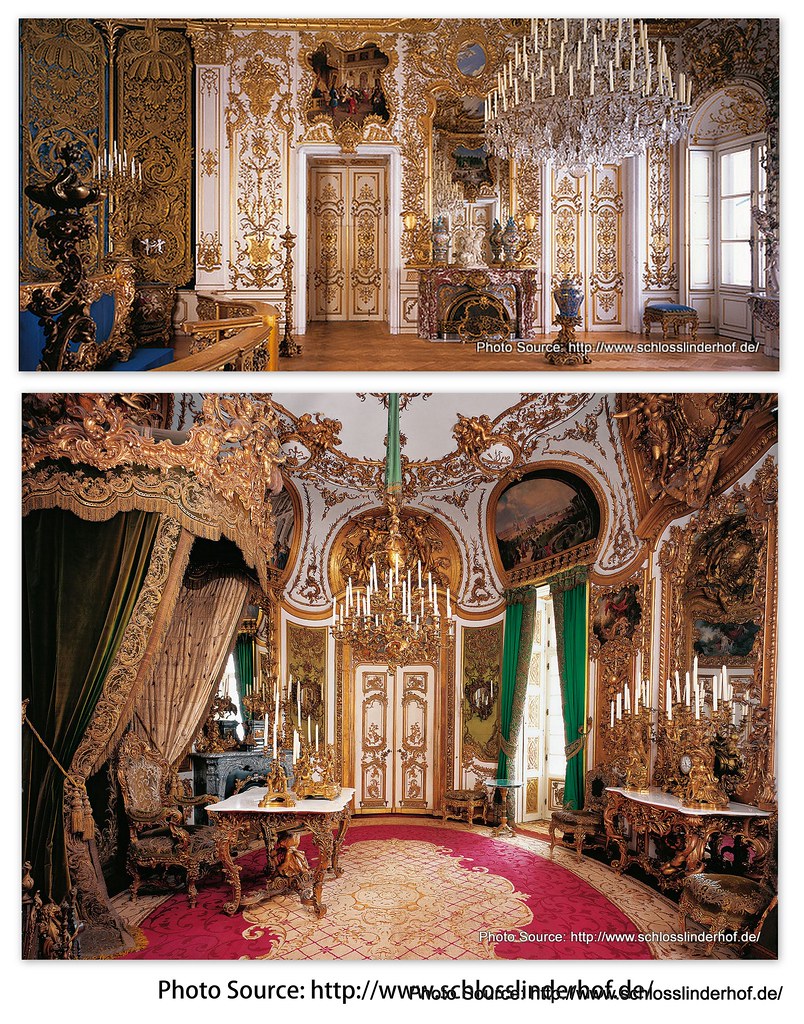 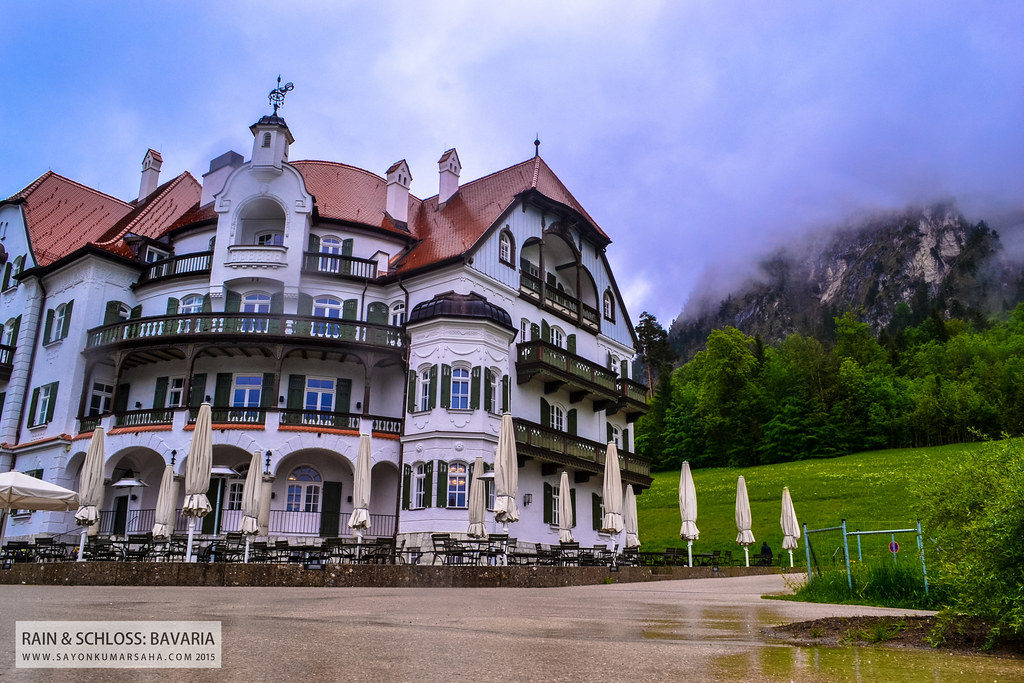 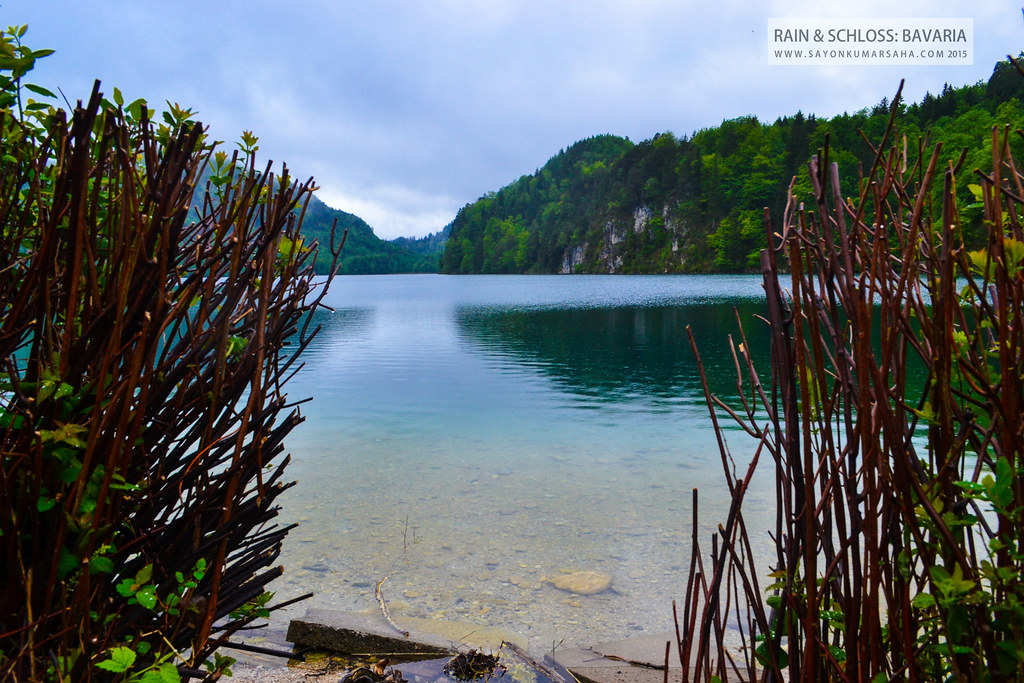 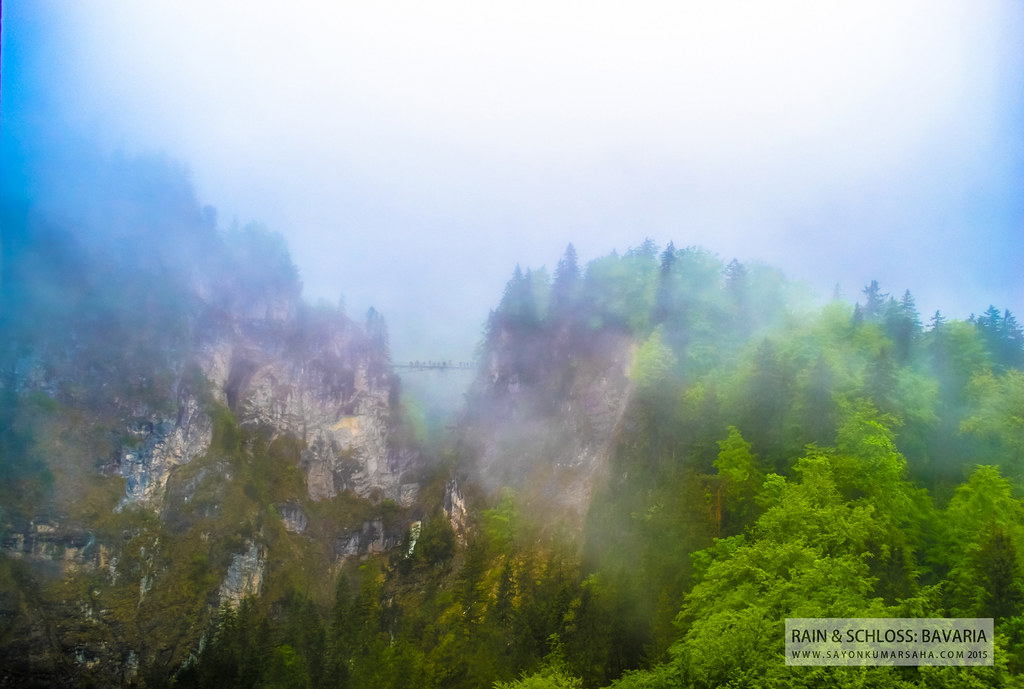 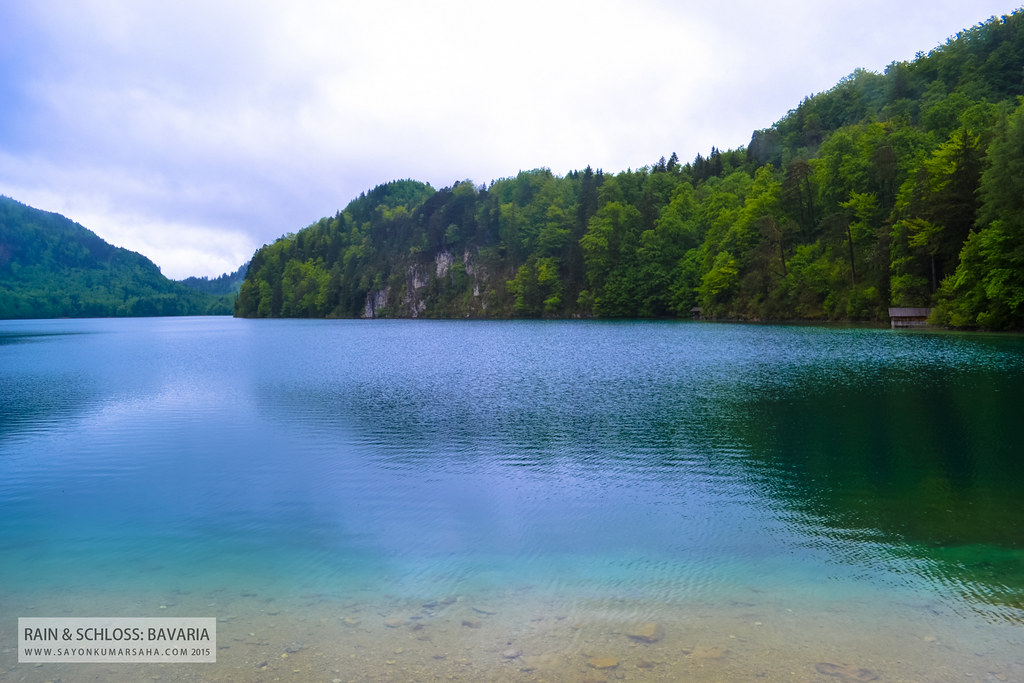 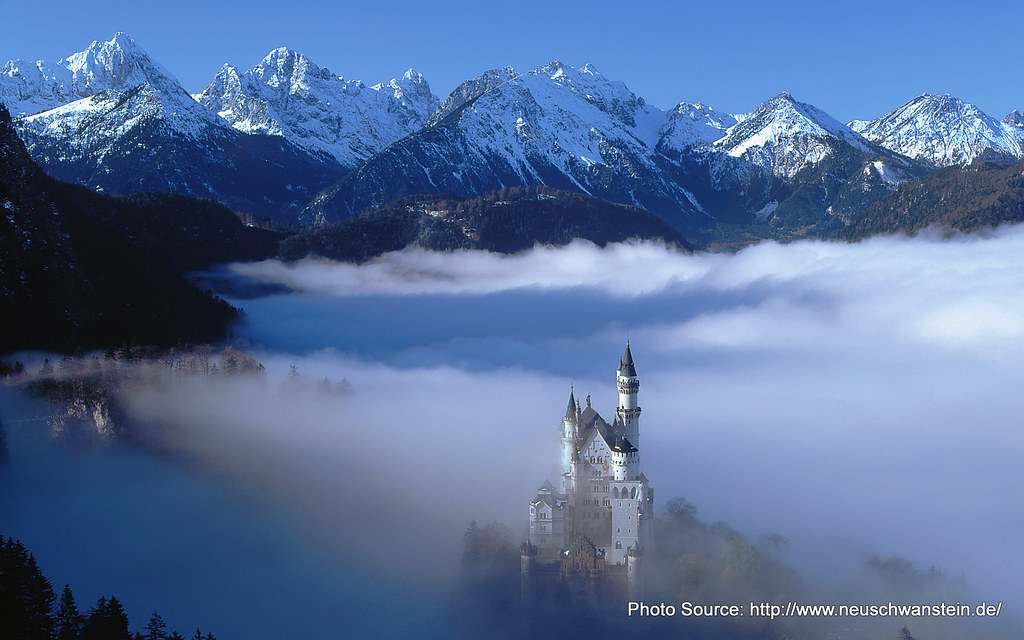 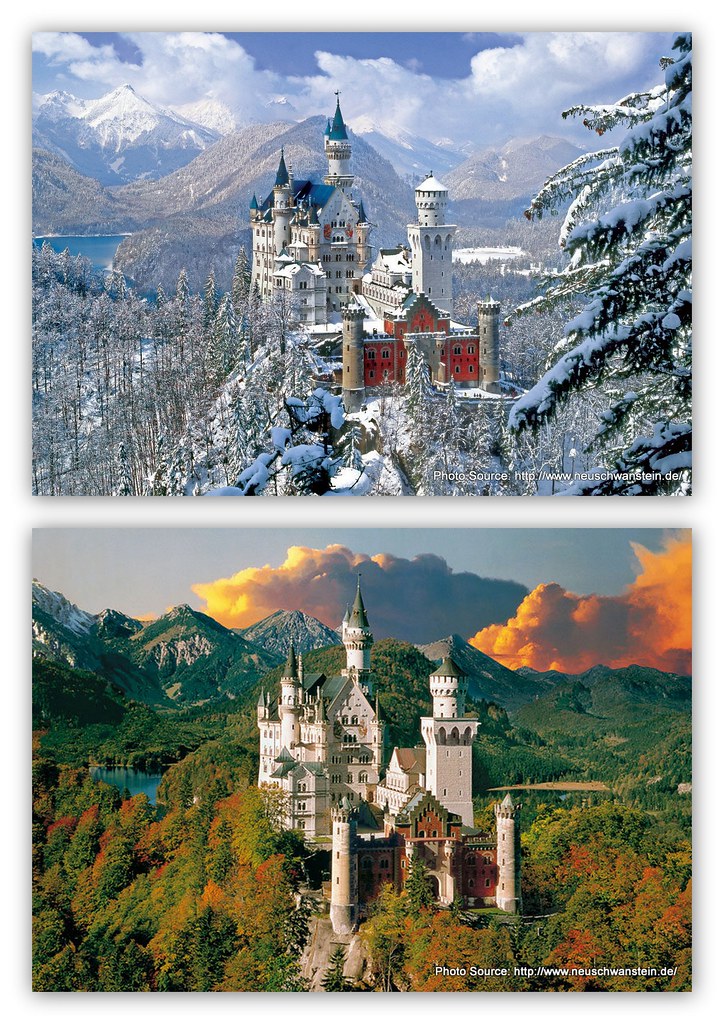 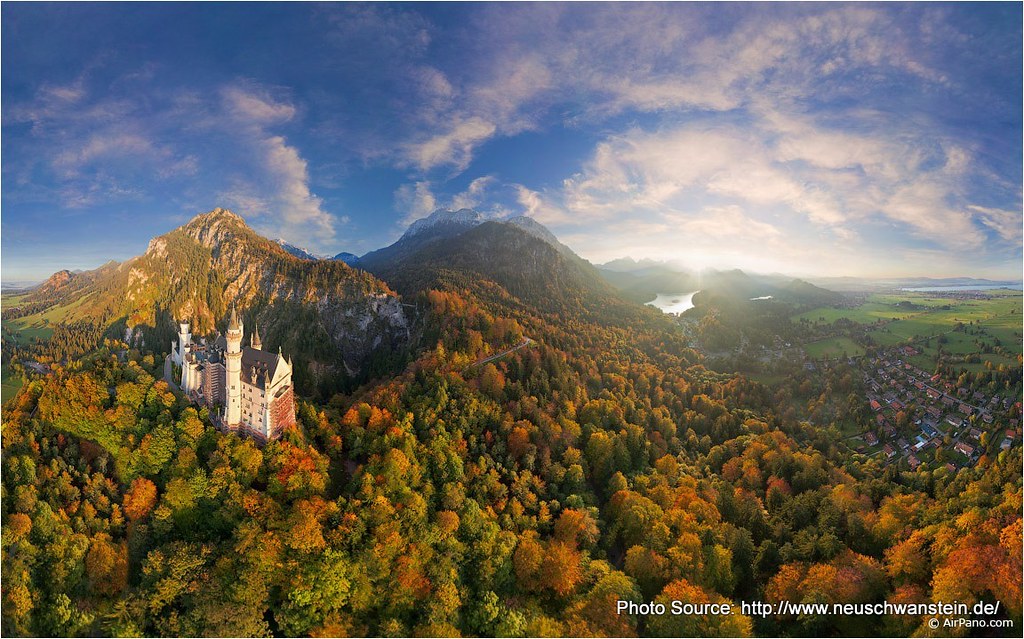 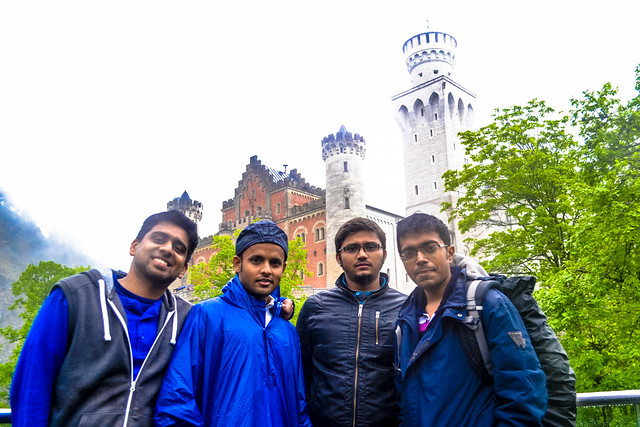 Also: If you are curious about more castles in Germany, especially looking for quick weekend get-aways, you should definitely checkout German Castle Roadtrip by my friend Marissa at Spice and Travel!