A cloudy summer day
was when we went to see
a curvy river stray
through mounts, and through trees.

A Saarbrücken train
we took, well, for free;
and then, through hills and plains,
to Mettlach we flee.

In Mettlach we could
by bus or walking go.
By bus we thought we should:
the place we don’t know. 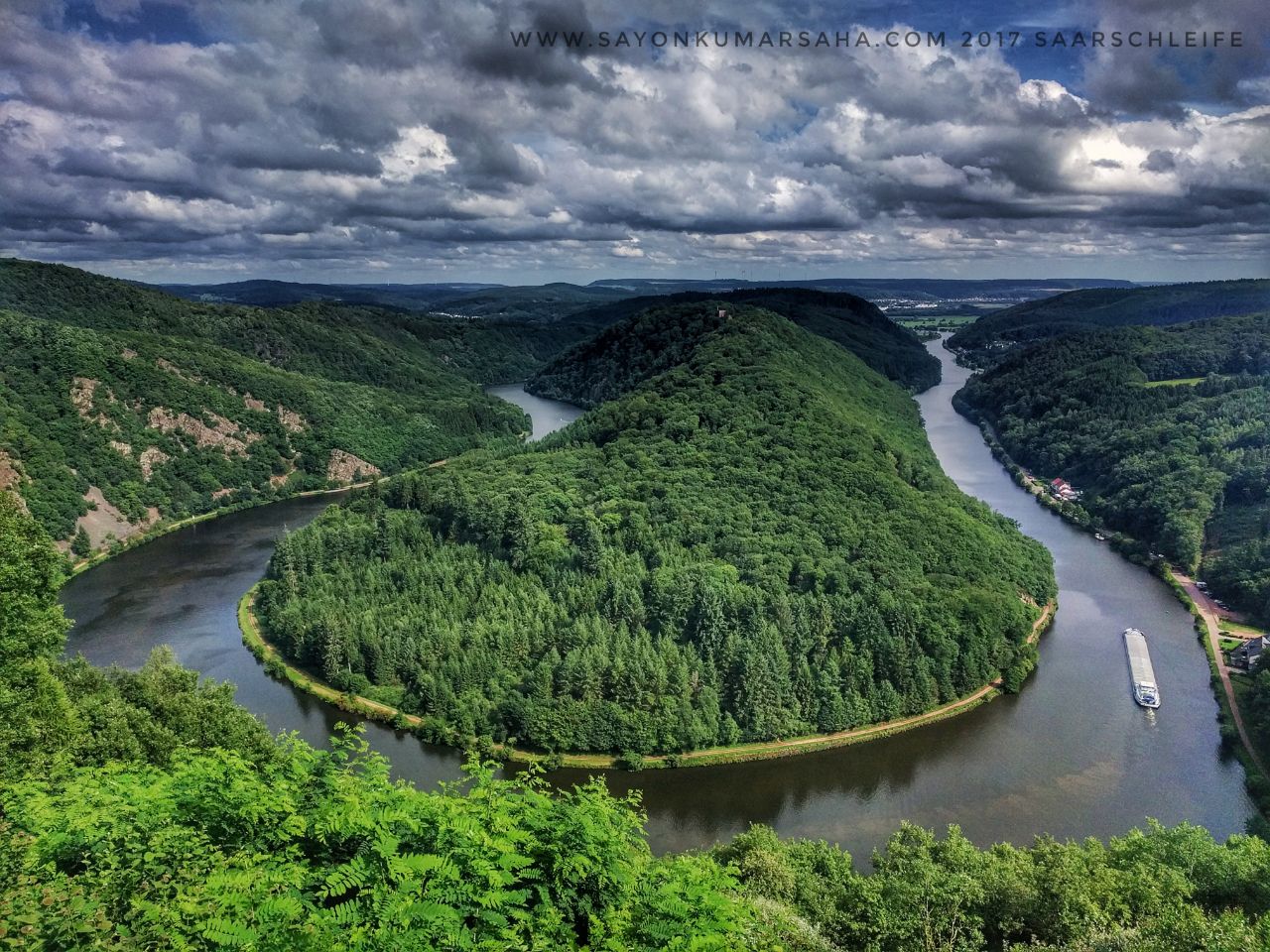 (and, lazy, we agreed
that hours in the woods
for no reason, no need!
It wouldn’t mean no good!)

Though photos we had seen,
Amazement abounded!
So awesome a scene!
We left there astounded.

Yes, photos we had seen;
but photos couldn’t capture
constrained in their 2-D
the Saarschleife stature!

Through mounts, and through trees,
the curvy river strays.
Impress whoever sees
the Saarschleife may.

If you are wondering where exactly is Saarschleife is, it shortly after the Merzig district of Besseringen and ends in Mettlach. It’s basically near the German-France border in the south of Germany. 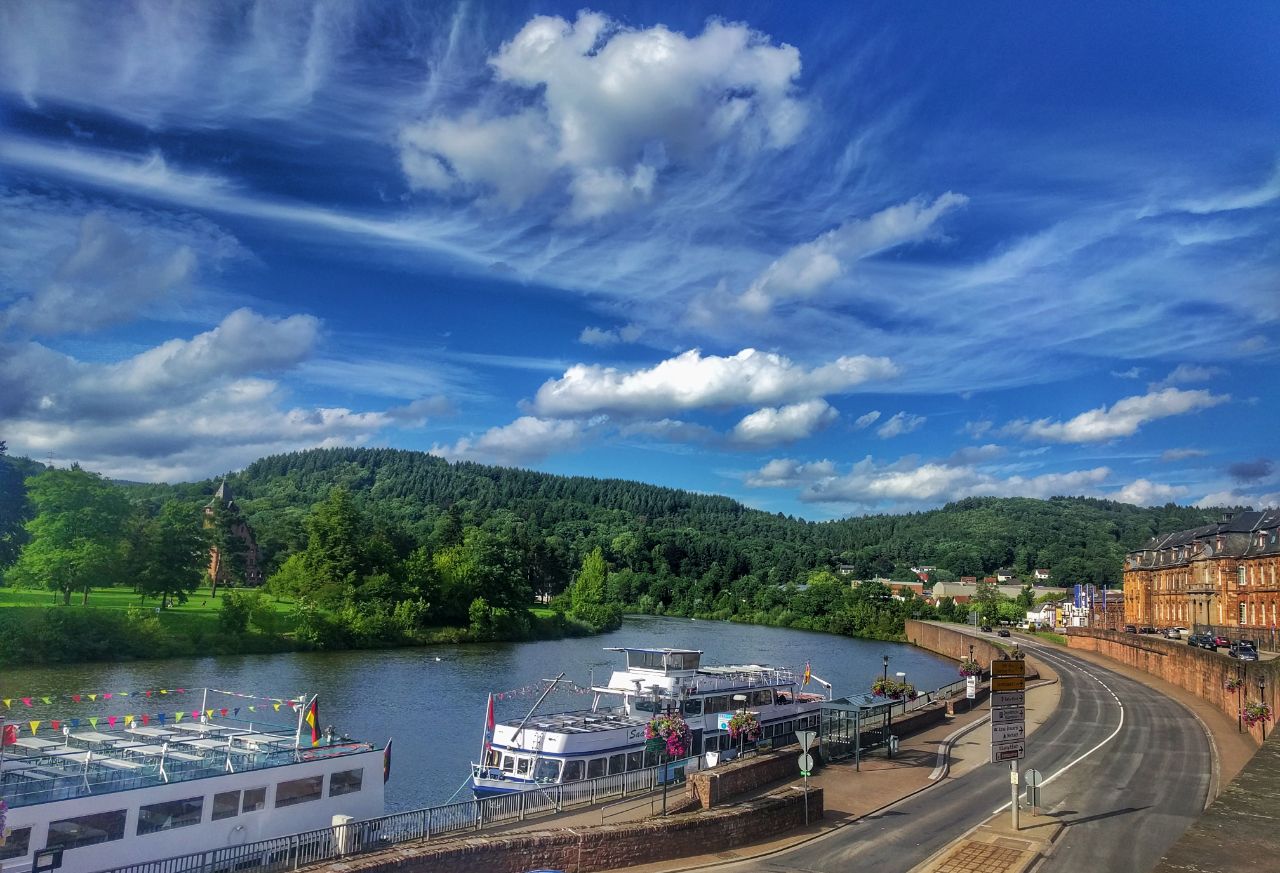 It was July 2017 when both of us were traveling from Kaiserslautern. So that basically meant you would hop into a train to reach Saarbrucken in less than an hour. And then reach Mettlach by another quick train journey. 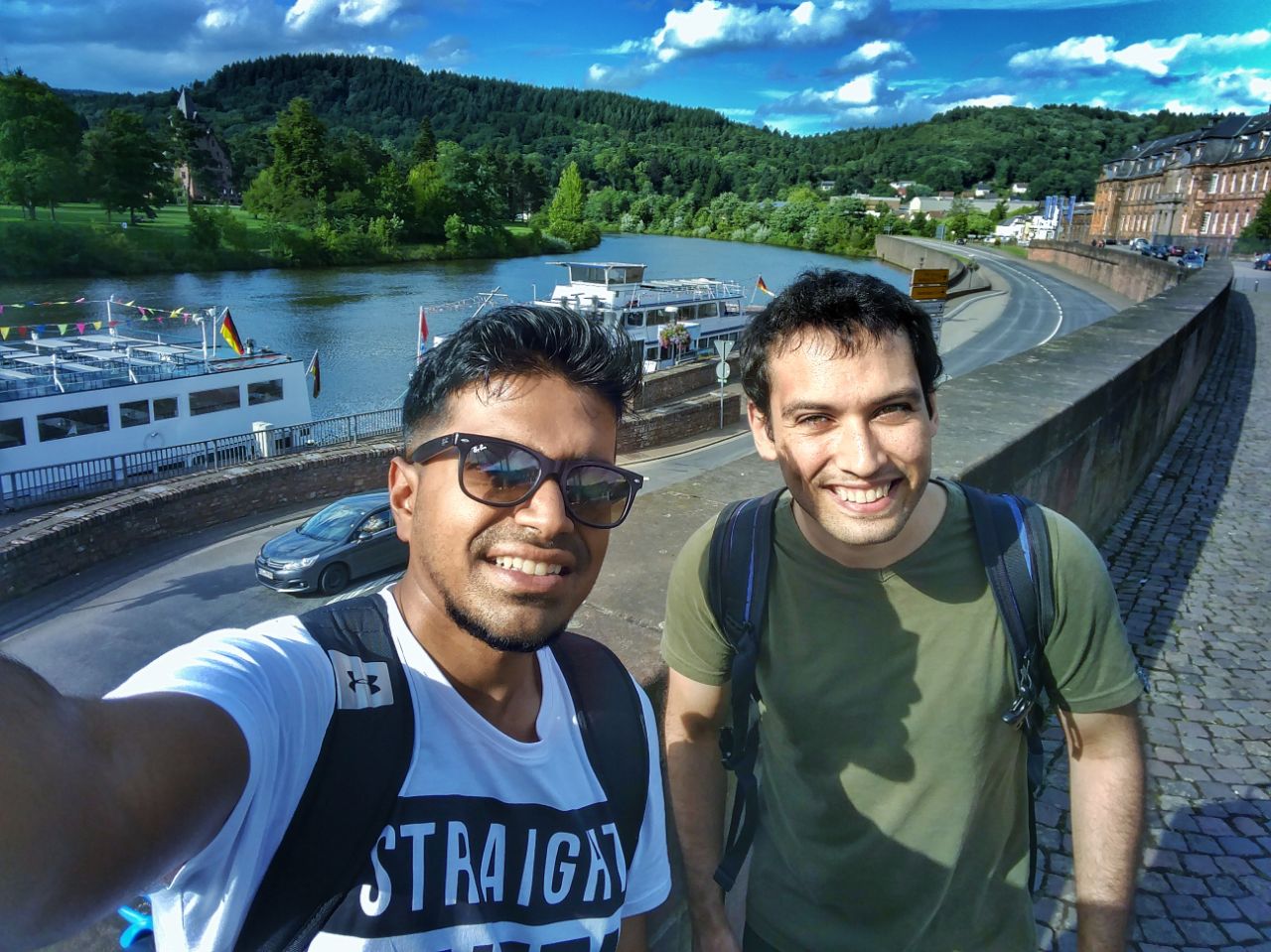 This is when we were at the town of Mettlach. From here starts the beautiful forest for hiking up to overlook River Saar making a loop. Although we decided to take a bus after quick lunch at Mettlach due to our lack of time, . 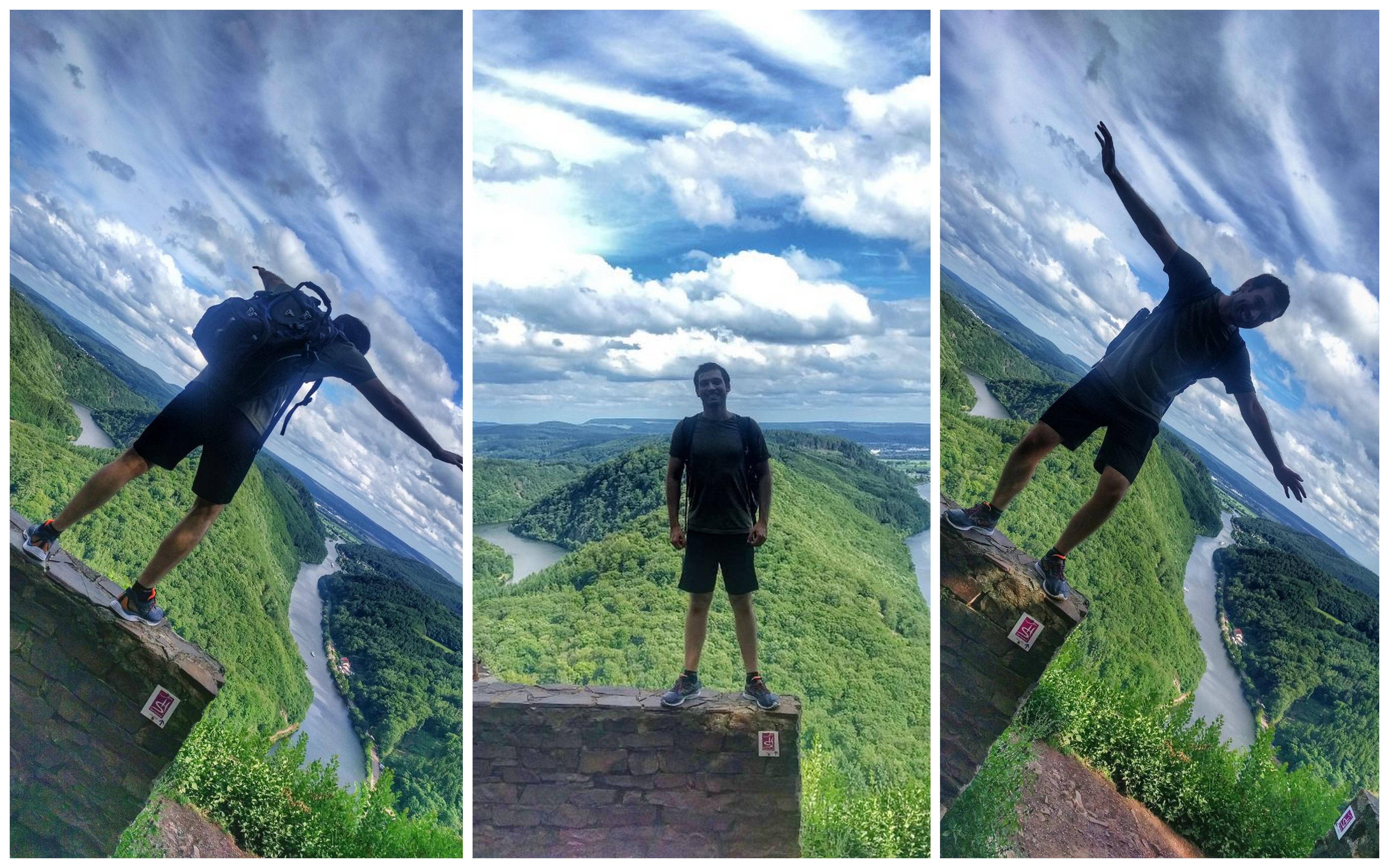 There’s John with his trademark poses! 🙂

And there’s me still struggling to manage my shades having started to use contact lenses for the first time! :/ 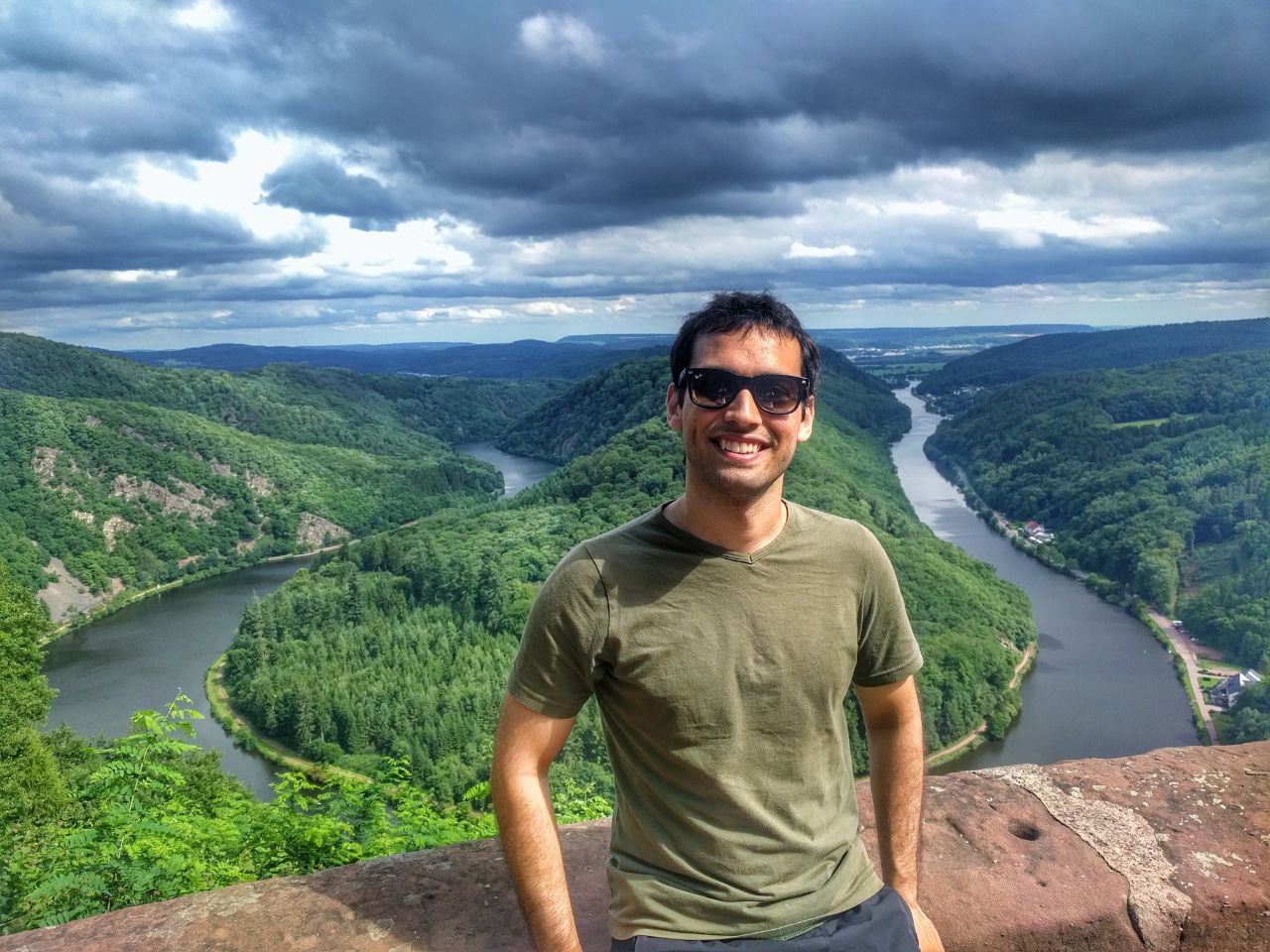 One could have an extremely serene time out here if not for so many tourists. I personally would love to visit again to capture the colors of fall or the monochrome of snow! Or maybe a golden sunset to be the least. 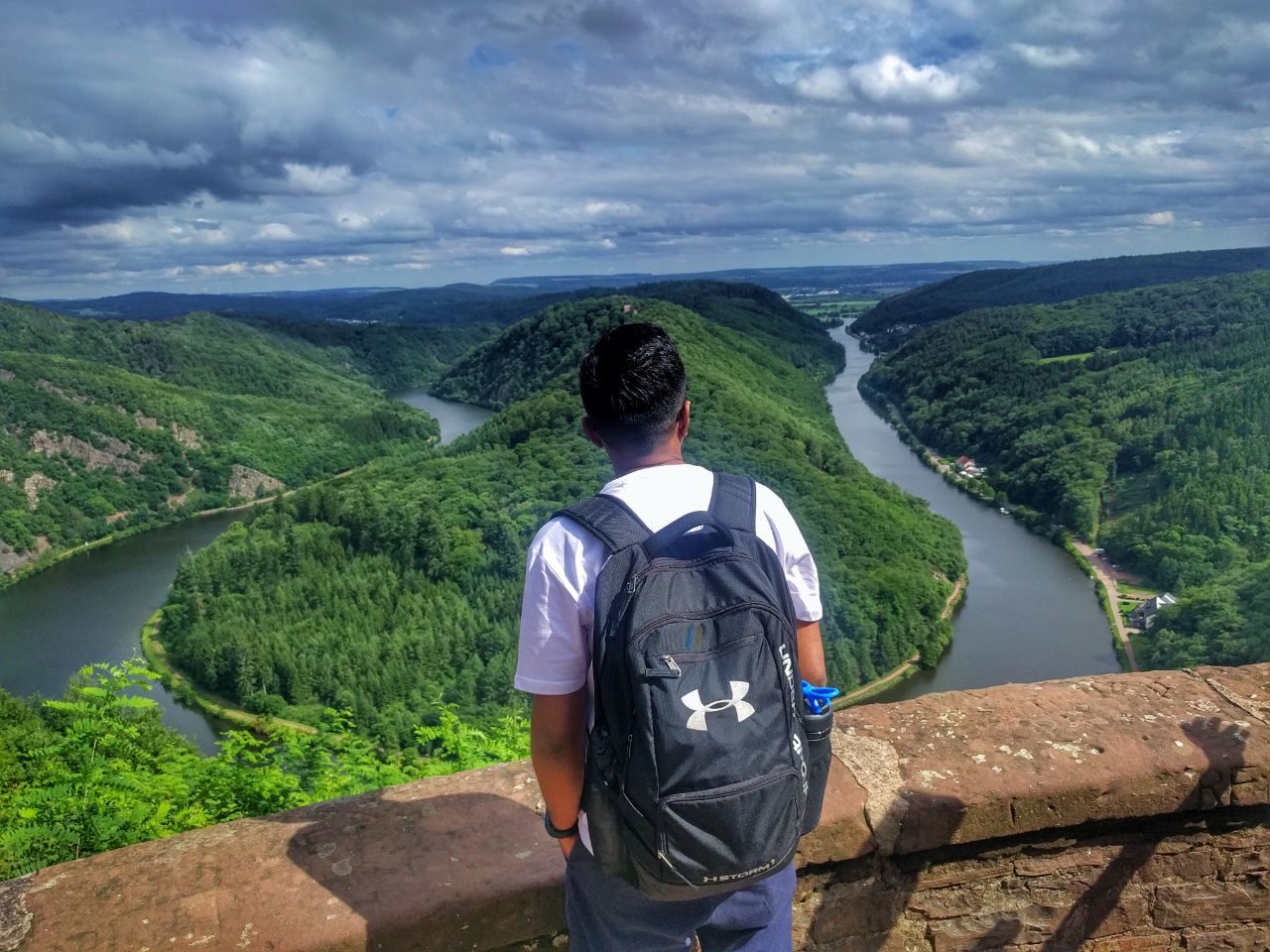 Schleife in German literally translates to loop. Thus the name Saarschleife for the beautiful loop of River Saar makes!