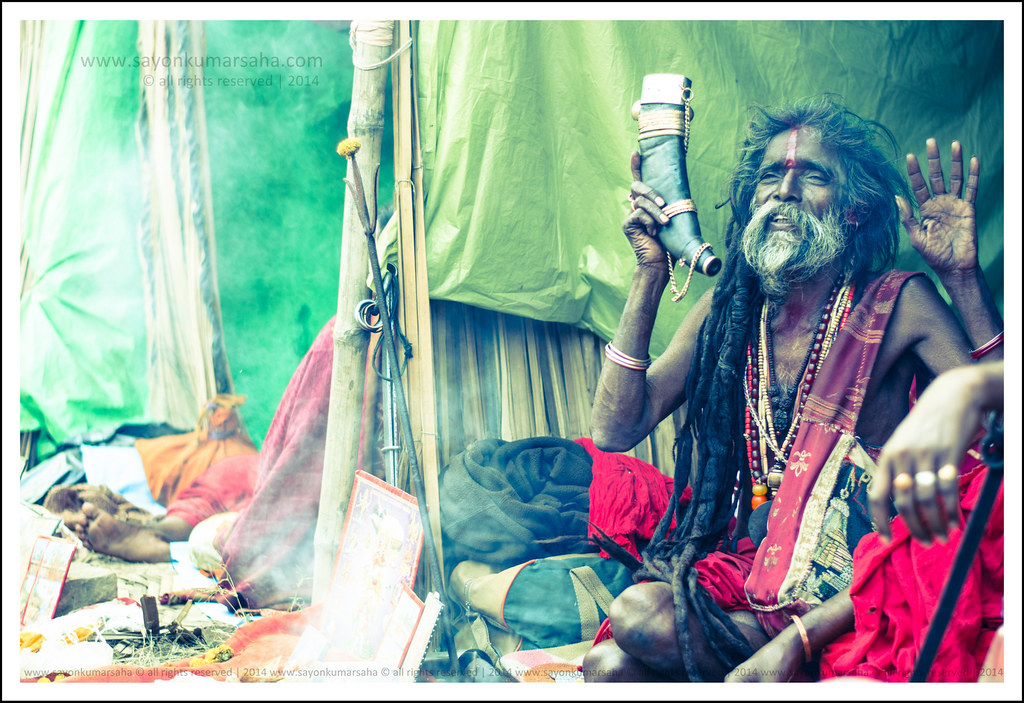 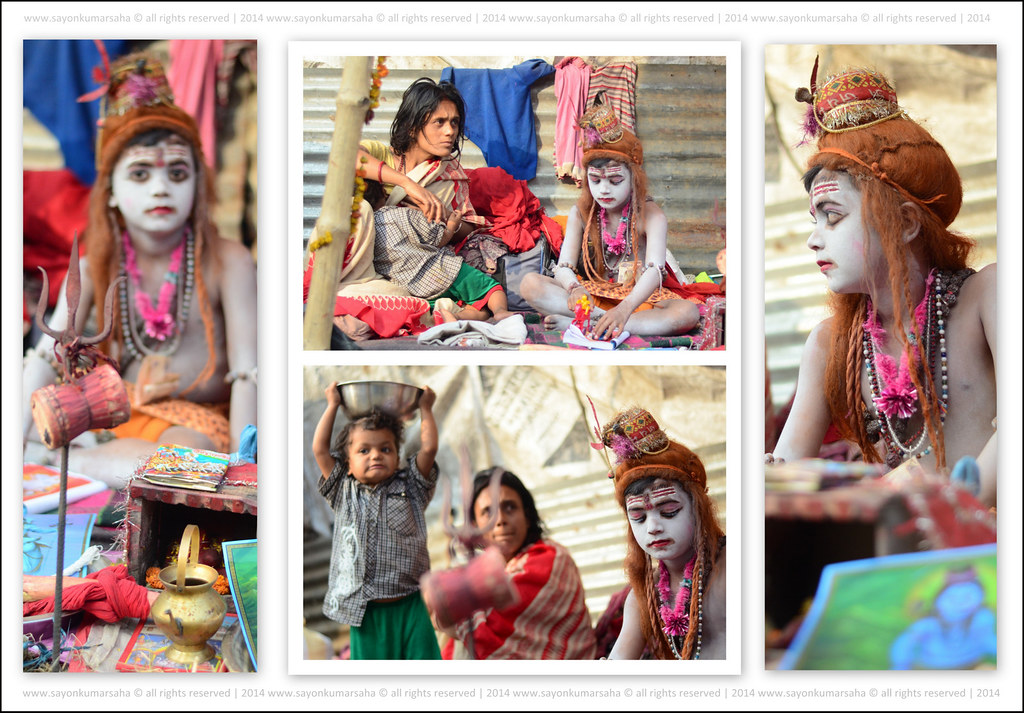 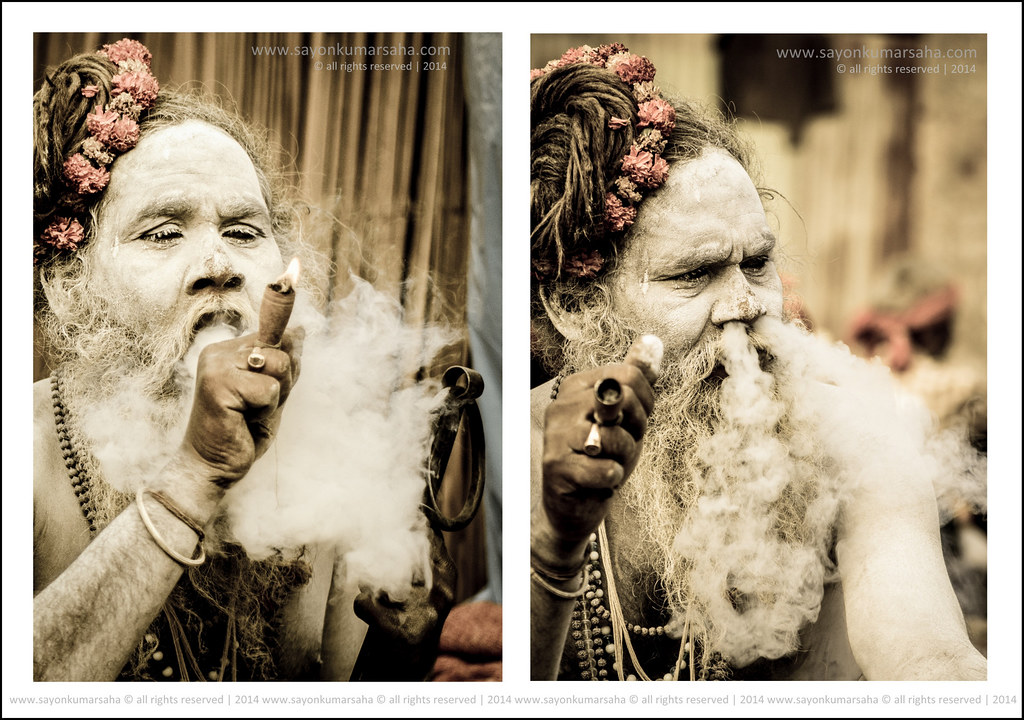 Saving the soul from the sin, is what they believe in. Salvation. The Gangasagar Pilgrims at Babughta, Kolkata, waiting for their venture to the Gangasagar Mela, where, hundreds of thousands of Hindus gather to take a holy dip of River Ganga every year on the day of Makar Sankranti in the month of January. 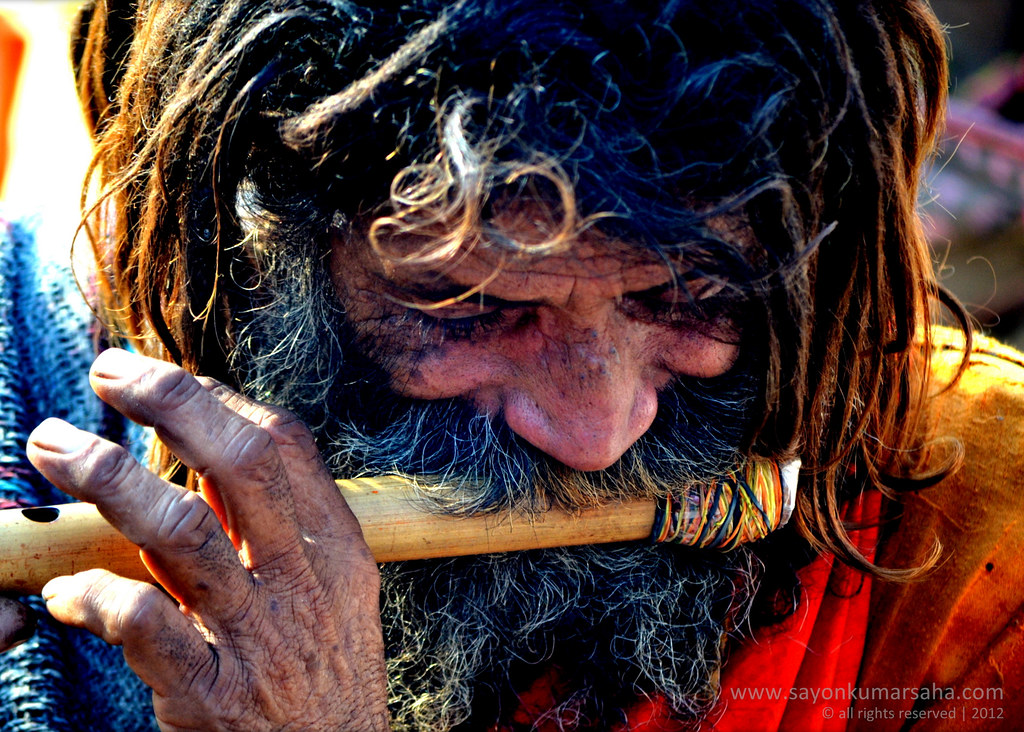 Music is like a religion, a sadhna, being one with God. It is an universal language, a voice from the inner soul. Signifies an entire orchestra, trying to spread the vibes of the voice within, all around. 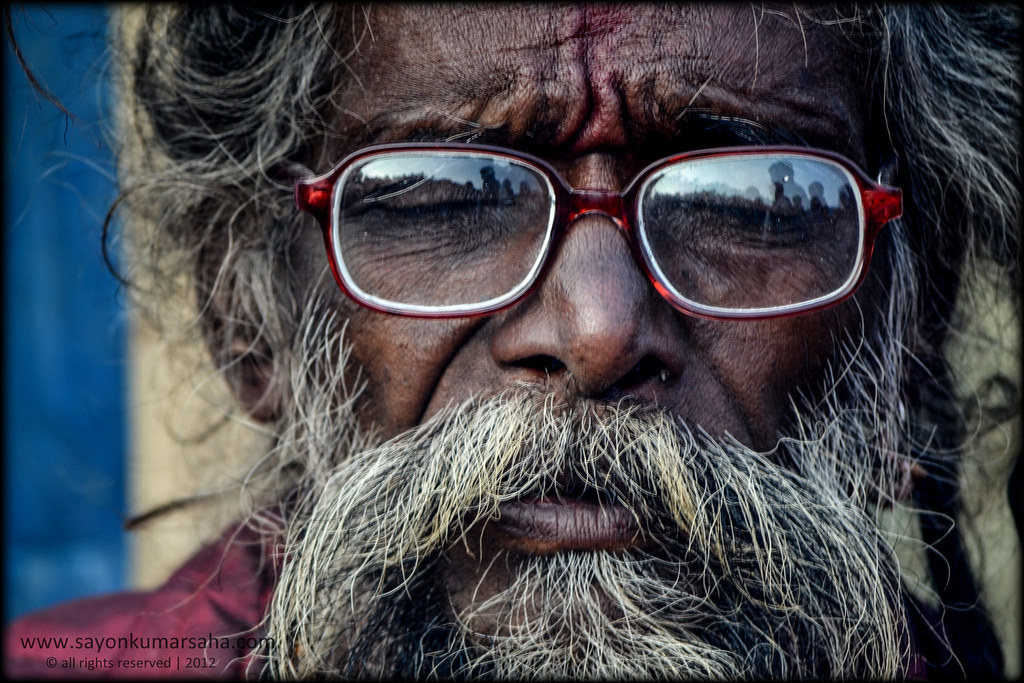 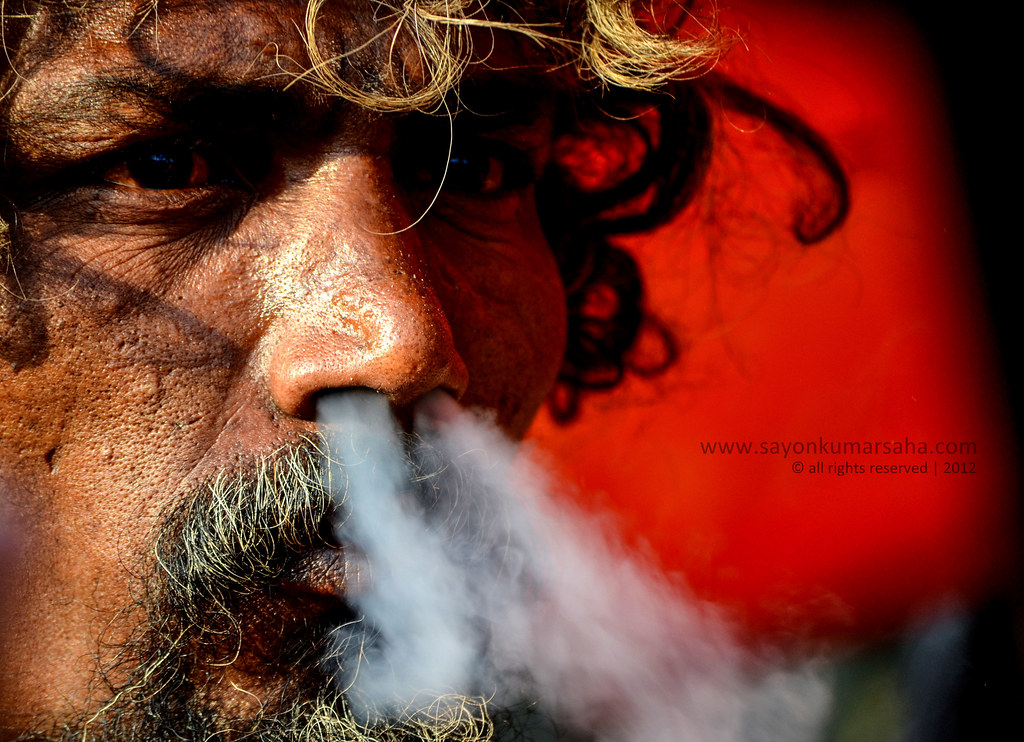 Enlightenment. The God’s voice from within, soft but subtle. Reaching for serenity. 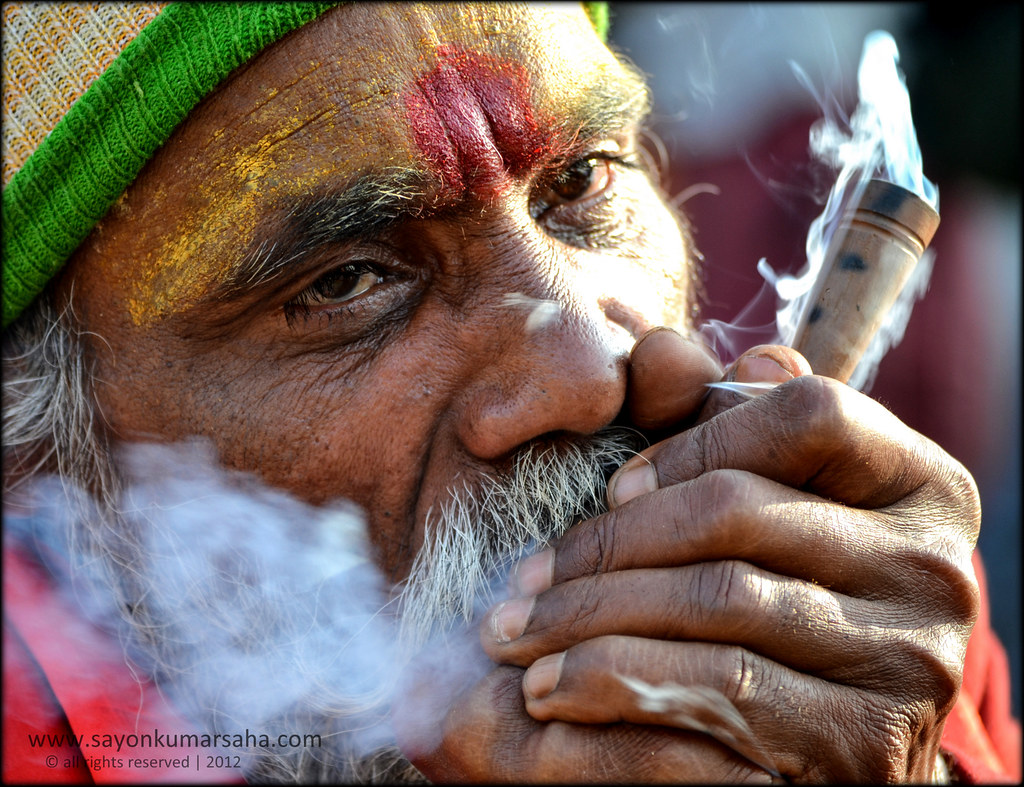 The negativity of life, escapism through the chillum. The source of salvation, the way to the Gods. 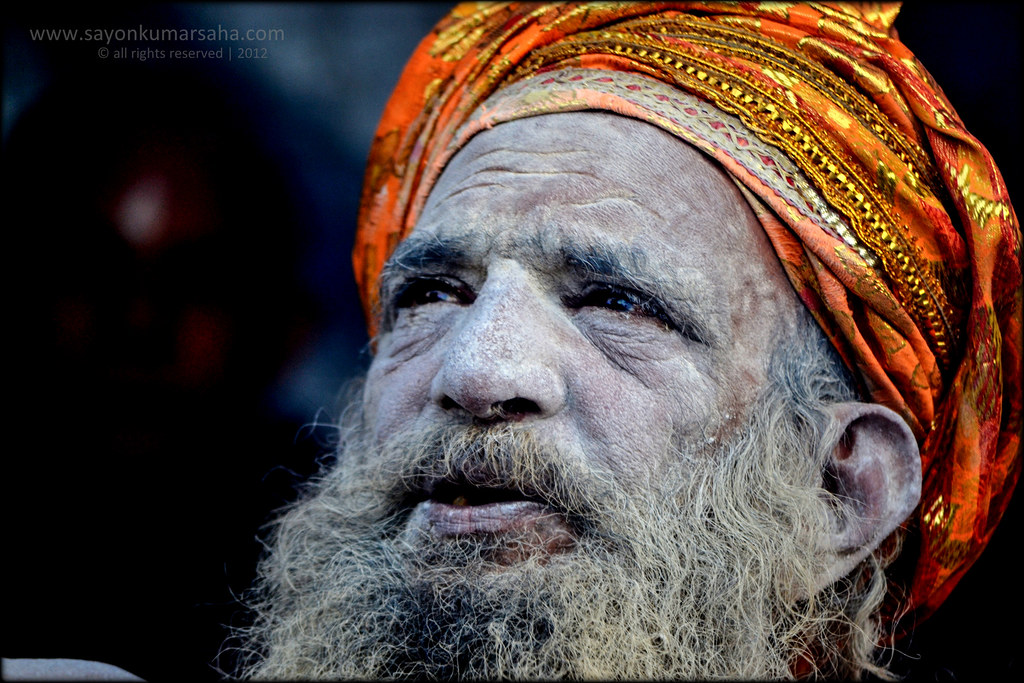 Nirvana, The human’s fruit of the meditation. Looking up at the sky, trying to find the stairway to heaven, attaining the ultimate serenity. 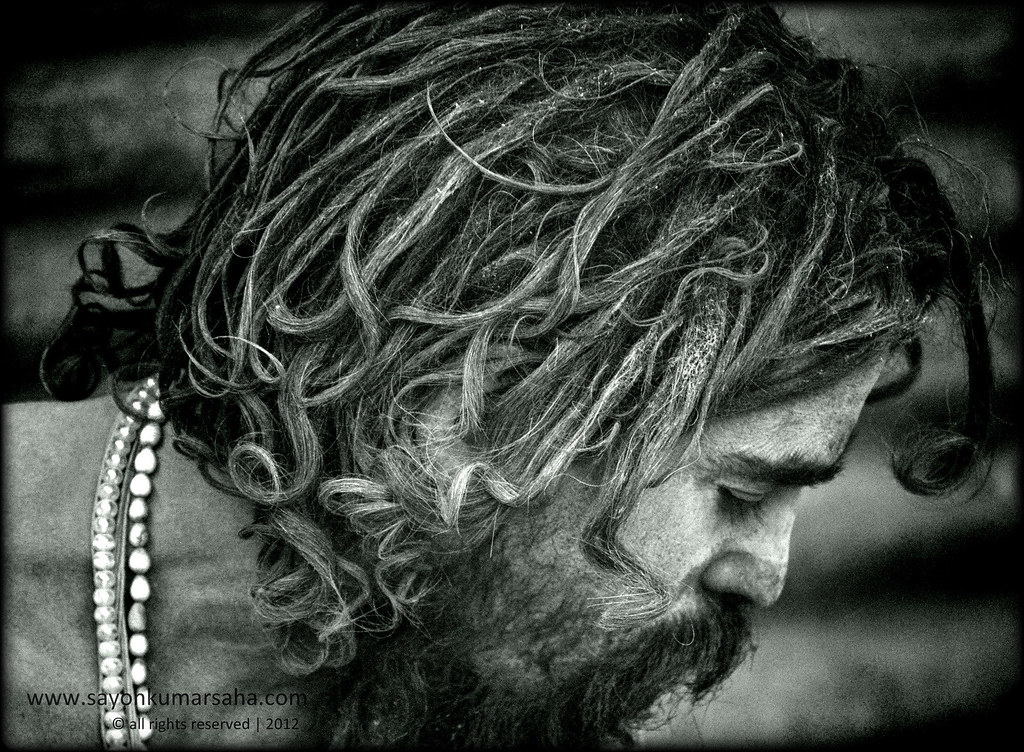 Within the noise, there is harmony. An eternal pleasure. Away from the materialistic world. 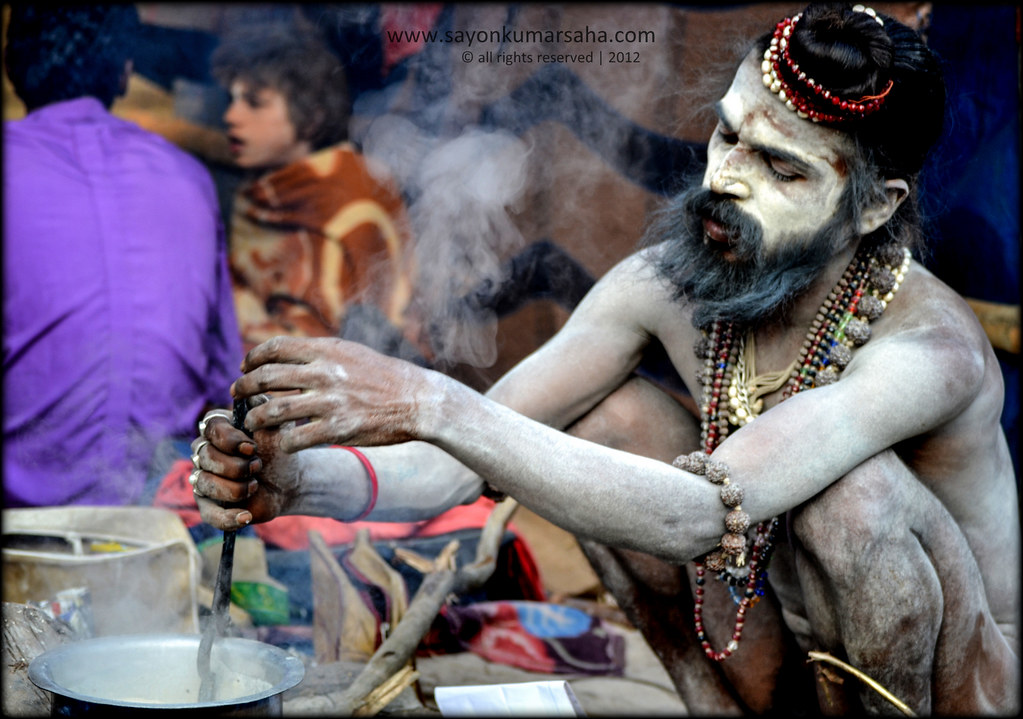 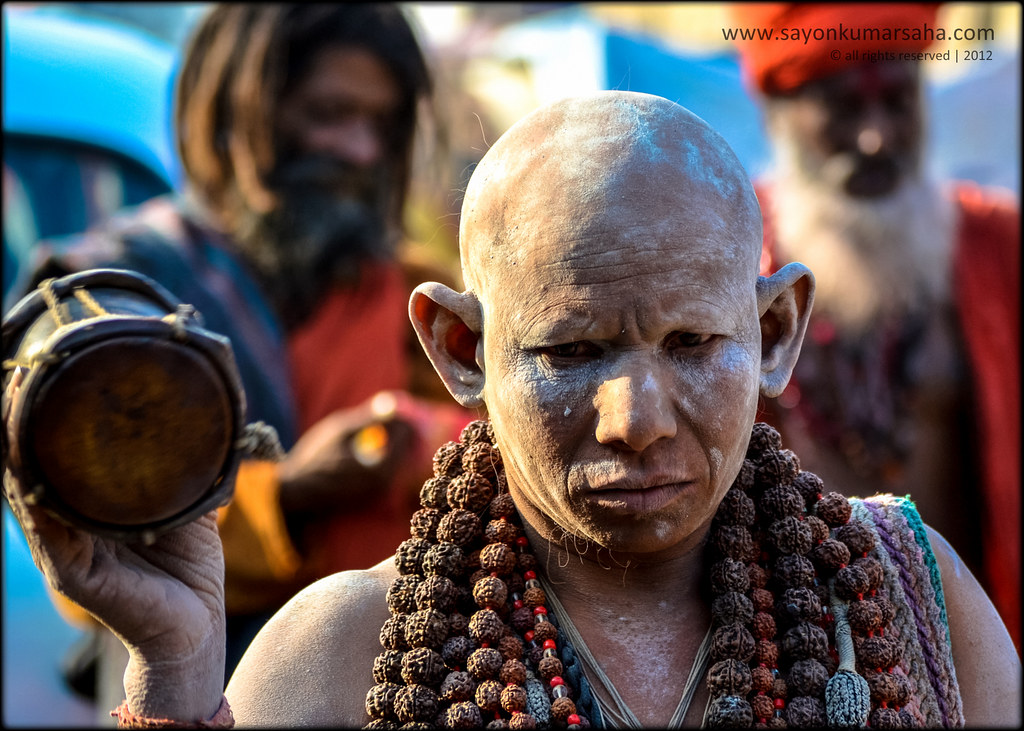 Living naked in the winter. Cold. But then, the salvation. Enlightenment. Near to God. Attaining Moksha, the final extrication of the soul, bringing an end to the sufferings of the cycle of rebirths (Hindu Mythology). The Bliss.