On the day before yesterday, I bump into Julian and Francisco at Pfaffplatz. They tell me about the The Wine and Chestnut Festival! Off I was along with Soumen to meet a bunch of new guys! 🙂 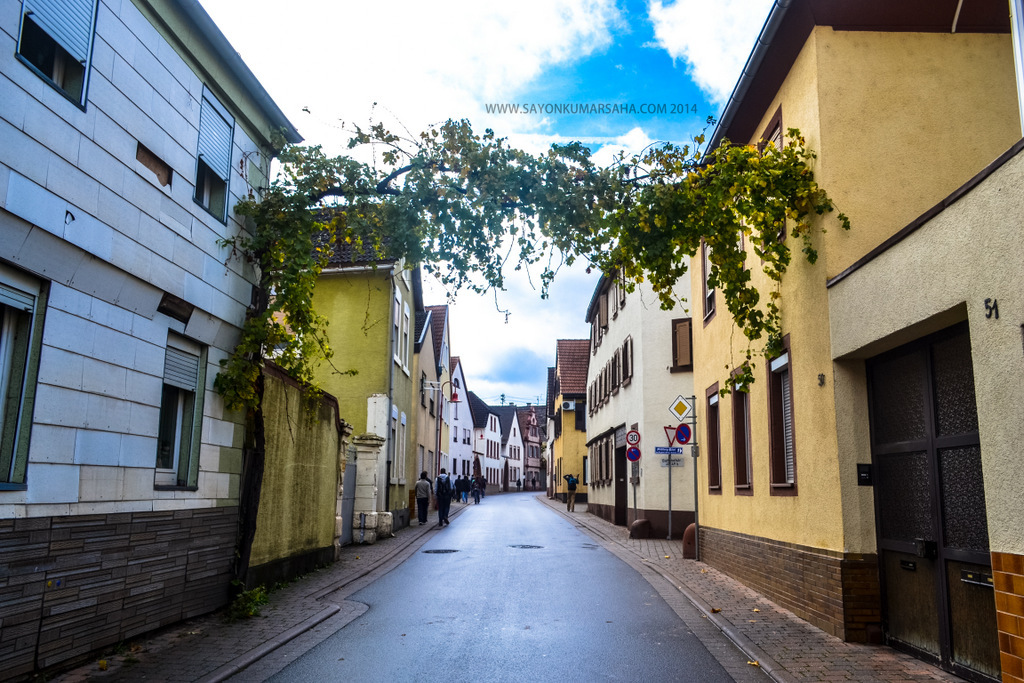 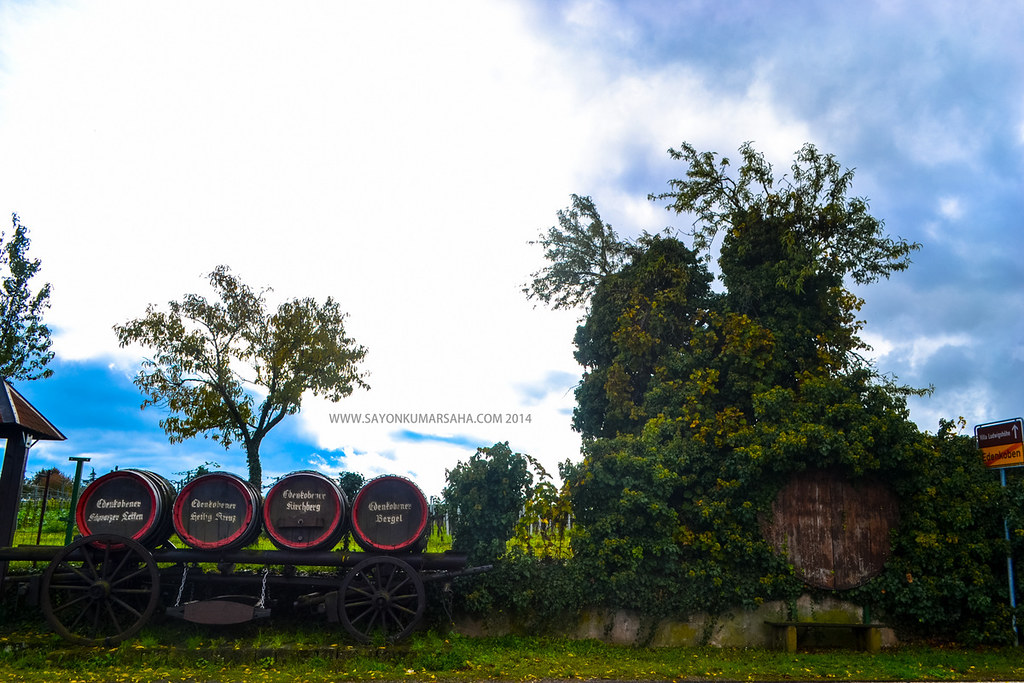 We were supposed to meet at Hauptbahnhof at 12:45PM. Right on time I meet Julian and Francisco from Columbia, Sam from Britain, Hubert from Poland, Camilo from Columbia and Geza from Hungary. We board the train, while many more join in. At Neustadt, we change the route to reach Edenkoben. Here we meet more people. Mario and Pablo from Spain, Sarah from France, Elina from Bulgaria and Leornado from Mexico. A 4.5km walk from the train station in Edenkoben to the Schloss Villa Ludwigshöhe through the village and the vineyards. The round of introductions and cultural exchange continued. 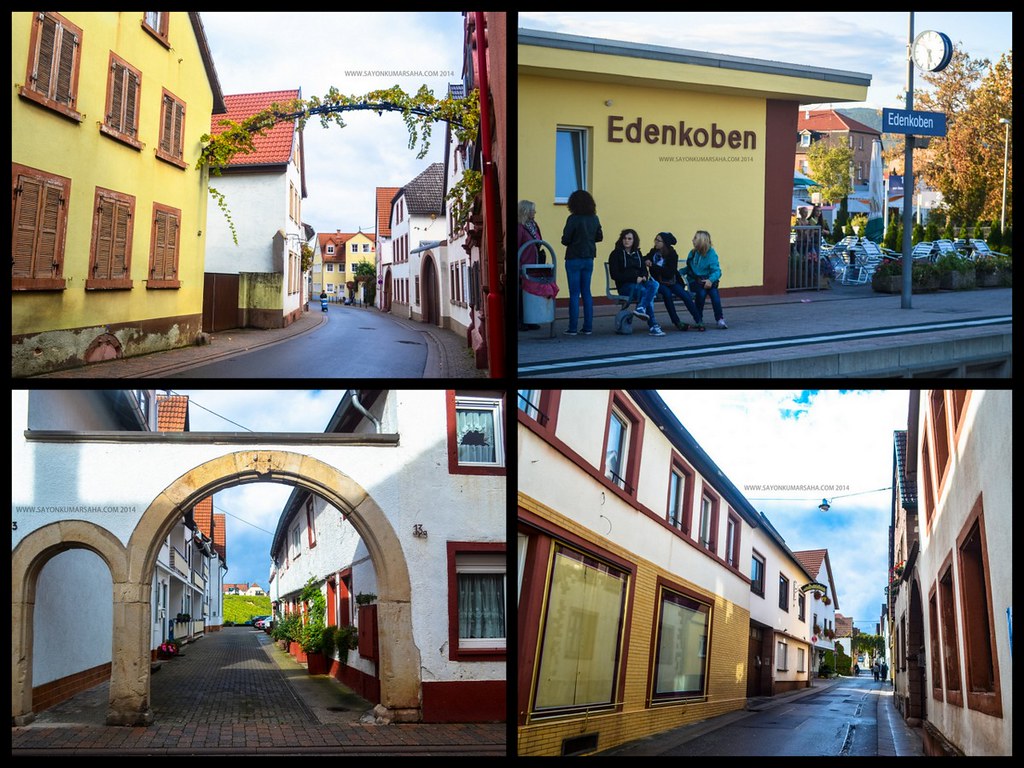 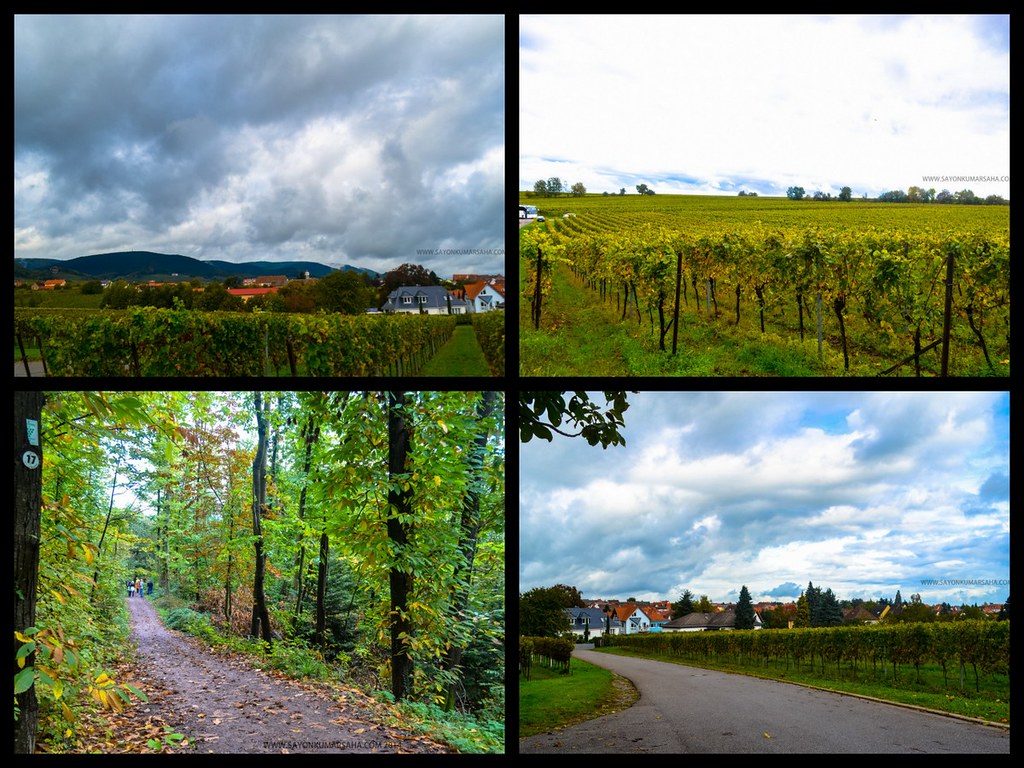 The history reads: “The chestnut is the best southern climate witness”. This already knew Bavarian King Ludwig I, leaving thousands of chestnut trees planted around his summer residence Villa Louis near Edenkoben. The chestnut bloom in early to mid June, while its yellowish flowers exude a sweet tangy scent. In October, the mature “Keschde” fall from the trees, the prickly shells burst and put the fruit freely. We follow the trail of Chestnut between forest and vines, and reach the Schloss Villa Ludwigshöhe near the village of Edenkoben. 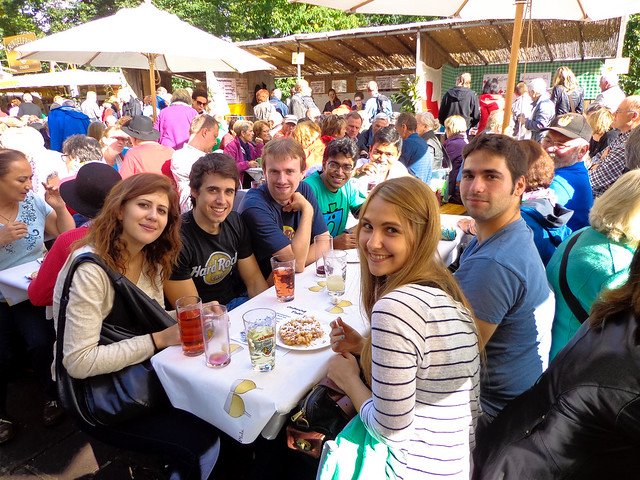 Wine festivals offer an outstanding and distinguished by special quality of wine, food, framework program, setting and decoration. We tried different food and wine at the wine festival. The ambience was worth it! The Southern Wine Street is known for its excellent wines, their hospitality, celebration joyful people and their social wine festivals. But not only wine festivals but also pilgrimages and culinary events were discovered and celebrated. 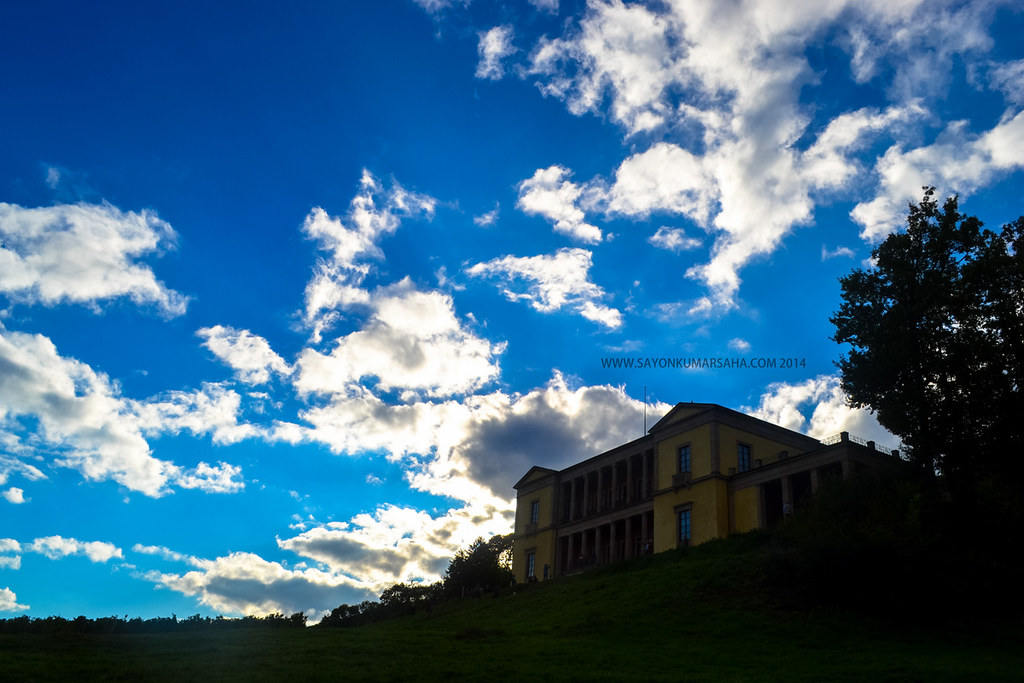 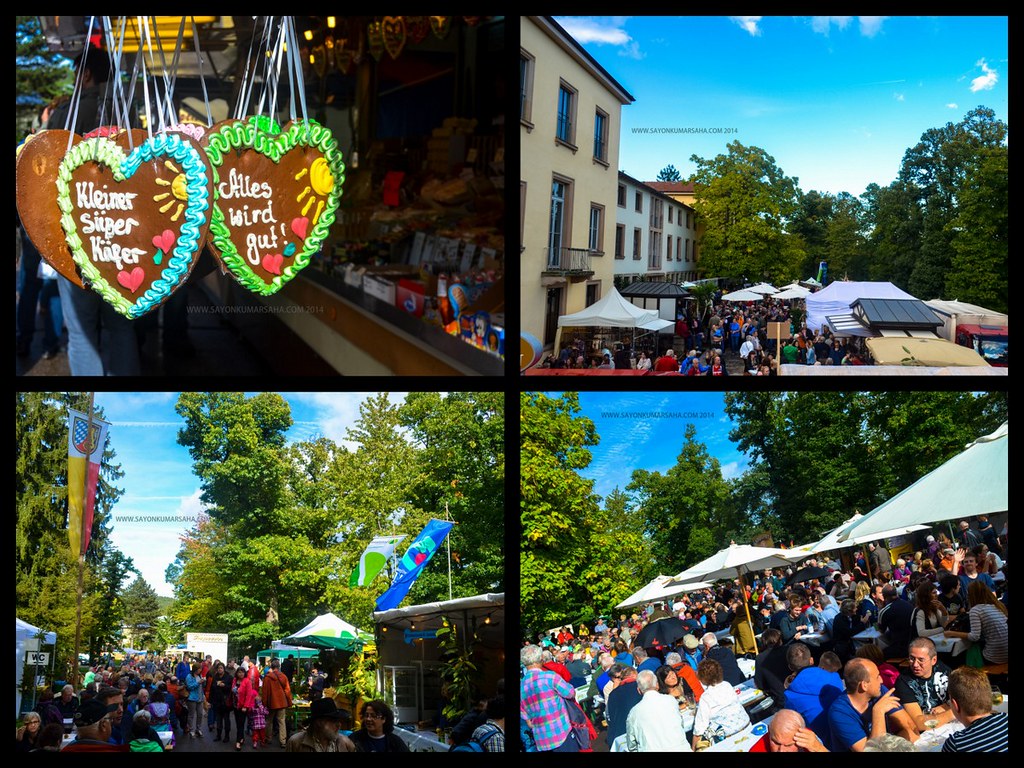 For about two millennia are known in the Pfalz wine-growing. The Romans had then realized that the climatic conditions and the soil of the vineyards are ideally suited.And that has not changed to this day. Wine plays the main role, as an everyday cultural heritage. The Wine Guide of the Southern Wine Route introduces you to the wineries known holiday region Edenkoben. 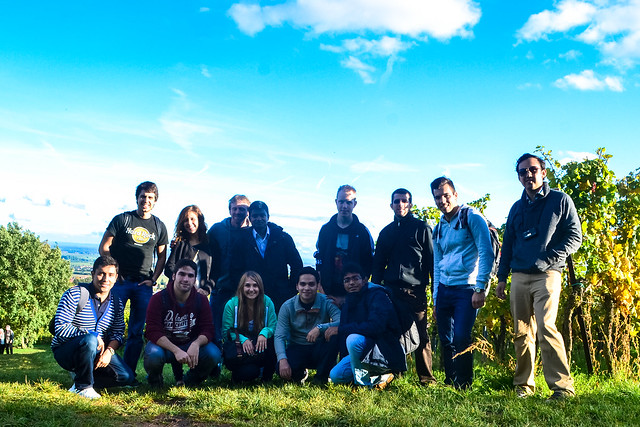 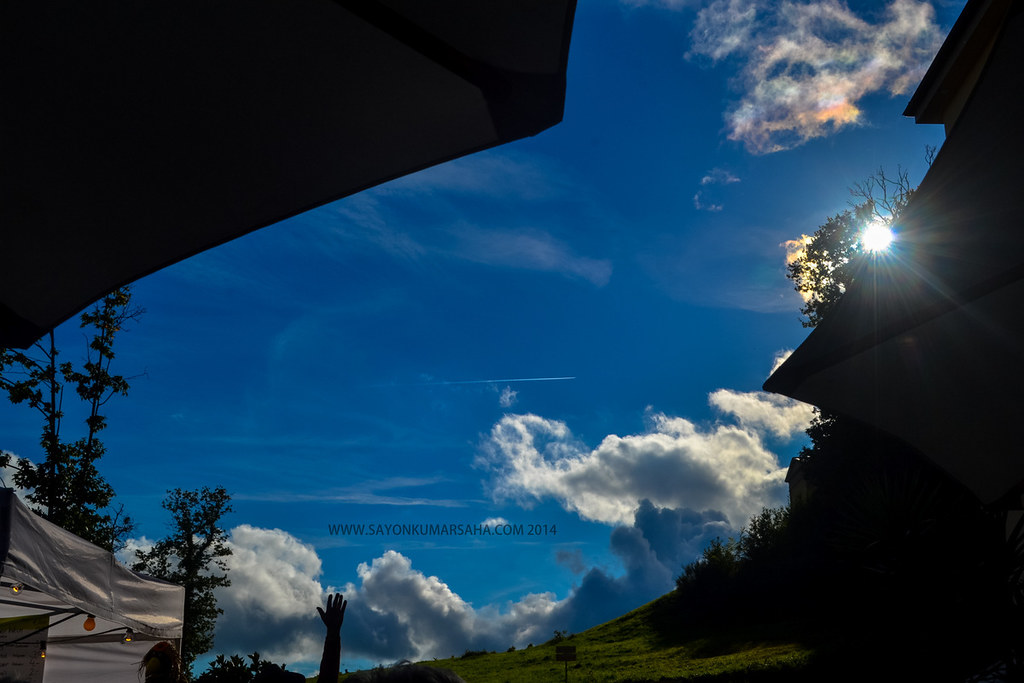 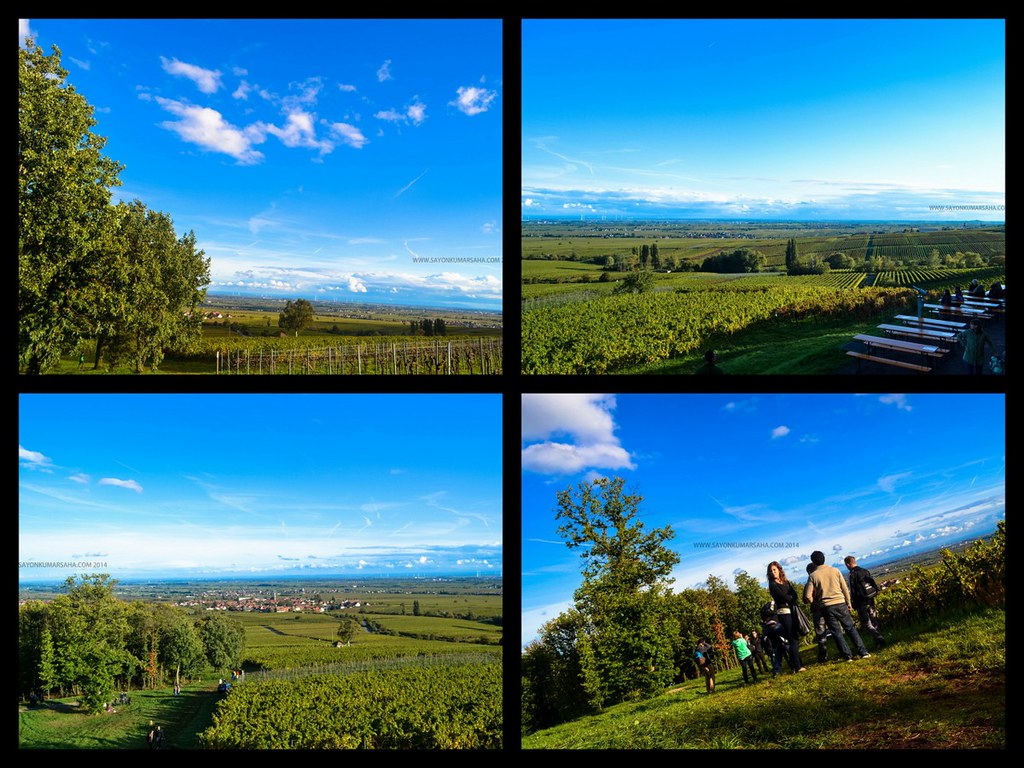 The open air museum “Edenkobener wine trail” leads to a distance of about 1.5 km or a large trail of 3.5 km through the vineyards. Be represented historical viticulture and vineyard technology and the diversity of grape varieties and growing methods. Old vine-growing, wine-grape and cellar equipment that are issued in large numbers along the wine trail are described on information boards for visitors. 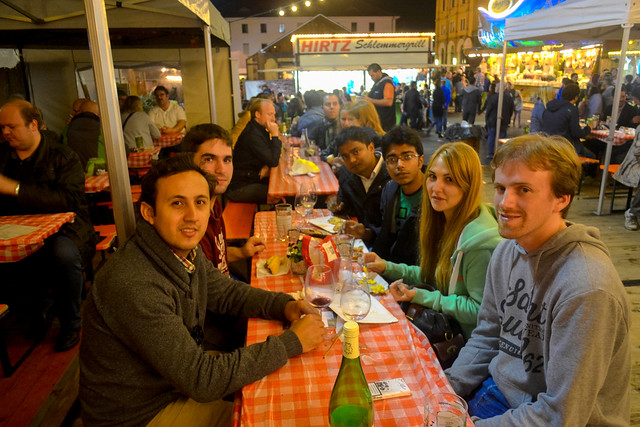 Having a good evening. Good food. Good wine. New Friends. And great talks! We also meet Willy and Dilqna here. The German Rock Band at Neustadt was no less a fun! 😉 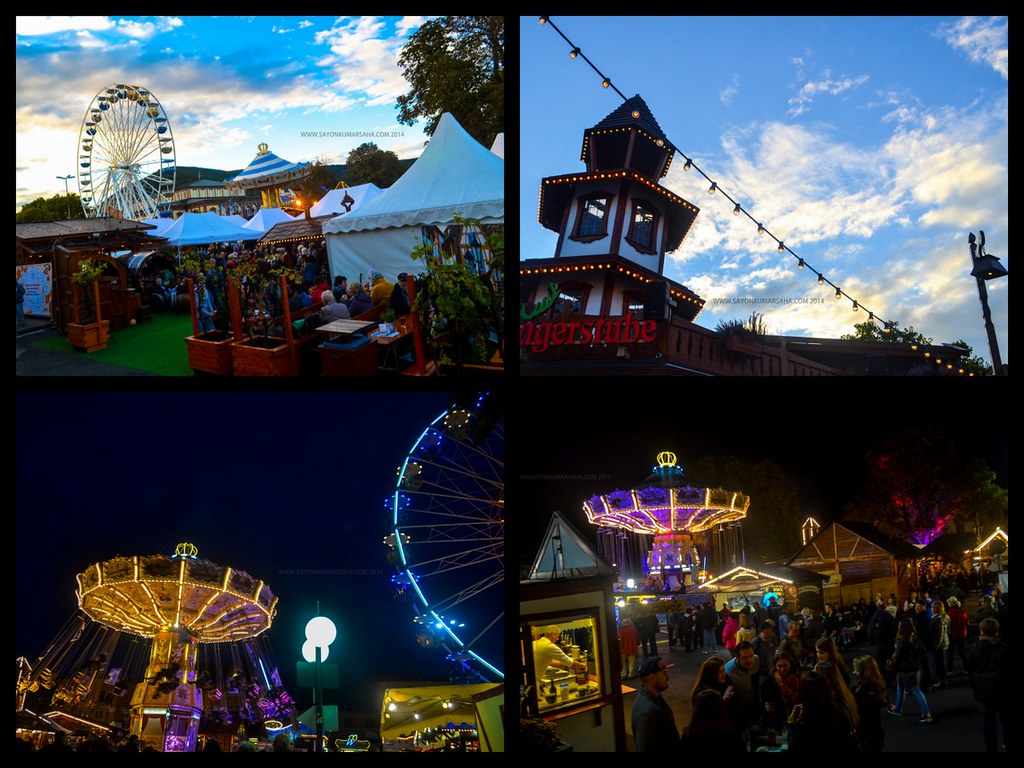 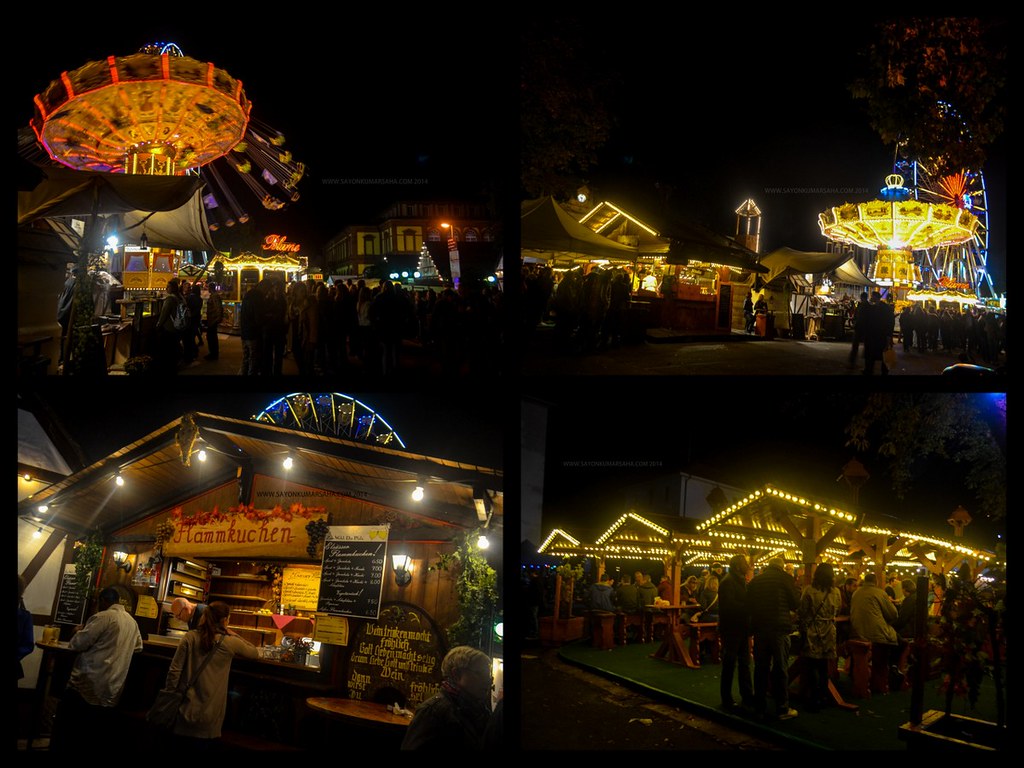 The origins of the German vintage festival go further than 50 years: As early as 1909 drew the first wine festival parade through the city: it is always the big Thanksgiving feast of winegrowers, looking back on a busy year and looking ahead to the new vintage.End of September to mid-October is when the new wine ferments in the cellars of the winery and brewing when most grapes are read and work in the vineyards for this year coming to an end, is the best time to celebrate.

The German Wine Harvest Festival is the largest wine festival parade in Germany, highlighting of the wine festival season in the Palatinate. In cool cellars winery ferments, Neustadt on the Weinstraße celebrates Thanksgiving: First barrel samples that the quality of the new vintage will taste; the “New” is served in Dubbegläsern, the good Riesling and Pinot Noir in the glass with Sti(e)l.