When was the last time you stood in awe of nature? Do you remember what it is like to take a step back and enjoy the beauty of what is surrounding you? 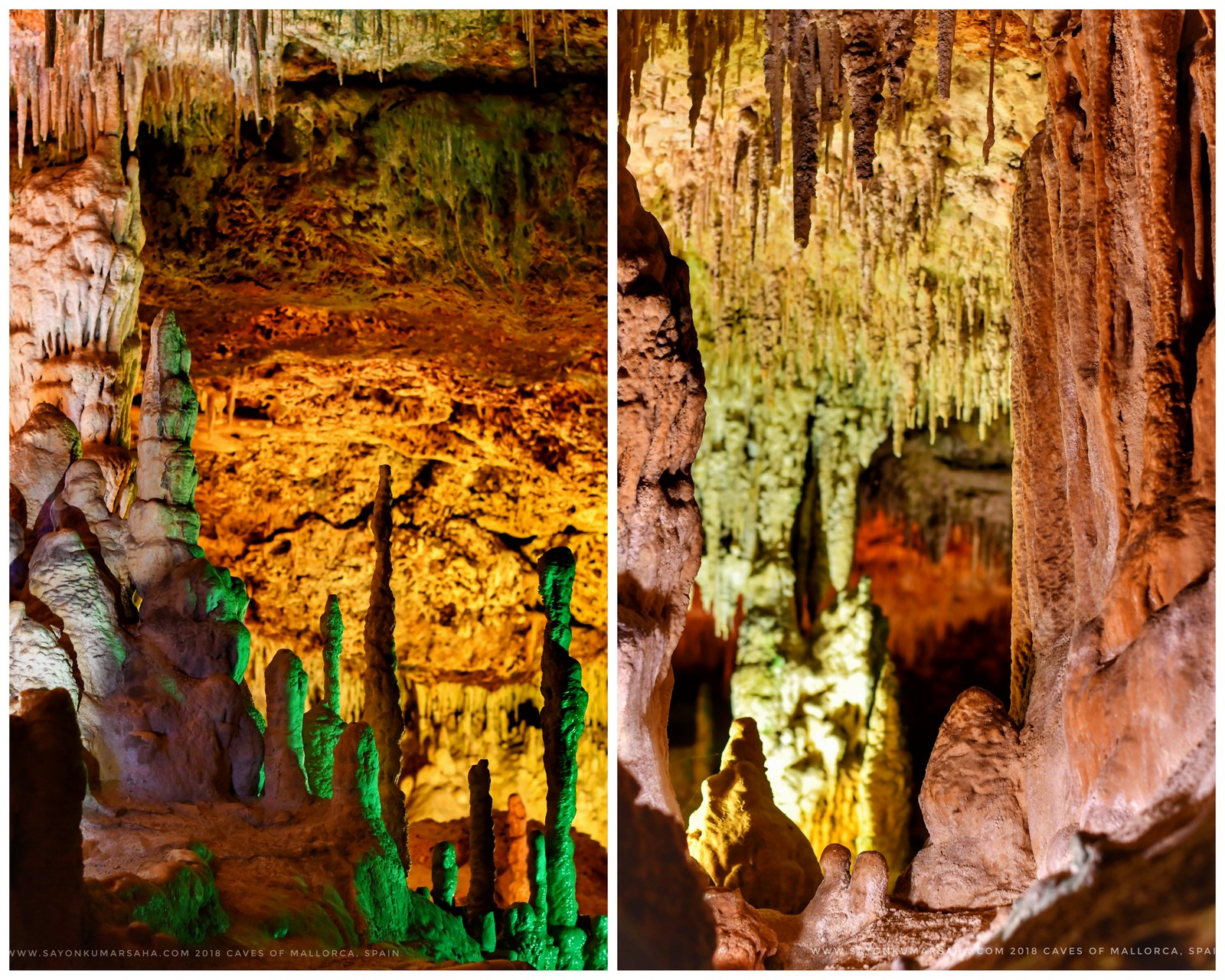 If the answer is no you might be rushing through daily life not allowing yourself a break. I can only tell from my recent experience that it is worth looking at what nature can produce while and long before we were hectically trying to progress with artificial things. 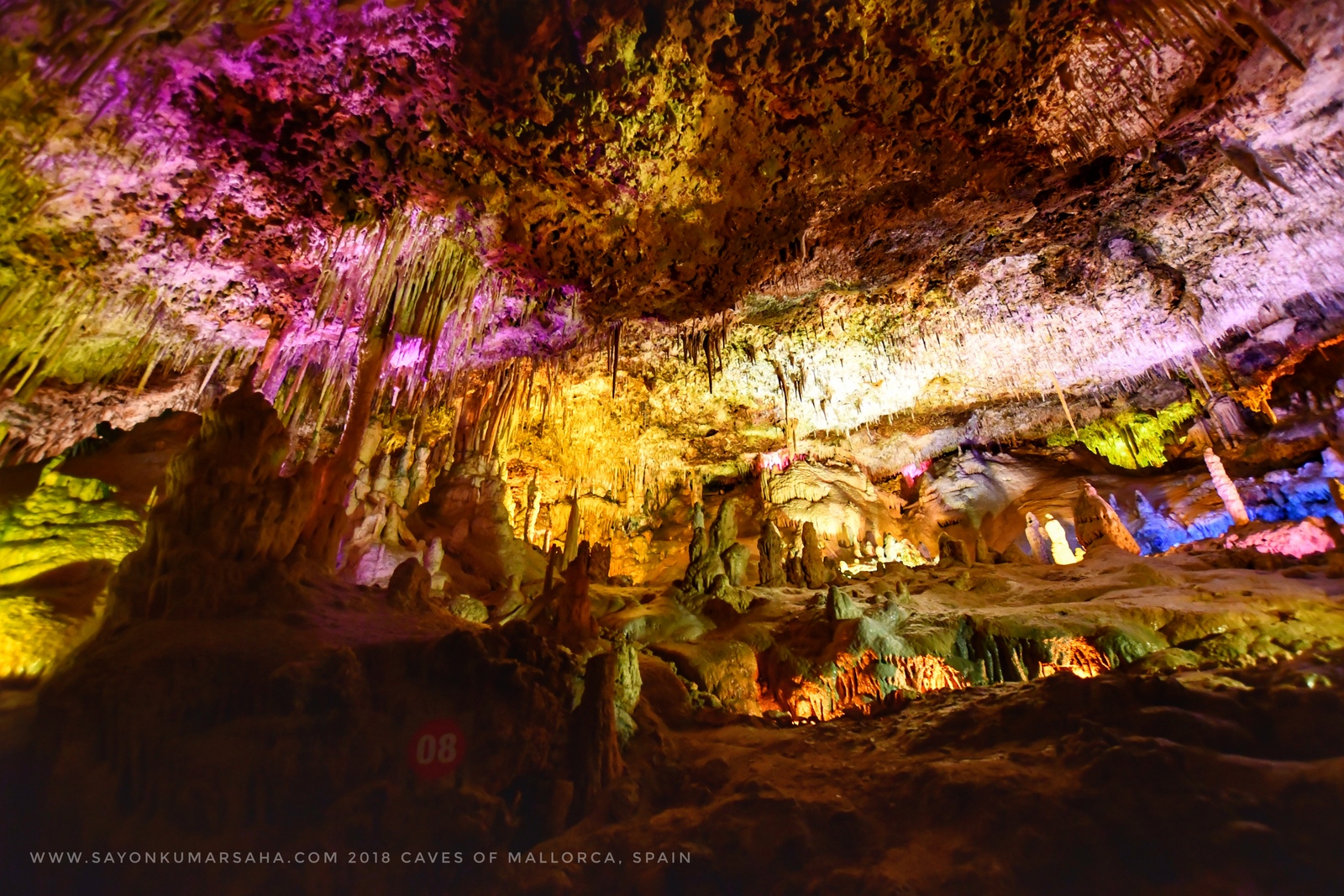 When Sayon, Annachiara and I were working in the trivago Palma office for a week we took advantage of the holiday on November 1st to explore the island. We drove all the way up the island to Porto Cristo to visit the “Cuevas dels Hams” which is Spanish for “Fishhook Caves”. You will understand why they are named that way by having a close look at the pictures, hanging stalactites really do look like fishhooks! 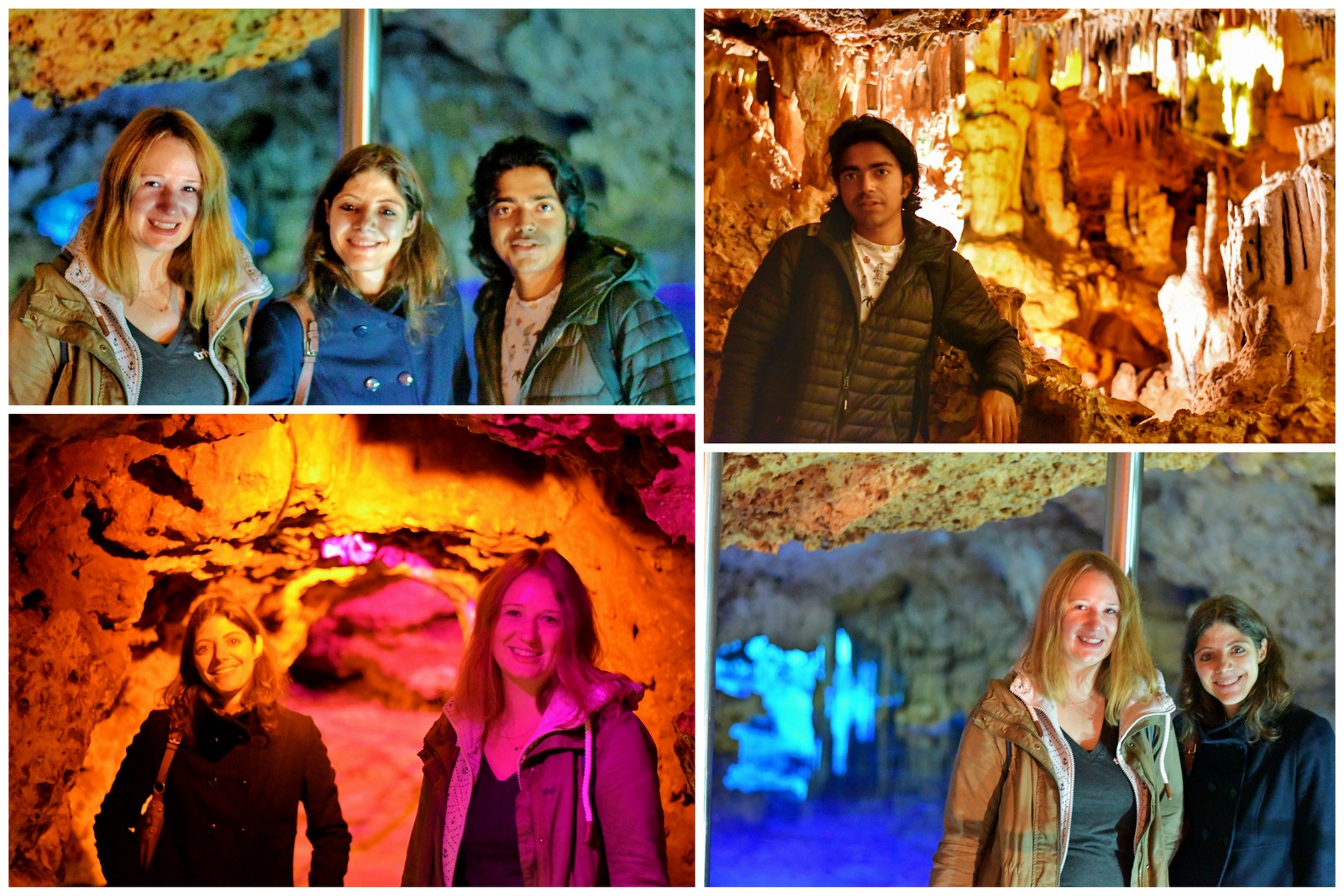 Before we entered, we decided to have lunch in the (only) restaurant that was part of the cave experience. If you go there don’t expect any fancy Spanish delicacies! The menu mainly contains mainly fast food – at least for a reasonable price. 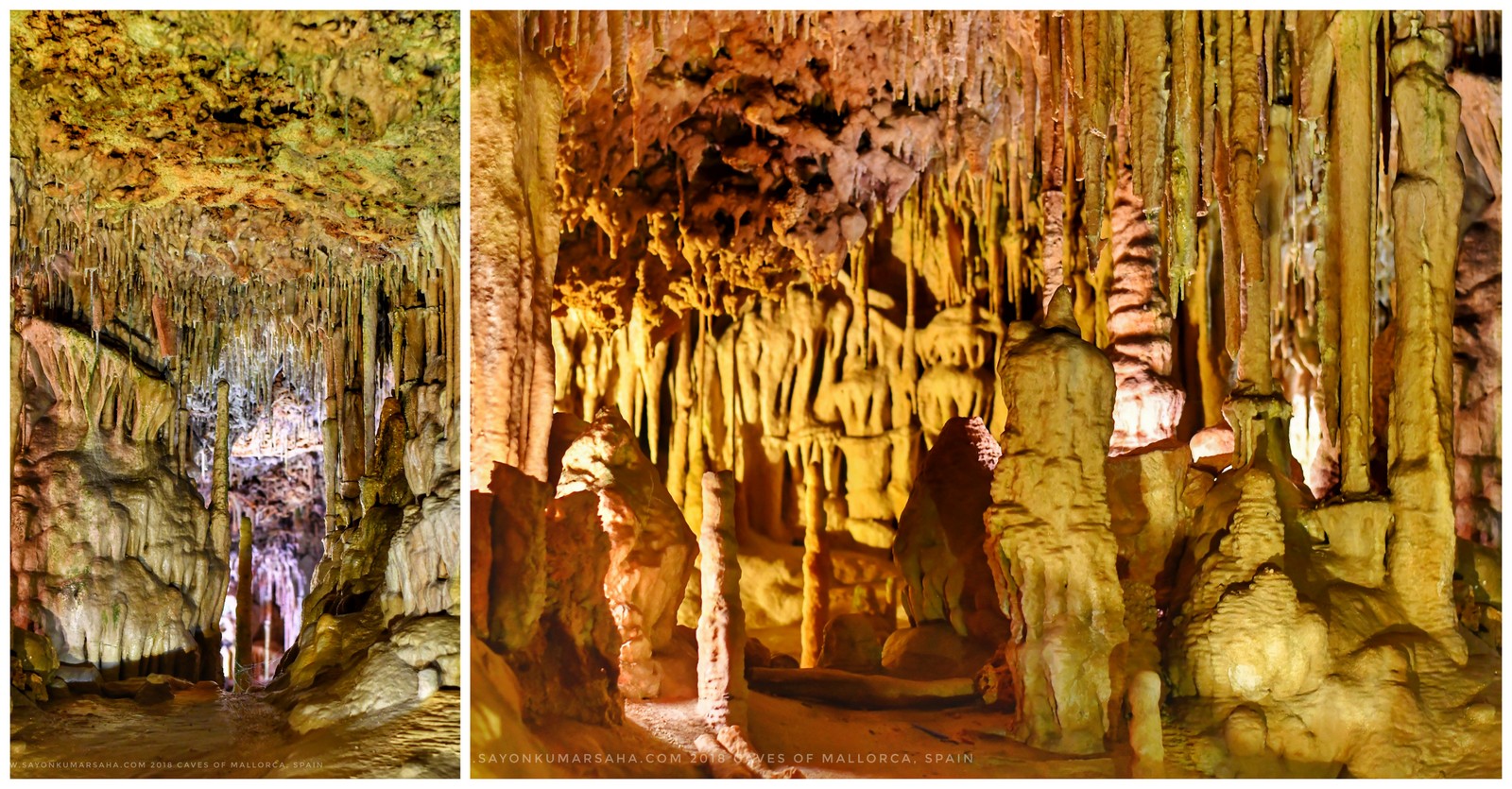 The first thing I noticed when we got to the cave’s entrance was that there were no tourist masses waiting to go inside. I can only recommend going to explore the caves off season as it gives you so much more room to look at it without much distraction. The day was a rainy one so it was nice to be inside those warm caves with 90% humidity. 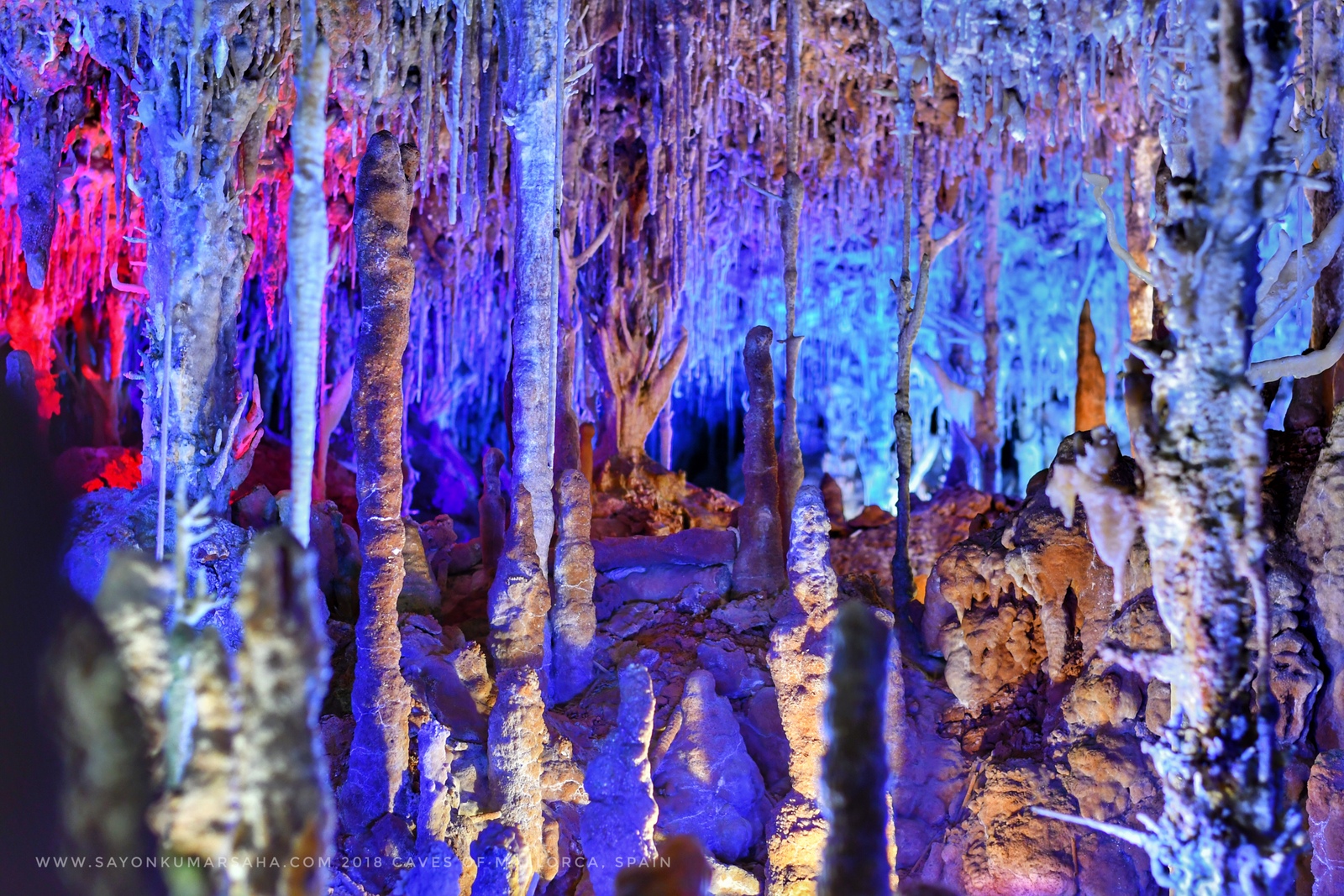 After entering, we got to watch a short film about the history of the caves. They were discovered in 1905 by Pedro Caldentey and contain unique formations of stalactites and stalagmites that formed themselves from an underground river that flowed into the sea. 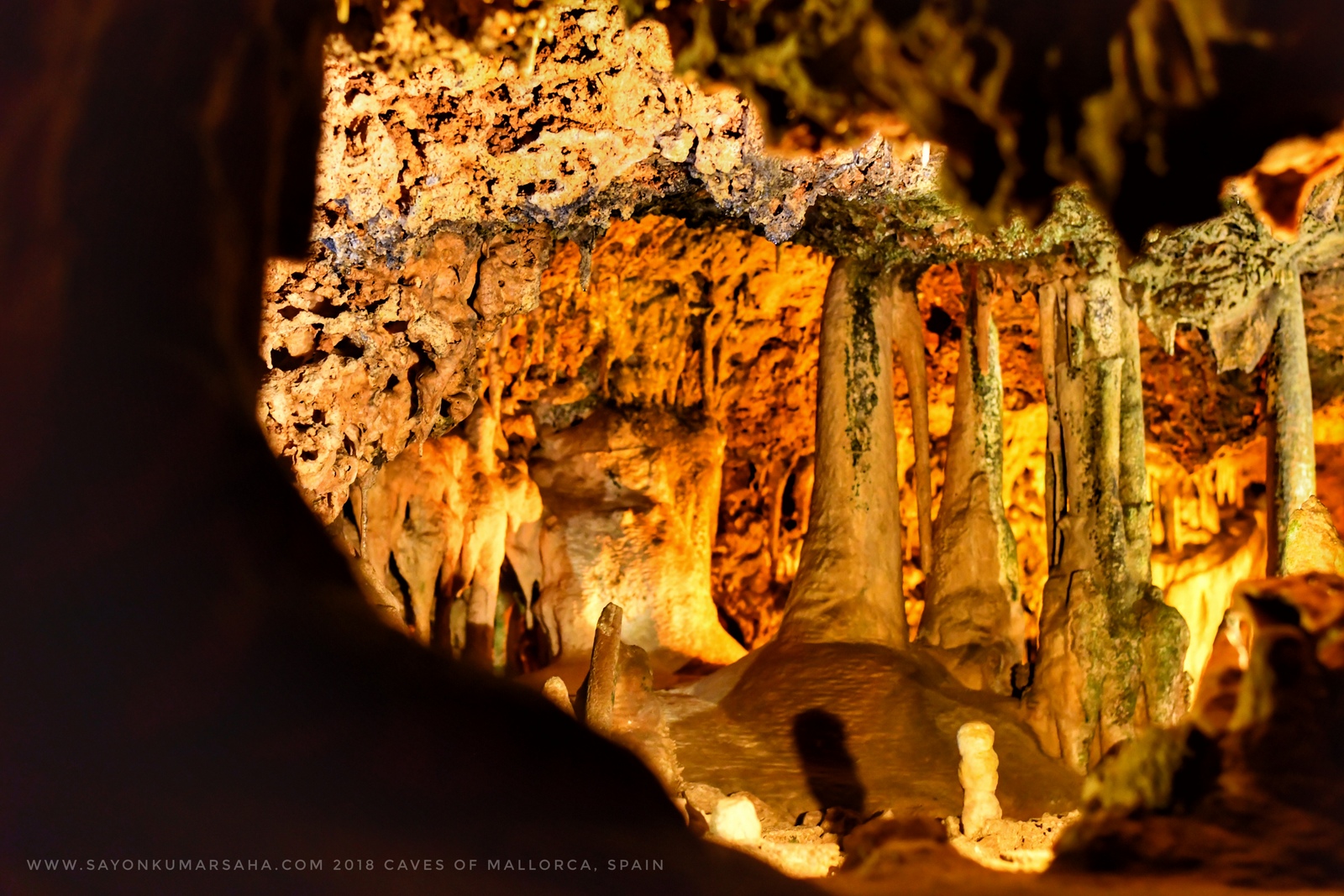 I bet you have problems remembering which one is which, so here comes the reminder: Stalactites are the formations hanging from the ceiling while stalagmites “grow” from the floor. 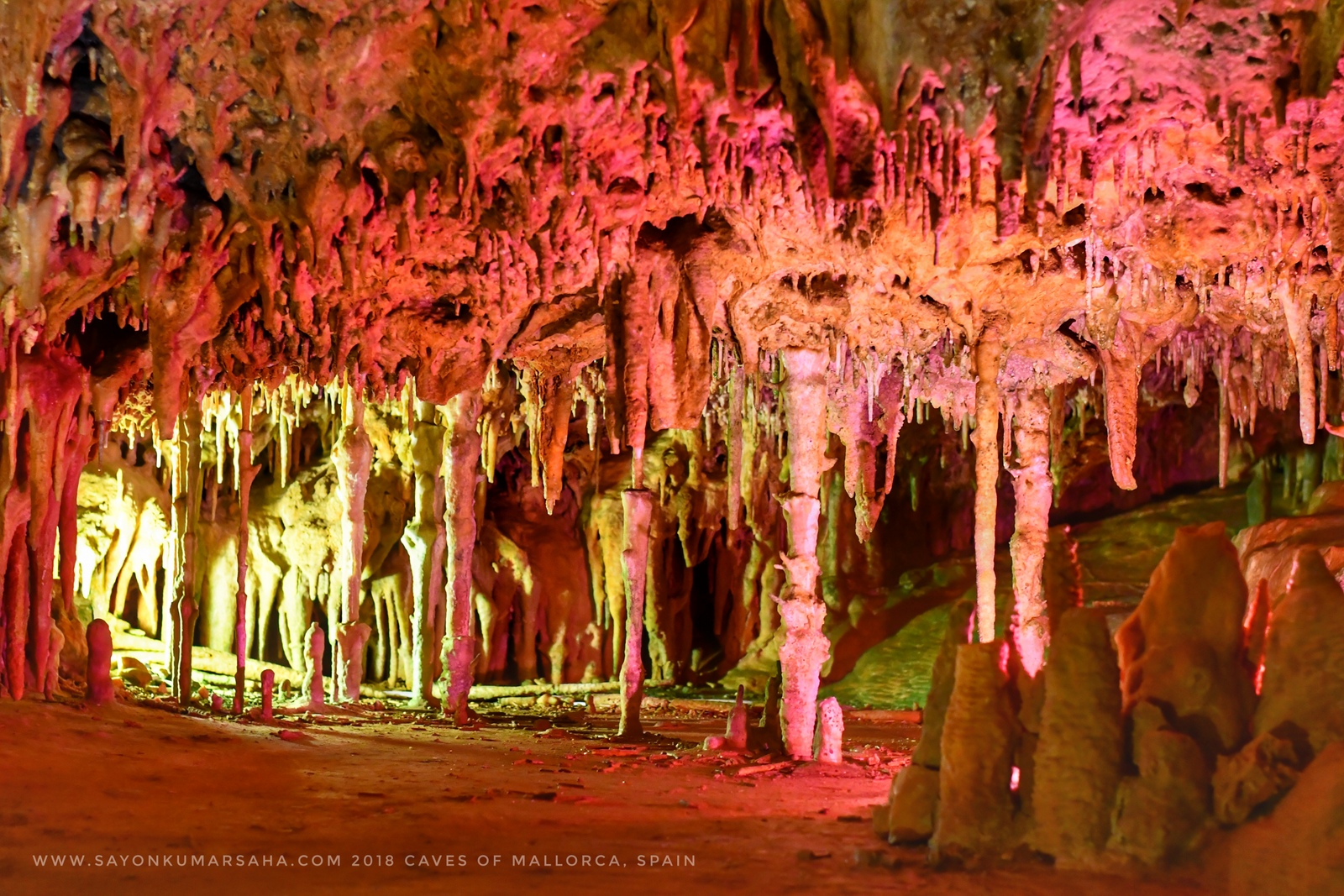 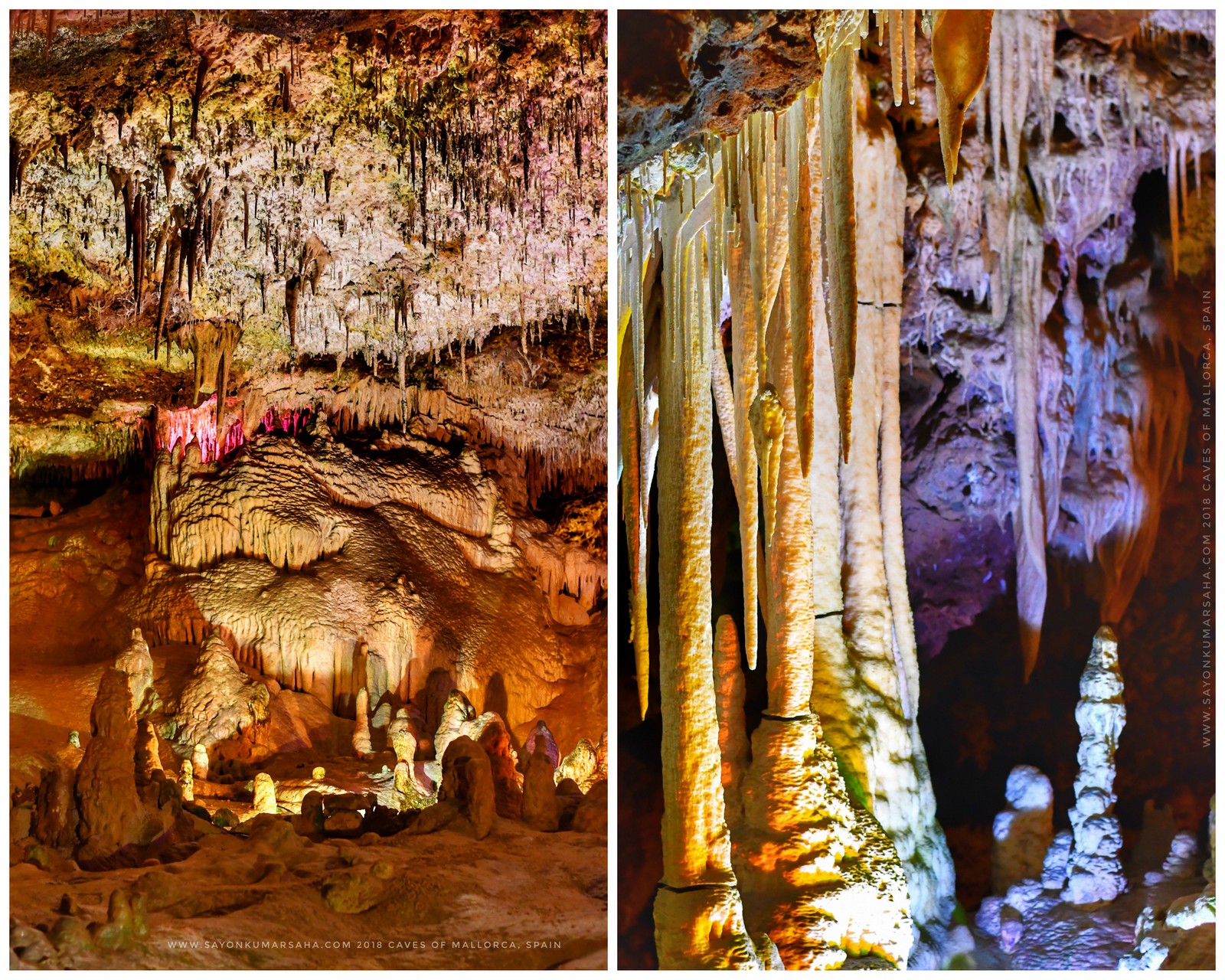 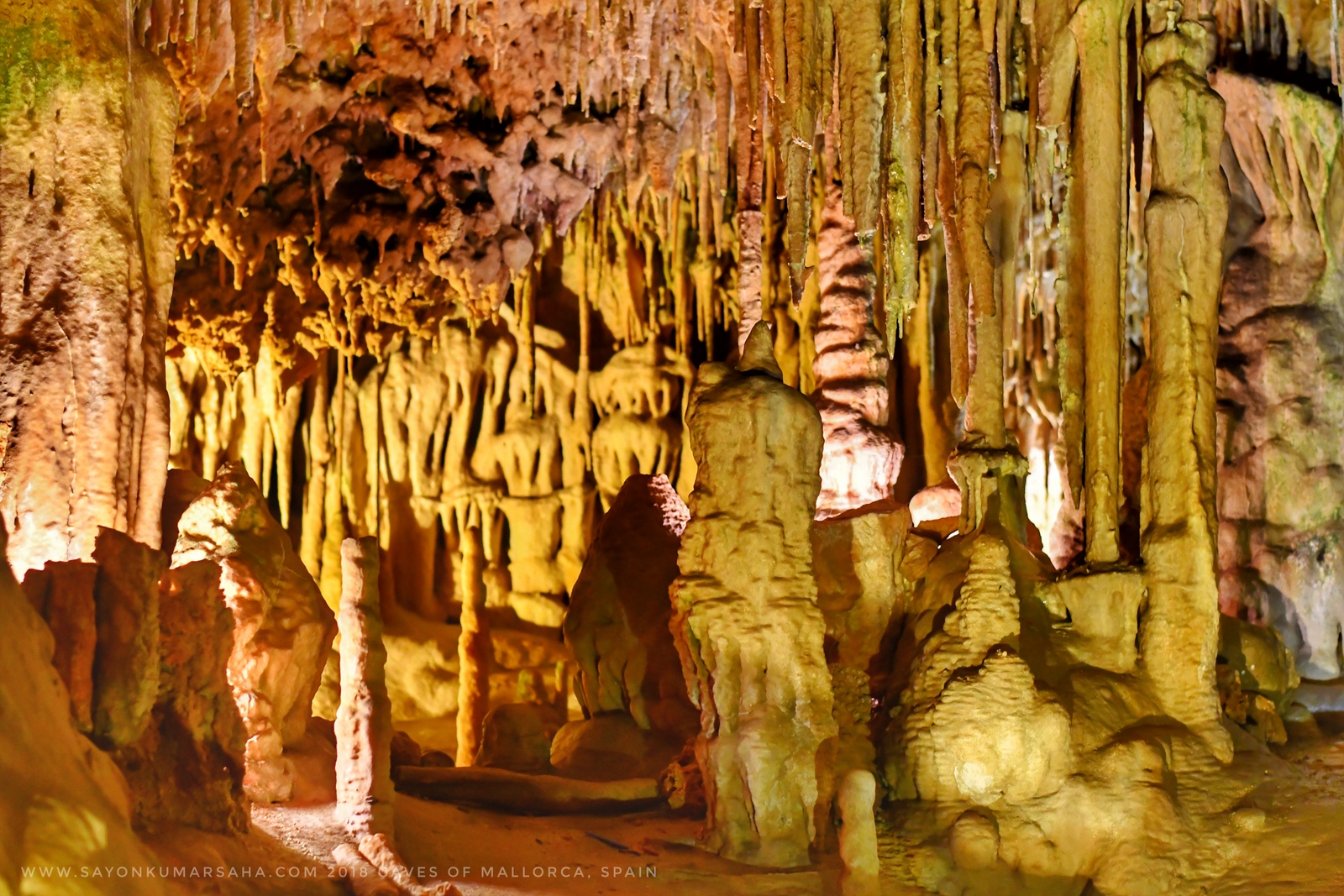 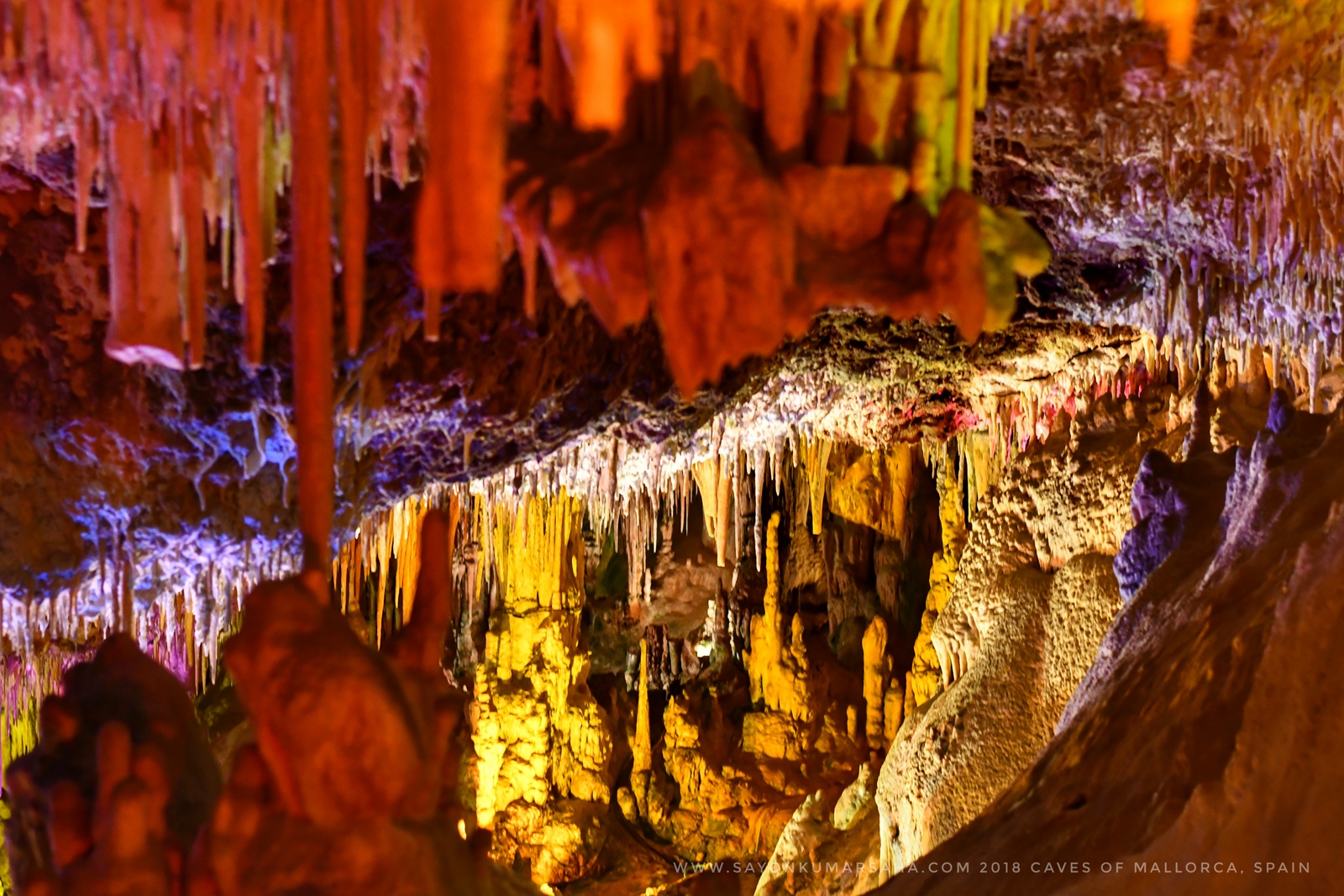 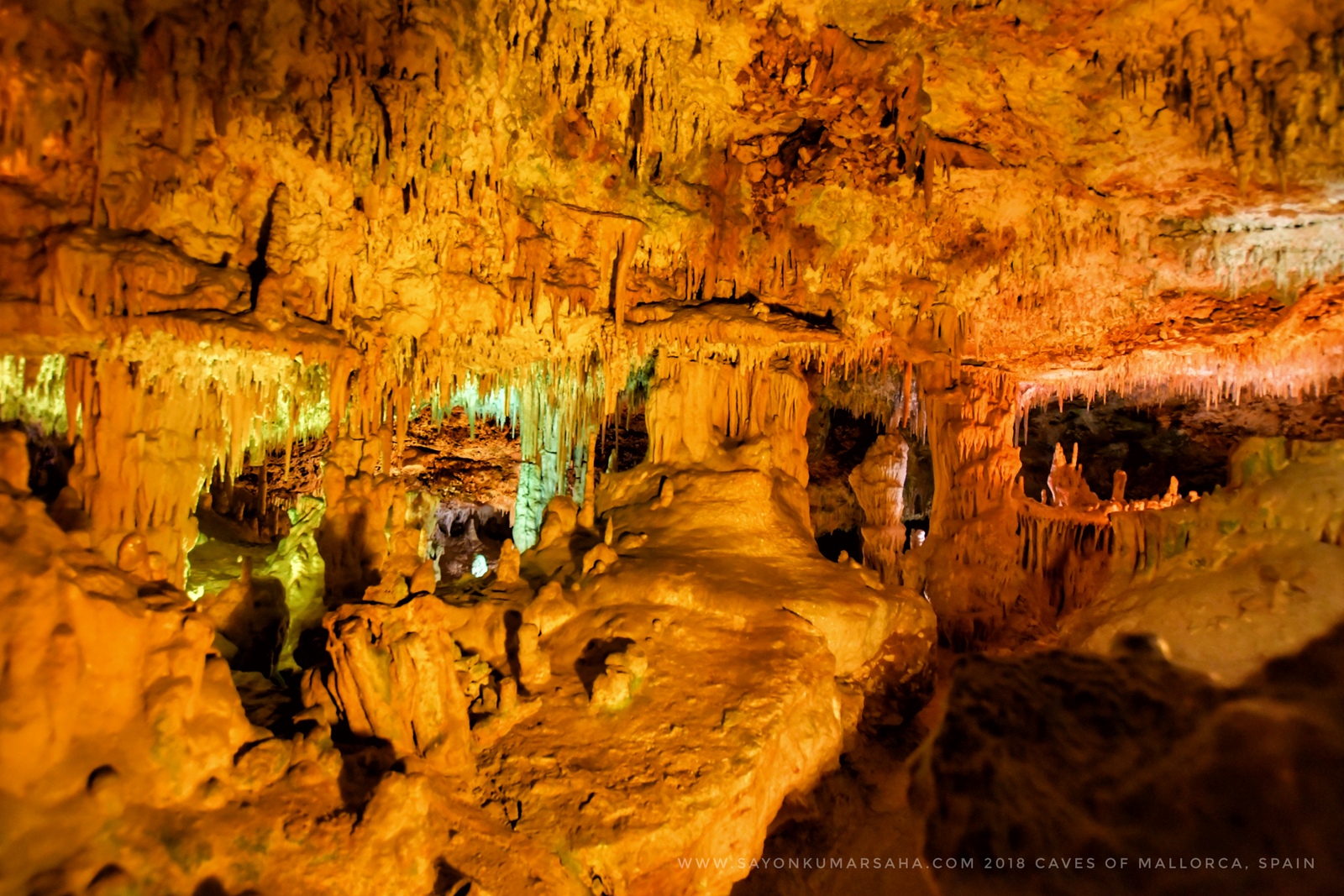 So, what’s so magical about these formations? 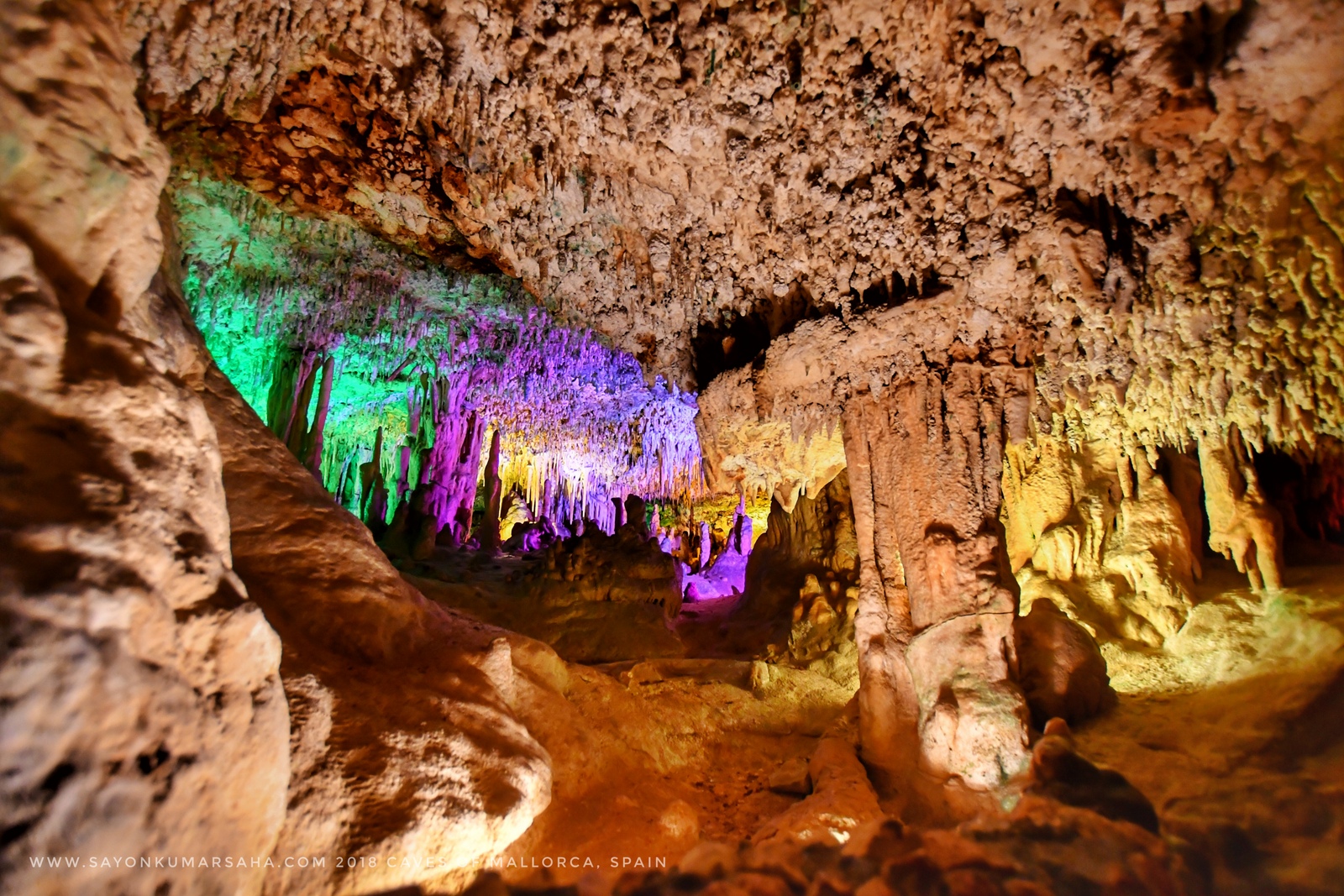 Well, not only do they look fascinating but also is there a special atmosphere in a half-light cave with colourful lighting illuminating the formations. Going further inside the cave visitors get to see a film about evolution, development of humankind, history as well as popular culture. By this point at the latest I got this ambivalent feeling about “time”. Time is passing by so quickly when you think of all the developments that happened over the last decade and time passing by so slowly when looking at all those stalactites and stalagmites. They have been growing for 10 million years – a number that is just impossible for me to picture and a time frame that makes me feel so insignificant… 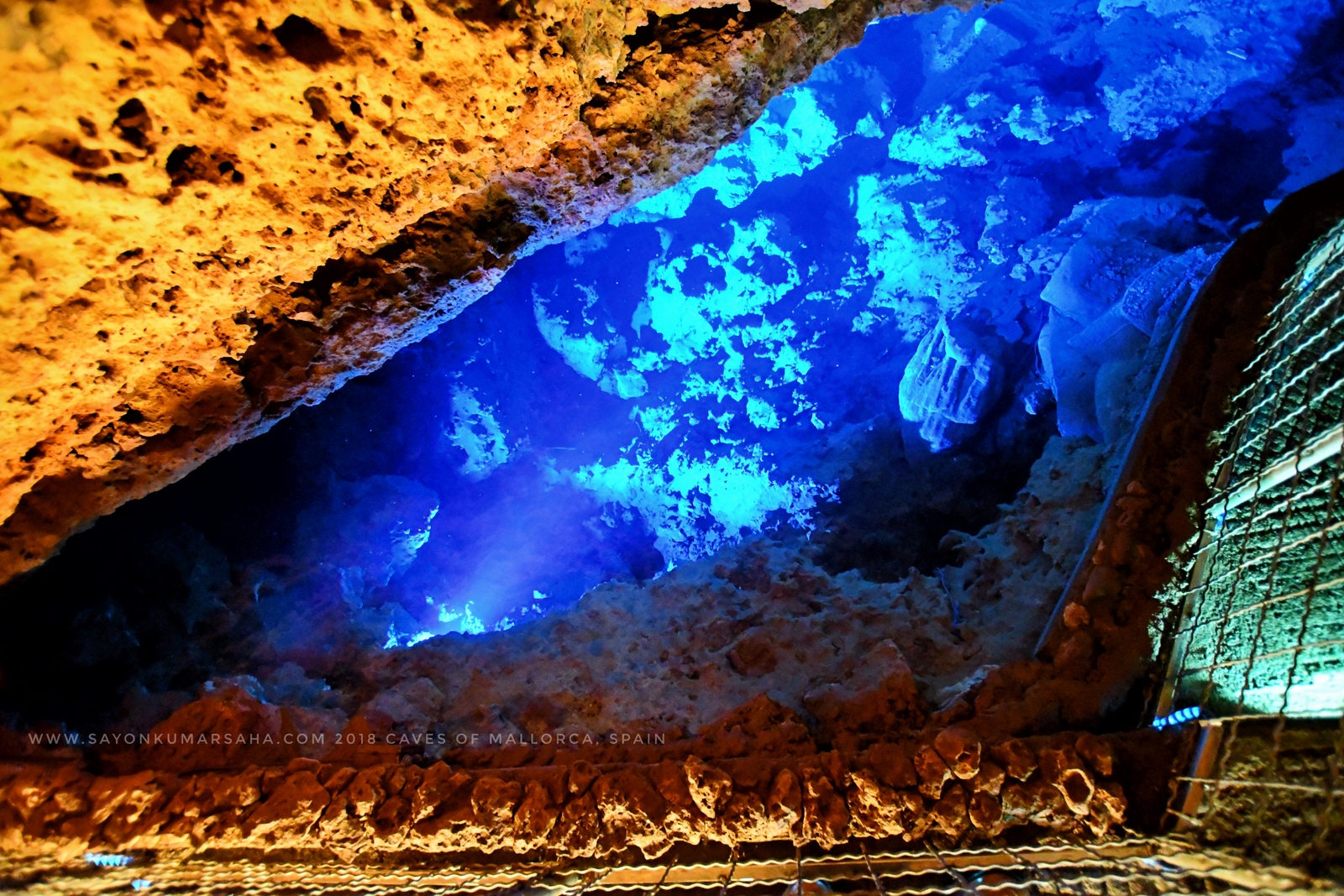 For me, the most spectacular part though was the underground lake named “El Mar de Venecia” (the lake of Venice) which was surrounded by formations. 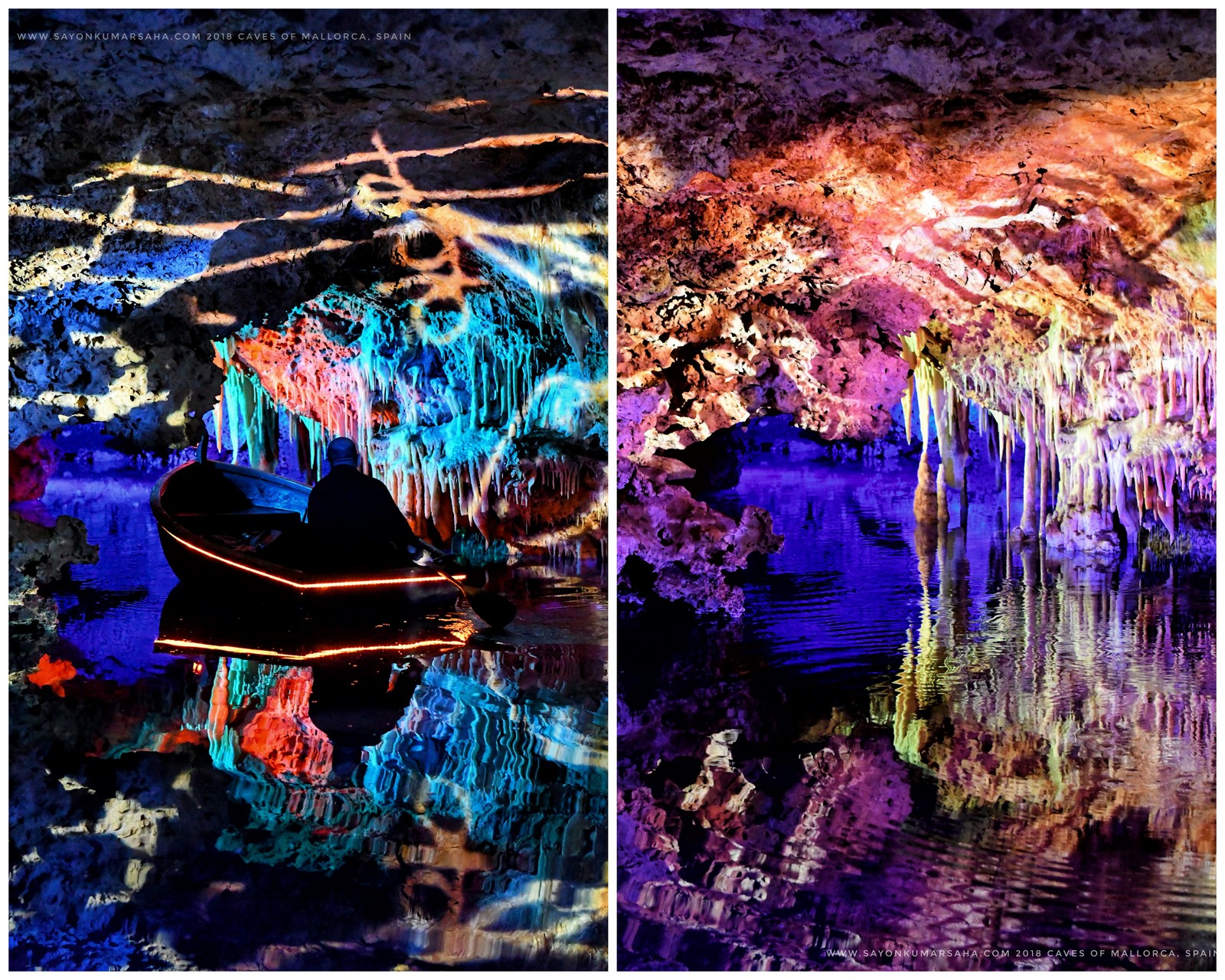 There, we encountered a very touristy event: A small illuminated boat appeared on the lake accompanied by a light, slide and music show. 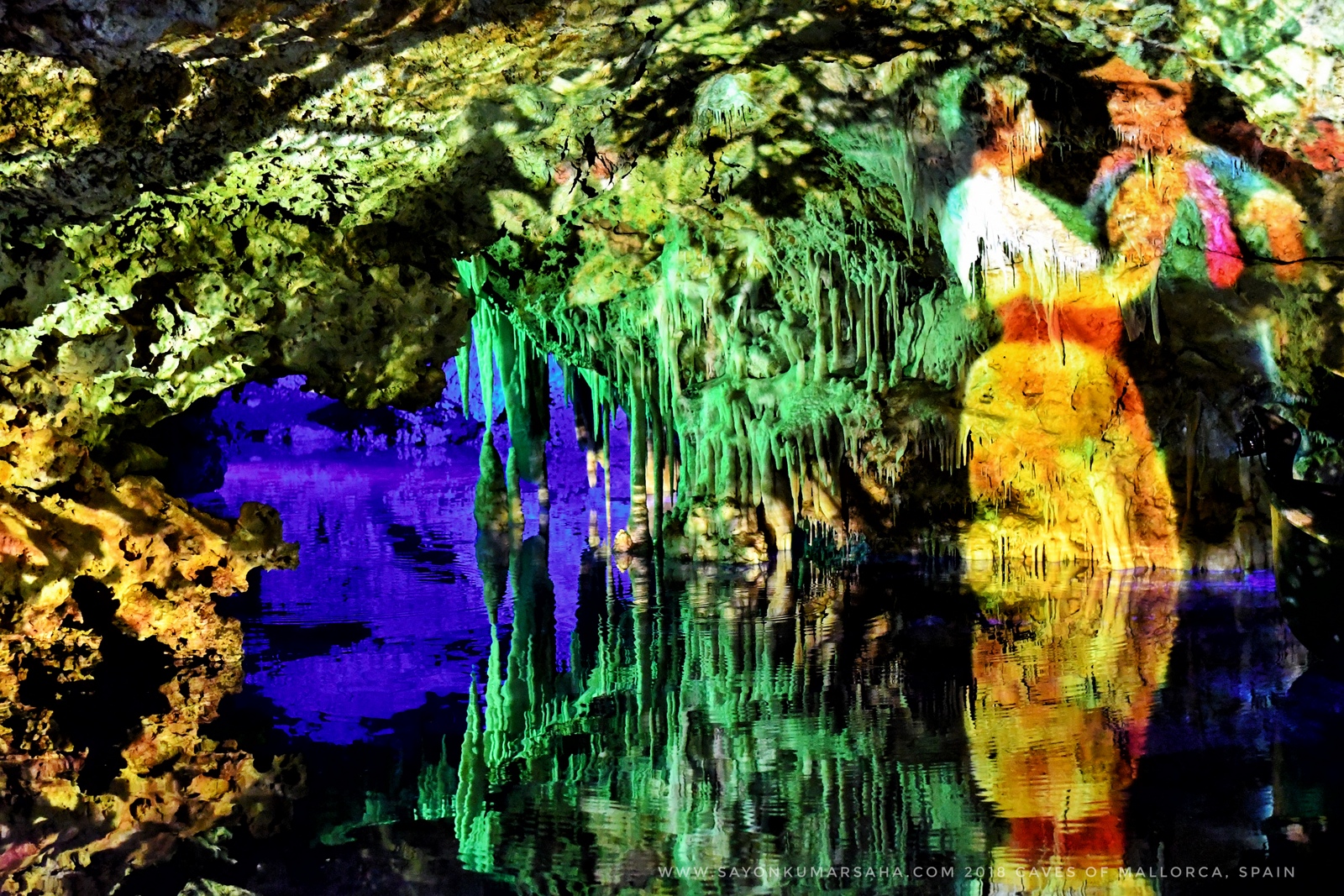 Personally, I think this show was unnecessary as it didn’t make the experience more enjoyable but rather reminded me of the fact that this cave came into being without human contributors which made this show surreal. 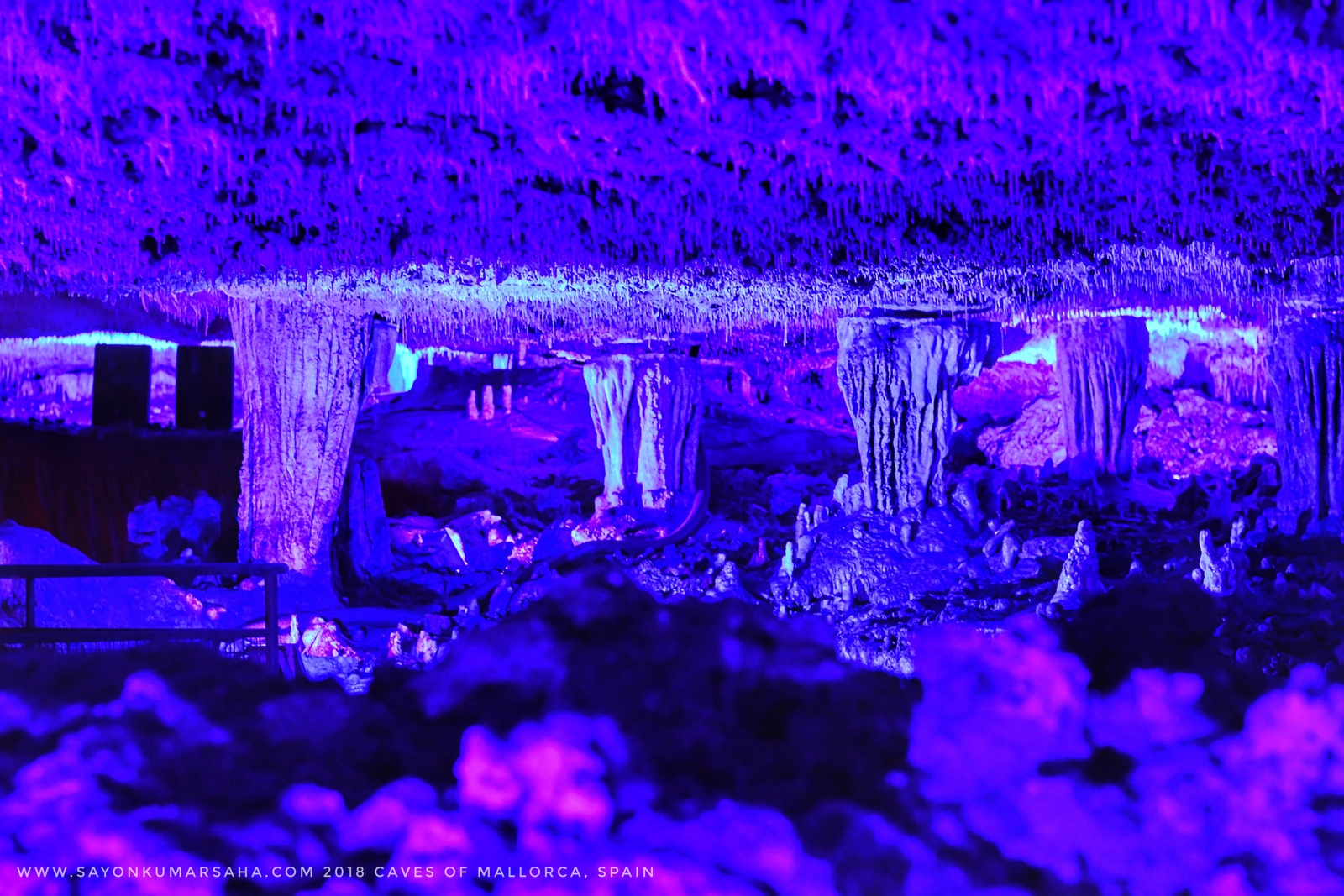 Afterwards, there was more time and space to look at the “untouched” caves by ourselves before we stepped back out where the little sun light of the day nearly blinded us 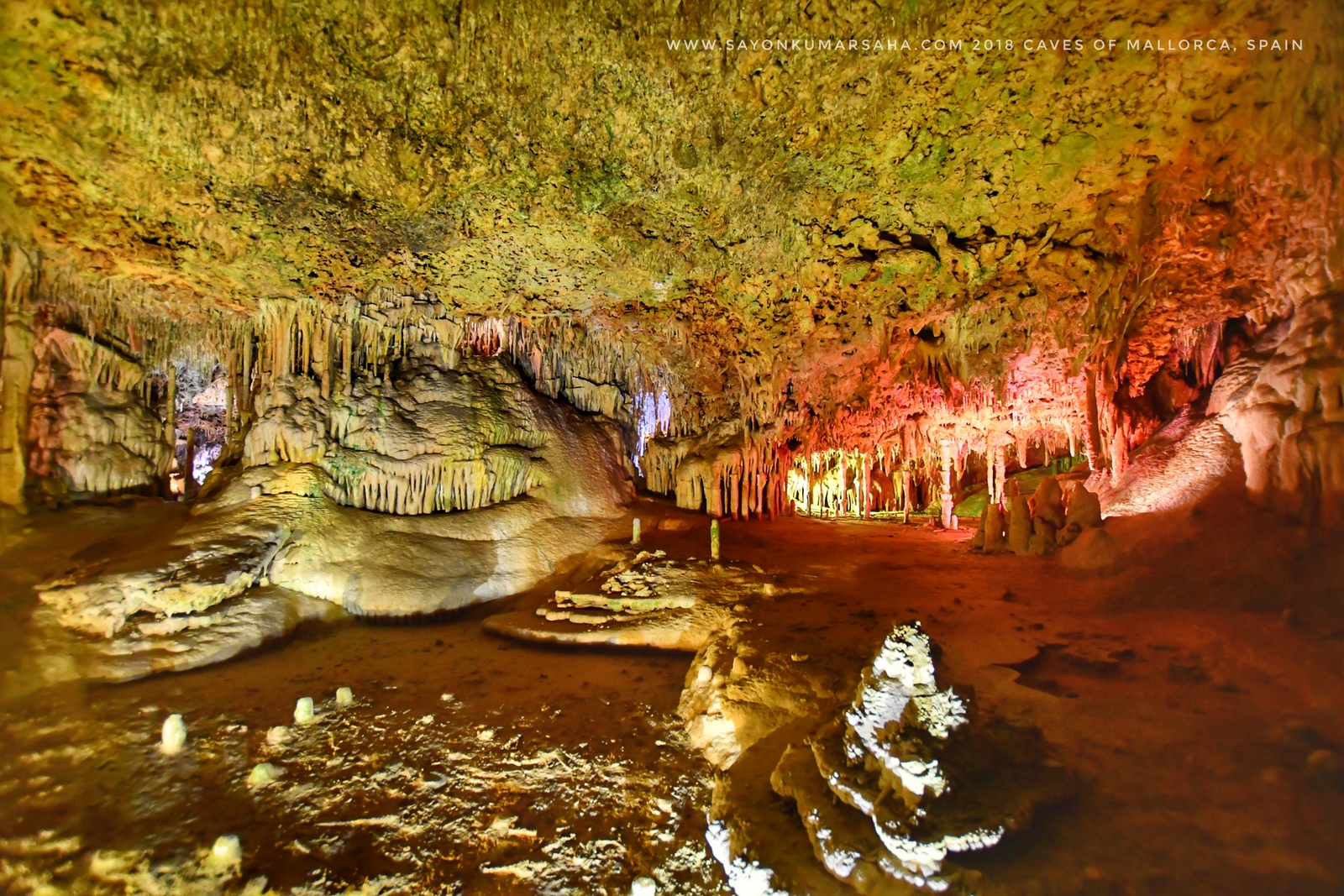 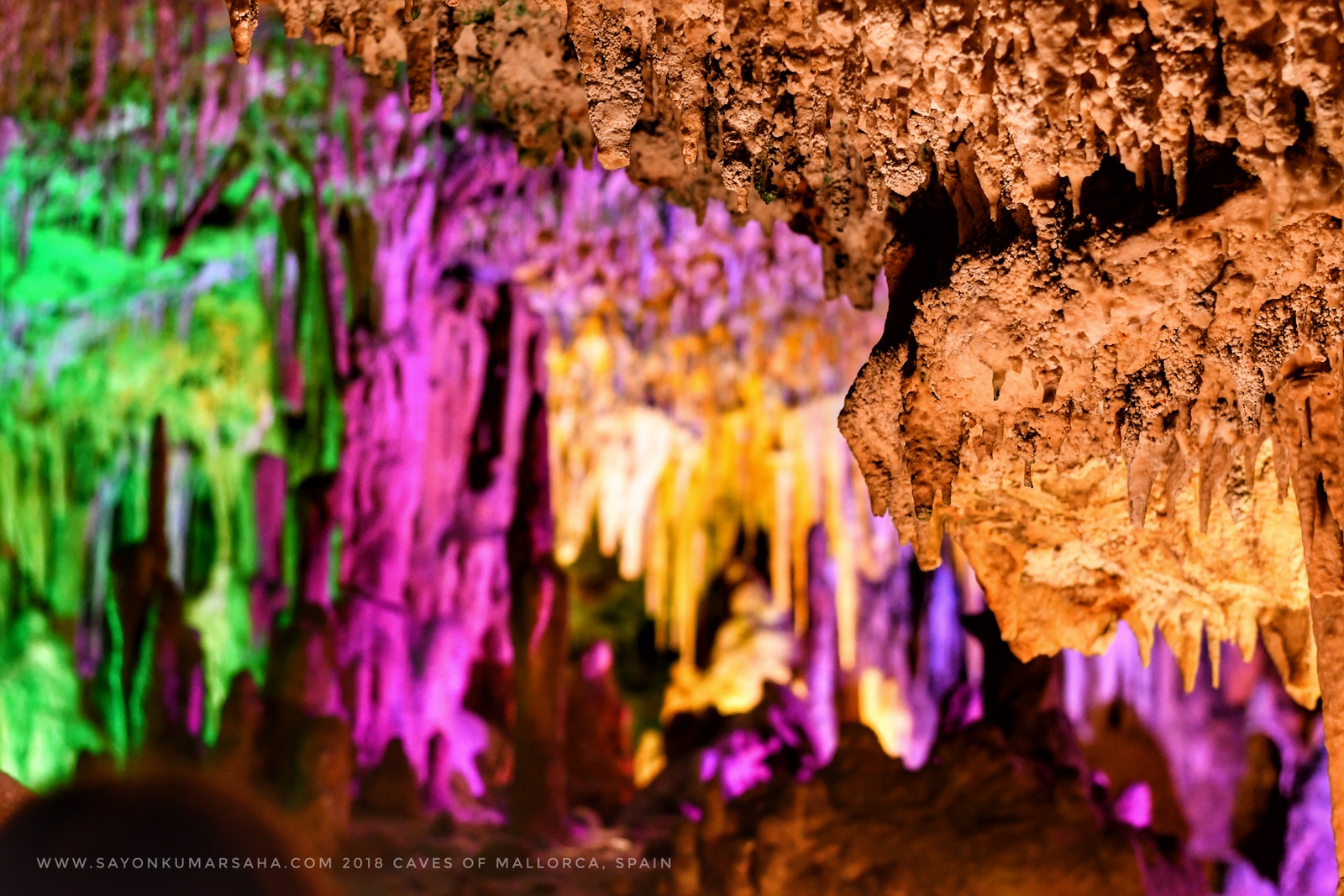 All in all, the visit was worth the drive and money (21€ entrance fee) as it takes you to a whole different world underground, reminds you of how slowly nature evolves and that you should be mindful about treating it right.