Elections in India are an interesting “event”. And why shouldn’t it be? After all India is home to the world’s largest democracy. According to the Election Commission of India, the 2014 16th Lok Sabha election will see 814.5 million people on the electoral rolls. Out of them 100 million are first time voters. With unparalleled media frenzy, bettered only by the US Presidential Elections, it sometimes seems to be the biggest reality show on Earth.

This will be the longest and the most expensive general election in the history of the country, with the Election Commission of India estimating that the election will cost the exchequer ₹3,500 crore (US$577 million), excluding the expenses incurred for security and individual political parties. Parties are expected to spend ₹30,500 crore (US$5 billion) in the election, according to the Centre for Media Studies. This is three times the amount spent in the previous election, and is the world’s second highest after the US$7 billion spent on the 2012 US presidential election.

Now, the majority of this money would be spent on campaigns on several platforms ranging from newspapers, radios, television, party websites and other digital platforms. Although most of the campaigning will be through the print and electronic medium with an added focus on social networks but hoardings and wall graffiti have a charm of their own. While social networks and 24 hour news channels have made great in roads into homes, but they are still mainly limited to urban centres and sub-urban hubs. Majority of the Indian electorate do not have access to the internet and also do not have the access or the time to watch 24 hour news channels. This is where hoardings and graffiti come in. They are colorful, have the name of the candidates, party symbols, witty one-liners and party policies in short.

West Bengal has always been a leading light in such kind of wall graffiti or “dewal likhon”. From sarcastic takes on social issues to direct political attacks. From cartoons ridiculing the opponent to political agenda in form of couplets. Anything and everything can be expected from these pieces of wall art. The 2011 Assembly Elections the last big election in West Bengal was no different. Couplets, cartoons and symbols all found their way on walls across the state, of which some have been put on display in this blog.

But hoardings, graffiti, party manifestos, political leanings and everything put aside. We as responsible citizens should participate in this democratic process and excise our Universal Adult Franchise.

Guest Post Written by: Arkadyuti Palit
Freelance writer and journalist.
With deep interests in Bollywood, Politics, Sports & everything else.
Bookworm with a love for words & English. Loves to cook & explore 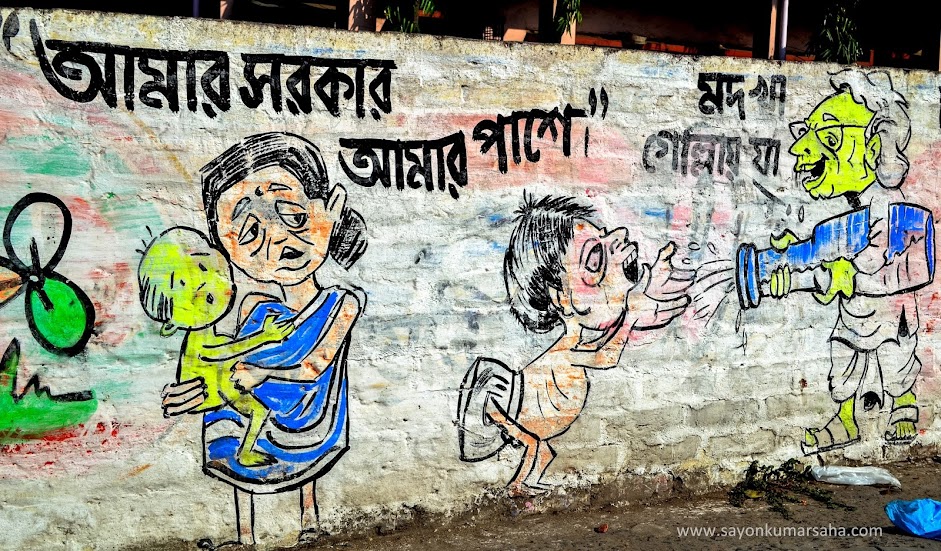 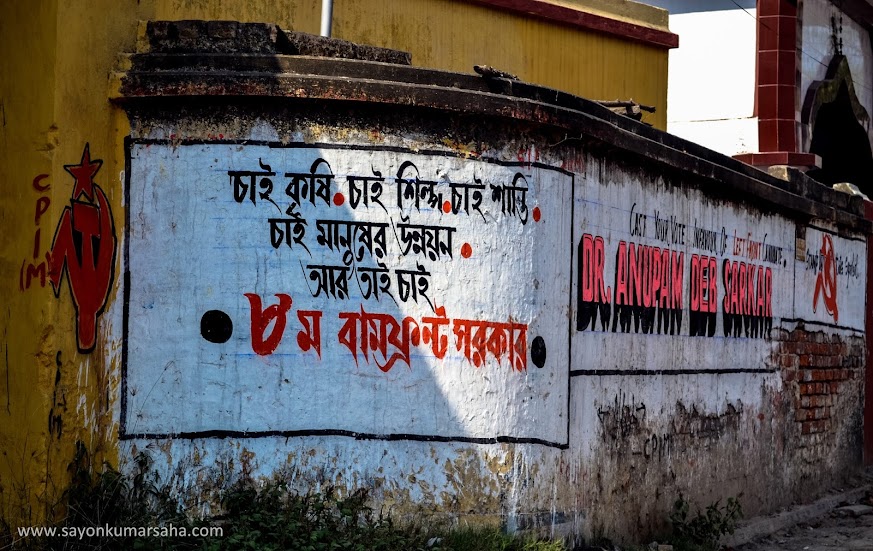 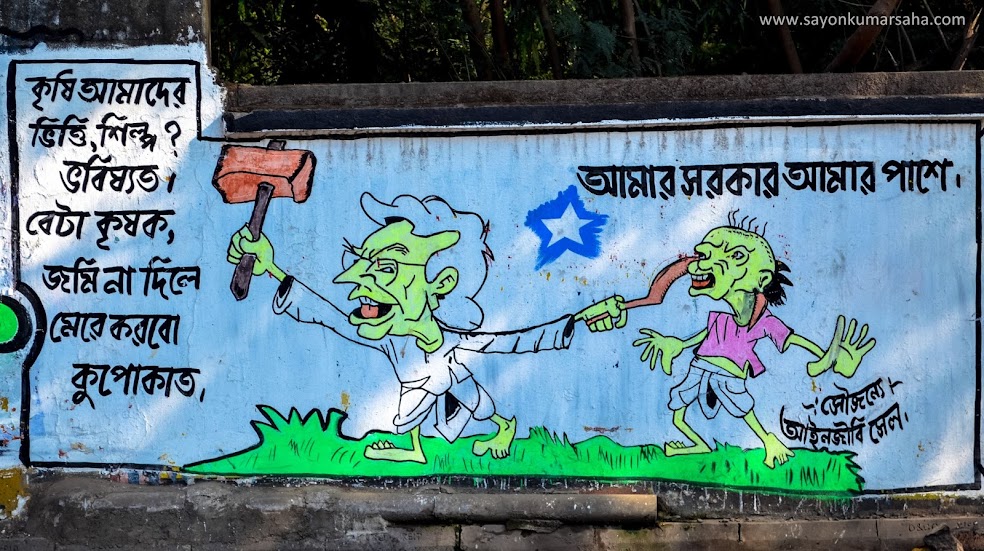 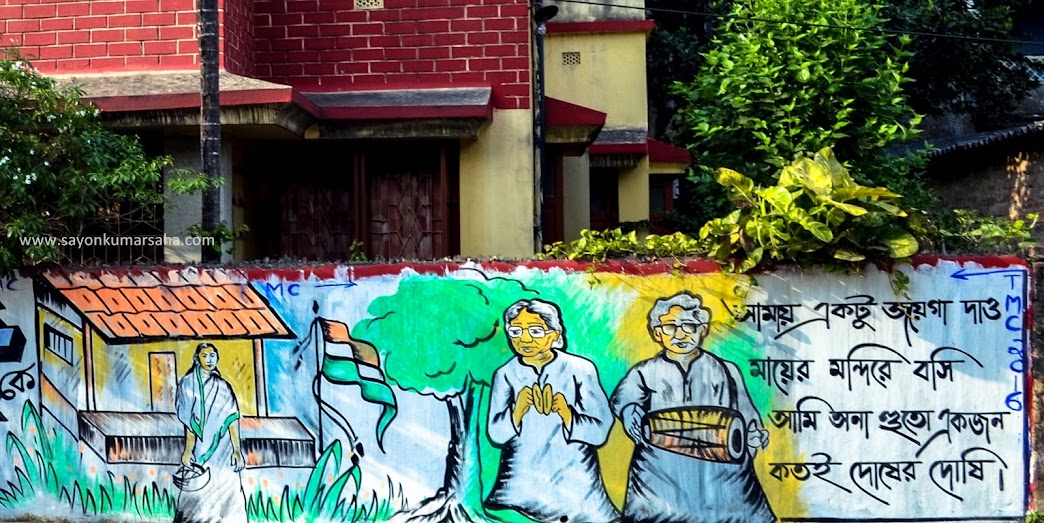 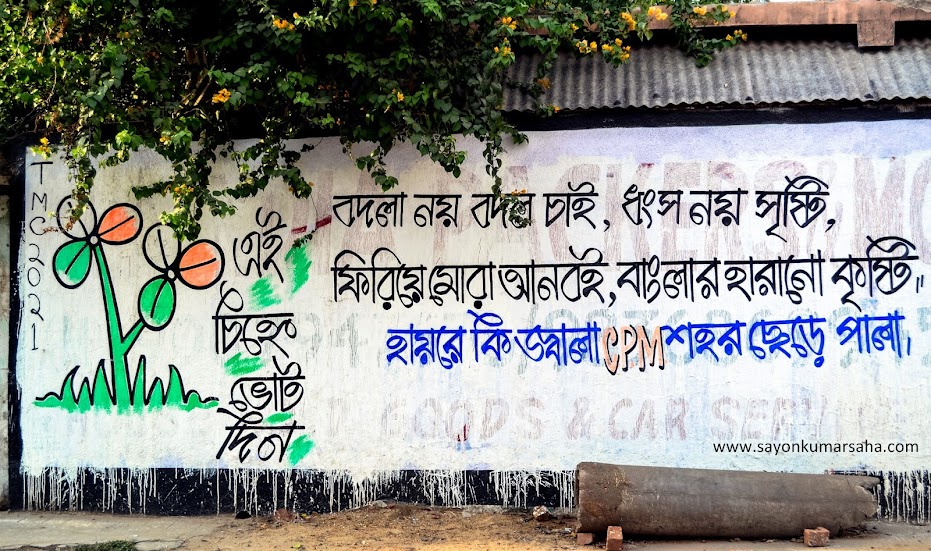 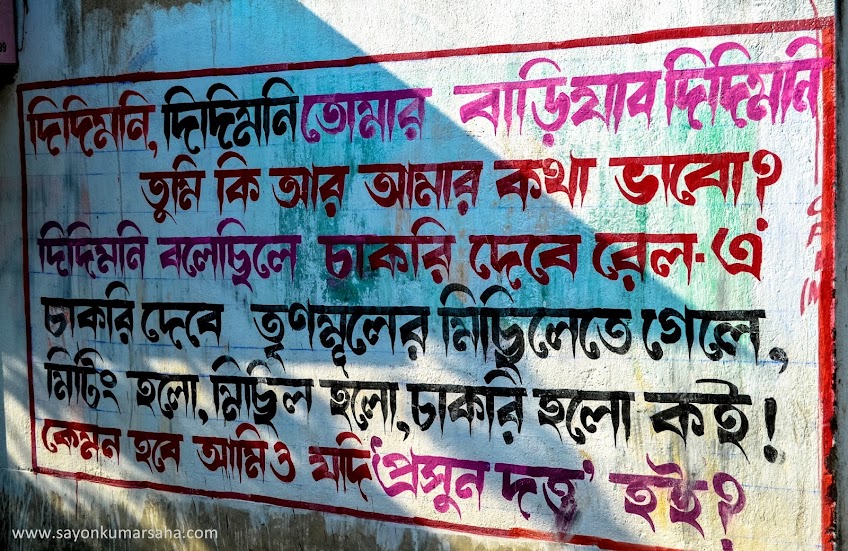 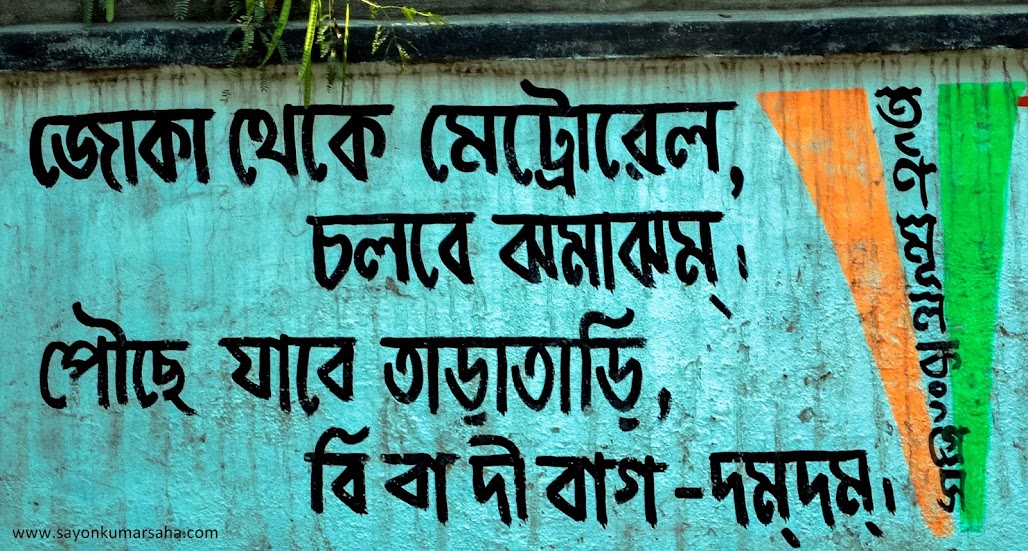 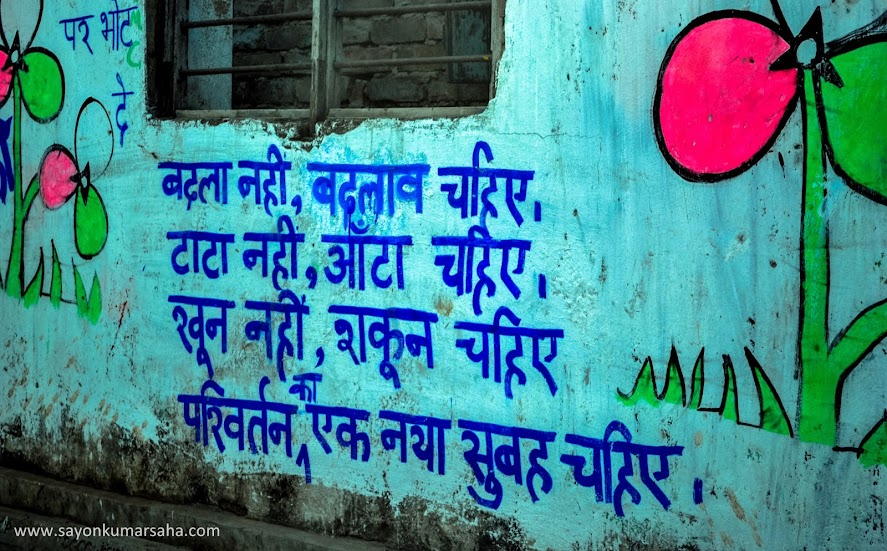 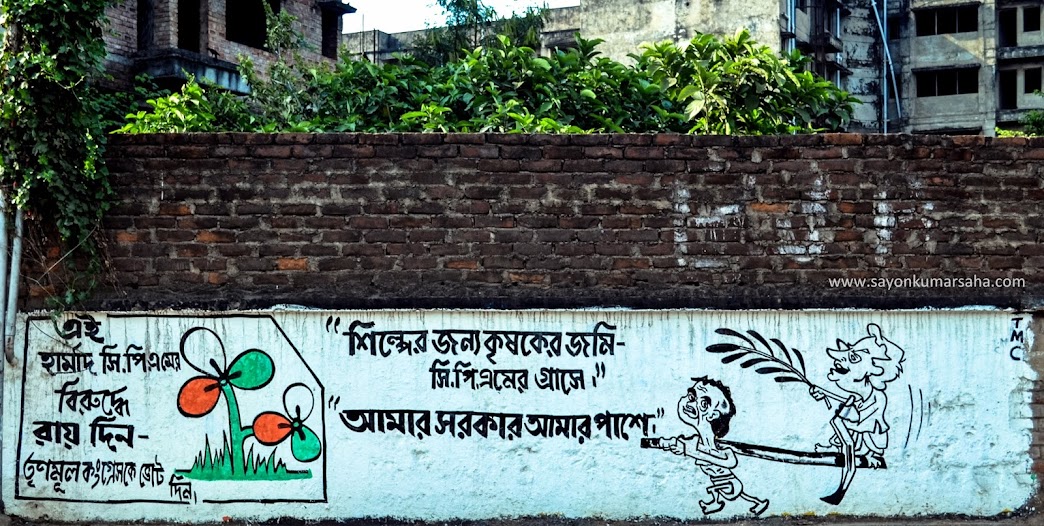 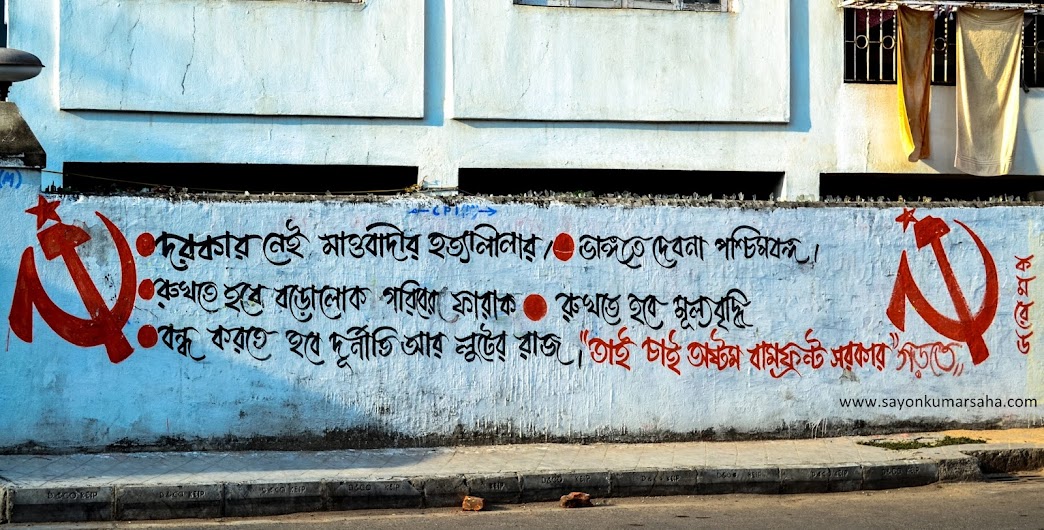 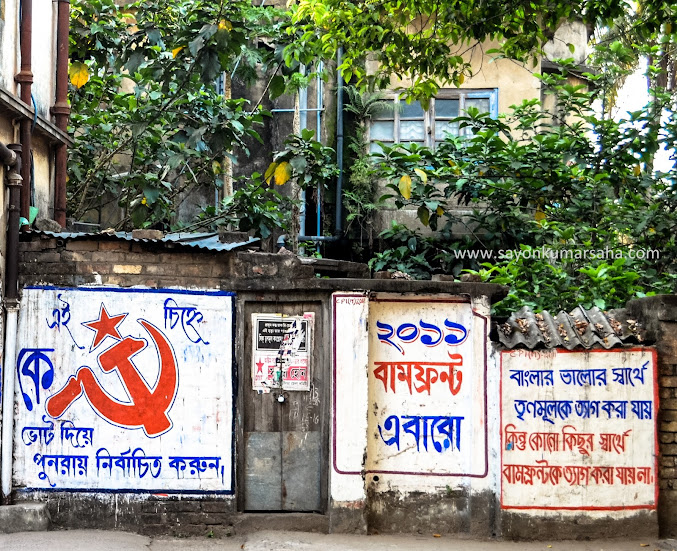 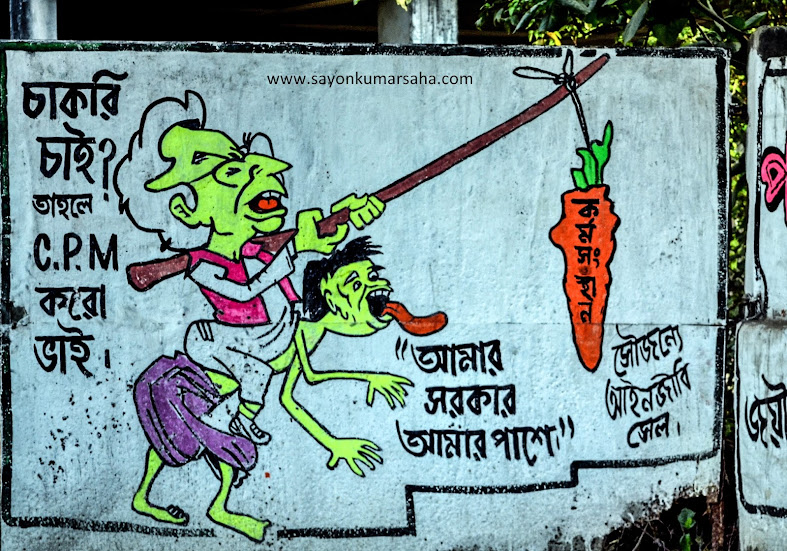 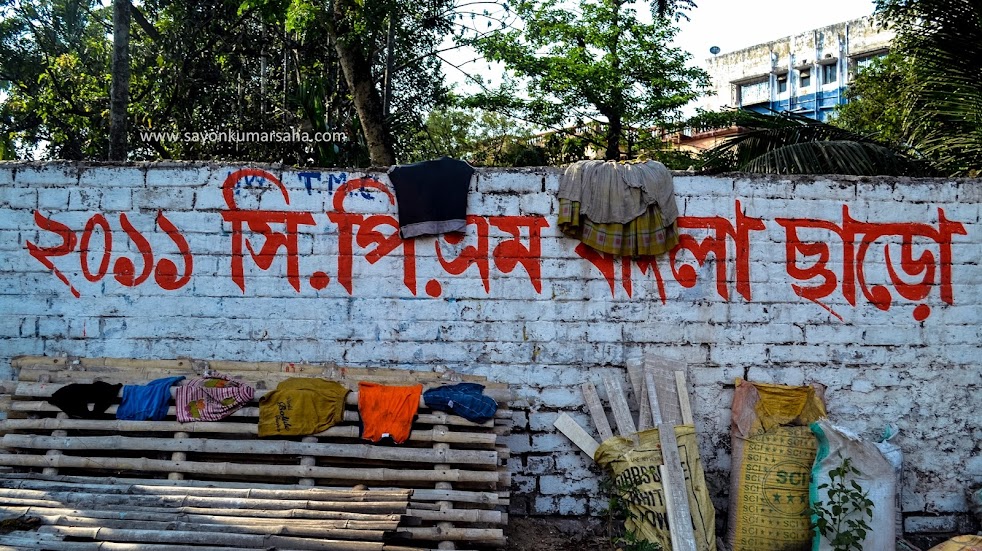 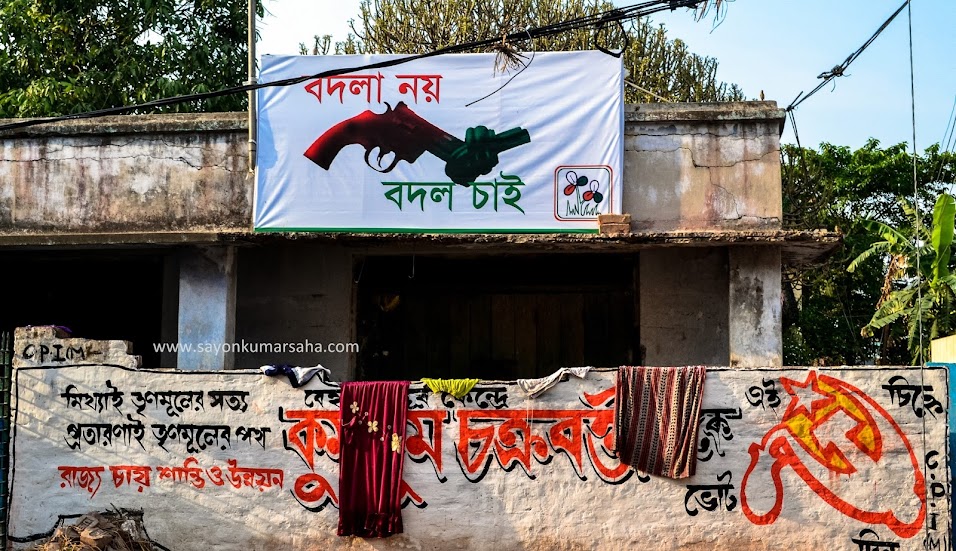