Finnish Alt Rockers Poets of the Fall went live in Kolkata, for the first time ever during their album launch tour for their fifth studio album Temple of Thought. The meet-and-greet opportunity followed by drinks- and- dinner happened at Tantra, The Park, 8pm onwards on 27th August, 2012, and the concert was held at Nazrul Mancha on 28th August, 2012.

This event was produced and managed by E365 Media Solutions, and was surely Kolkata’s biggest international concert till date! 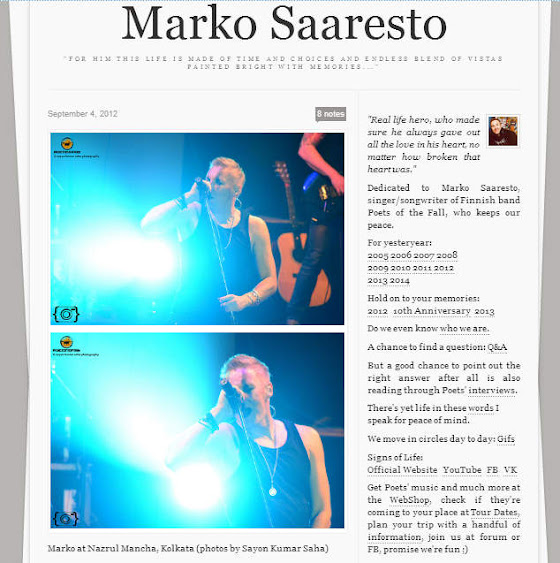