Cheers to the city with fairytale streets and beer cheaper than water! Prague.. or Praha! Czech Republic! A weekend spent well in April 2016. 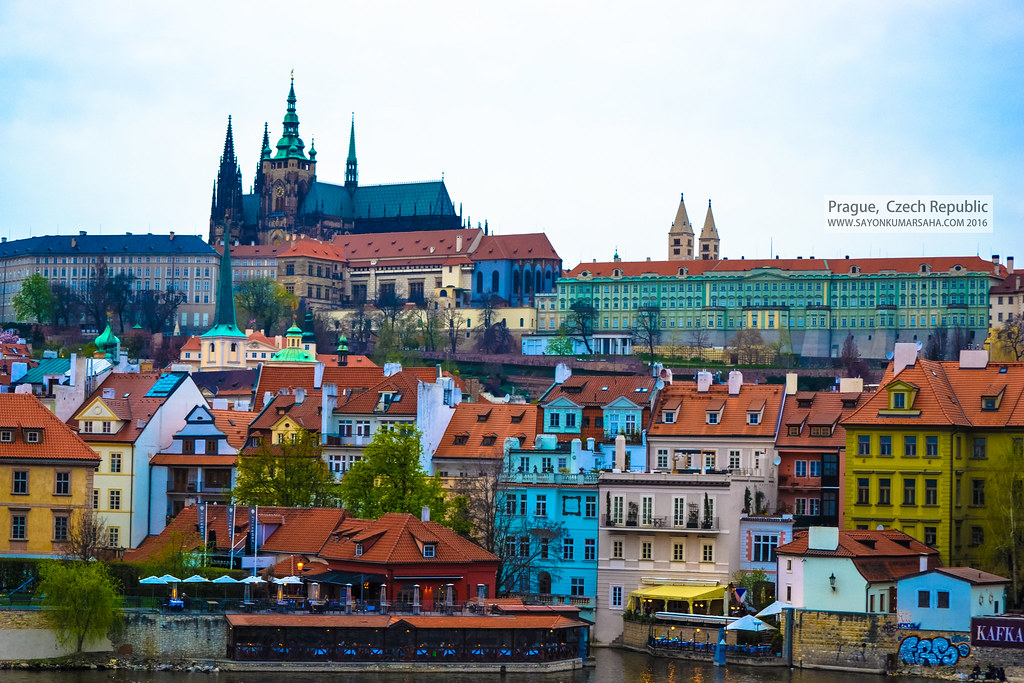 The bohemian architecture and fairytale features of Prague are extraordinary and unique. 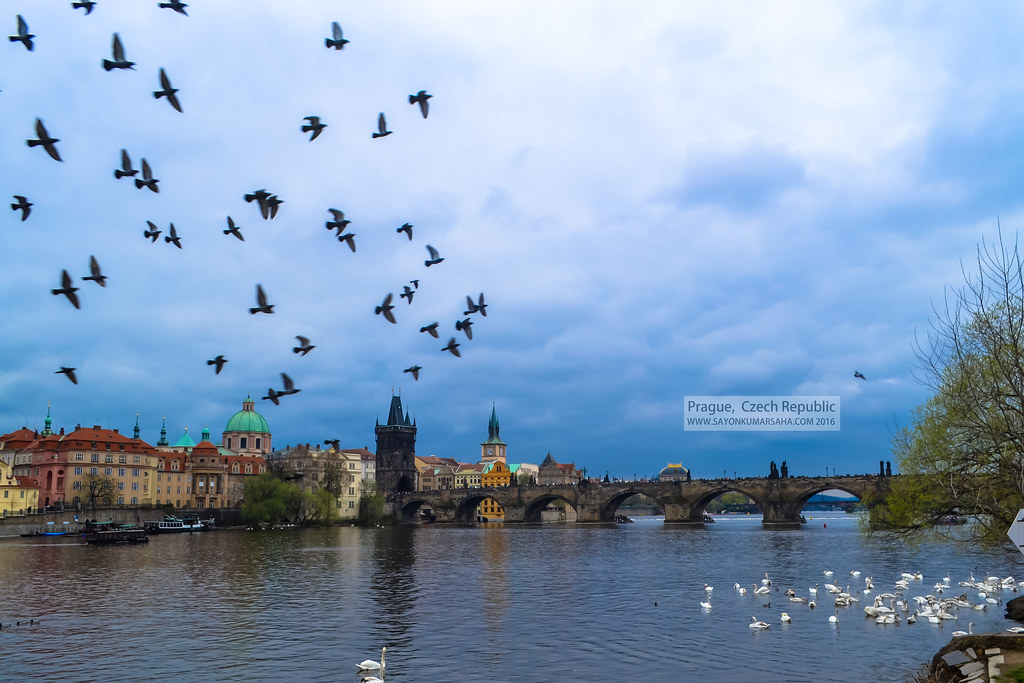 By the banks of Vltava river, Prague is the historical capital of Bohemia. And a walk by the famous Charles’ Bridge is breathtaking indeed. 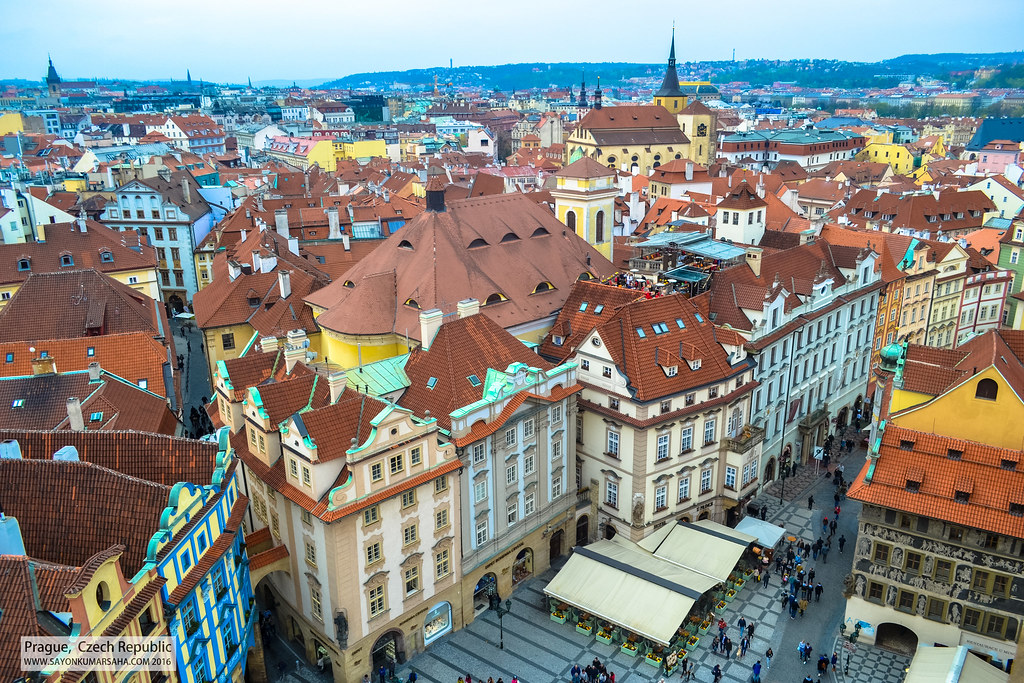 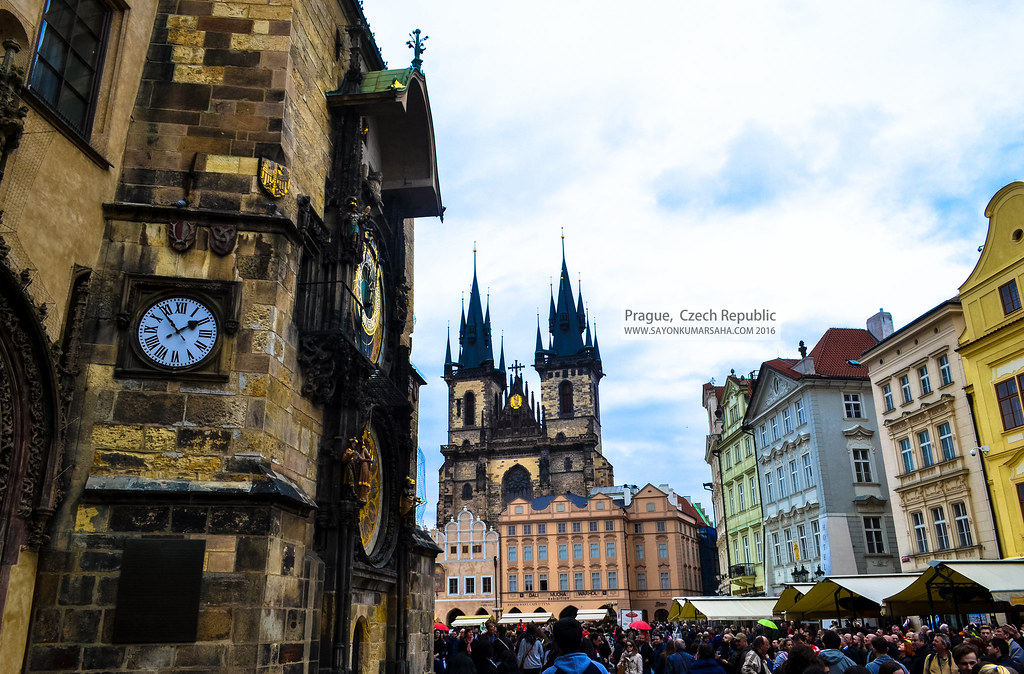 The architectural styles includes Gothic Church of Our Lady before Týn, and the Baroque style of St. Nicholas Church! 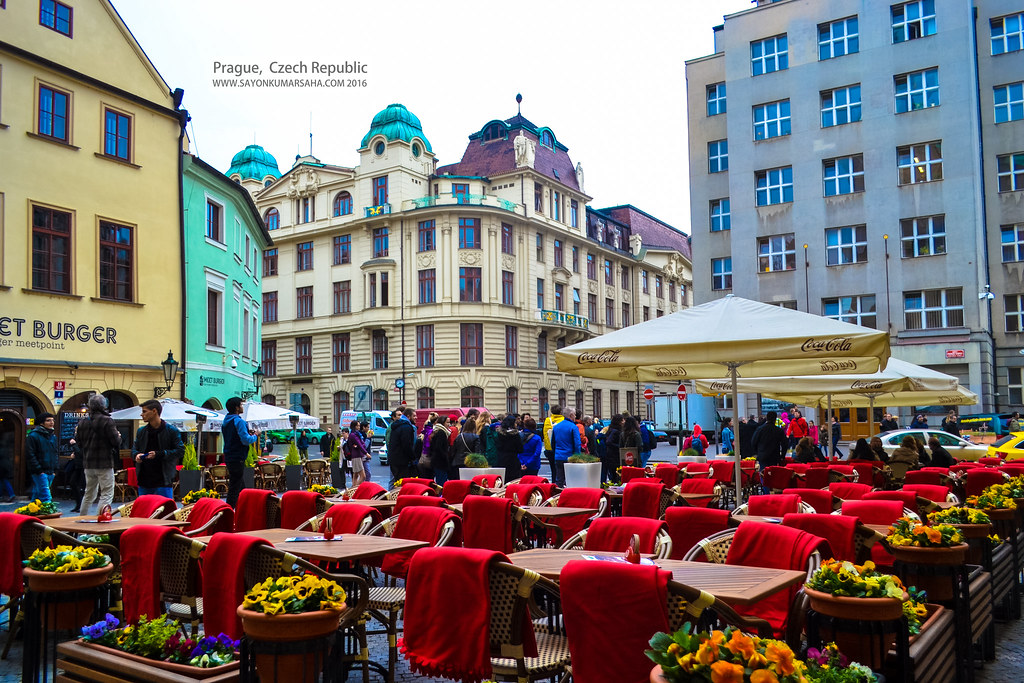 Breakfast by the old streets can be fascinating in Prague. 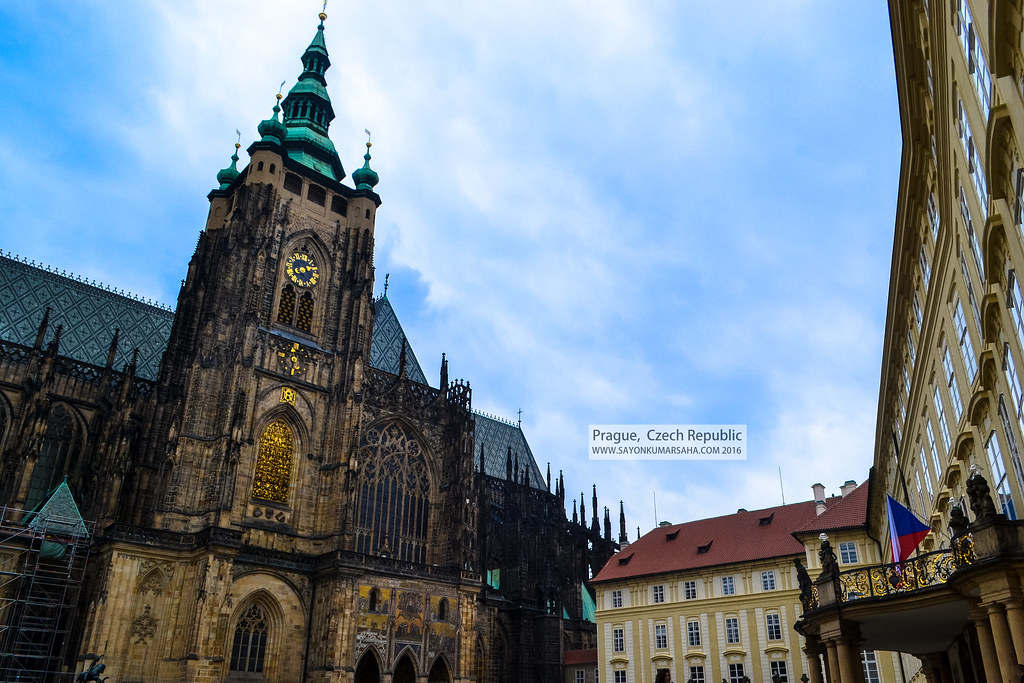 According to the Guinness Book of Records, Prague Castle is the largest ancient castle in the world. 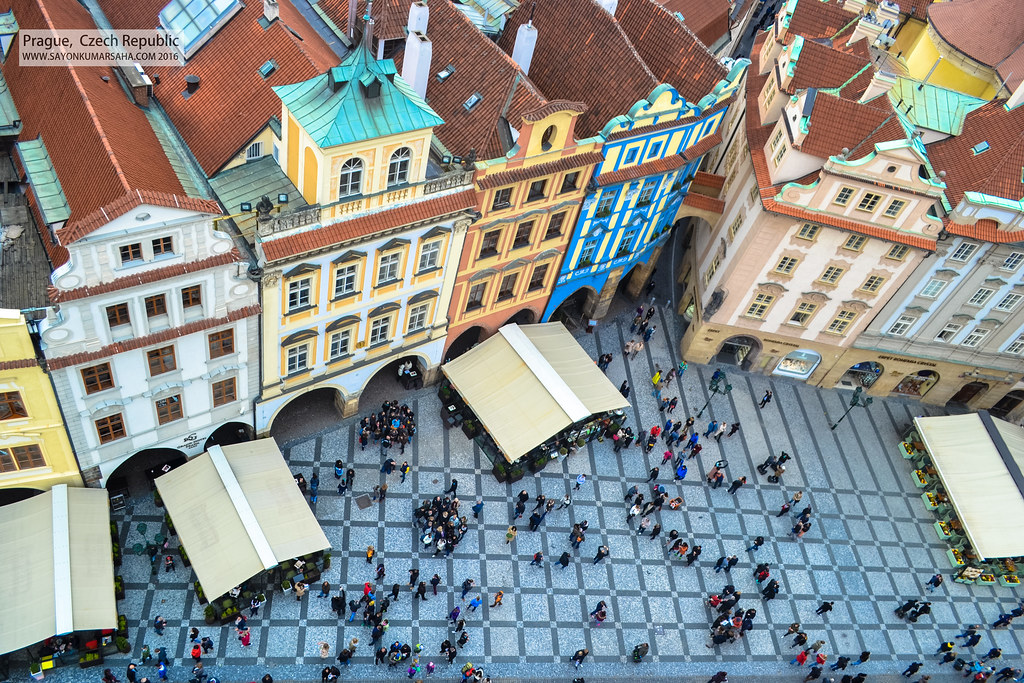 You would always find the Old Town Square of Prague crowded.. but nevertheless, mesmerizing!

The Prague astronomical is the the third-oldest astronomical clock in the world which was installed in 1410. What is surprising is, it still functions.. making it the oldest one still operating. 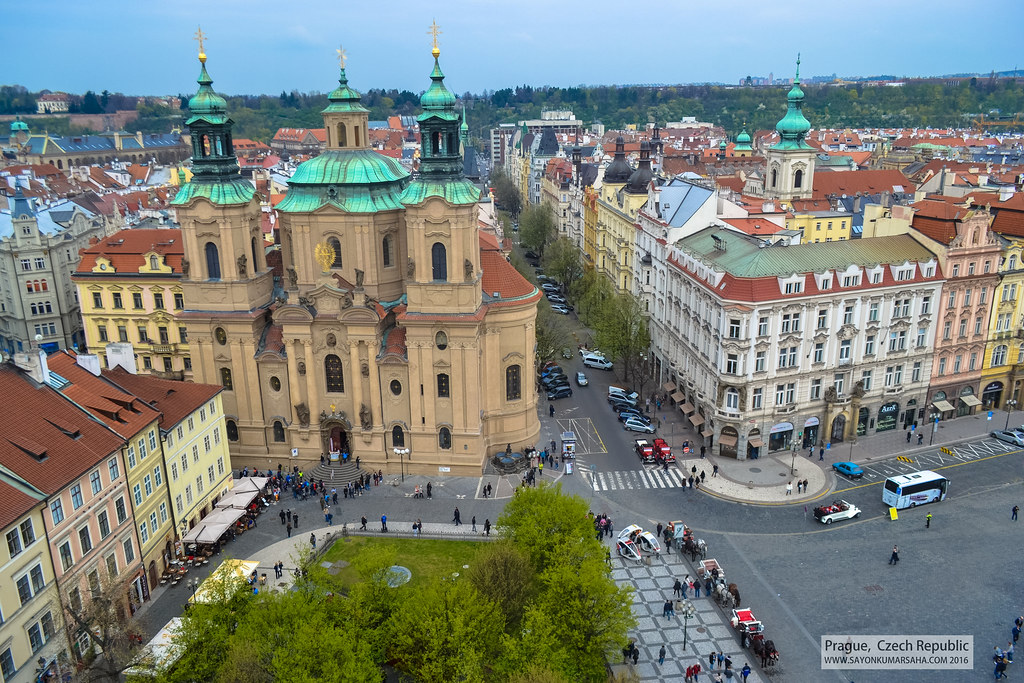 I didn’t manage to take a perfect photograph of the Charles’ Bridge due to the crowd, but cheers to my friend Arun, who justified the elegance and aura of Charles’ Bridge. Brilliant artist! Lovely piece of art! 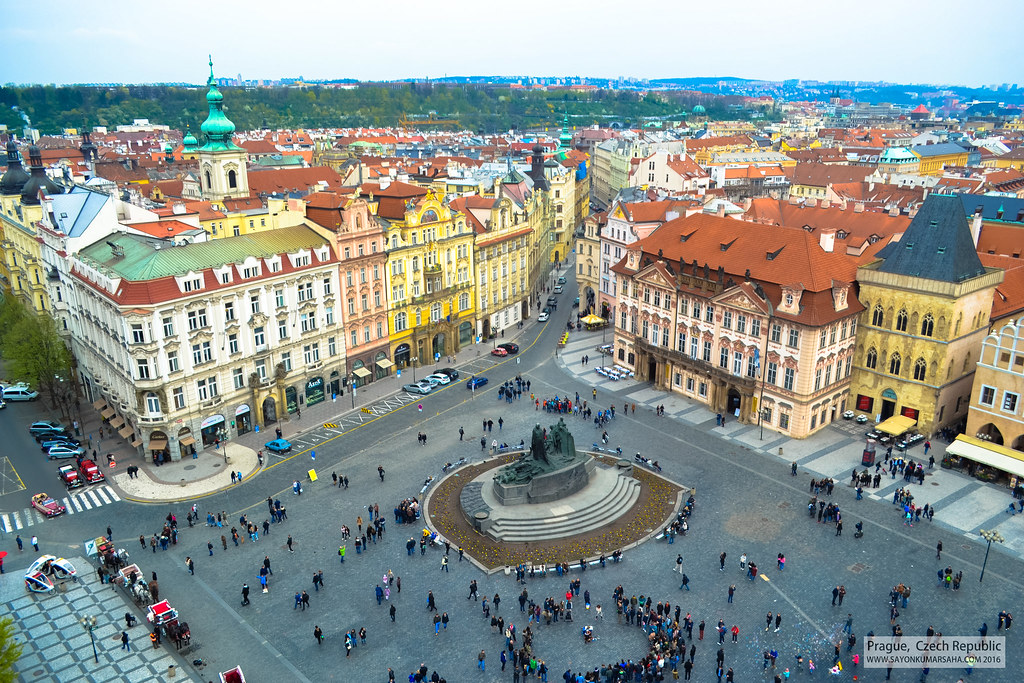 The call it: The Gothic Powder Tower. 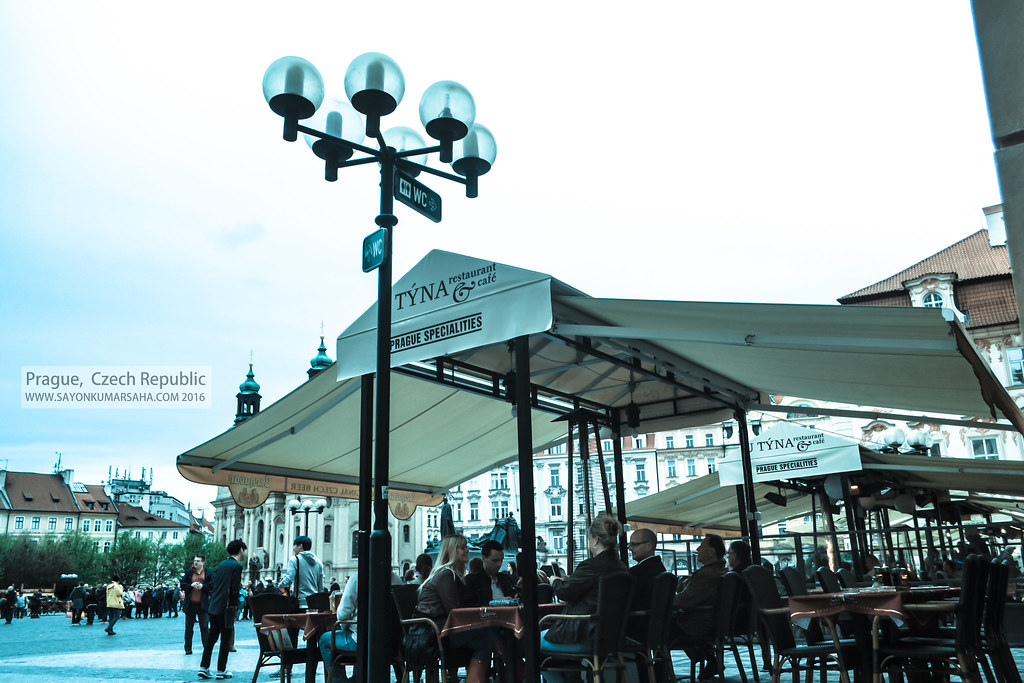 Beer is sold in Prague, cheaper than water. Leaving behind Germany, Czech is by far the largest consumer of Beer! 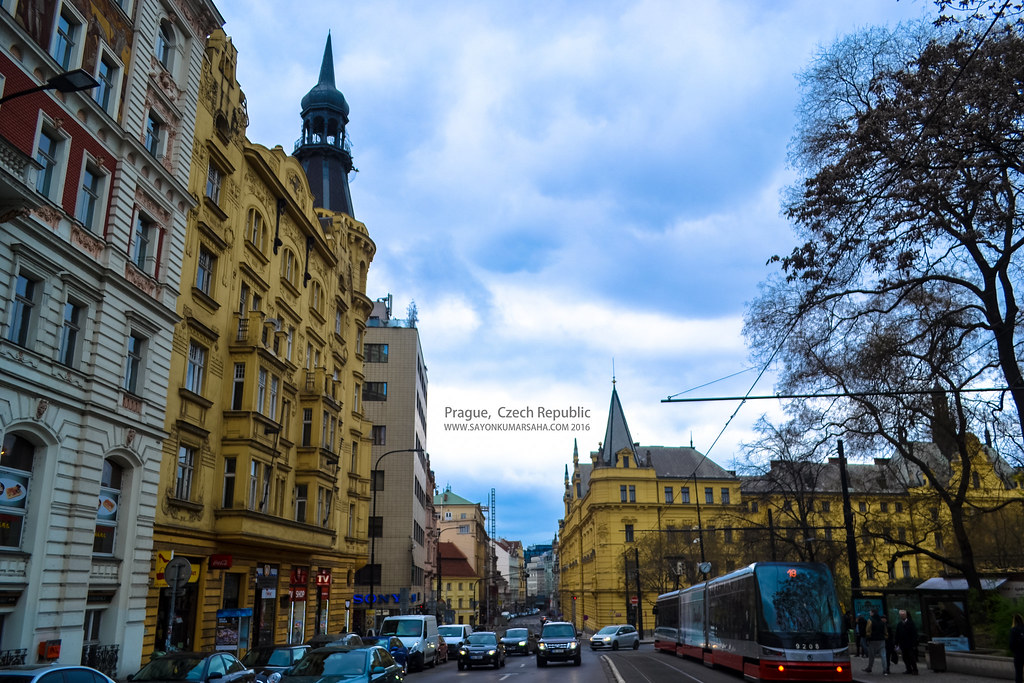 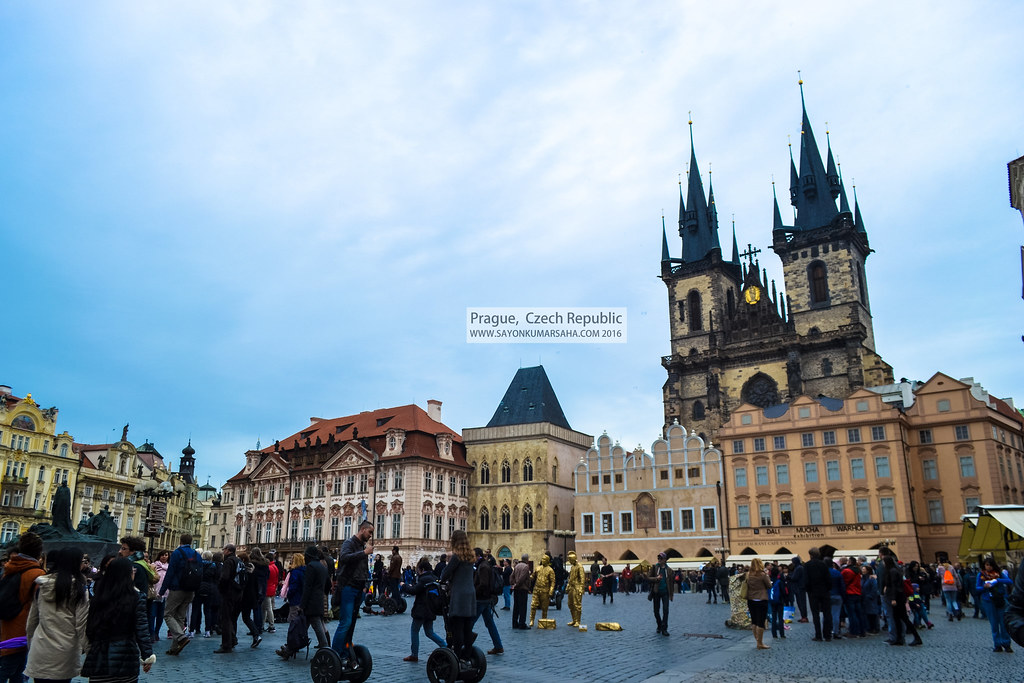 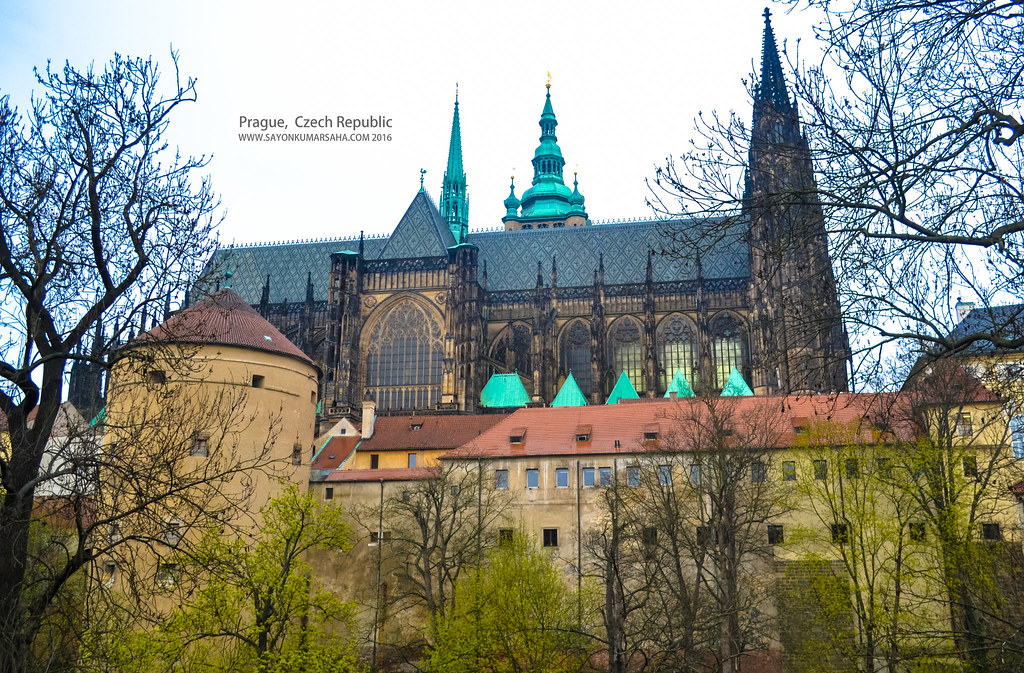 The Prague castle dates back to the 9th century, and is the official residence of the President of the Czech Republic. 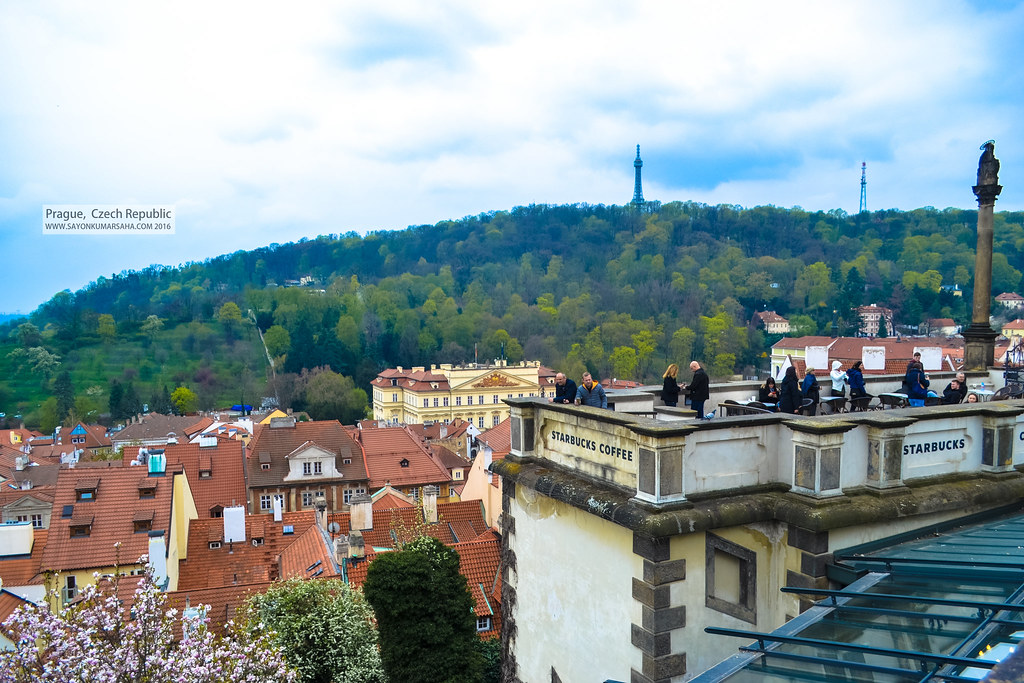 Yes, you could actually enjoy Strabucks coffee while looking at the beautiful Prague horizon. 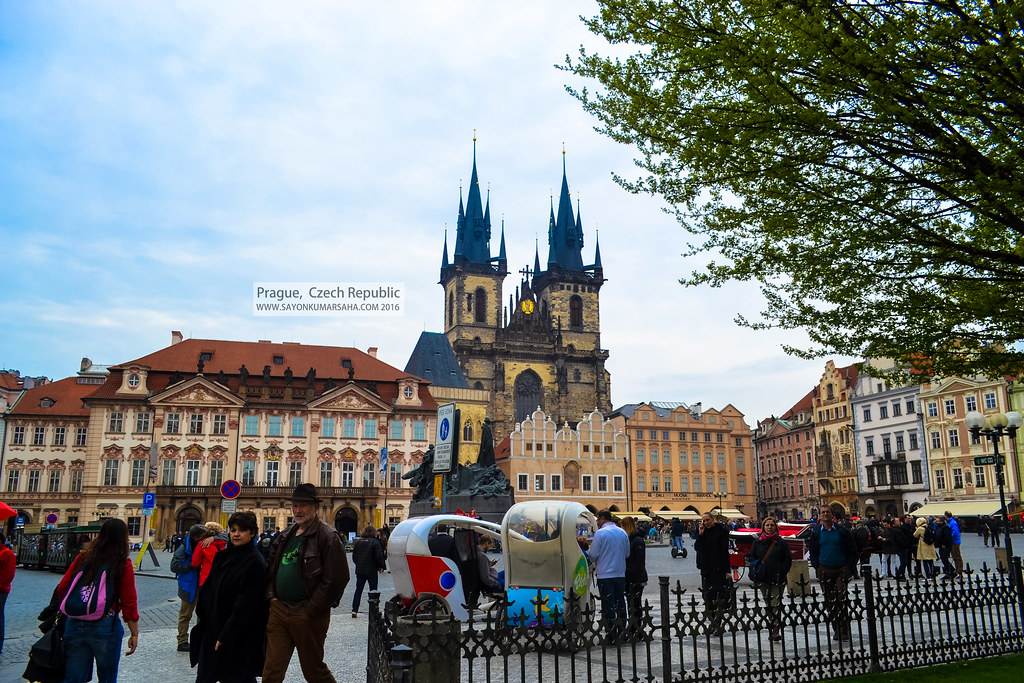 During Christmas and Easter, markets held on the Old Town square pretty much resembles medieval markets. 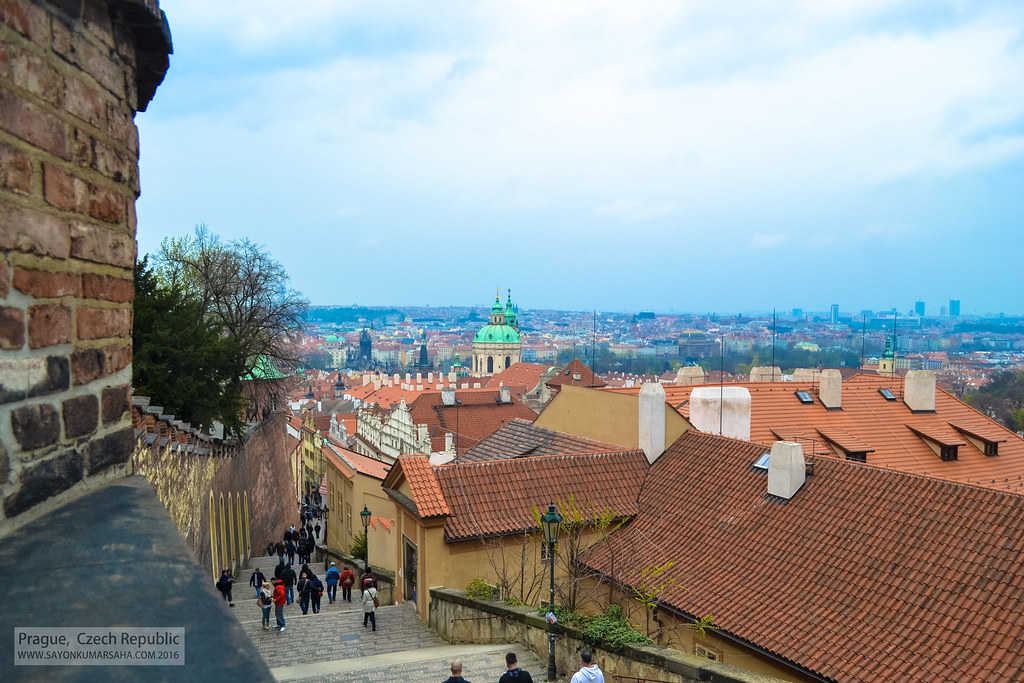 Yes, we missed the sunset here. 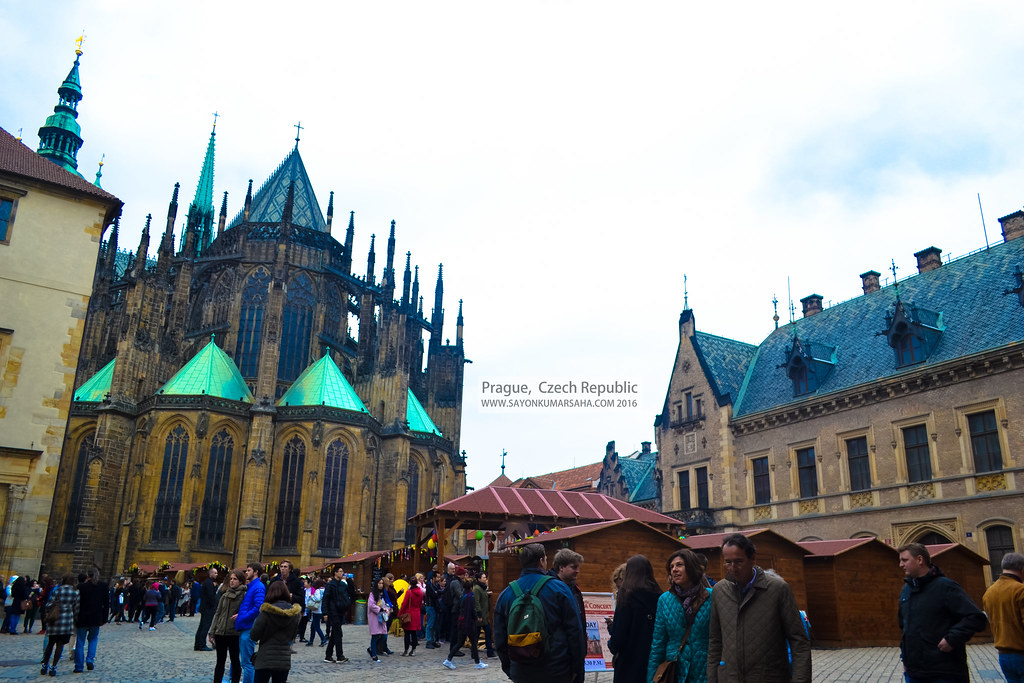 It is interesting how the castle buildings represent virtually every architectural style of the last millennium. 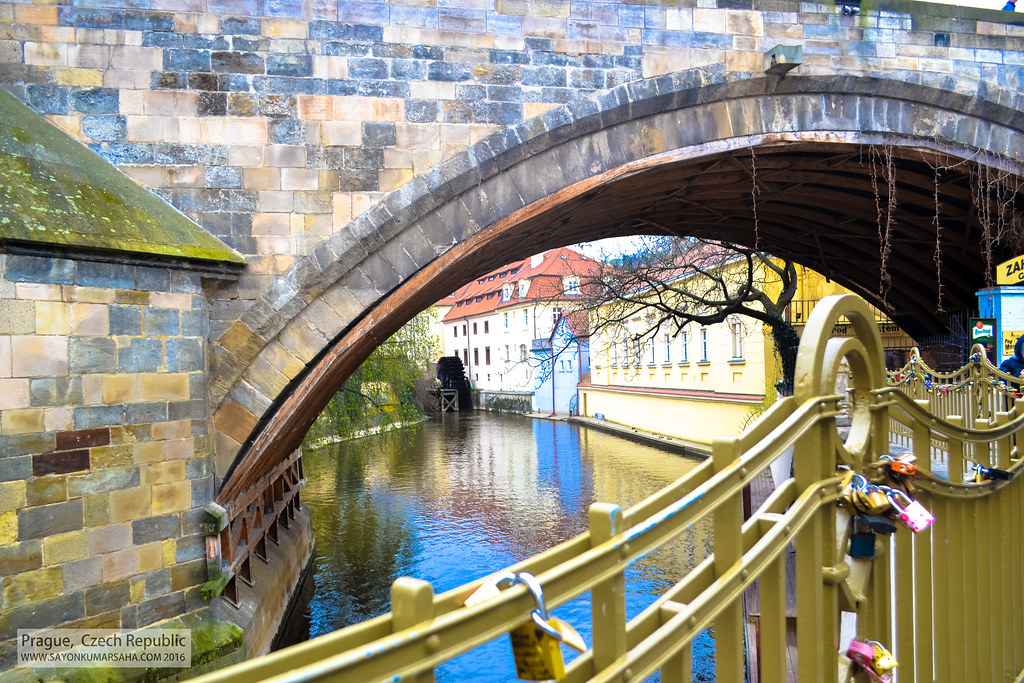 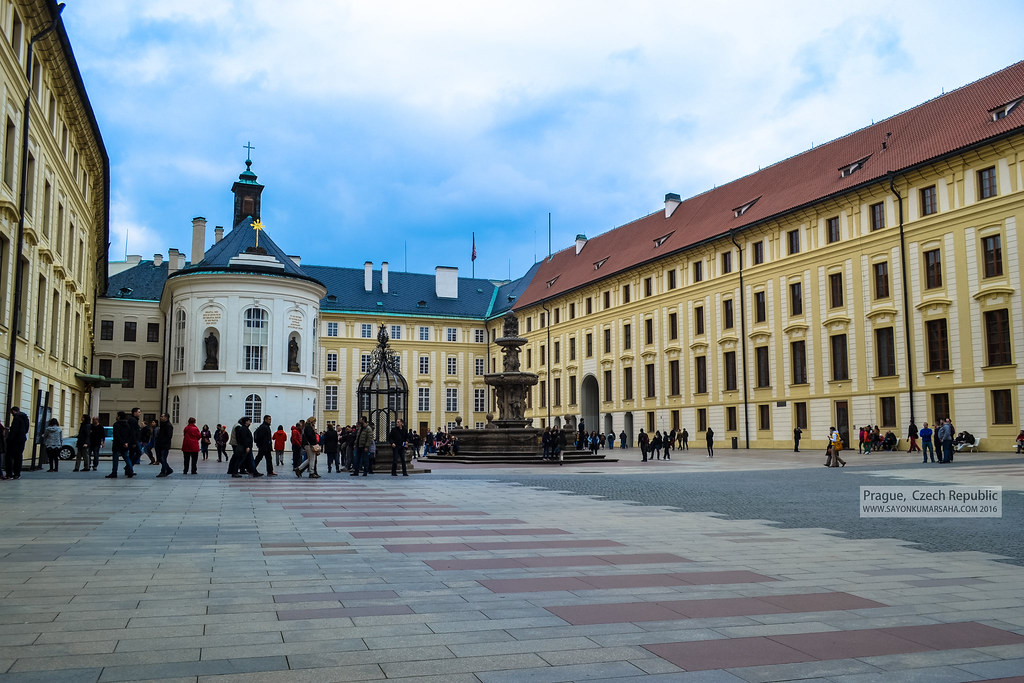 It is this very castle where the Bohemian Crown Jewels are kept within a hidden room inside it. 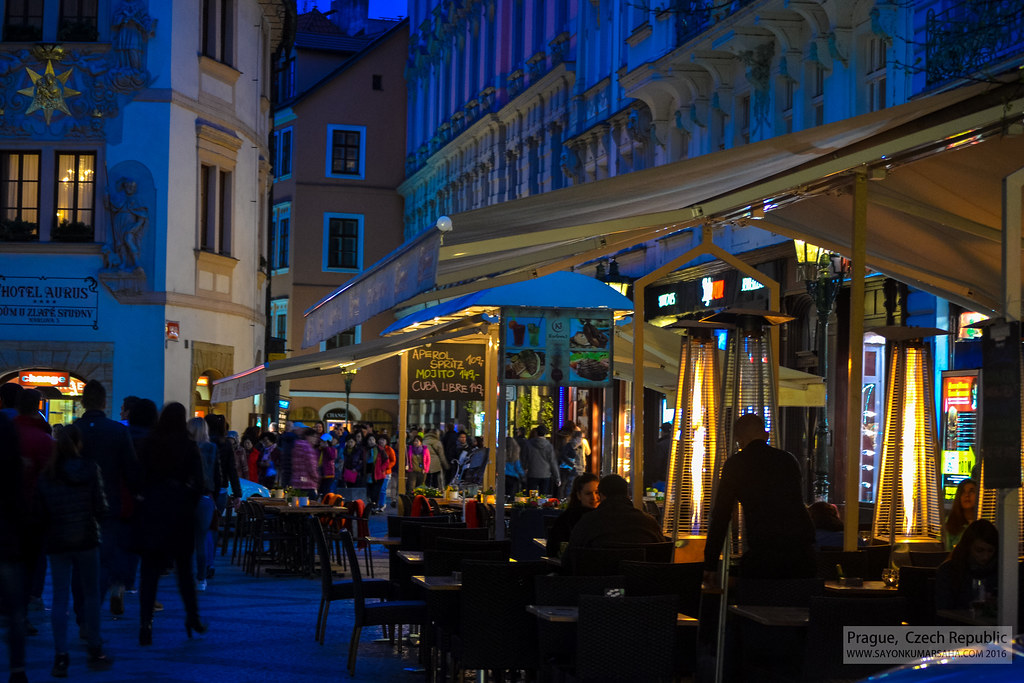 The Prague night life is pretty famous too. The Prague Pub Crawl is a major night-life attraction that takes you to the largest night club of Europe after you’re wasted enough in 3-4 pubs already! Prague’s best bars are found in cellars, where historic pubs set the scene for a night of traditional tippling. 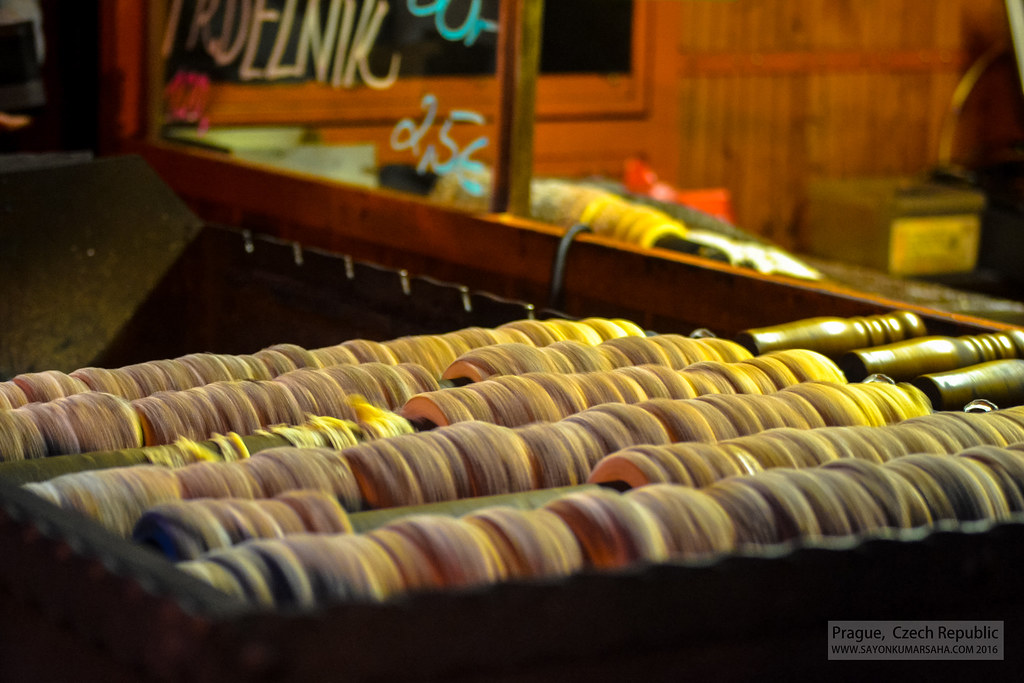 Prague is famous for it’s Trdelník- the traditional cake and sweet pastry. It’s basically a rolled dough wrapped around a stick, then grilled and topped with sugar and walnut mix. Don’t miss out on it if you’re visiting Prague! 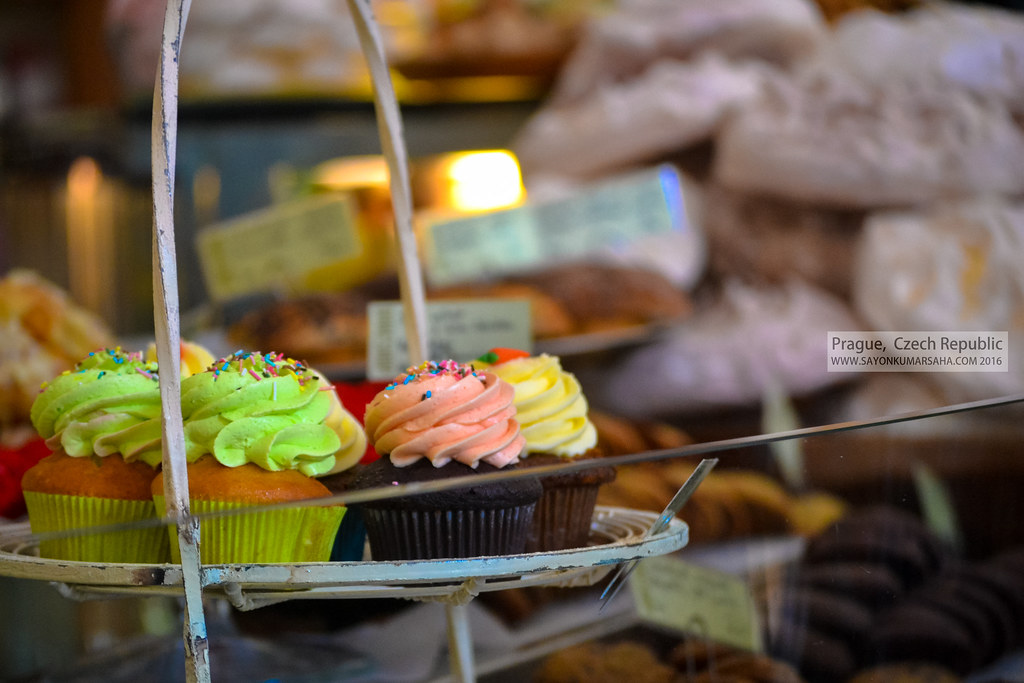 Apart from the sweet tooth, we made it a point to also try out the traditional Bohemian meal. The Czech Roasted Duck was worth it! 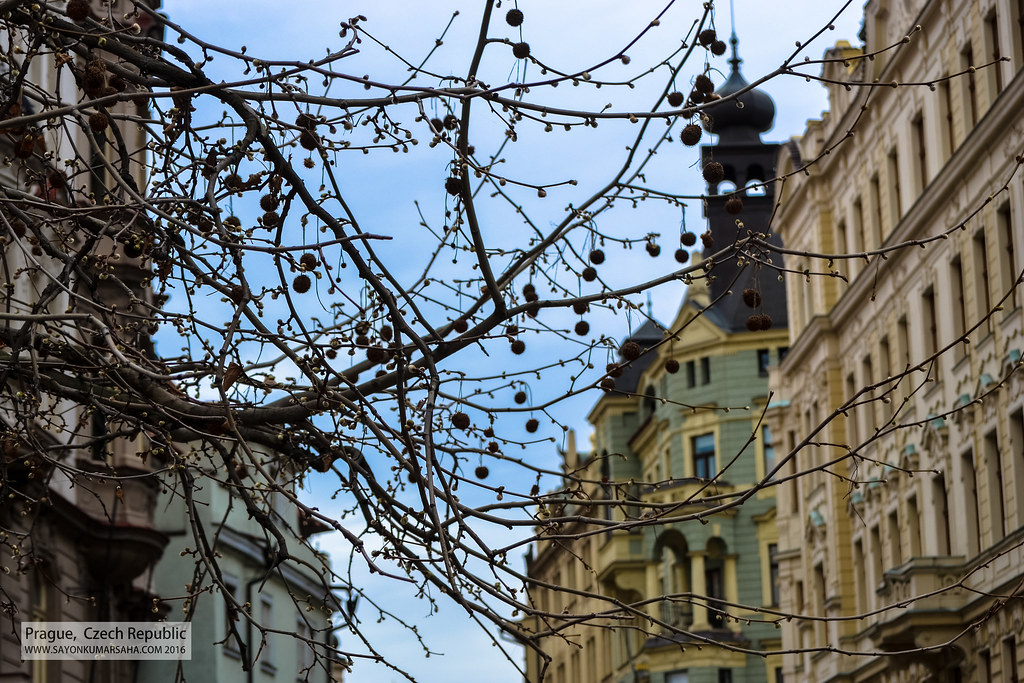 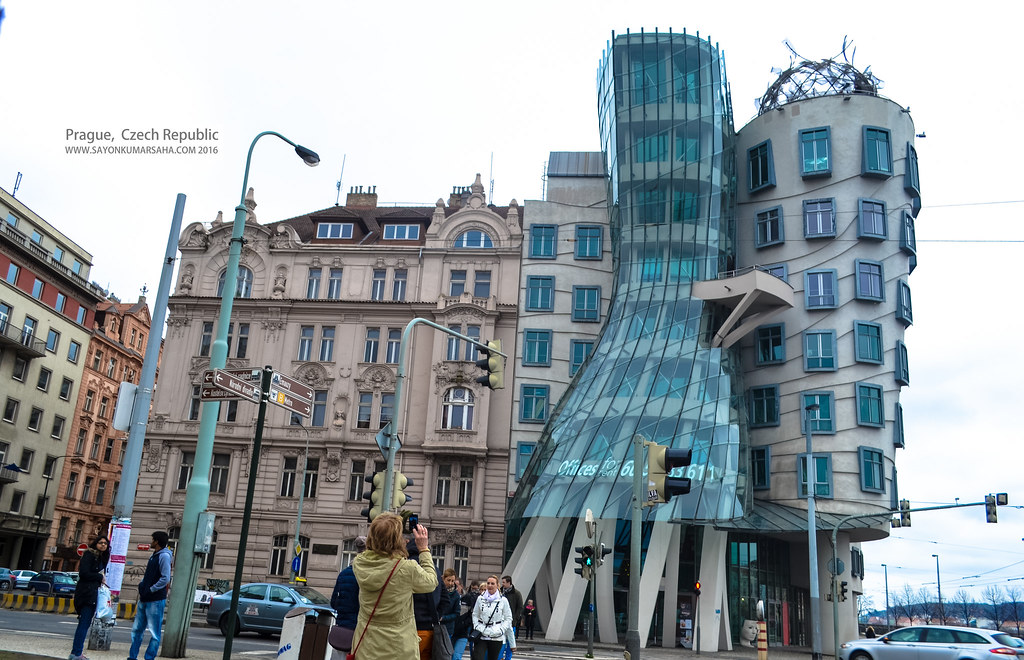 The Dancing Building of Prague- I found it overrated.. Unless you take a really artistic photograph, or maybe look at the sunset reflections on the glass panes, the building really looks as weird as it looks in the photograph above. 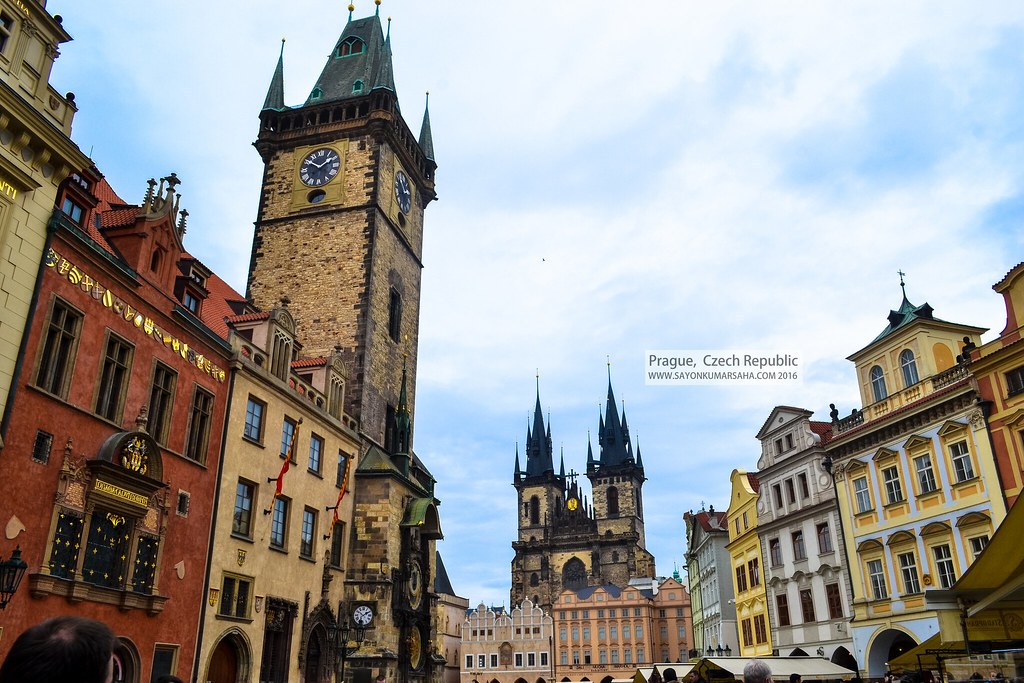 The Charles’ Bridge has almost 30 baroque statues and statuaries situated on the balustrade. It forms an unique connection of artistic styles with the underlying gothic bridge 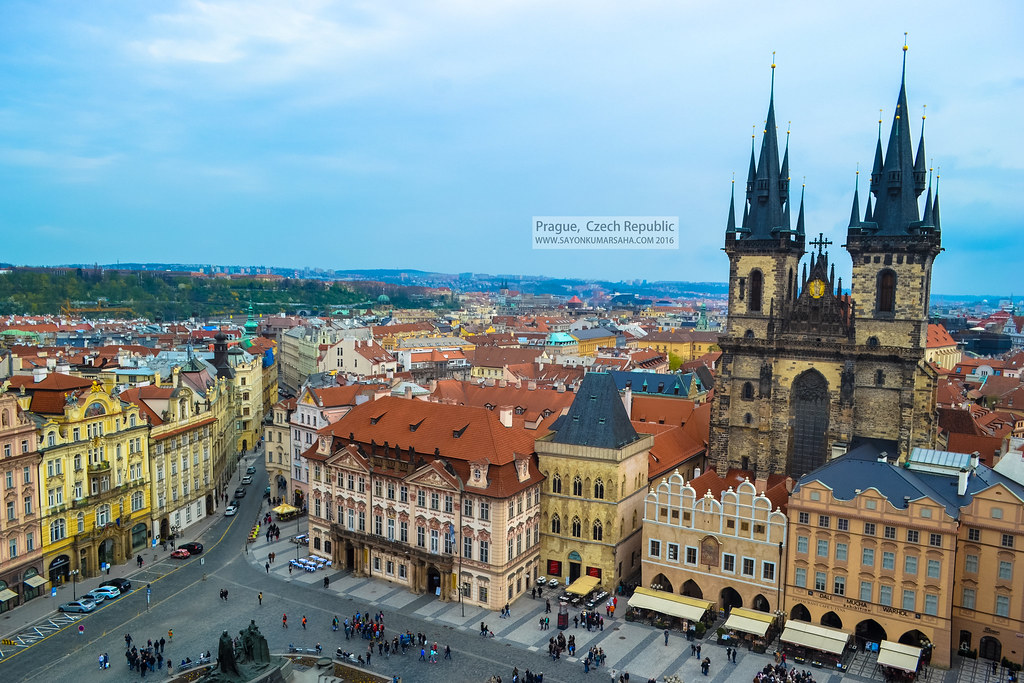 Prague is beautiful. It isn’t overrated for sure by travelers and tourists. The Bohemian city with fairy tale streets!