To wake up not like just-another-day,
on a lounge in the middle of a river,
amidst a vast delta.

From dark to dawn,
with the hue of sunshine,
an image less real,
more adrift, lost in the reverie. 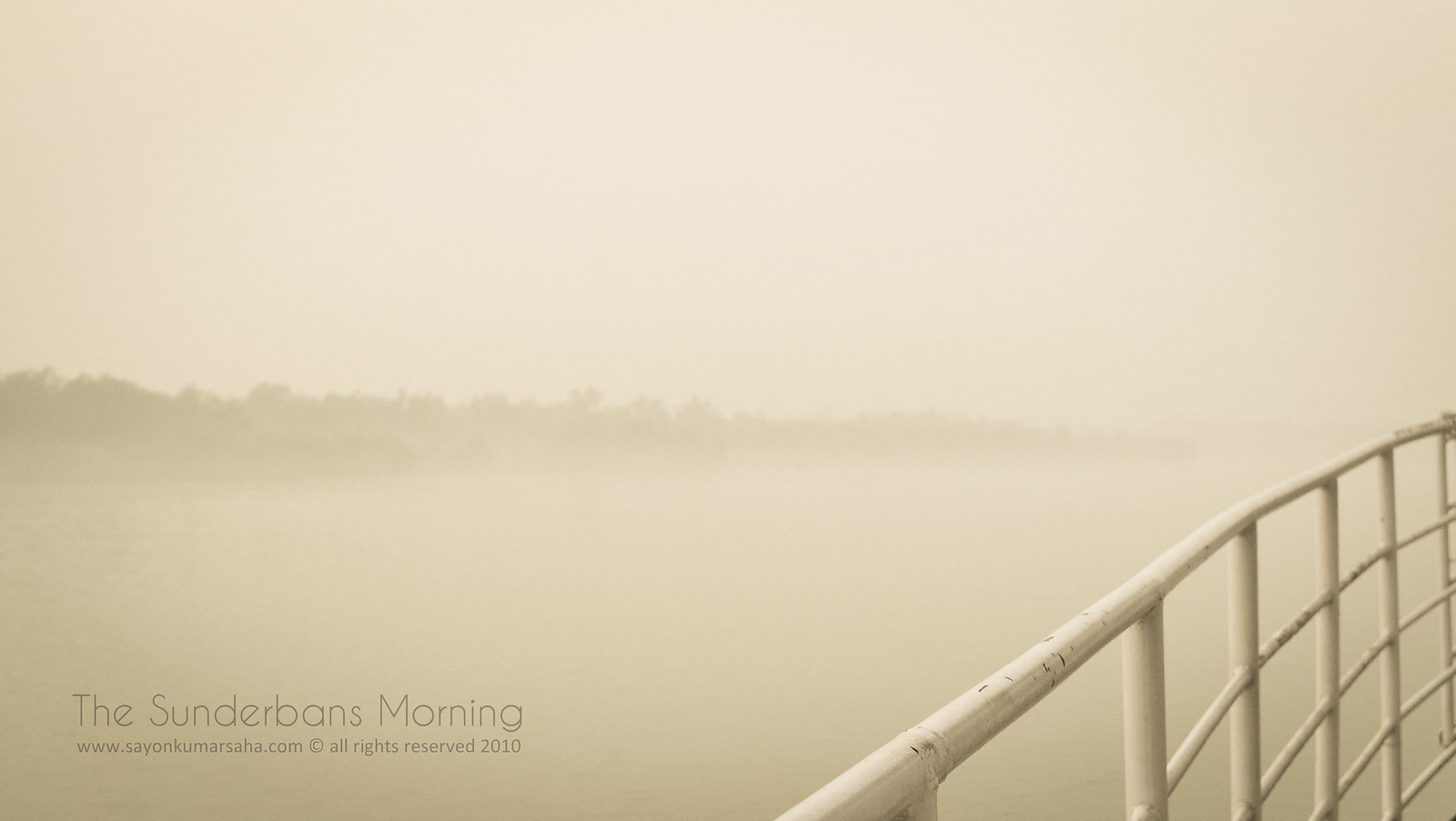 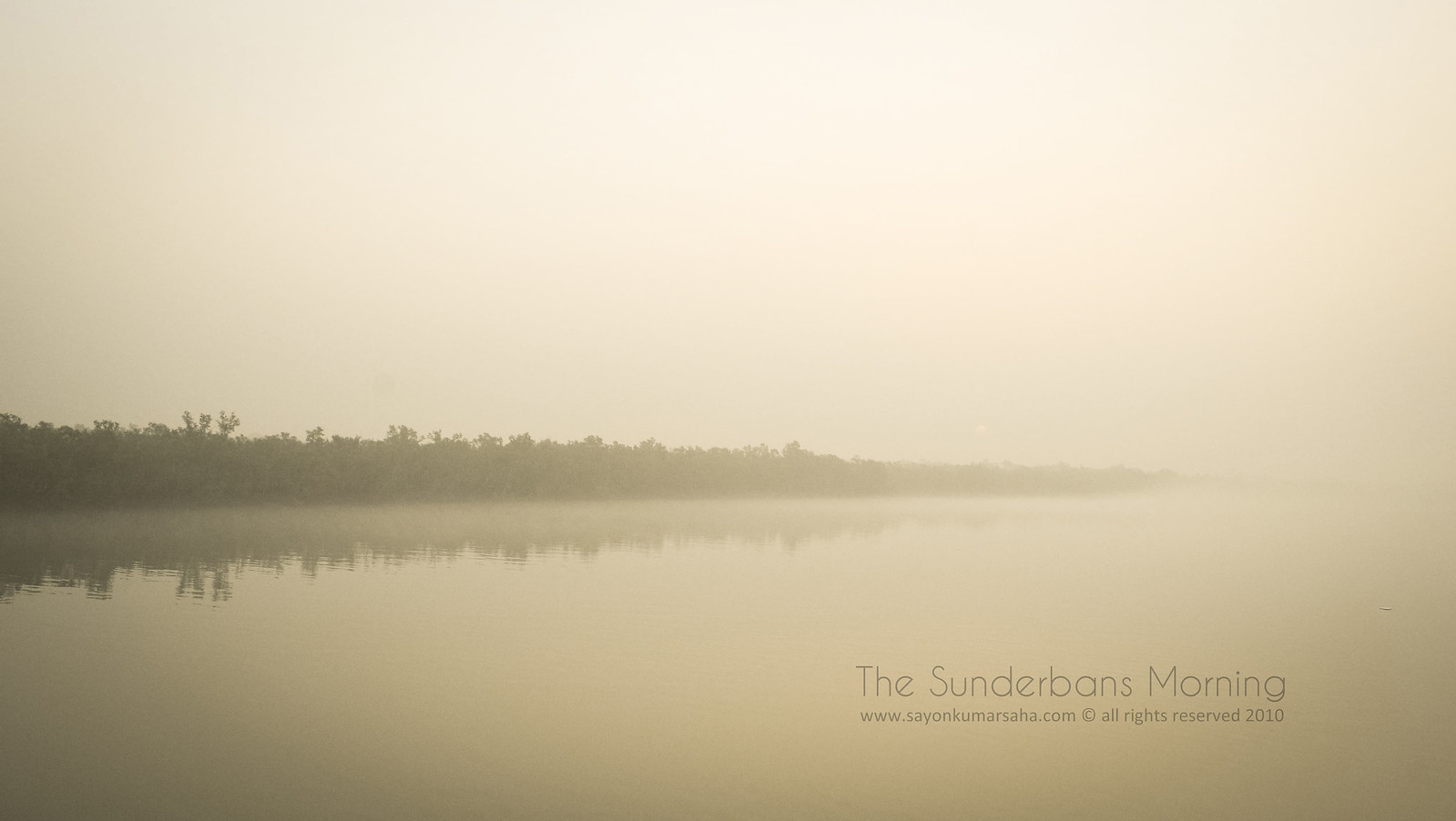 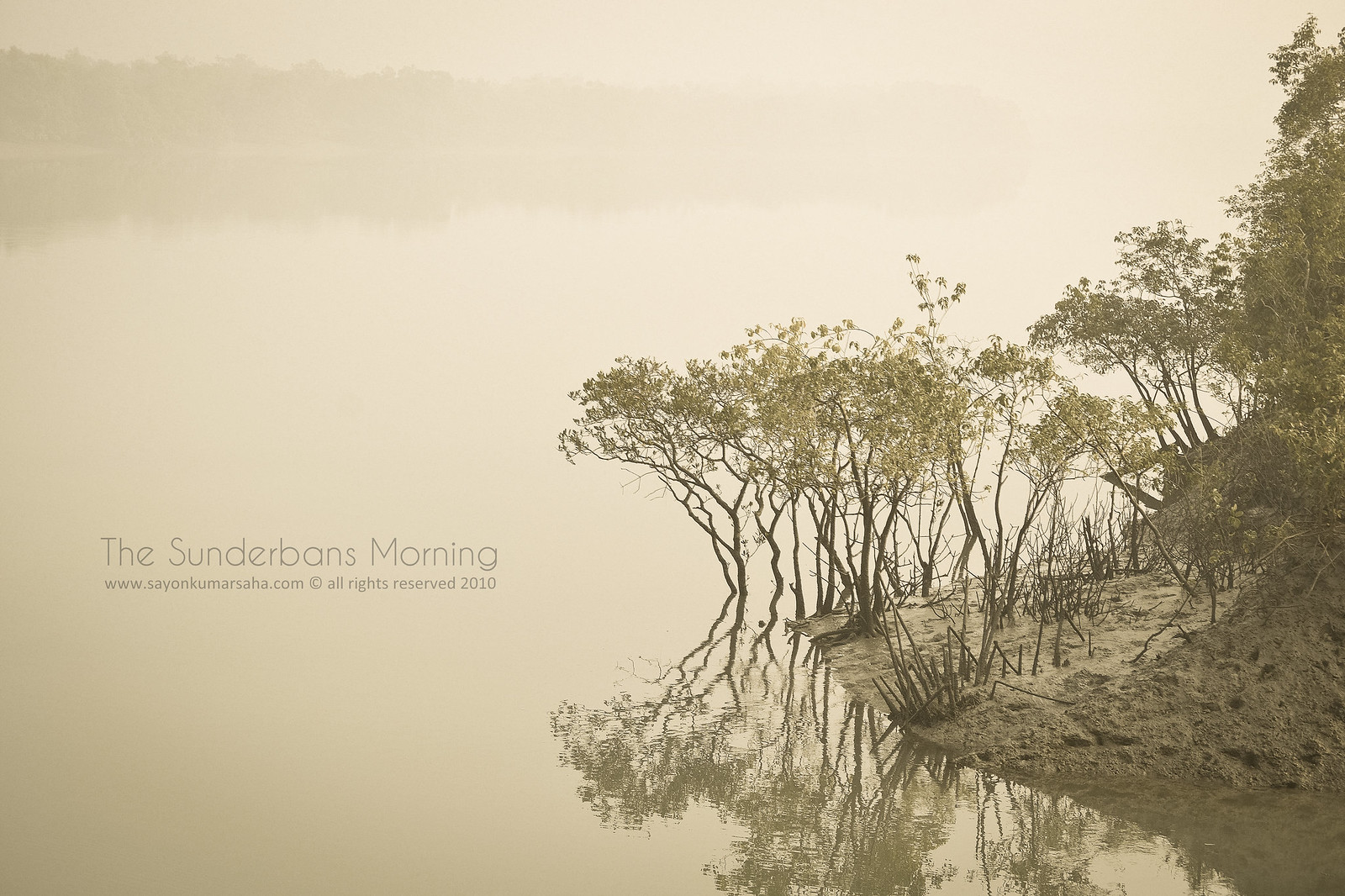 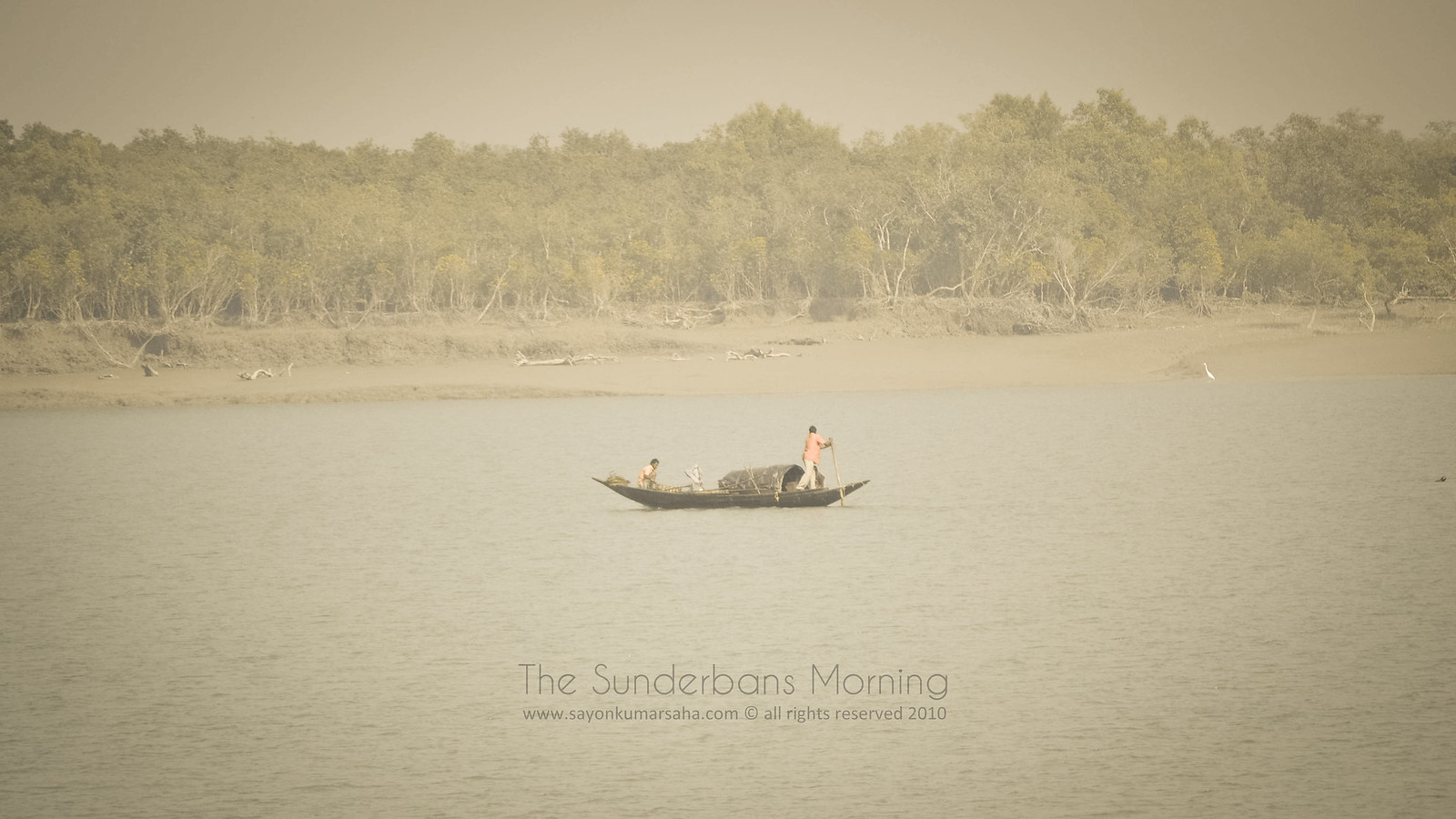 The freshwater swamps and the mangroves,
the silence in the stillness,
and the sudden glimpse of life.

Brewing in the mind the hardships of existence
of the travellers and dwellers in the land of marsh,
and the terrain of carnivore. 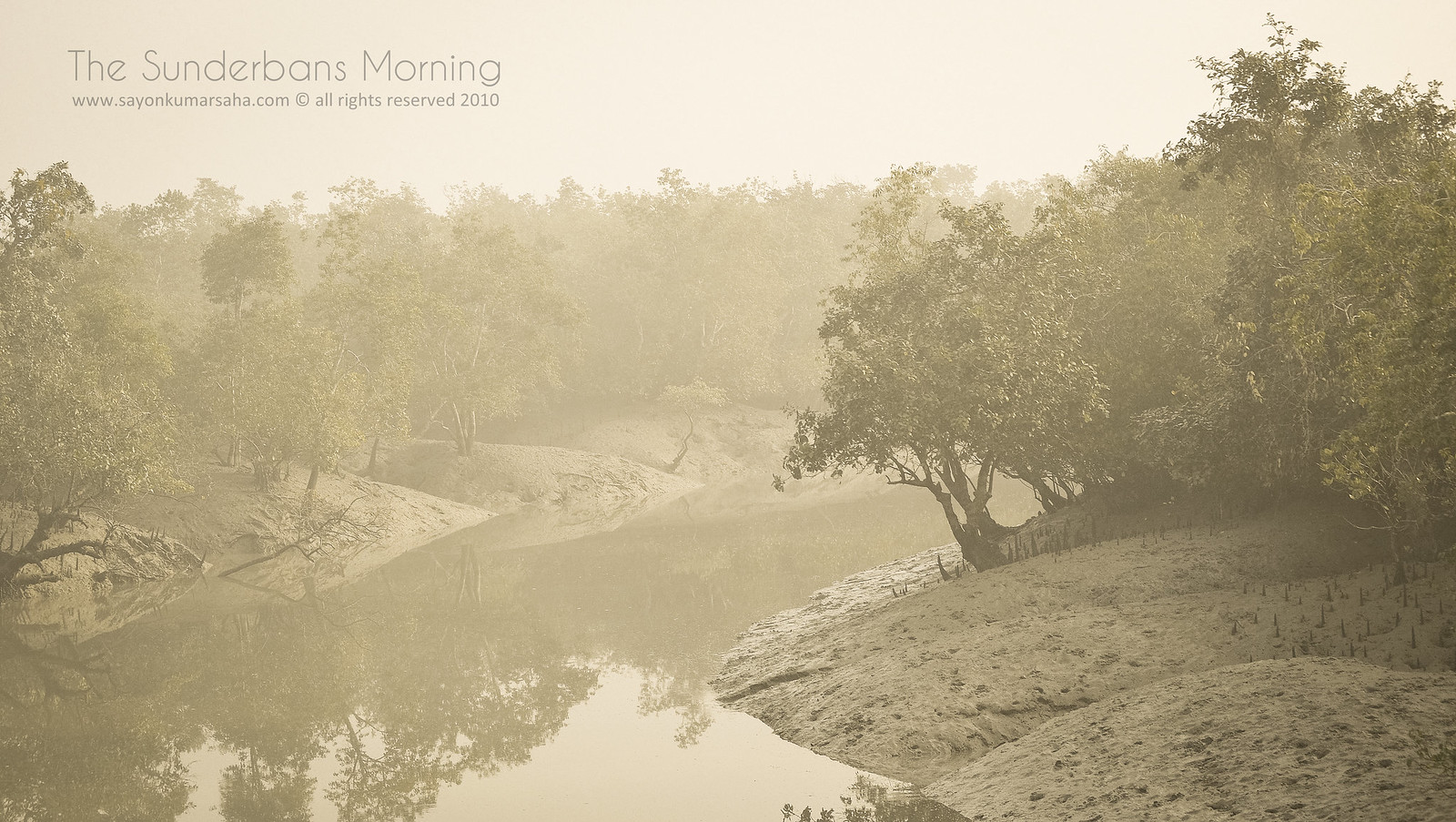 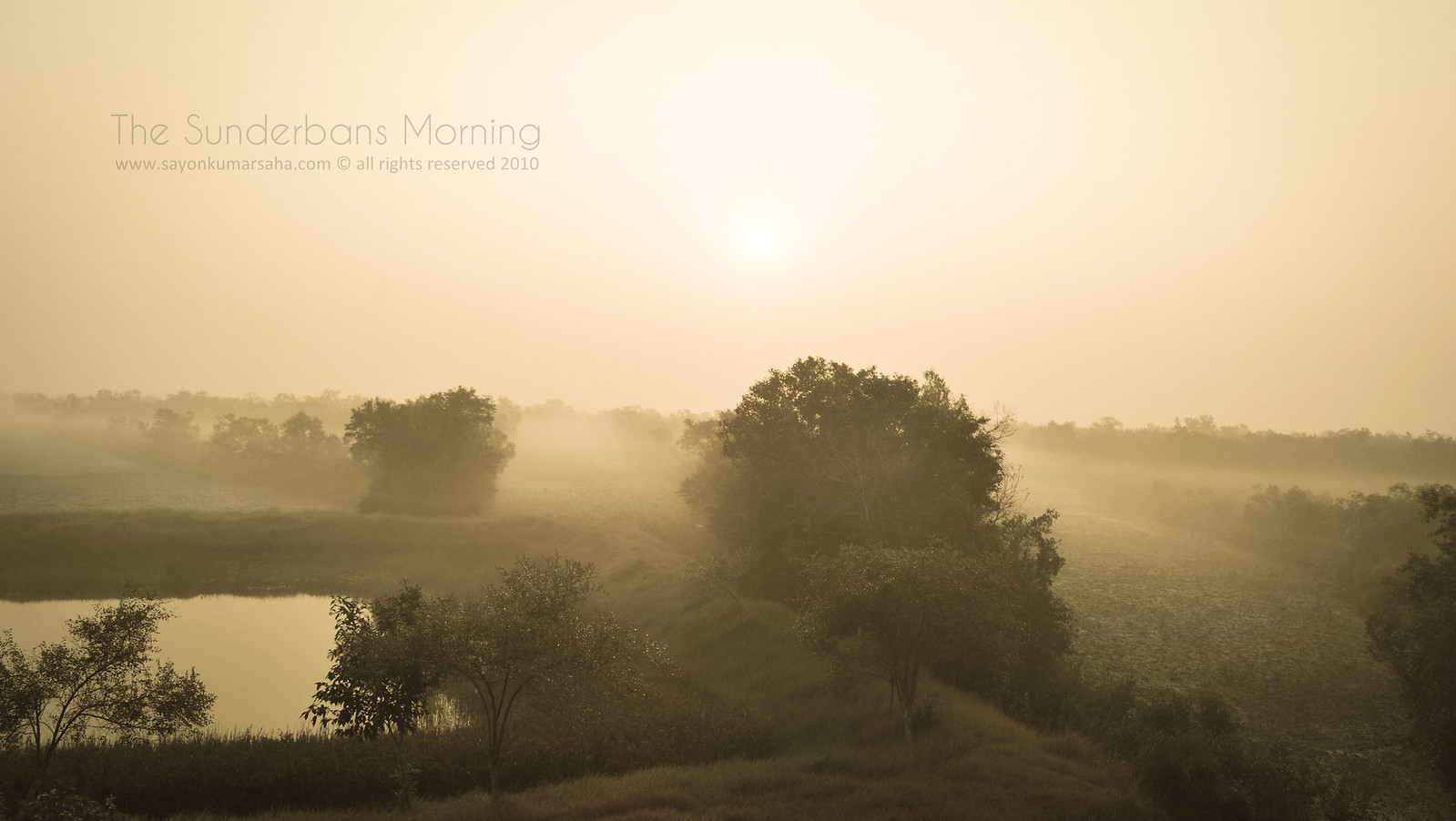 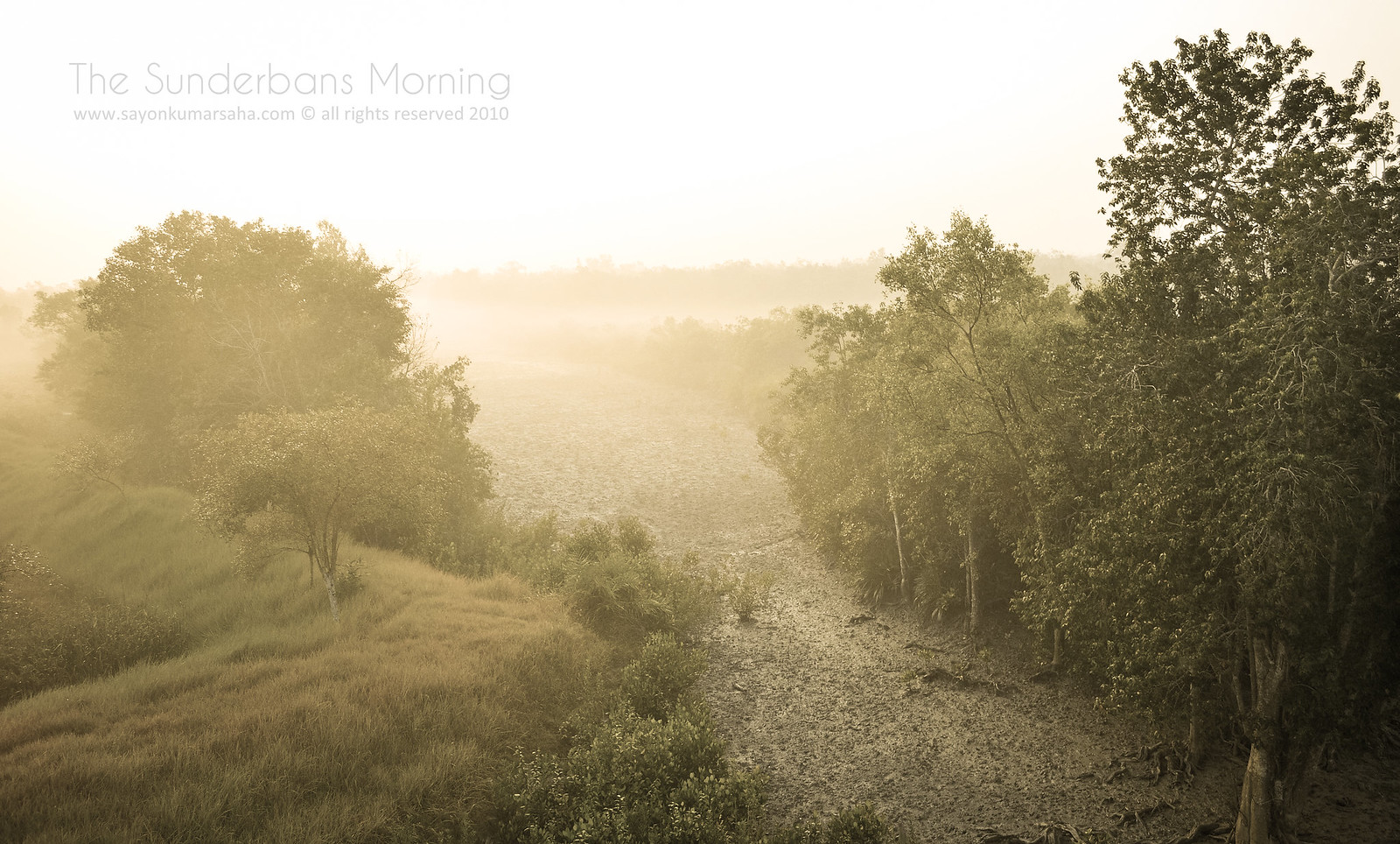 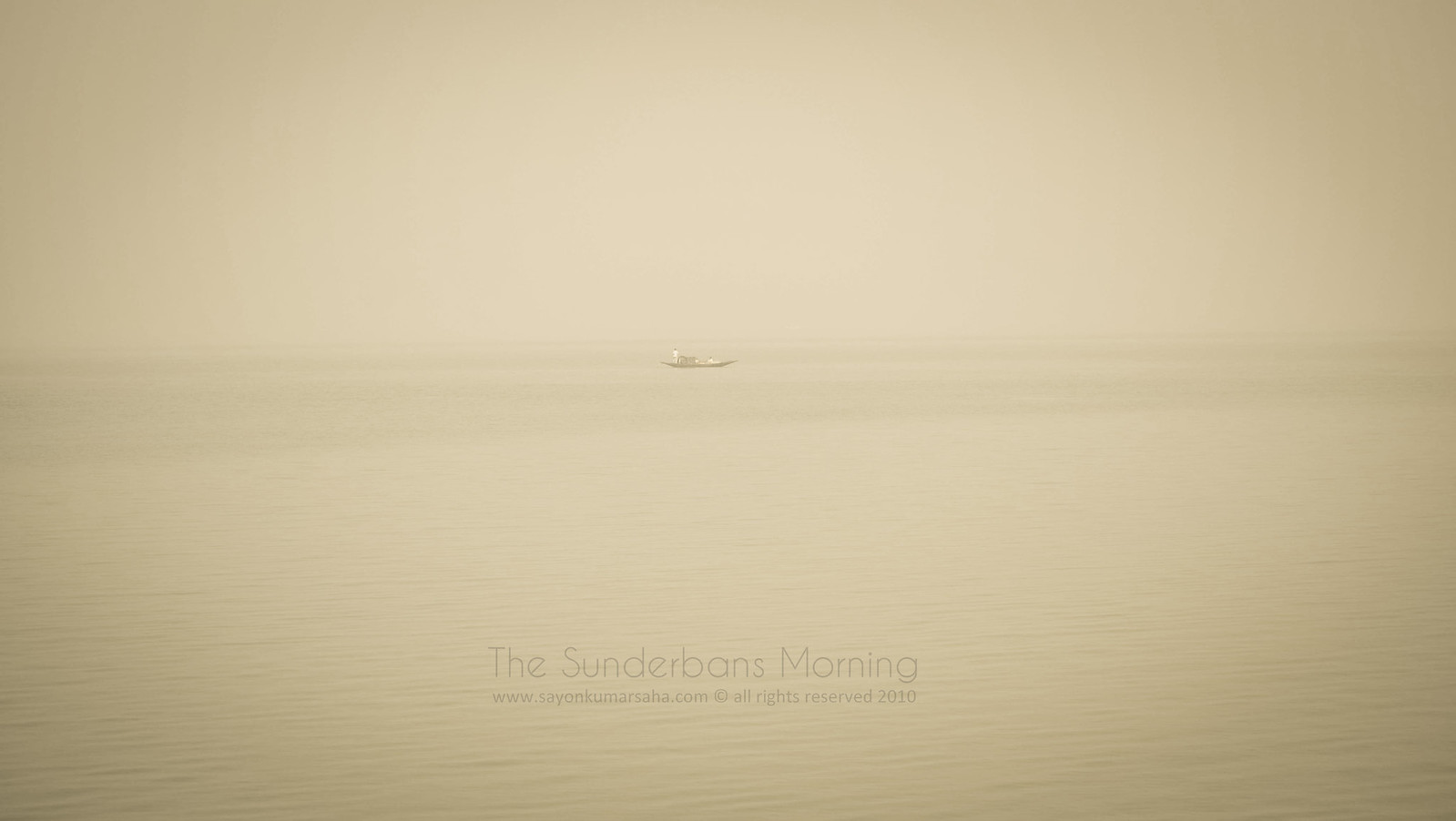 And through the mist and fog, the sun rises
trailing the forest, and burying the cold night.

At times the mind is vigilant,
looking for a tiger through the woods.

Only to gaze at the horizon and live the delusion.
The vastness and the bliss
of the Sunderbans Morning.