When the dawn of the autumn sky is shadowed by clouds and the rays of the sun play hide and seek then the feeling that blooms in the heart of a Bengali is ecstatic. Its again that time of the year when it is believed that Maa Durga along with her children comes from her husband Shiva’s abode in Mount Kailash in the Himalayas, to her parental home.

Durga Puja is the main festival in Eastern India. For a Bengali, Durga Puja is about a mixed bag of feelings. The feelings and the spirit retain its aesthetic flavour even when they are away from their home country. The Bengali community living in Düsseldorf, Germany had been celebrating Durga Puja since 2012. This year it was a privilege to witness the celebrations and plunge into the pool of rituals and events.

After a series of meetings and planning, finally the day came when all of us gathered at Goethe-Hafez-Saal at Brunnenstraße 21 to build up memories for our children and to refresh the emotions that we have been carrying along with us after leaving our motherland. The fragrance of the fresh flowers mixed with the scent from the burning incense sticks aroused the holy spirit of every individual who stood before the dainty idol of Maa Durga. The priest reciting Sanskrit chants glorified the holy feelings that everyone was carrying around while offering prayers. 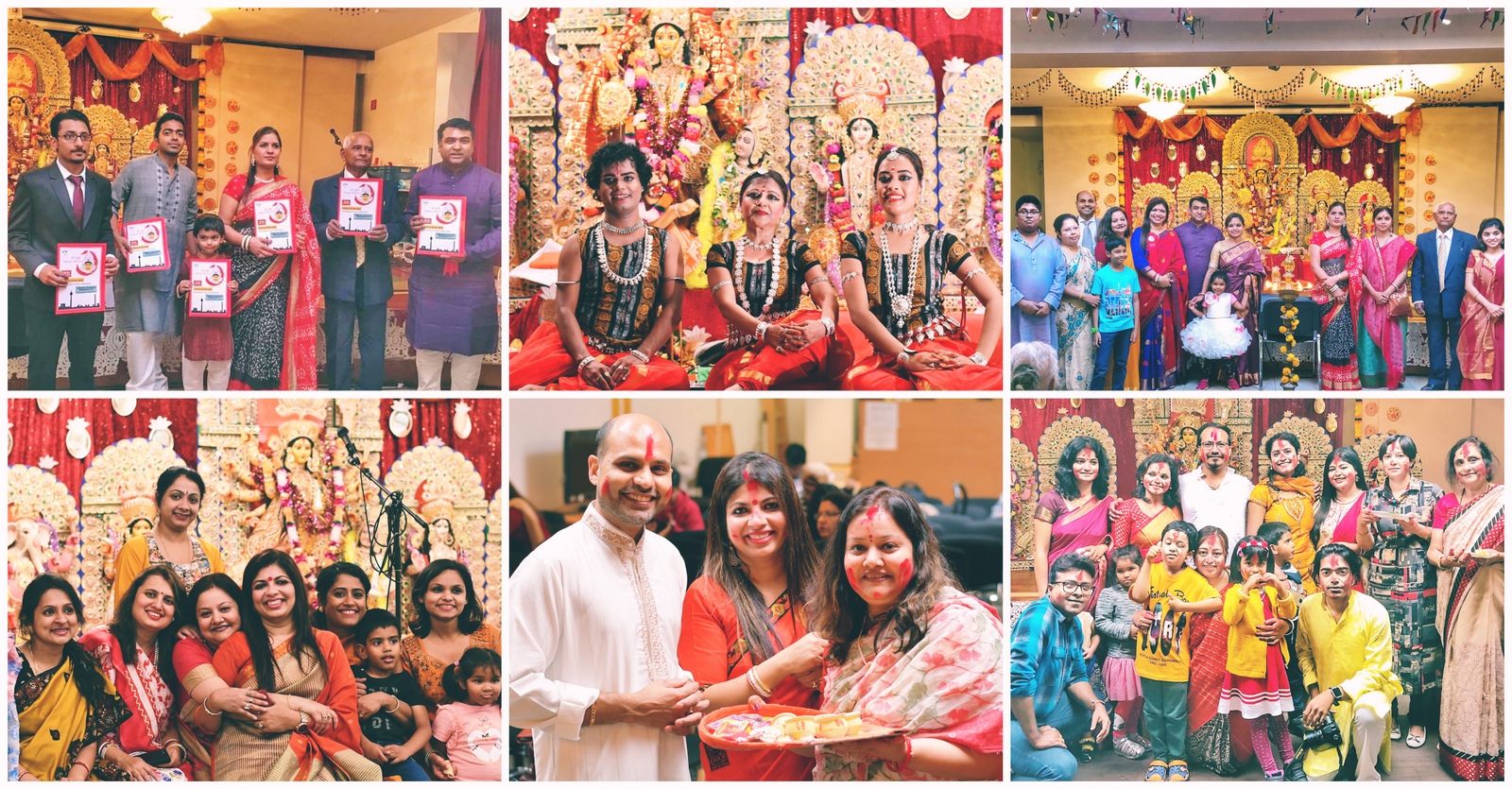 Individuals wearing traditional outfits meeting and greeting one another was ubiquitous. Children coming up with their own perception was something very special during this year’s celebrations. Evenings were packed with cultural activities with artists showcasing their gratitude towards Indian performing arts. The sound of the Conch blended with the vibrations from the Gong and the rhythm aroused by drumming of the Dhaak invited the positivity dwelling in every individual soul. Many people came forward and danced to the tunes of festivity paying their homage to Maa Durga, the goddess that represents Shakti or the super power. 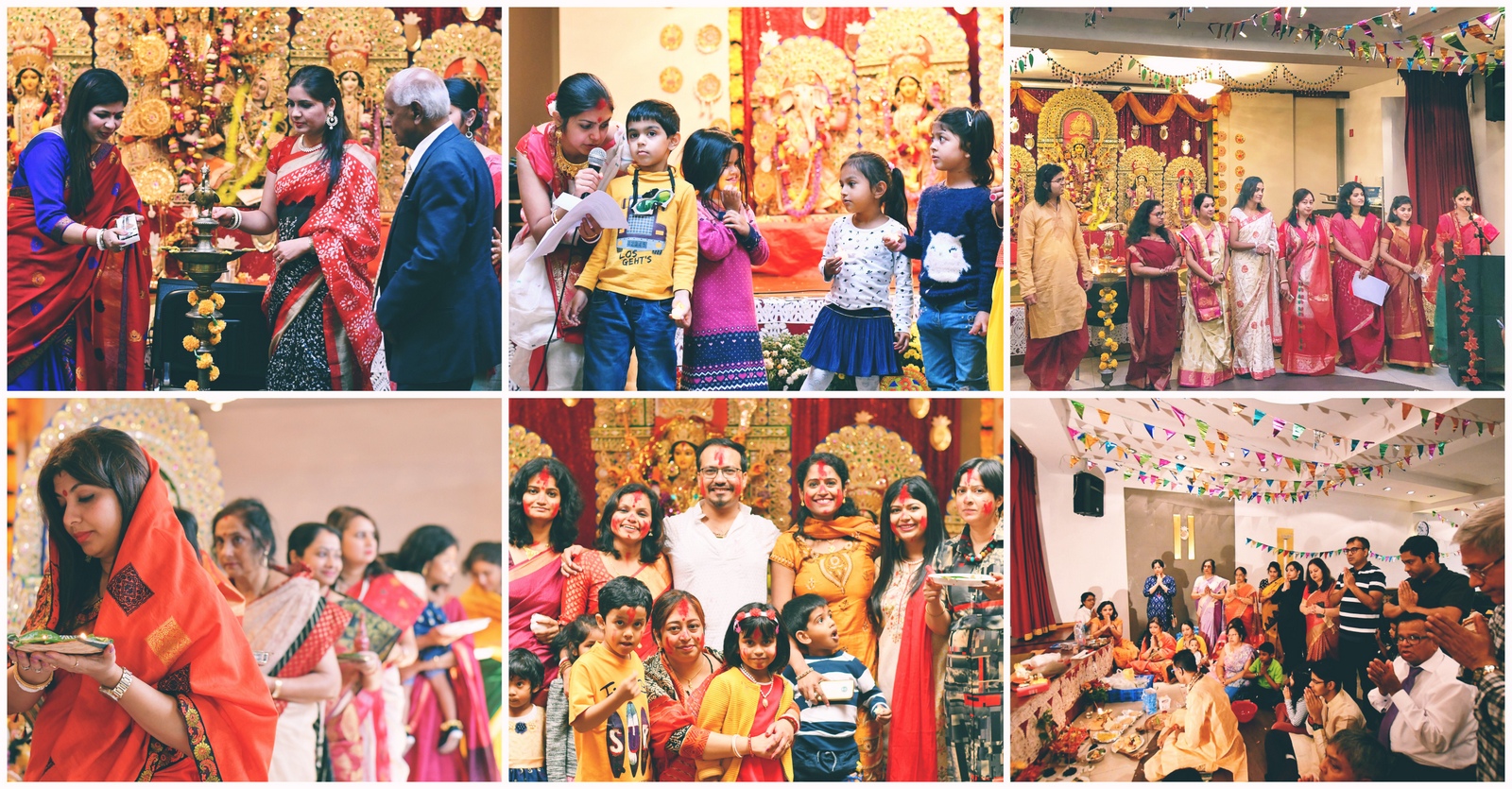 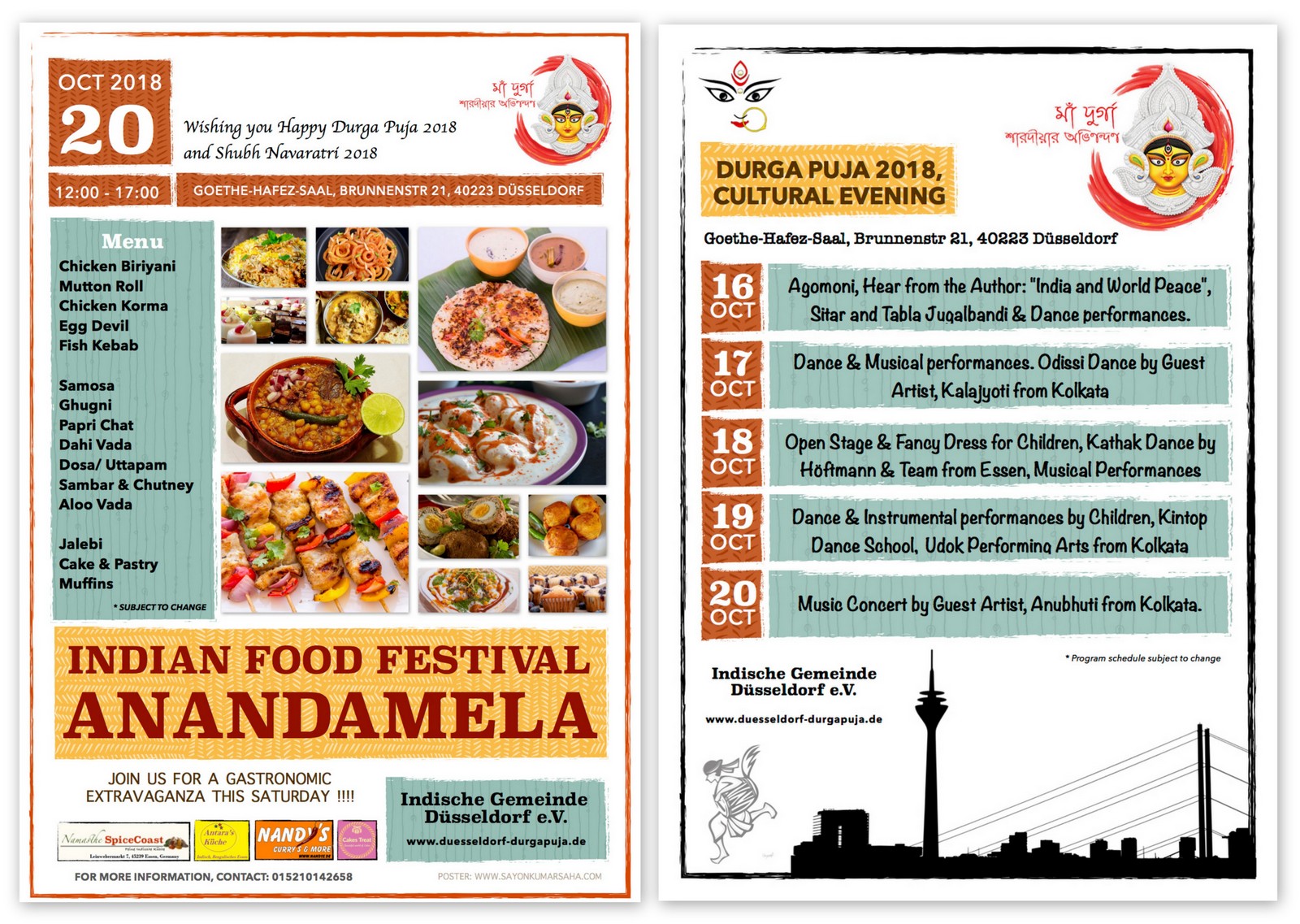 Bengalis and food can be referred as synonyms especially when it comes to festivity and celebrations. Despite being away from homeland the people of Düsseldorf had their taste buds quenched with a variety of Bengali cuisines. The “Anandamela” was one of the main attractions of this year’s Durga Puja. There was an array of love and appreciation coming up from the internationals who visited the food fest. 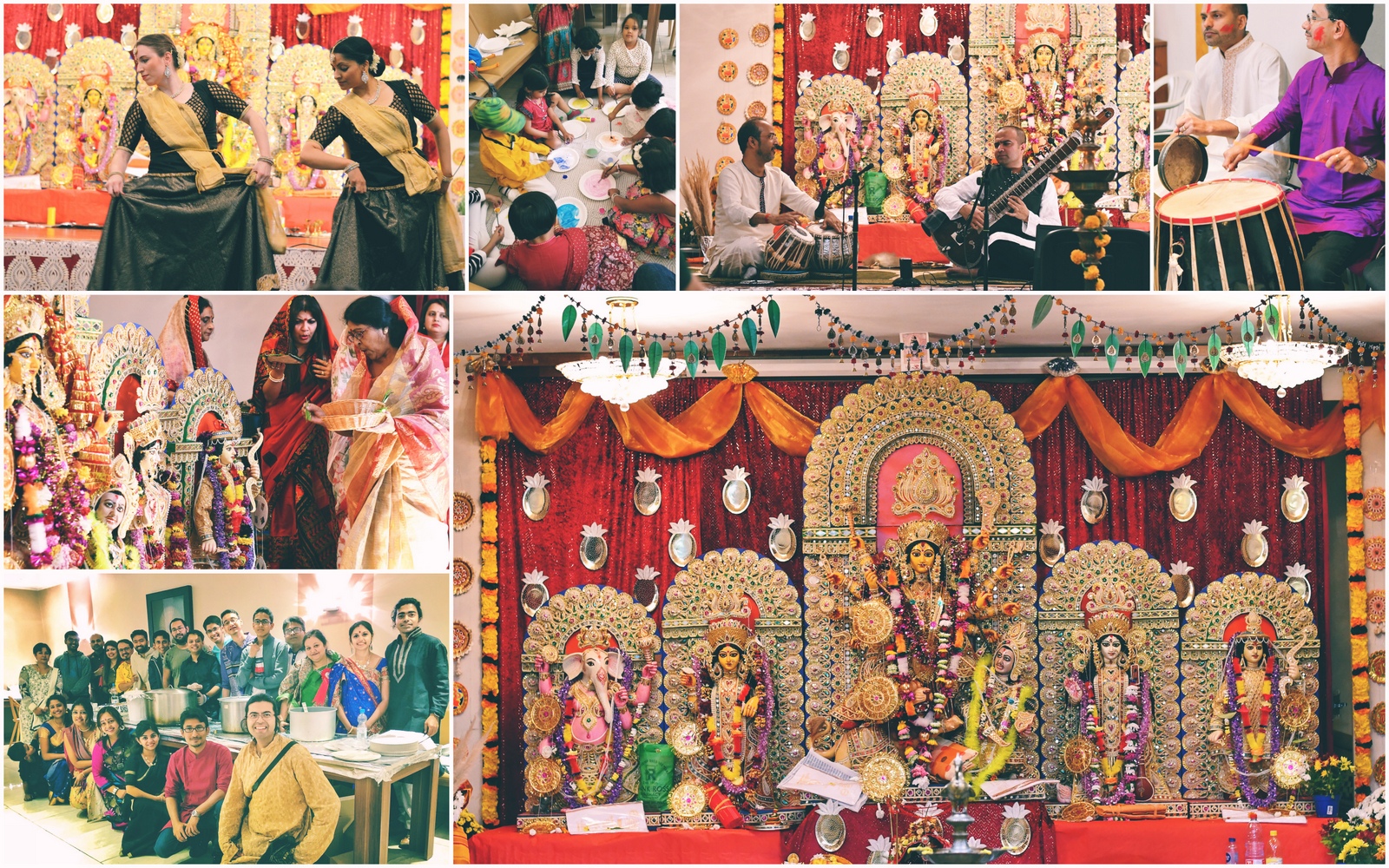 After five days of celebrations and festivity the day came when Maa Durga had to bade adieu with a whispering feeling in everybody’s heart that she is one of us and shall return again next year. The Durga Puja celebration holds a very special place amongst the residents of Eastern  India. Celebrating it with fellow Indians living in Düsseldorf, Germany was something extraordinary. No matter where we are, it is always a privilege to carry forward our roots and wear it as a badge with pride whenever given a chance.

Thanks to the guest writer for this blog, Ms Antara Chatterjee for letting us sneak-peek into the Durga Puja Celebrations in Düsseldorf, Germany.

Being a Bengali, Durga Puja had it’s own charm while growing up back home. Apart from pandal hopping, good food, meeting friends and family, it had become also become a ritual during 2010-13 to visit Kumartuli (Kumartuli: The Potter City) before Pujo and Bhashan (Rythm Divine: A Bhashan Story) later for photography.

Since the time I moved to a different continent, the festival for me had been different every single year. 2014 was the first year I was away during Pujo. All it had for me was a lot of home-sickness in a land I don’t even speak the language. And tiny-bit of cold foreign Frankfurt Pujo. I spent the 2015 Pujo traveling in Amsterdam without visiting any Pandals, and instead celebrating insane university examinations. 2016 got me familiar with the warmth of “Probashi Pujo” at Zürich with lovely hosts. Finally I seemed to settled down in 2017 at Düsseldorf when I visited the Pujo here and met some good people around.

This season I feel blessed to be fully involved in organising this successful “Probashi Pujo” with 2000+ people visiting in less than a week ! Preparations began some 3-months ago when every committee member of Indische Gemeinde Düsseldorf started working extremely hard with their responsibilities. I personally started by diving into designing flyers and brochures that went across German streets. And later during the week of Durga Puja, it was a different experience all-together to be on the organising end! ❤️