The German Christmas traditions! I know most of it from one my German friend Annalena. She told me about advent calendar just when December had begun, and it sounded very interesting.

The calendars are usually made of cardboard and have 24 small windows or flaps, one of which is opened on each day (in each box or bag there is a little present for each day for the children) leading up to Christmas. She in-fact gifted me one the next Christmas in 2015! 🙂

Soon I followed Eva‘s incredible advent calendar photographs  and I was mesmerized. I consider myself lucky that I met her later at the Christmas Market when Christine had been kind enough to invite me to for her film shoot.

Well, getting back to Christmas. The next thing Annalena told me about was Saint Nicholas. December 6th is St. Nicholas’ Day and I was at Lambrecht on that day for the Intercultural Weekend. Our guide Nicole told us more about it and we lit a candle. “Der Nikolaus” brings some small gifts, such as sweets and chocolate, to the children. He comes in the night between the 5th and the 6th and puts the presents into the shoes of the children, who usually place them by their doors on the previous evening. Now, Germany is well known for its Christmas Markets where all sorts of Christmas foods and decorations are sold. I had already started having Christmas food and stuffs right from the end of November.

The baked apples and variety of Christmas cookies are always fun. Talking of food good food, the Lambrecht Christmas special dinner with duck and wine has been the most grand so far! Even in the German Language class, Lena brought us Kinder juices and a lot of cookies and chocolates on the last day of class before Christmas. She’s a real fun lady and she taught us so much about the German traditions regarding the festival. I loved the kindergarten Christmas song, Weihnachtslieder deutsch a lot which she sung to us at times! 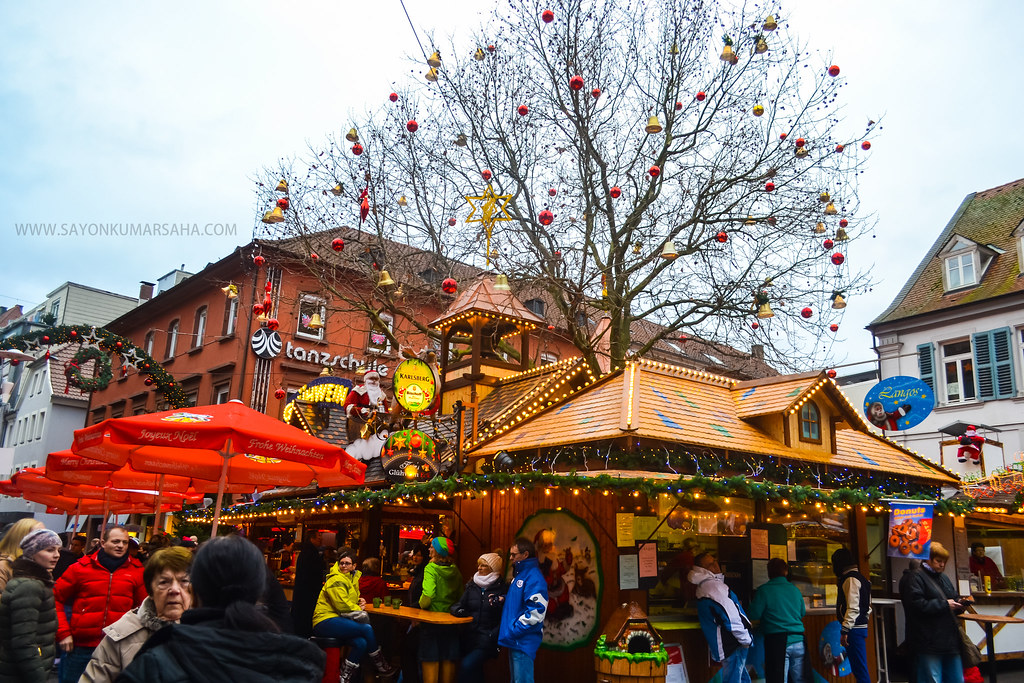 Visiting Christmas market every now and then has always been a good recreation. The one in Kaiserslautern was lively but small.

I made it a point to visit the one at Speyer as well. It was really nice with so many people all around in the chilling cold, enjoying with friends and families in festive mood. 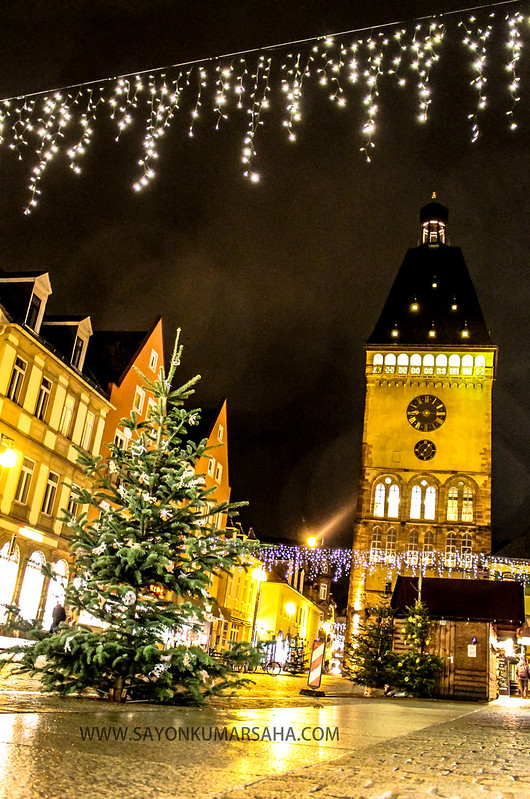 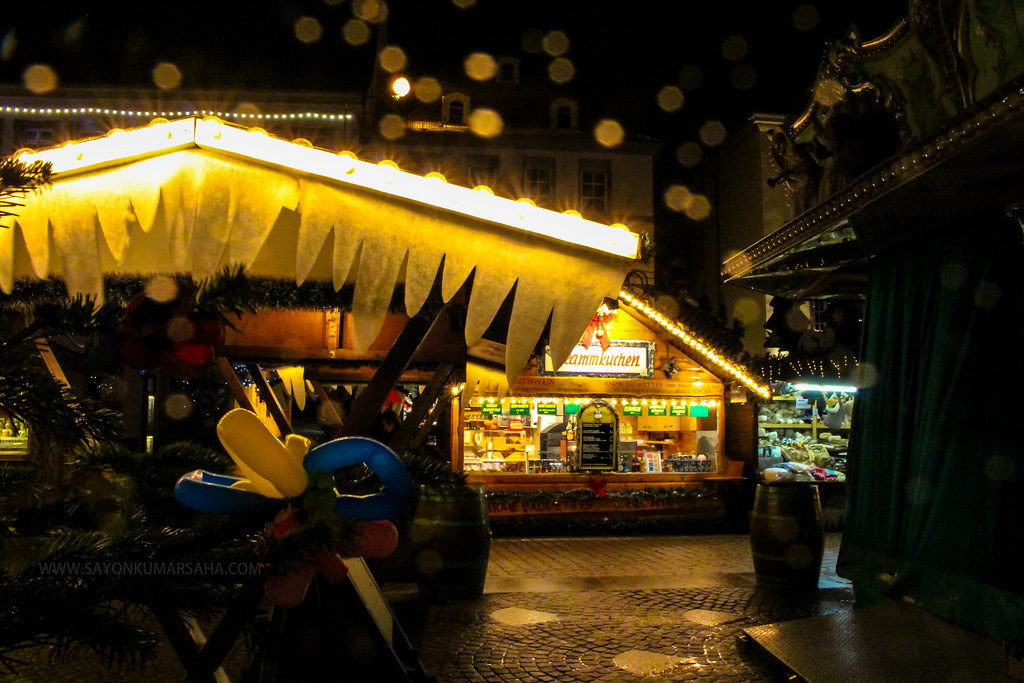 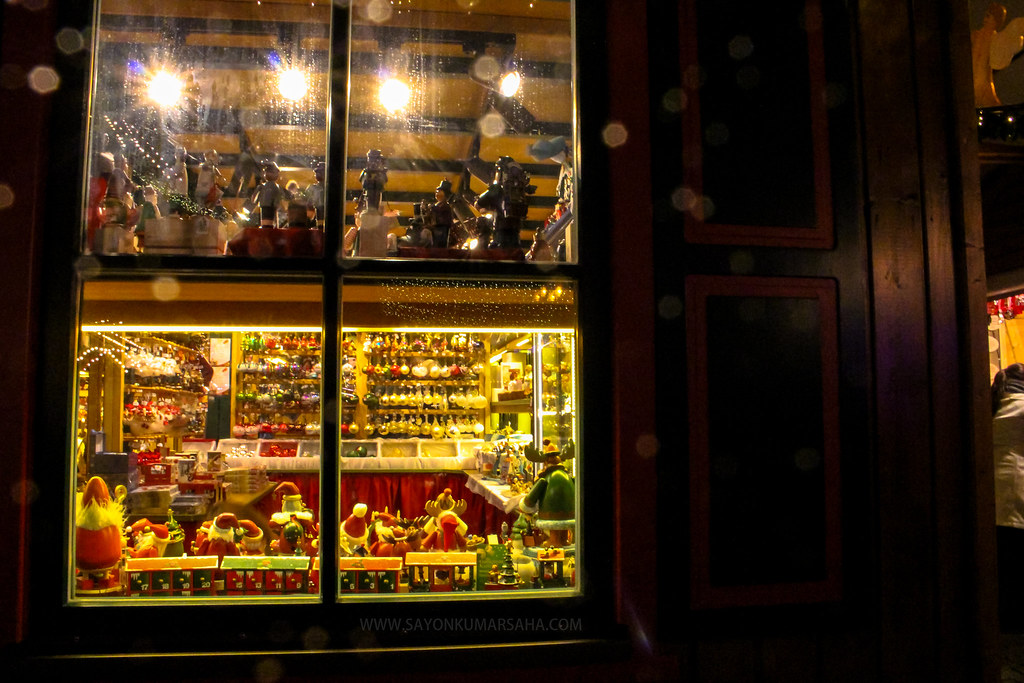 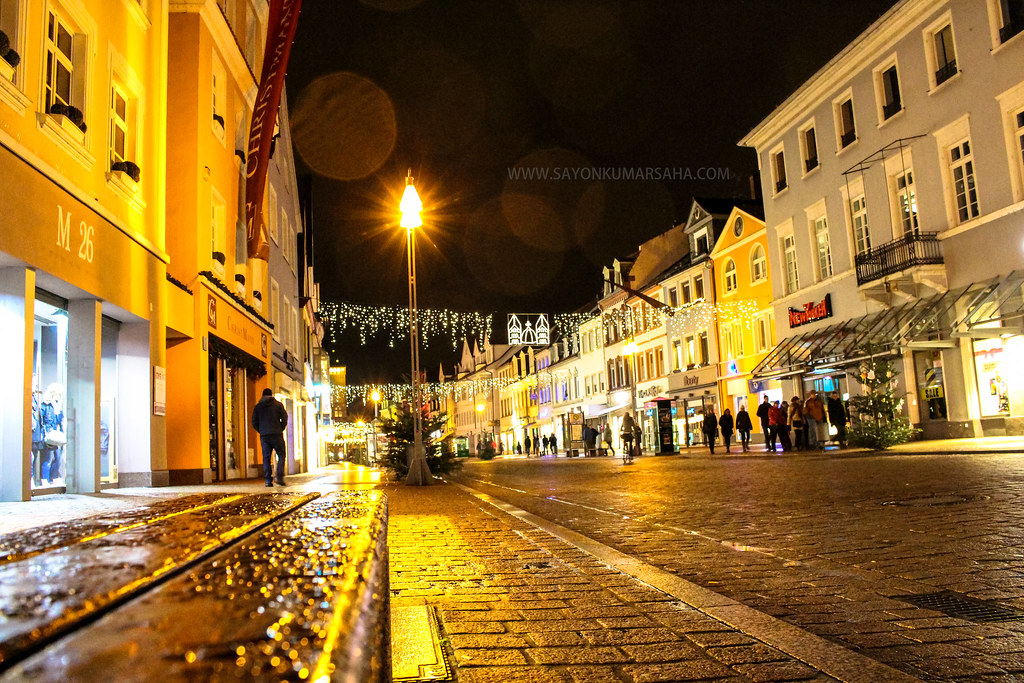 On the eve before Christmas, we went to the nearby church at Merinekirche with Mrs. Bomar and her grandchildren. 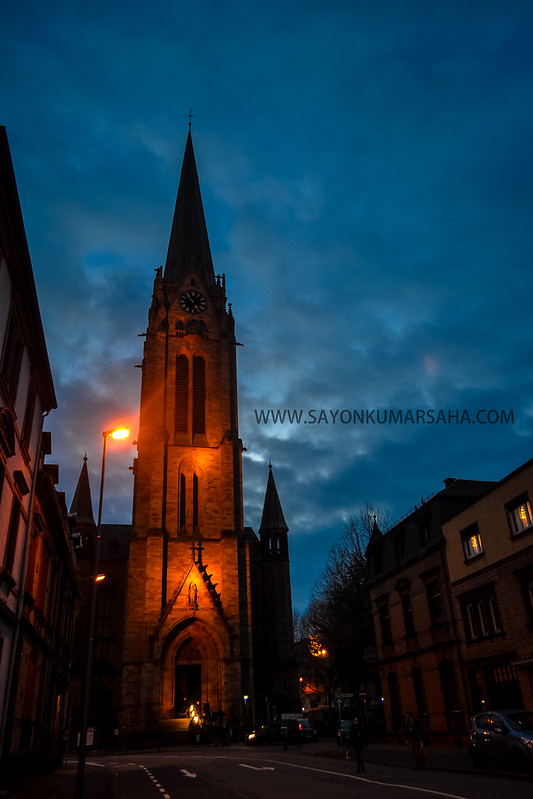 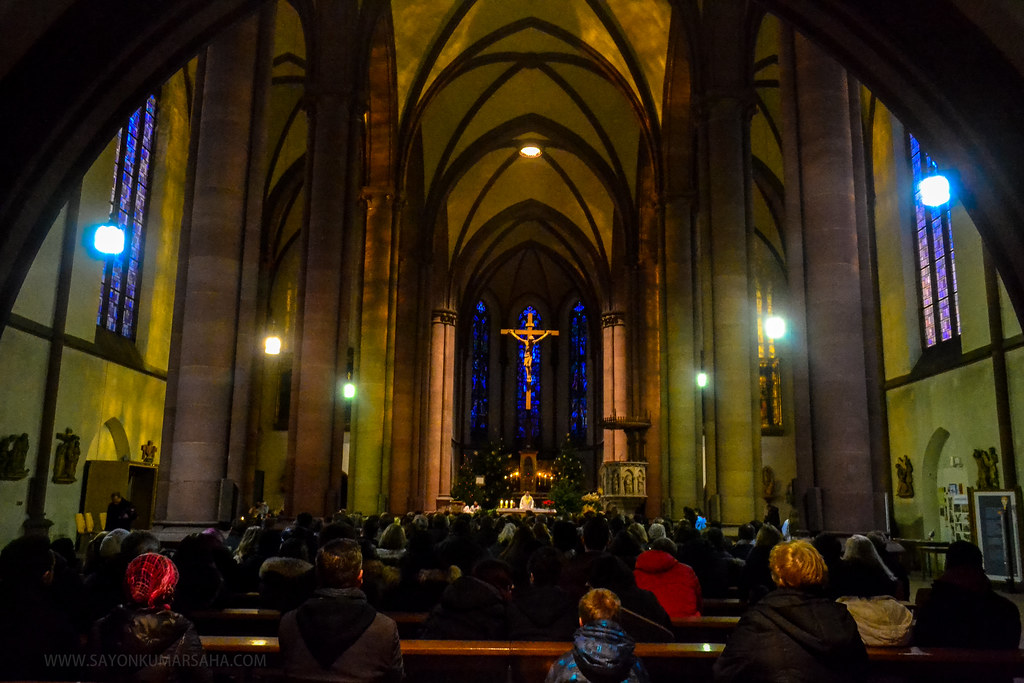 It was good meeting the lively and joyful 7 years old twin Michelle & Fabia. 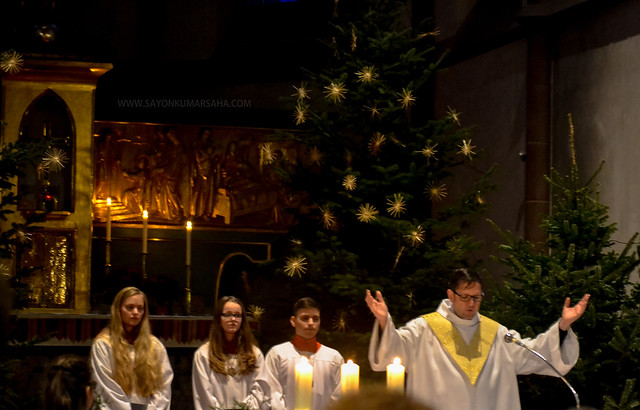 Although I could not really verbally communicate with them in German apart from the introduction, but it was a good interaction. 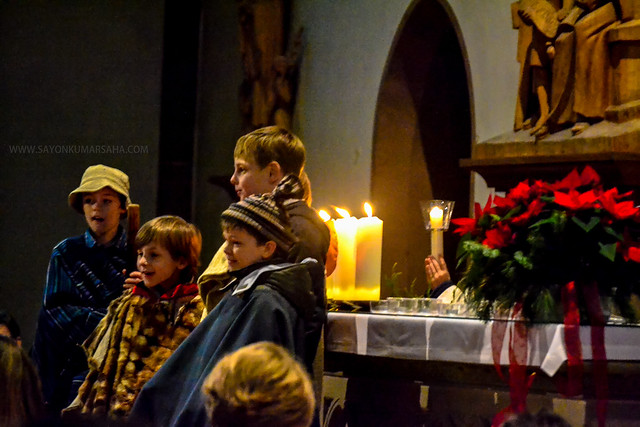 At the church, it was beautiful.

Parent and grandparents had gathered along with their little children for the holy prayers and offerings. 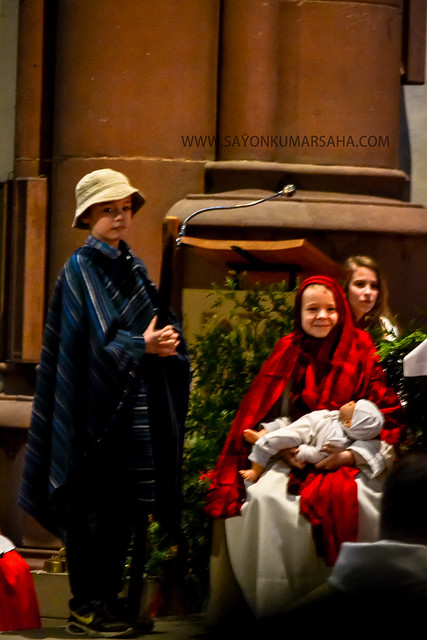 Children performed a play depicting how Jesus Christ was born and narrated the historical story to the kids. 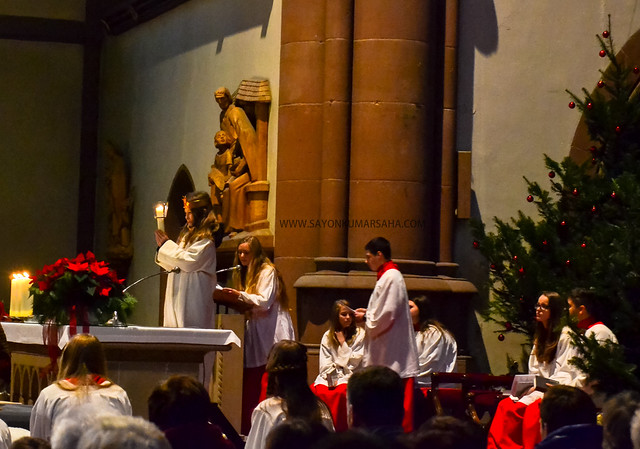 Although everything was in German, but it was really nice to be a part of the evening at the church. 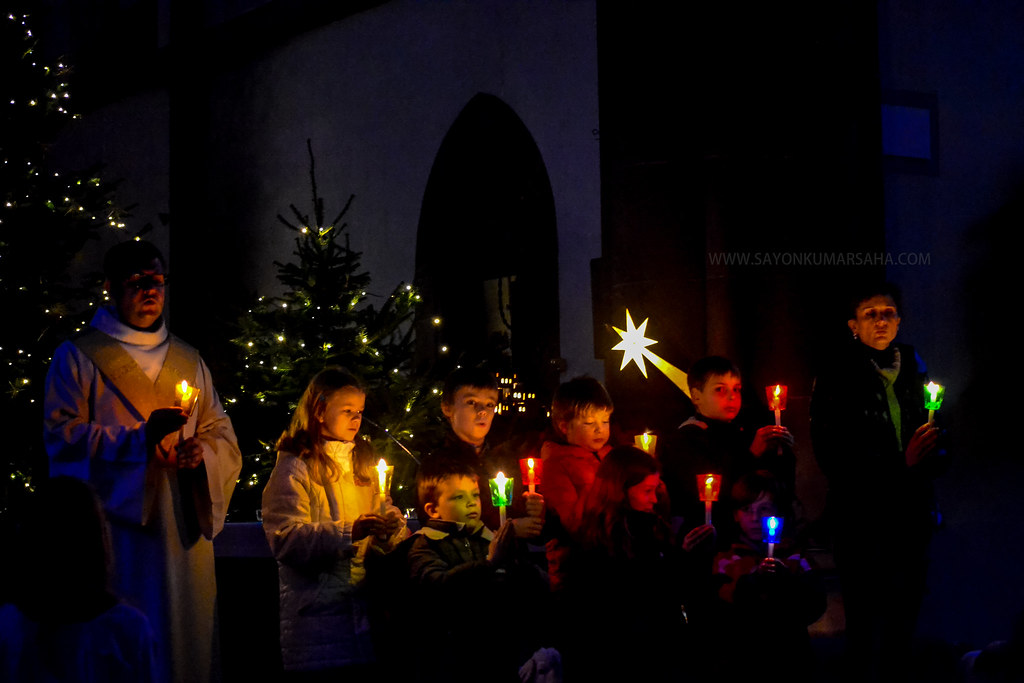 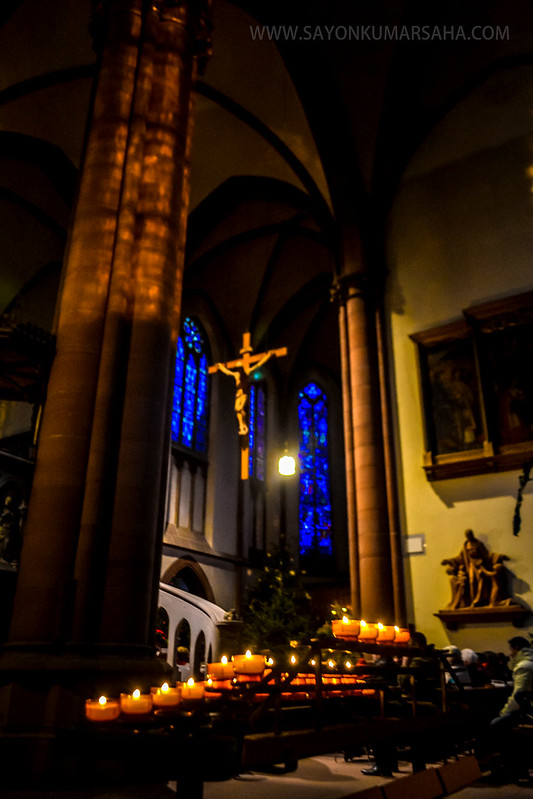 The German Tannenbaum (Christmas Tree) is all lit up and decorated everywhere around. It looks wonderful around. 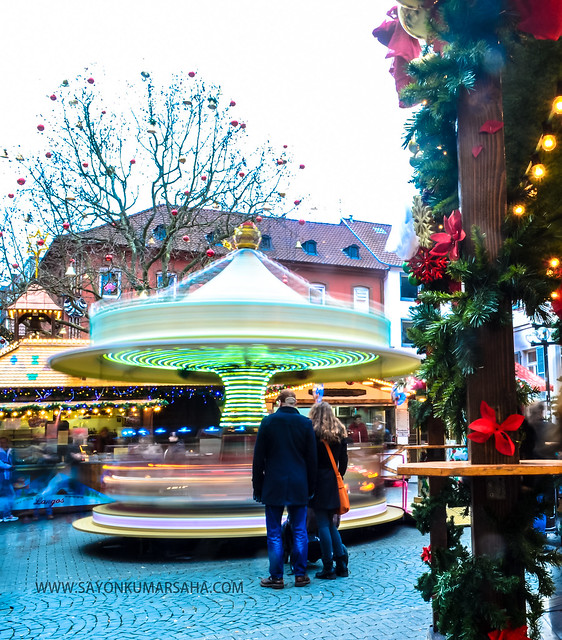 Being my first Christmas here, I did not really travel much out of my niche. Maybe some more beautiful Christmas photos next year. On the eve of Christmas everyone would probably be having grand dinner at home. I’ll probably party a bit with some friends coming down at my place. But yes, that’s the time I feel terribly homesick. I have been missing home and the people I love, right from the day the Christmas mood had set in the foreign land.

Have a good holiday. Frohe Weihnachten. Merry Christmas to one and all. 🙂